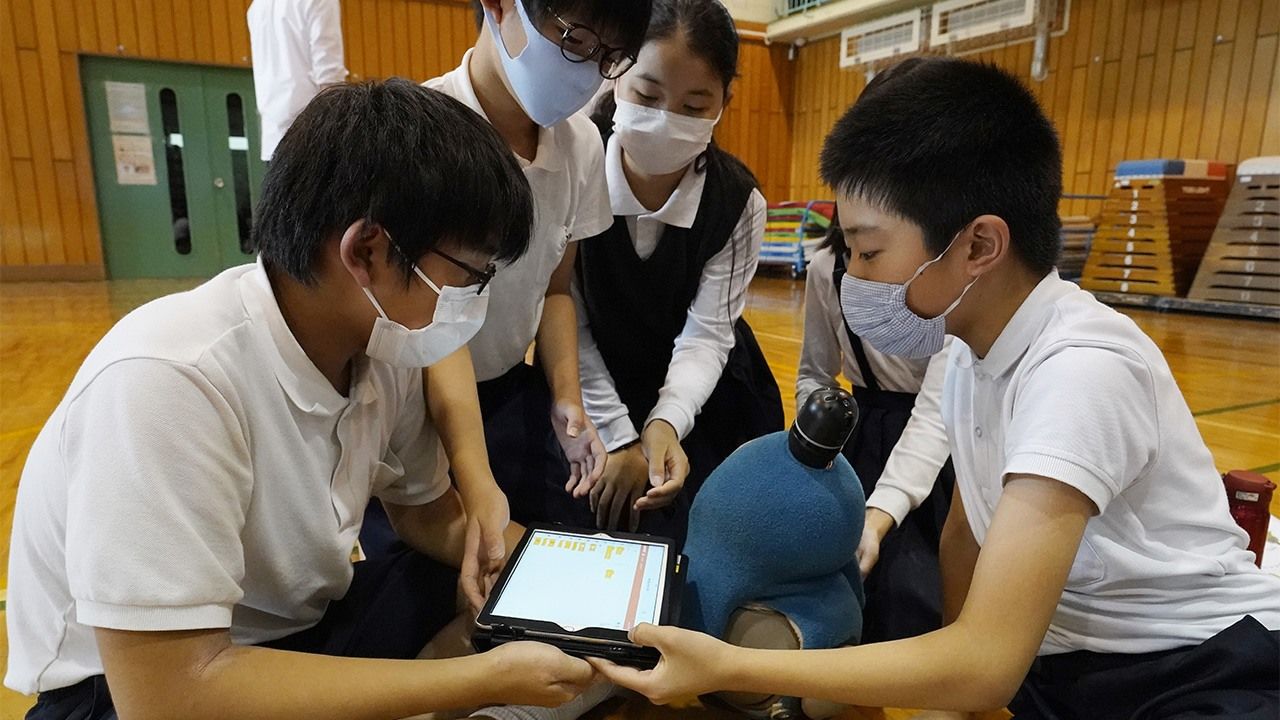 Science Technology Education Apr 9, 2021
A 2019 survey of Japanese schools found that few had enough tablets for students to have one each.

“Students at elementary and junior high schools will be provided with one device per child and high-speed high-capacity communication networks will be established at schools.” This was the concept for the GIGA School Program, established by the Ministry of Education, Culture, Sports, Science and Technology (MEXT) with a March 2021 target for the completion of installation of the hardware. However, doubts remain as to whether if it can be put to effective use, as ICT has rarely been used fully effectively in schools.

The Japan Association for Promotion of Educational Technology, which is pushing for greater use of information technology in education, conducted a nationwide survey in August to September 2019 that targeted a selected 3,337 public elementary schools and 1,913 public junior high schools. Only 12.1% of schools answered that they had “prepared a device for each student” or “prepared enough devices for at least one out of three classes.” 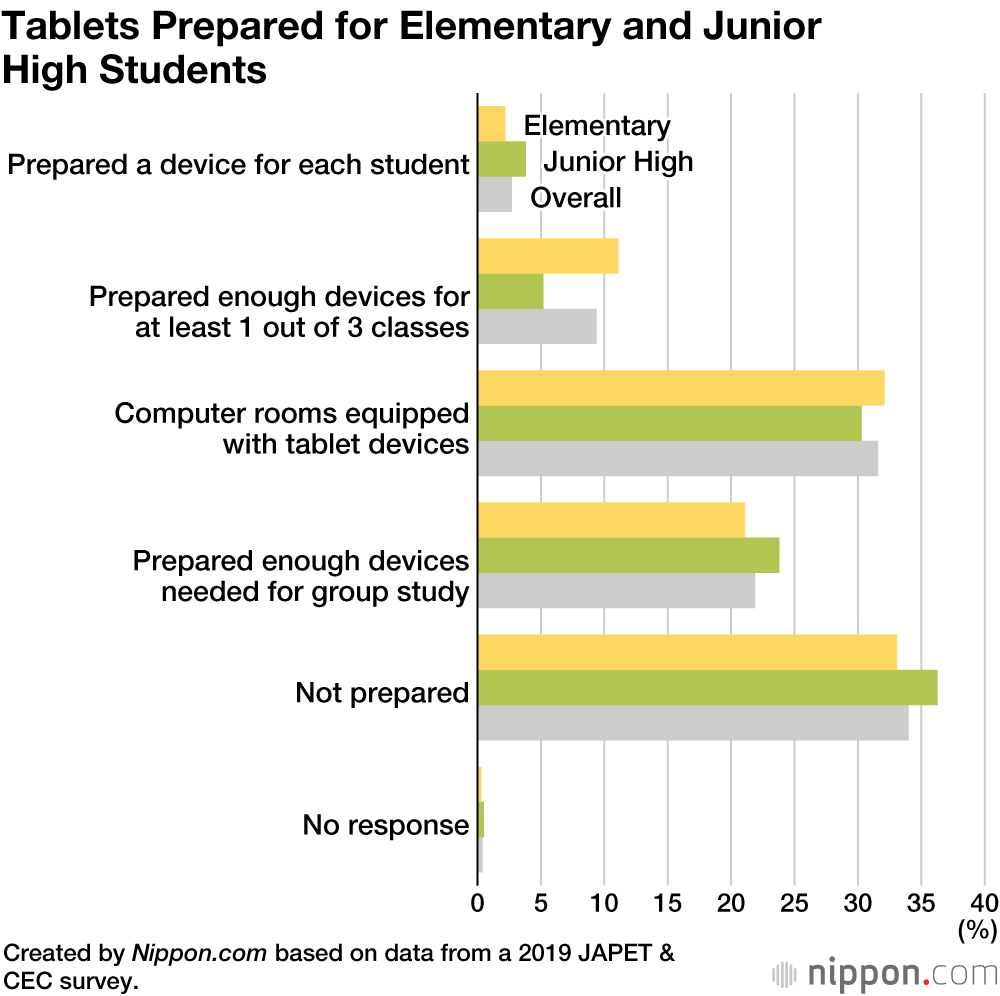 Of the schools that had prepared tablets, 87.5% did not allow students to take them home. In addition, even in cases where they could take them home, some were using the devices without connecting to the network, and it has been rare that they have been fully utilized at home.

This survey is conducted every two years and it is hoped that a comparison with the results of the 2021 survey will give a better understanding of the GIGA School Program’s progress.