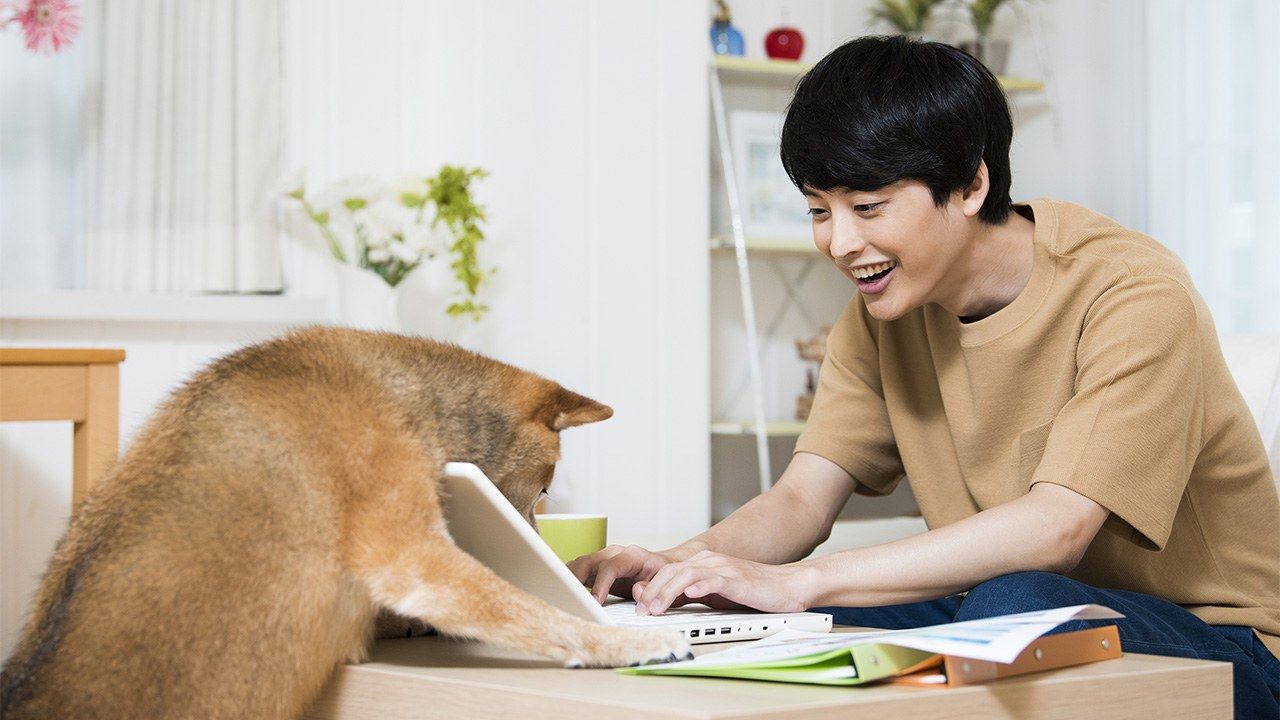 Society Work Apr 19, 2021
Working from home may have agreed with last year’s new recruits in Japan, as a survey found they retained their enthusiasm better.

The Tokyo-based firm Recruit Management Resources has surveyed new employees on how they feel each year after they join their companies. It has gathered data from 23,000 people between April 2015 and February 2021.

Based on self-assessment by new recruits on motivation and workload, Recruit divides them into five categories: “enthusiastic” at the top, followed by “somewhat enthusiastic,” “uncertain,” “at one’s limit,” and “exhausted.”

The annual average for the six years of research showed how initial enthusiasm diminished as the year went on. 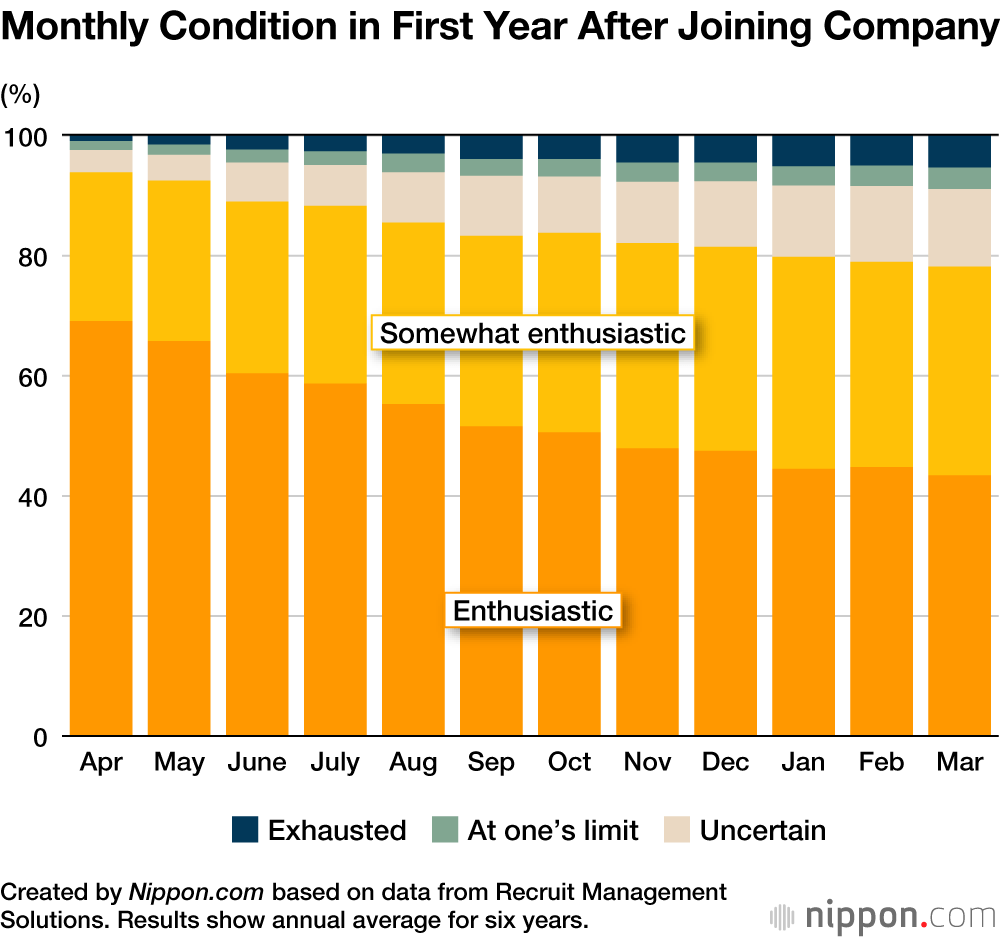 By year, the five years from 2015 to 2019 all show a similar decline in the percentage of top condition employees.

However, when comparing the work year starting in April 2020 to the average, the number who maintained their top form remained higher, and very few got down to “at one’s limit” and “exhausted.” Looking at February, the combined percentage of “enthusiastic” and “somewhat enthusiastic” was the highest ever at 85.6%. Apparently, the digital native generation has had no difficulty adapting to online training or remote working in many cases, and without the effort of dealing with people in the workplace, they were able to get through their first year as employees in good condition. 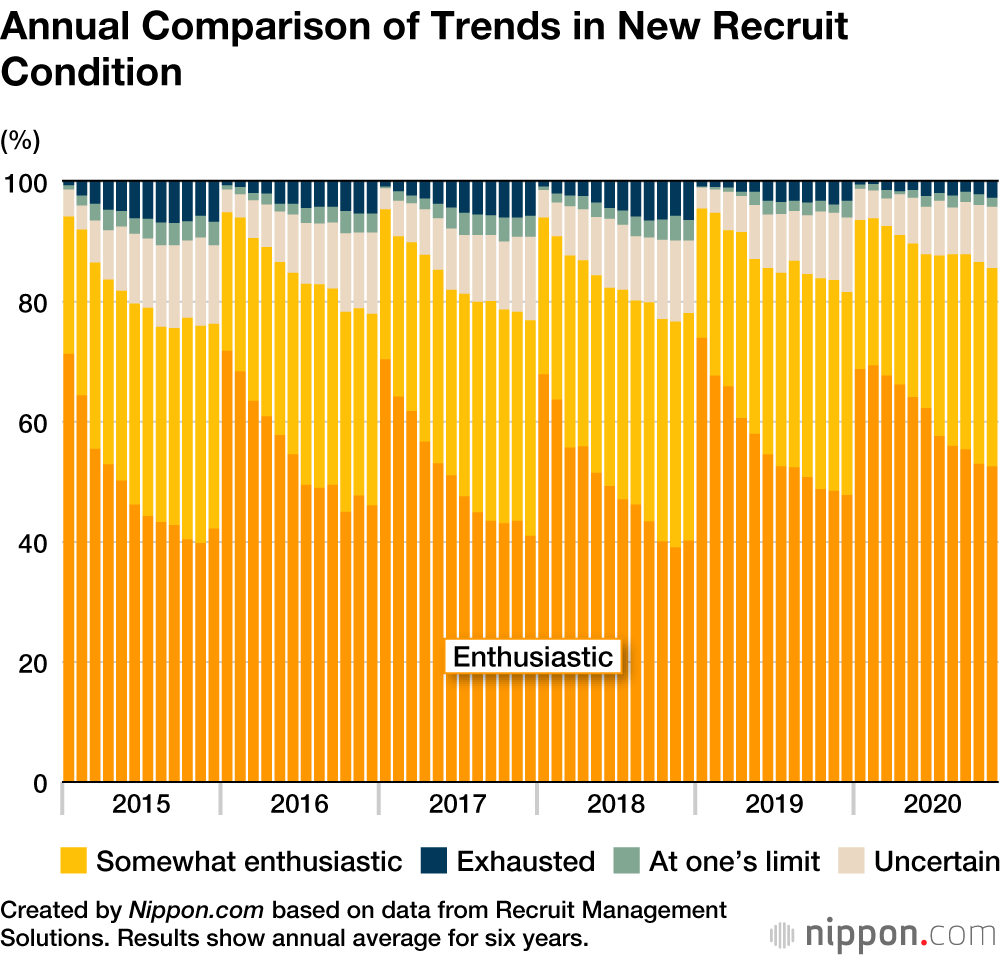 According to Recruit Management Solutions, “over the short term, there’s a drop in workplace-related stress from not interacting much with bosses or colleagues, but the lack of communication in comparison to the past also has the downside of not being able to gauge one’s progress fully. Among other things, it can make it difficult to accumulate various offline experience, and to build relationships with people in the office not directly related to one’s own work.”