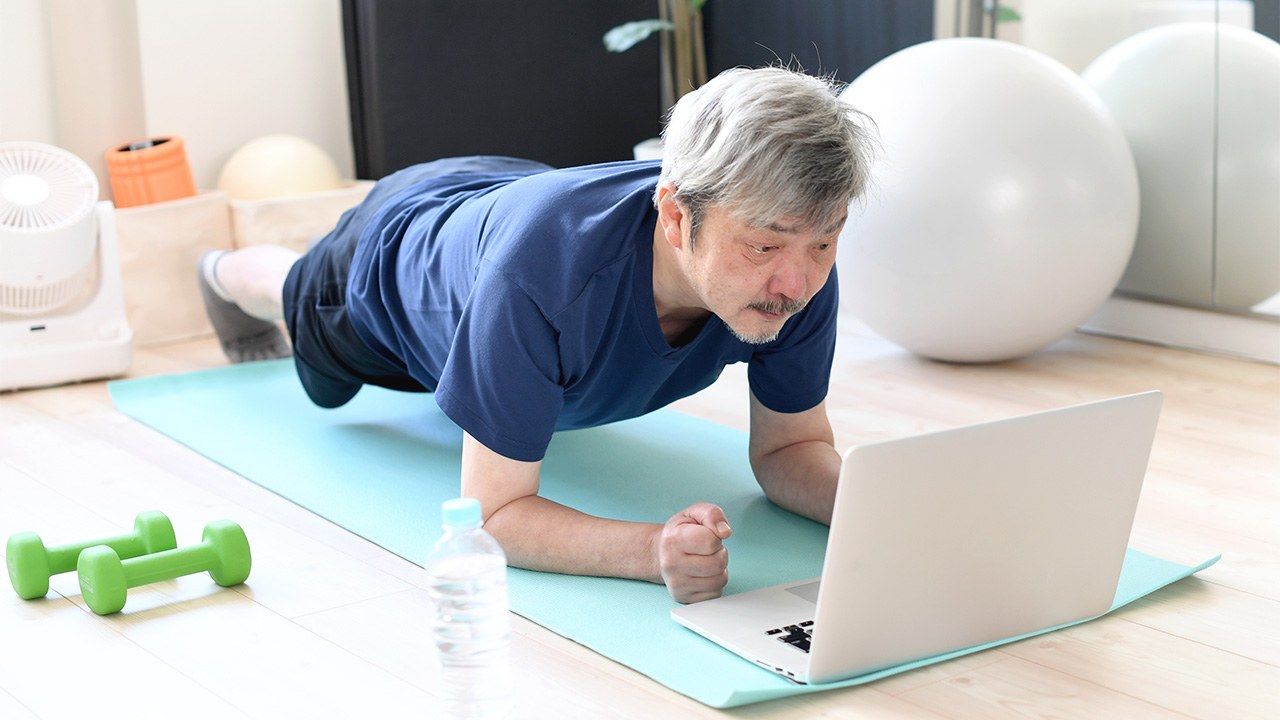 Apr 22, 2021
A recent survey found that the COVID-19 pandemic has not quelled exercise habits in Japan, even as many now working from home lost the little exercise they got walking between home and the station.

The pandemic has transformed the patterns of life dramatically, as people come into less contact with each other and spend more time at home. Spring 2020, when Japan declared its first state of emergency, saw training gyms and parks go under strict usage limitations, and all kinds of sporting events were canceled. However, according to the Sasakawa Sports Foundation’s Survey on Sports Life, conducted every other year since 1992, many people still maintained exercise habits despite the enormous changes.

The percentage of people answering that they engage in sport “at least once a week” and “at least twice a week” has been gradually increasing overall since the survey started in 1992, despite a slowdown since 2012. However, in 2020 both responses reached their highest rate since the survey began. The “active sports population,” which is defined as people exercising twice a week or more, for 30 minutes or more per session, and with an intensity of “somewhat strenuous” or higher reached 22.1%, which is the highest level since 2018. 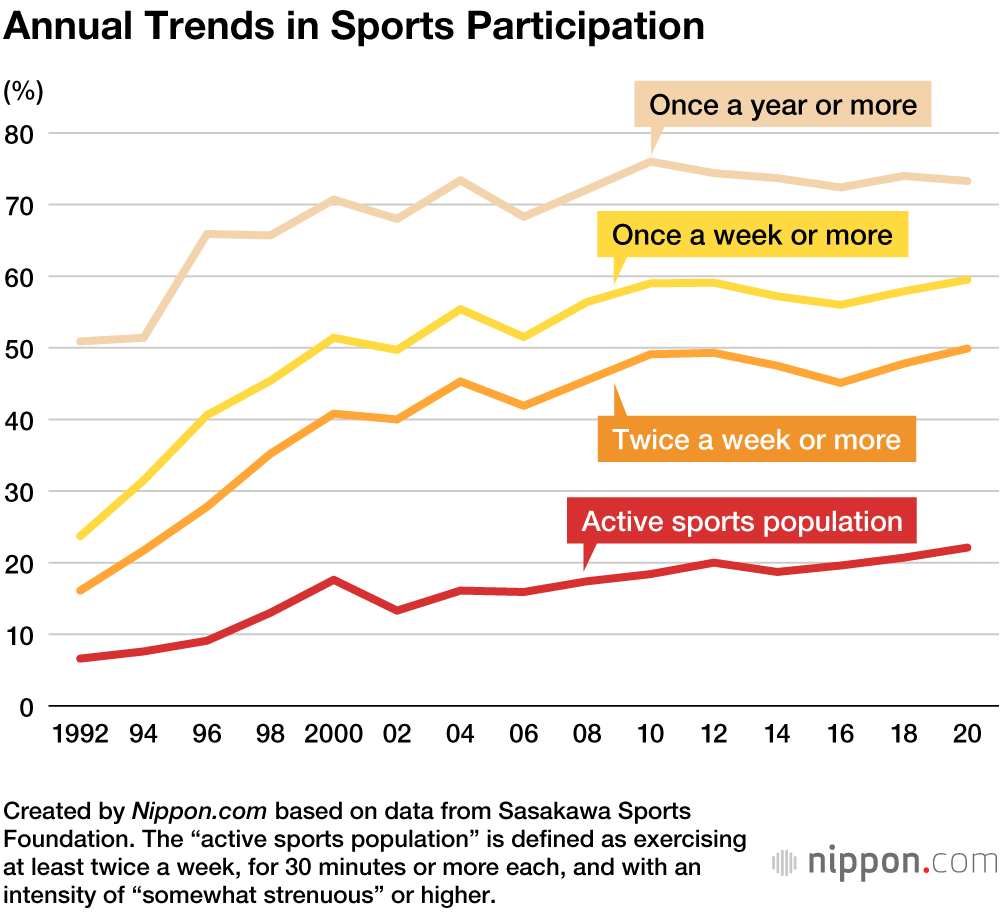 Although there are slight variations between survey years, the number of people who got no exercise at all has decreased, while the percentage for the active sports population has gradually grown. That trend continued in 2020, with many people maintaining active exercise habits. 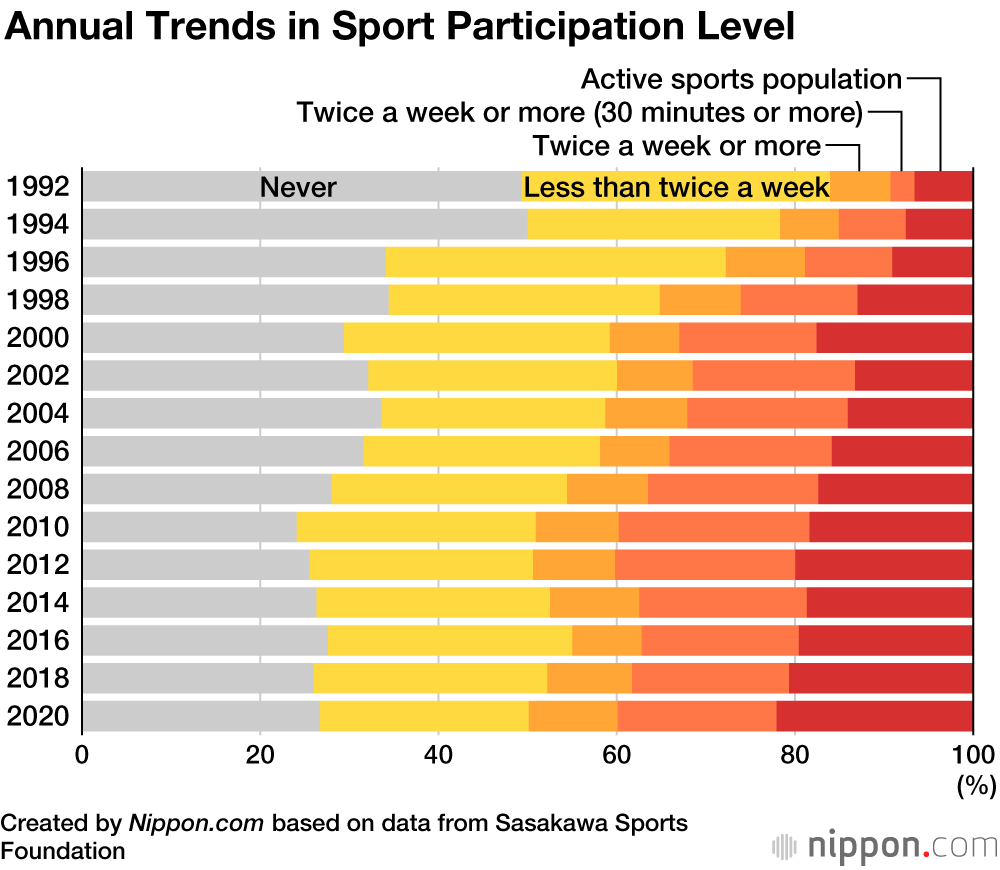 By age group, teenagers (18–19) of both sexes had the largest active sports population. On the other hand, the biggest percentage of those engaging in sports twice a week or more were in the 70 years or older group, showing the desire of many to maintain their strength and physical health. 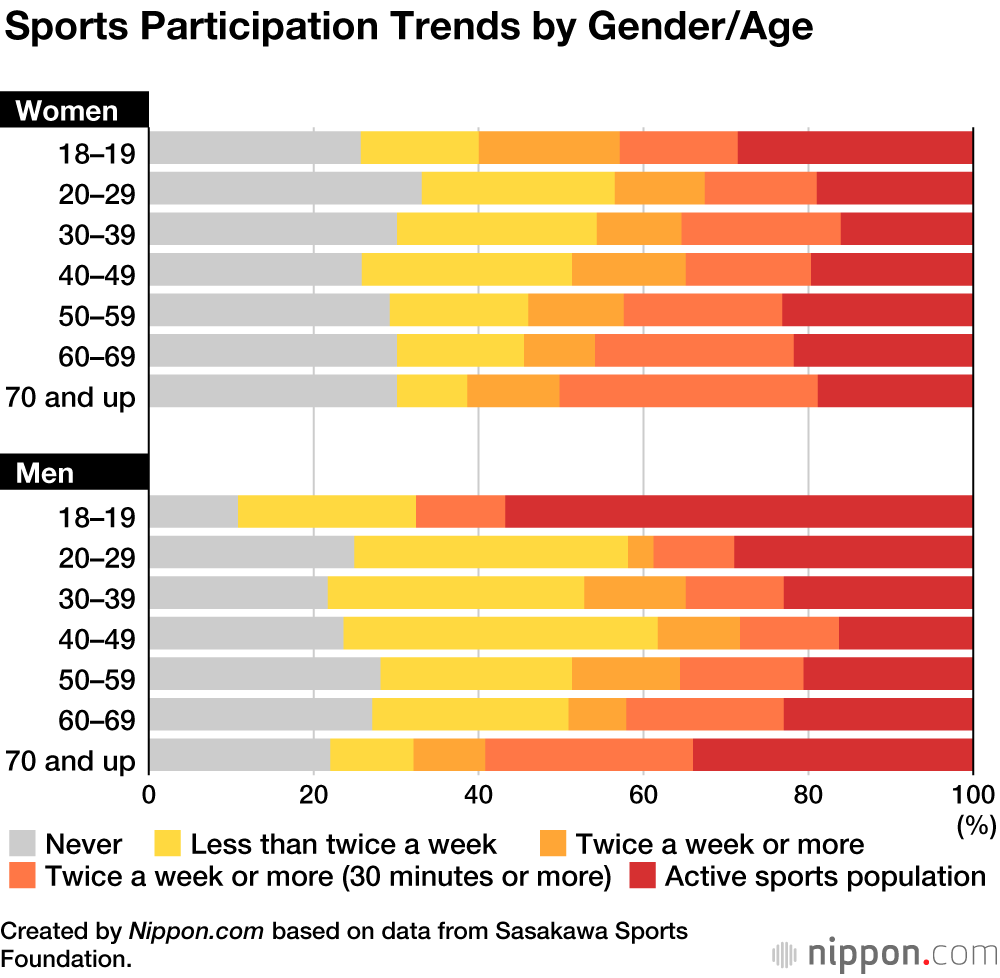 The survey collected responses from 3,000 people aged 18 and over (roughly equal numbers of men and women) all over Japan.