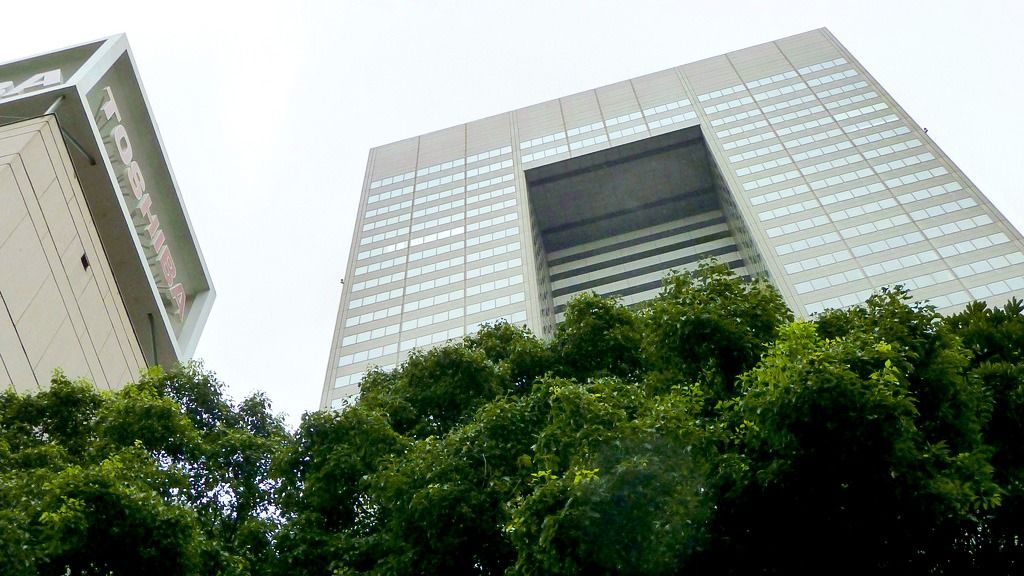 Economy May 7, 2021
A recent survey by an international auditing and consulting group found high interest among Japanese executives of firms with global operations in acquiring other companies as a means of staving off the negative business effects of the COVID-19 pandemic.

As the business environment undergoes drastic changes due to the ongoing COVID-19 pandemic, Japanese companies determined to survive appear to be turning to mergers and acquisitions to secure markets, human resources, and technologies, even as foreign interests seek to do the same in Japan, such as with a recent bid to buyout Toshiba.

In March, international auditing and consulting group EY released the results of its business strategy survey that polled roughly 2,400 top executives and chief financial officers of global companies in 52 countries. In Japan, about 100 individuals responded to the survey.

Of the Japanese executives who responded, 57% said they planned to acquire a business in the next 12 months, a higher figure than the average 46% of the survey results over the past 11 years (2010–20). This suggests that many Japanese companies are considering M&As in anticipation of increased post-pandemic demand. 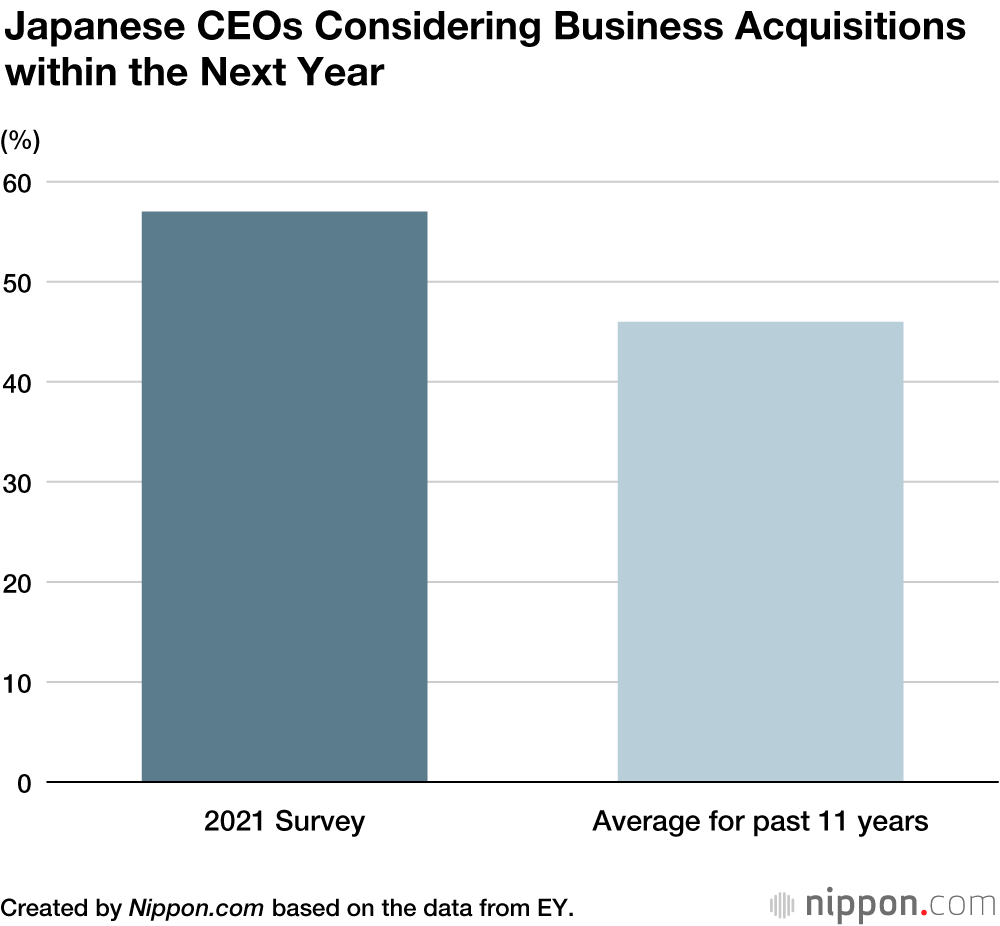 By industry, interest in acquisitions was most pronounced in the pharmaceutical, medical, financial, technology, advanced manufacturing, and automobile industries. Of the Japanese corporate executives who responded that they had acquisition plans, 88% are considering M&As with foreign companies.

While international airlines and hotels have been hit hard by the coronavirus crisis, digital services are on the rise in response to the need for isolation and social distancing. These factors and the progress being made with COVID-19 vaccinations, primarily in the United States and Europe, have led 62% of executives in Japan to predict that their corporate profits will return to pre-pandemic levels over 2021 and 2022.

Along with the ramifications of the pandemic, the corporate world is also having to deal with the escalating competition between the United States and China over the development of vaccines, AI, and advanced technologies. Of the Japanese corporate executives responding to the EY survey, 88% say they have reviewed their strategic investment and business plans as a result of geopolitical problems.

Umemura Hidekazu, EY Japan’s head of strategy and transactions, says that for many business leaders, COVID-19 is a major threat. “Companies are planning not only to restore their performance levels,” Umemura explains, “but also to make the necessary investments to ensure that their future is sustainable.”