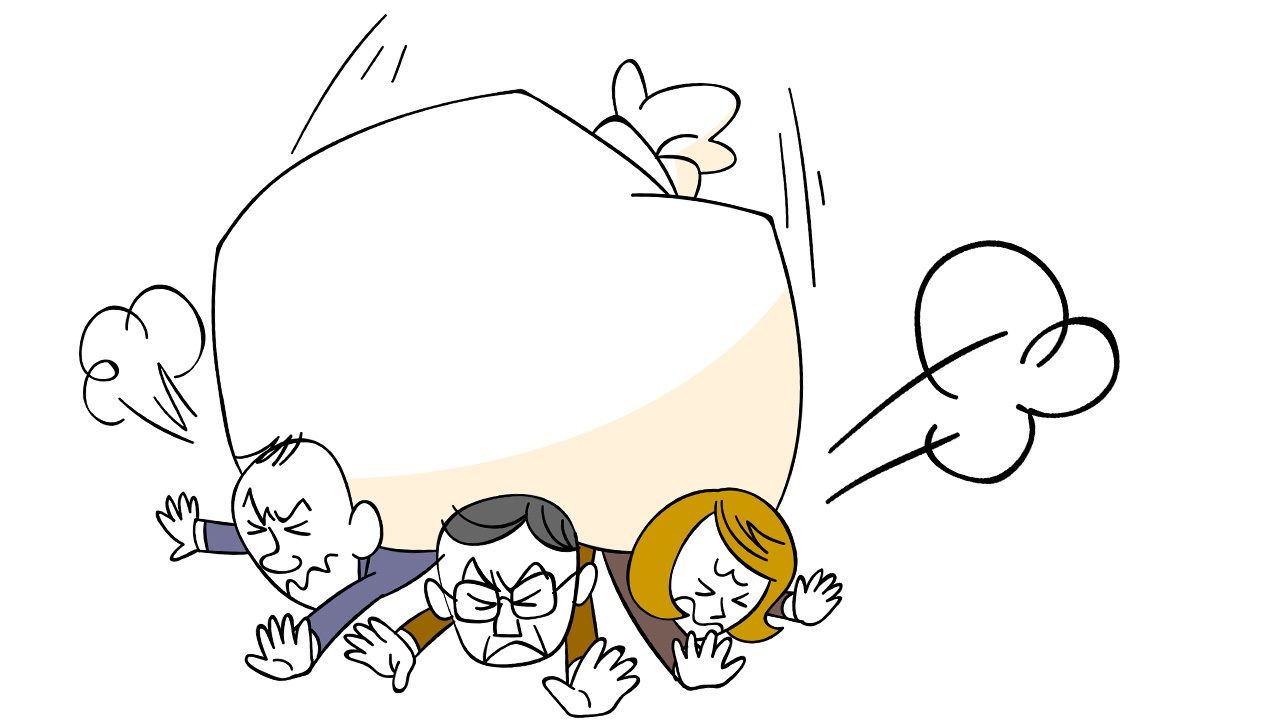 Economy Society Politics May 10, 2021
Over 40% of the income of residents of Japan goes toward taxes and social security, a burden that is likely to swell even further in the next few years as the bulk of baby boomers join the ranks of the elderly.

The ratio of taxes and social security contributions like health insurance and pension premiums to income, commonly referred to as the “national burden rate,” in Japan is estimated to be 44.3% in fiscal 2021. This leaves households with less than 60% of their income at their disposal. Although Japan’s rate has been steadily ticking upward for nearly a decade, it is still below those of many European countries.

The national burden rate for the United States for 2018 was 31.8%, more than 10% lower than in Japan. This is largely due to the smaller scope of the US public health insurance scheme, which typically only covers the elderly and people with disabilities, and that social security contributions are less compared to Japan. There are benefits to having a larger national burden, however. Japan’s higher rate, for instance, guarantees that residents can easily access hospitals and other medical facilities when necessary. There are also many countries in Europe with far more expansive welfare systems than Japan that have even higher national burden rates. 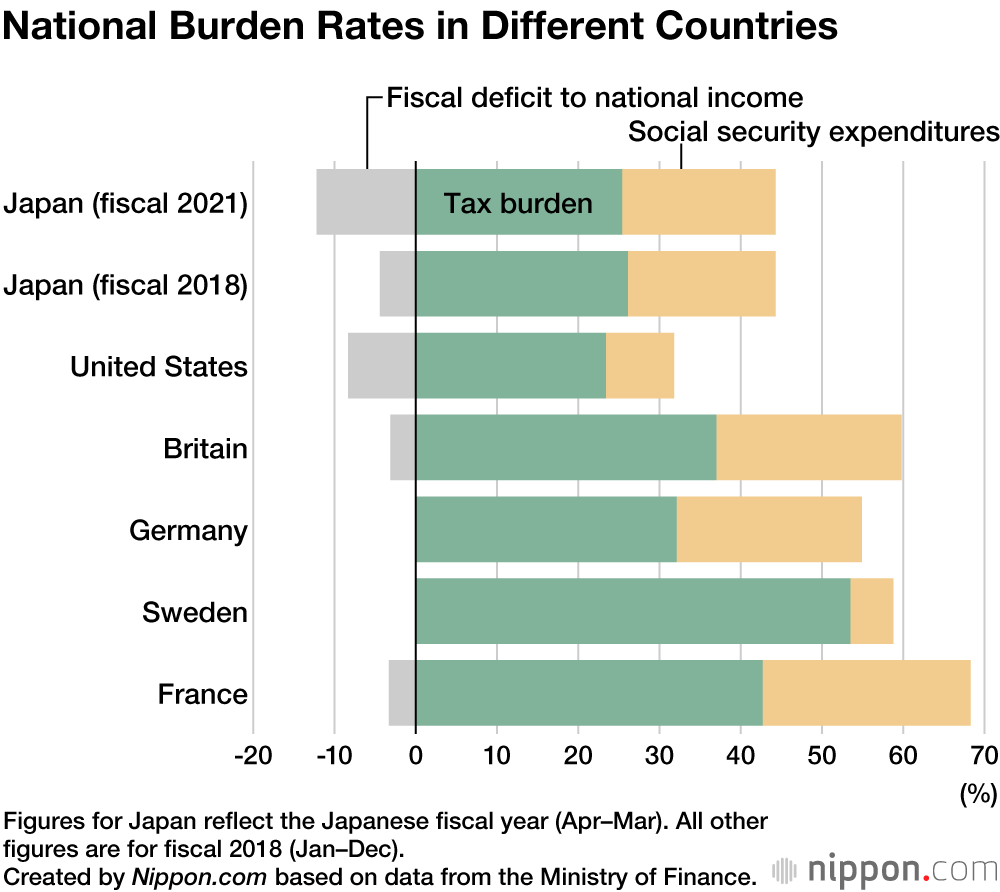 Japan’s national burden rate, although expected to decrease by 1.8% in fiscal 2021, has exceeded 40% for the last nine years and has nearly double since 1970, when it was 24.3%. The breakdown of the rate shows that taxes and social security payments account for 6.5% and 13.5% of the burden, respectively, with costs like insurance premiums making up the rest, a clear indication of the growing financial strain from Japan’s aging society.

If the budget deficit is also taken into consideration, the latent national debt ratio for fiscal 2021 is forecast to be 56.5%, a year-on-year drop of 10%. The decrease is due to the massive expansion in government debt in fiscal 2020 through the issuance of government bonds in response to the COVID-19 pandemic. However, with no end to the pandemic in sight, some have been calling for a supplemental budget to be issued in fiscal 2021, which will likely push the rate upward again.

By fiscal 2025, a large segment of Japan’s baby boomers will be 75 or older, a situation that is expected to further tax the nation’s medical and nursing care systems. Any dire effects on the nation’s finances from the burgeoning elderly population can be mitigated if national income increases at a faster rate than the growing taxation and social security burden, but such a rosy scenario seems unlikely. 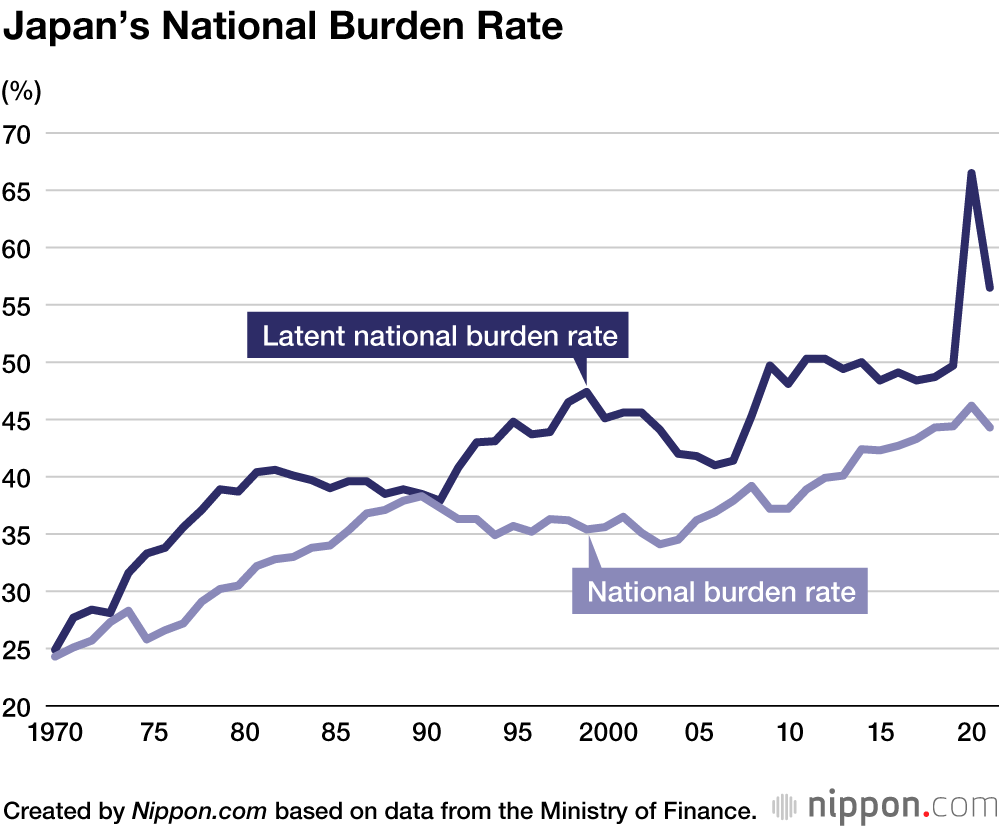 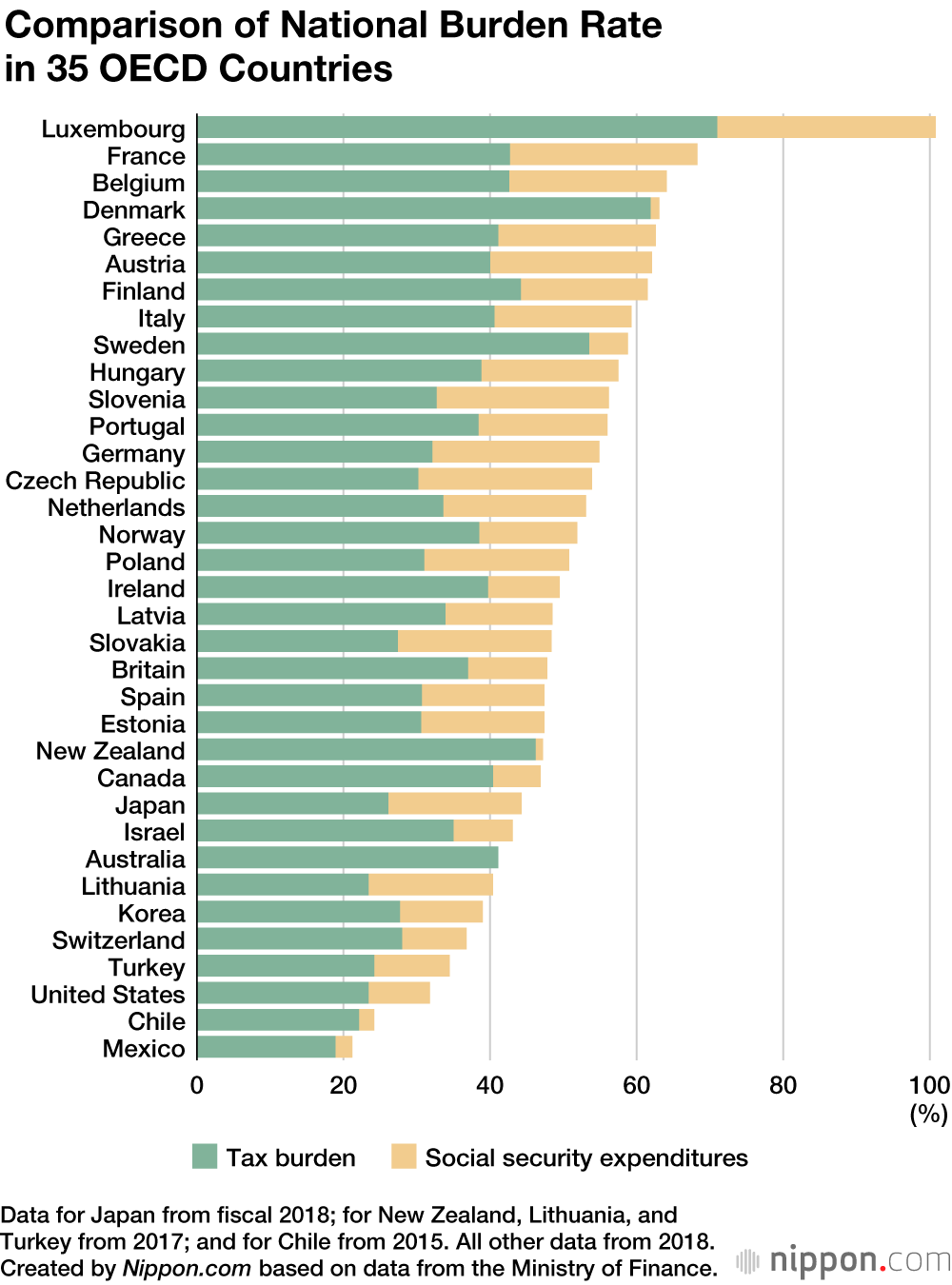