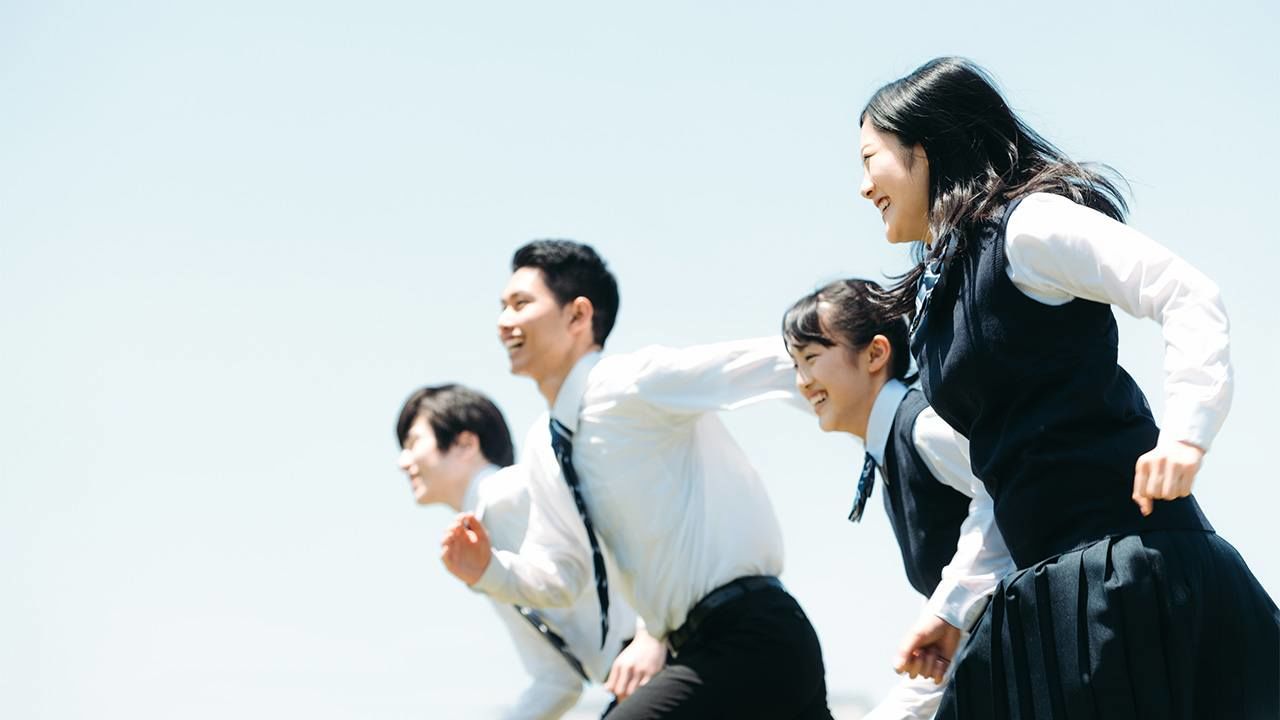 Society Family Education Jun 15, 2021
From April 2022, people aged 18 and 19 will be legally adults under Japan’s Civil Code, and an amendment to the Juvenile Act will also toughen penalties for crimes they may commit.

In April 2022, an amendment to Japan’s Civil Code will come into force that lowers the age of adulthood from 20 to 18. At the same time, a change to the Juvenile Act, enacted in May 2021, will also toughen penalties against “specified juveniles” aged 18 and 19. In addition to expanding the number of crimes for which criminal procedures will be the same as those for adults aged 20 and over, the revisions would also allow the reporting of real names once someone is indicted, which is prohibited under current law.

The Nippon Foundation ran a survey in March 2021, before the Juvenile Act amendment was enacted, targeting 1,000 people aged 17 to 19 who fall into this new bracket of adults, or will soon do so. The results revealed that a mere 14.6% were well aware of the proposed revisions. Less than half, at 45.6%, were vaguely aware and 39.8% did not know at all. 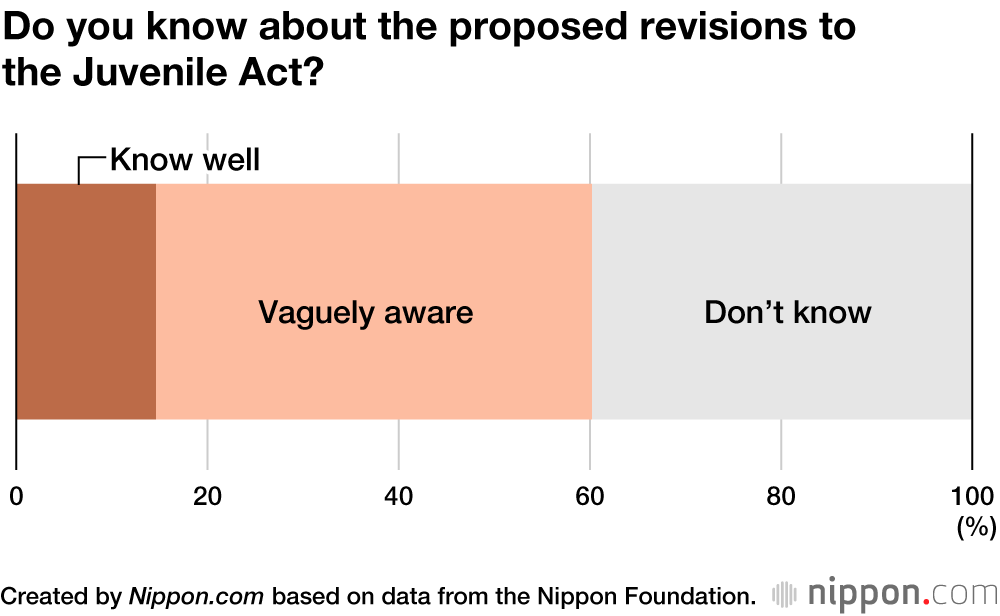 The revisions would expand the type of cases that can be referred back to the public prosecutor from the family court, so those committing crimes such as robbery, rape, and arson would also be subject to criminal trial. When asked their opinion, at 58.2%, the majority of respondents agreed with this expansion. The most common reason given by 55.0% of those who agreed was that “even if they are specified juveniles they need to be socially responsible.” 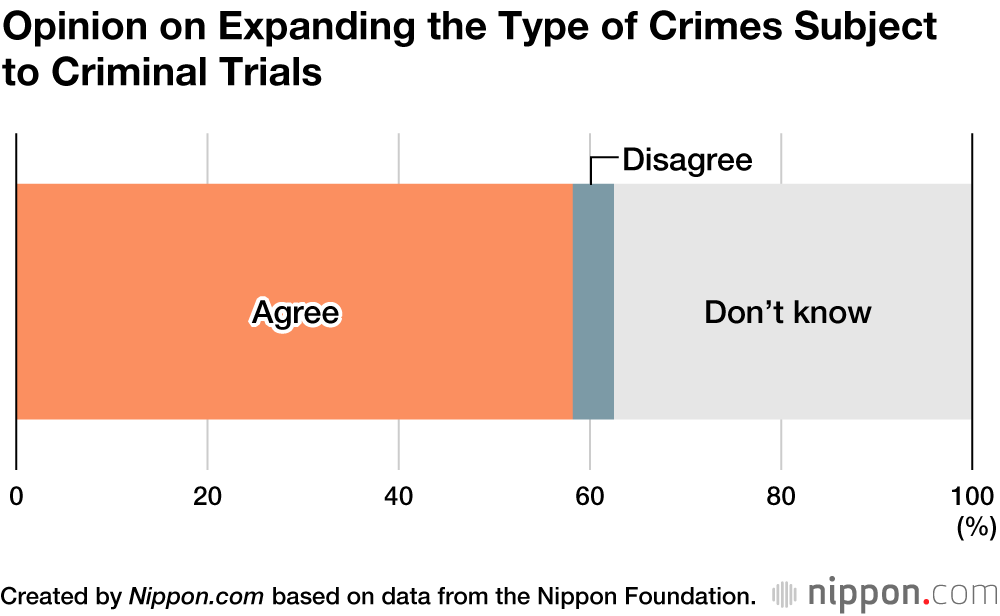 Regarding lifting the ban on reporting real names, 43.3% were in favor, while only 18.8% disagreed. Half of those who agreed said it would have the effect of making offenders aware of their own responsibility. Those who disagreed were most concerned about the sharing of false information or people trying to find the offenders by themselves on social media. 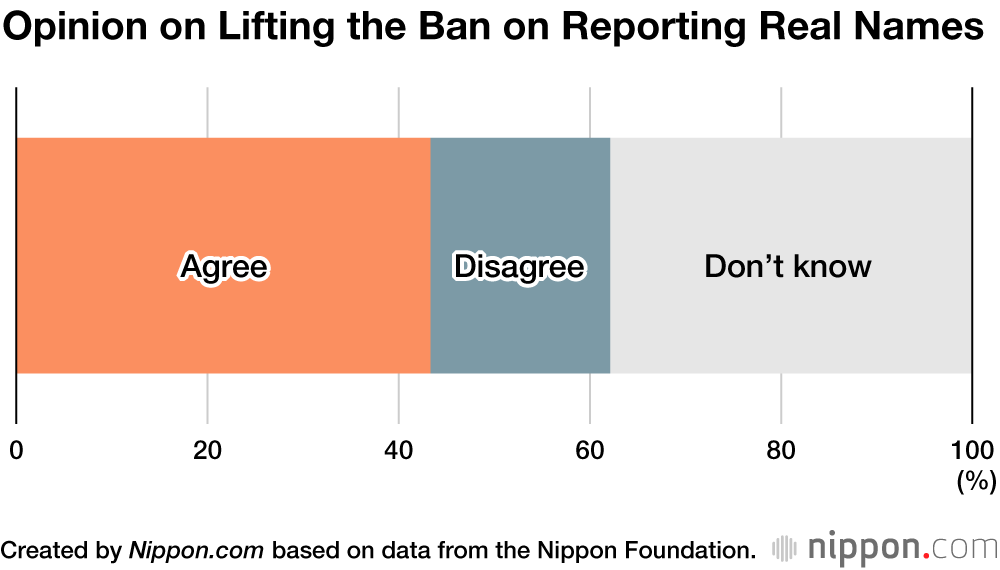 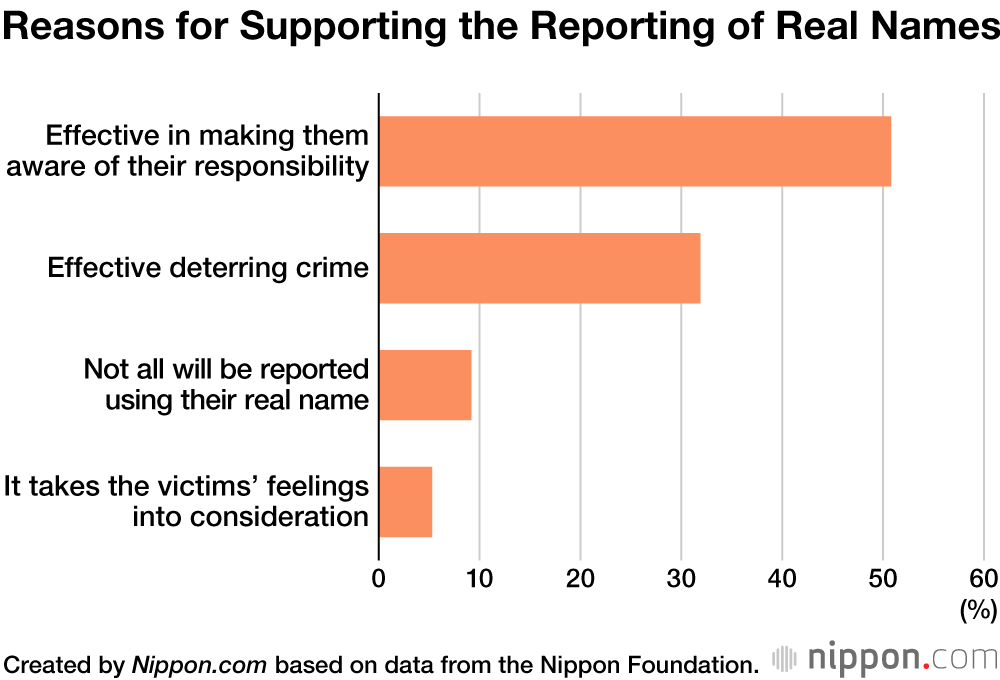 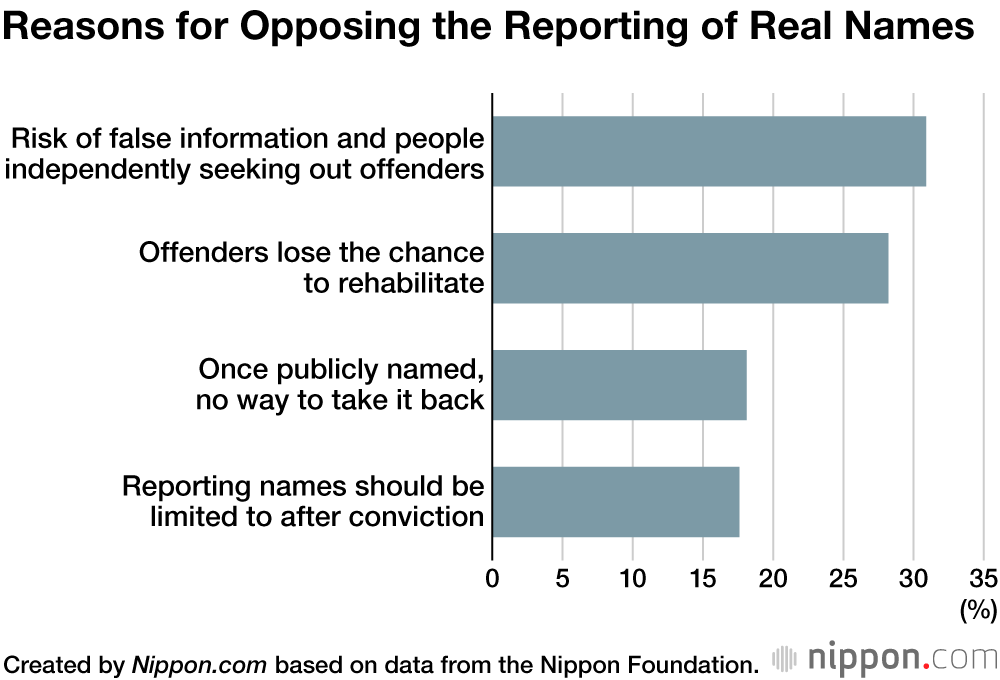