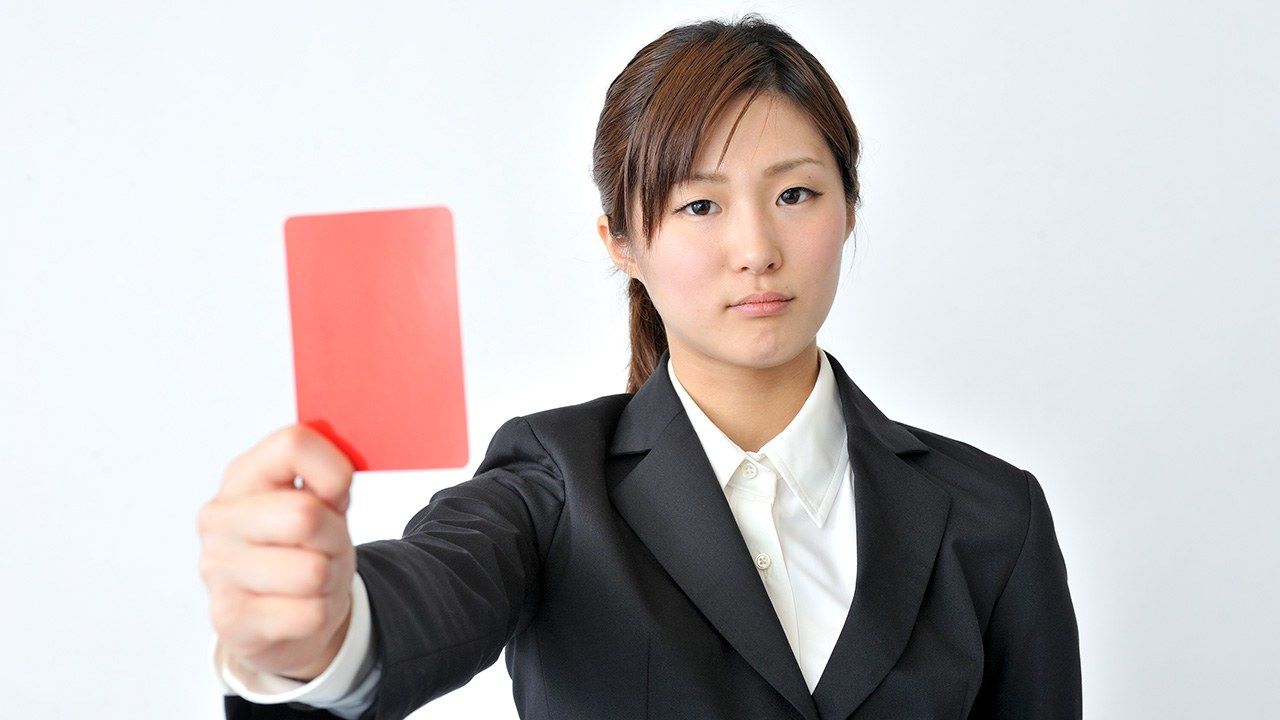 Work Society Economy Gender and Sex May 24, 2021
A Japanese government survey shows that one in four university students has experienced sexual harassment while looking for employment.

Sexual harassment in the workplace is coming under increasingly harsh scrutiny in Japan. A recent government survey, though, found that many job hunters also encounter inappropriate behavior. A Ministry of Health, Labor, and Welfare study revealed that one in every four students who participated in job-hunting activities or internships has been sexual harassed by a worker at a potential employer. The percentage of victims among men and women was roughly the same at 26.0% and 25.1%, respectively, and was particularly high among graduate students. 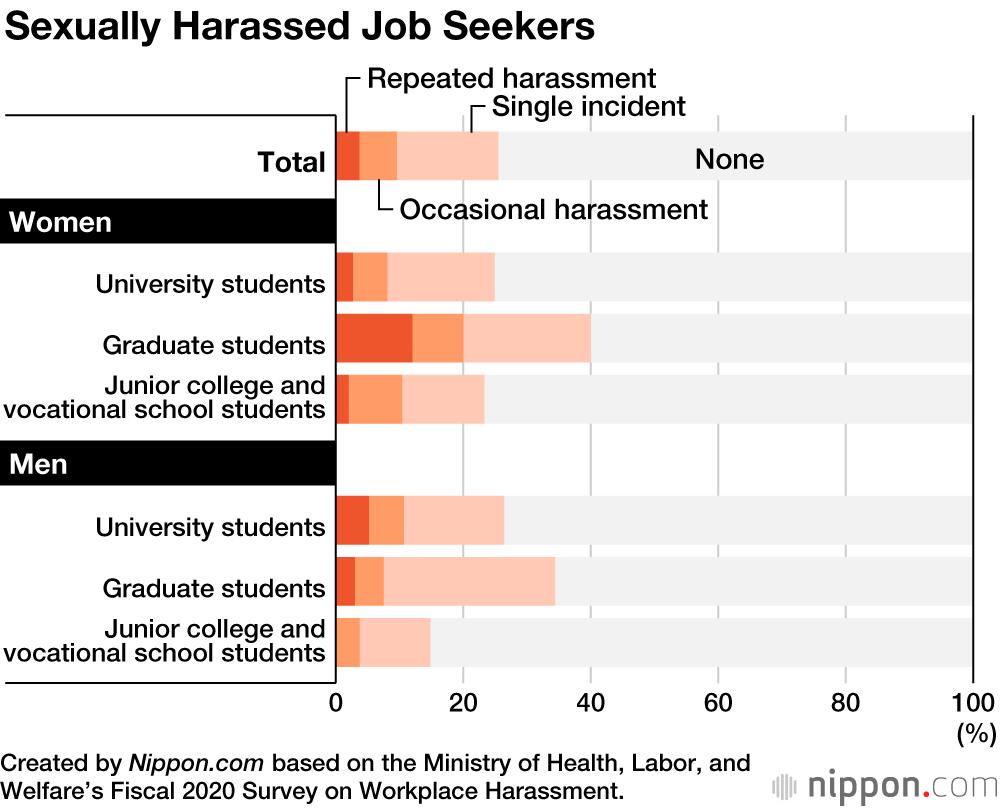 The most common form of sexual harassment, experienced by 40.4% of victims, was the telling of sexual jokes, followed by persistent dinner or date invitations (27.5%), and sexually related questions (23.6%). Women in particular were subjected to jokes of a sexual nature. 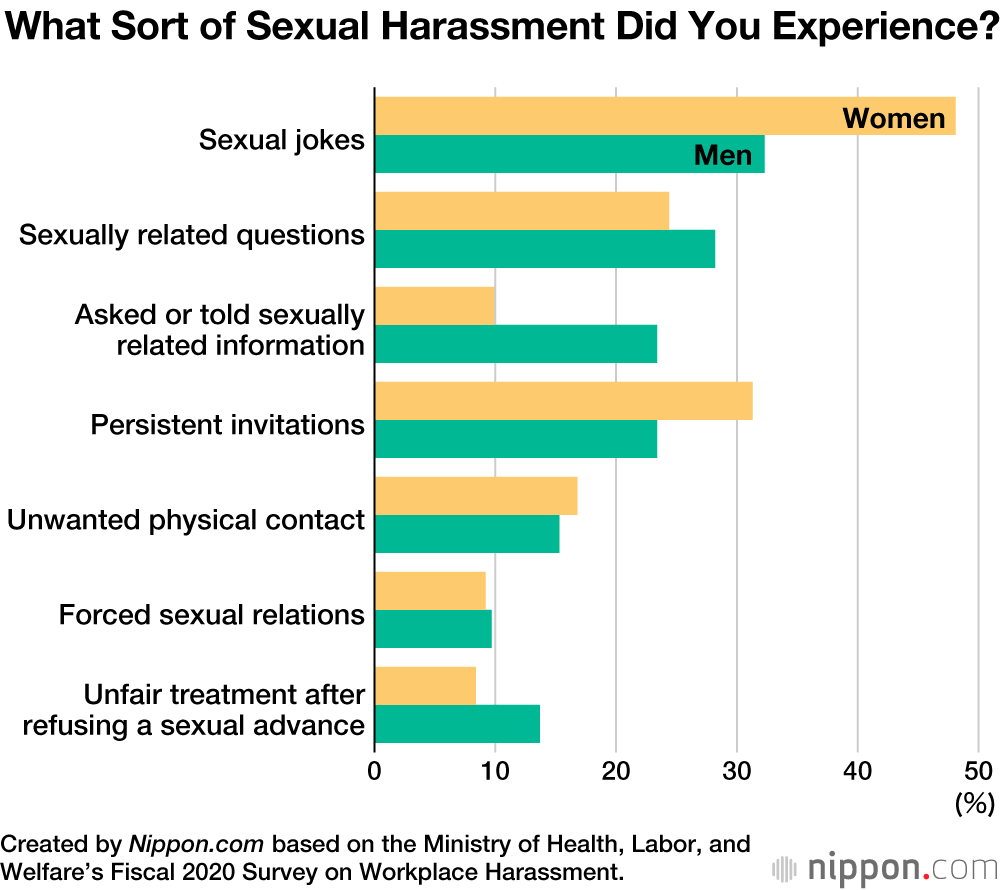 The highest proportion of sexual harassment was experienced by interns, at 34.1%, followed by individuals who participated in a company’s information session or seminar, at 27.8%. 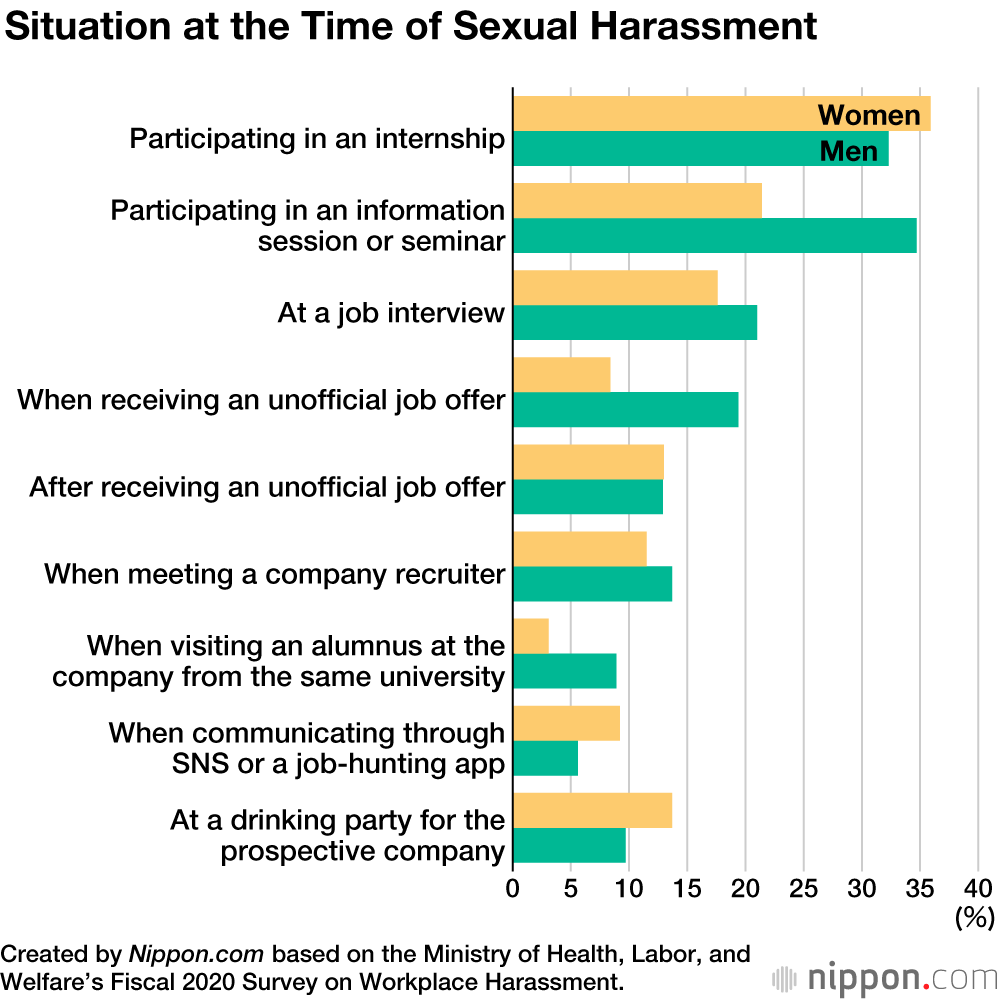 The largest segment of perpetrators of sexual harassment were fellow employees met during an internship, at 32.9%. There were also a considerable number of harassment cases involving individuals in positions of authority, with 25.5% of victims being harassed by a job interviewer and 11.0% by an executive at a prospective company.

A feeling of anger, frustration, and anxiety was the most common impact among victims of harassment, cited by 44.7% of respondents, followed by decreased motivation for job hunting, mentioned by 36.9%.

The survey, conducted online in October 2020, involved 1,000 individuals who graduated from a vocational school, junior college, university, or graduate school between the 2017 and 2019 academic years.