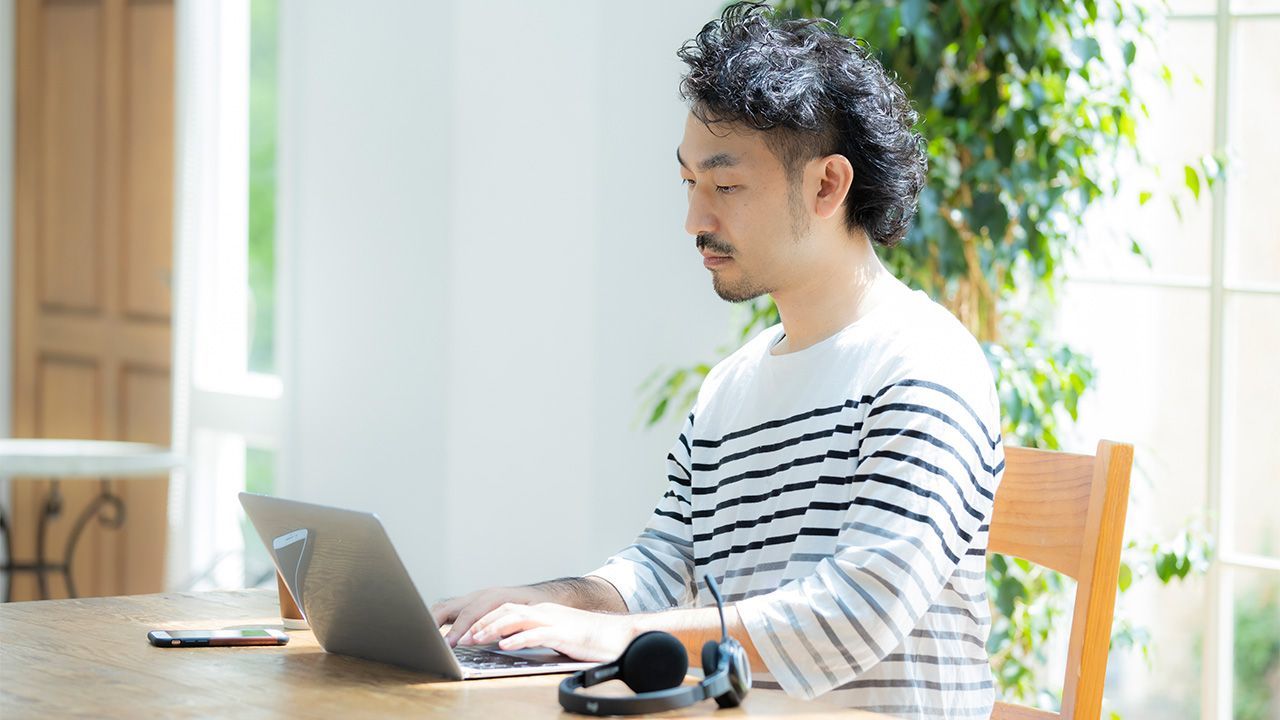 Economy Society Work Lifestyle May 27, 2021
Remote work is becoming more common in Tokyo, but there has been little progress in much of the rest of Japan.

A survey of companies across Japan revealed the ratio of remote work among total business hours remains on average between 10% and 20%. The survey by Teikoku Databank targeted 23,707 companies, receiving 11,003 valid responses. 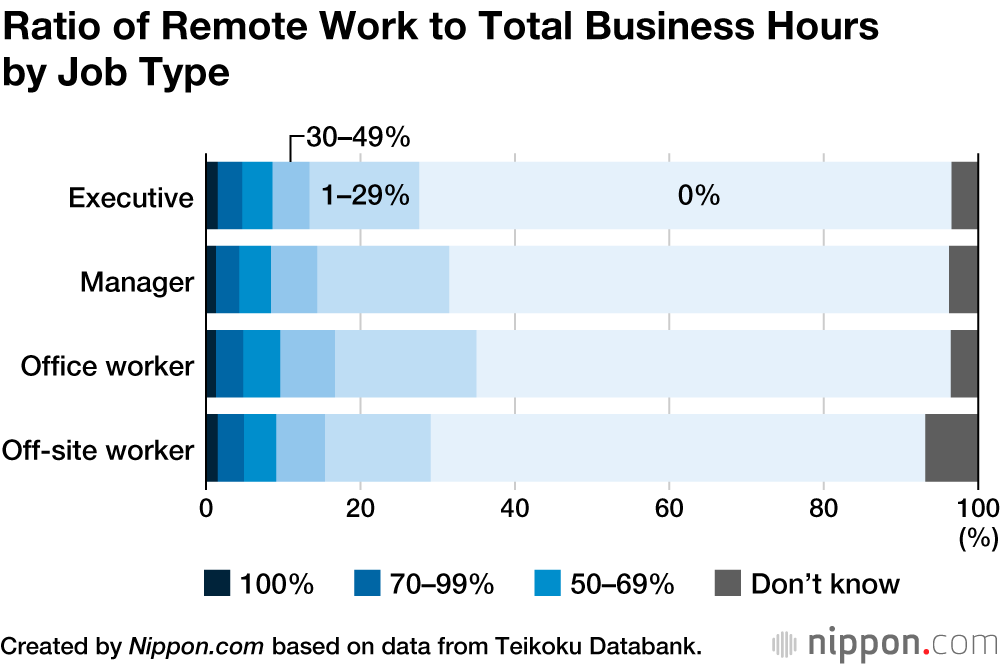 Only around 5% of workers in each job type completed more than 70% of their duties through telework. Companies that had implemented remote work and were keeping commuting rates at 20% to 30% indicated they were spending money on making it easier for their workers to have the right conditions at home. One software development company in Aichi Prefecture responded that it was subsidizing electricity and communication expenses on a daily basis and had also provided financial aid with a set maximum limit to help with purchase of necessary items like Wi-Fi equipment, desks, chairs, and monitors.

On the other hand, more than 60% of workers in all job types had a telework ratio of 0%, meaning no implementation at all. Some companies commented on the reality outside the major cities, including a construction material wholesaler in Miyagi Prefecture, which stated that while there had been progress with implementation of telework in the Tokyo area, it was getting nowhere in other regions.

The three prefectures with the highest remote work ratio for all job types were Tokyo, Osaka, and Kanagawa. This is thought to be due to pressure on companies to implement telework from local authorities when there has been a state of emergency or other priority measures to prevent spread of COVID-19, and the establishment of telework environments by major companies.

Even so, the ratio in Osaka and Kanagawa still lags at less than 20%, showing that remote work is still far from being fully established. 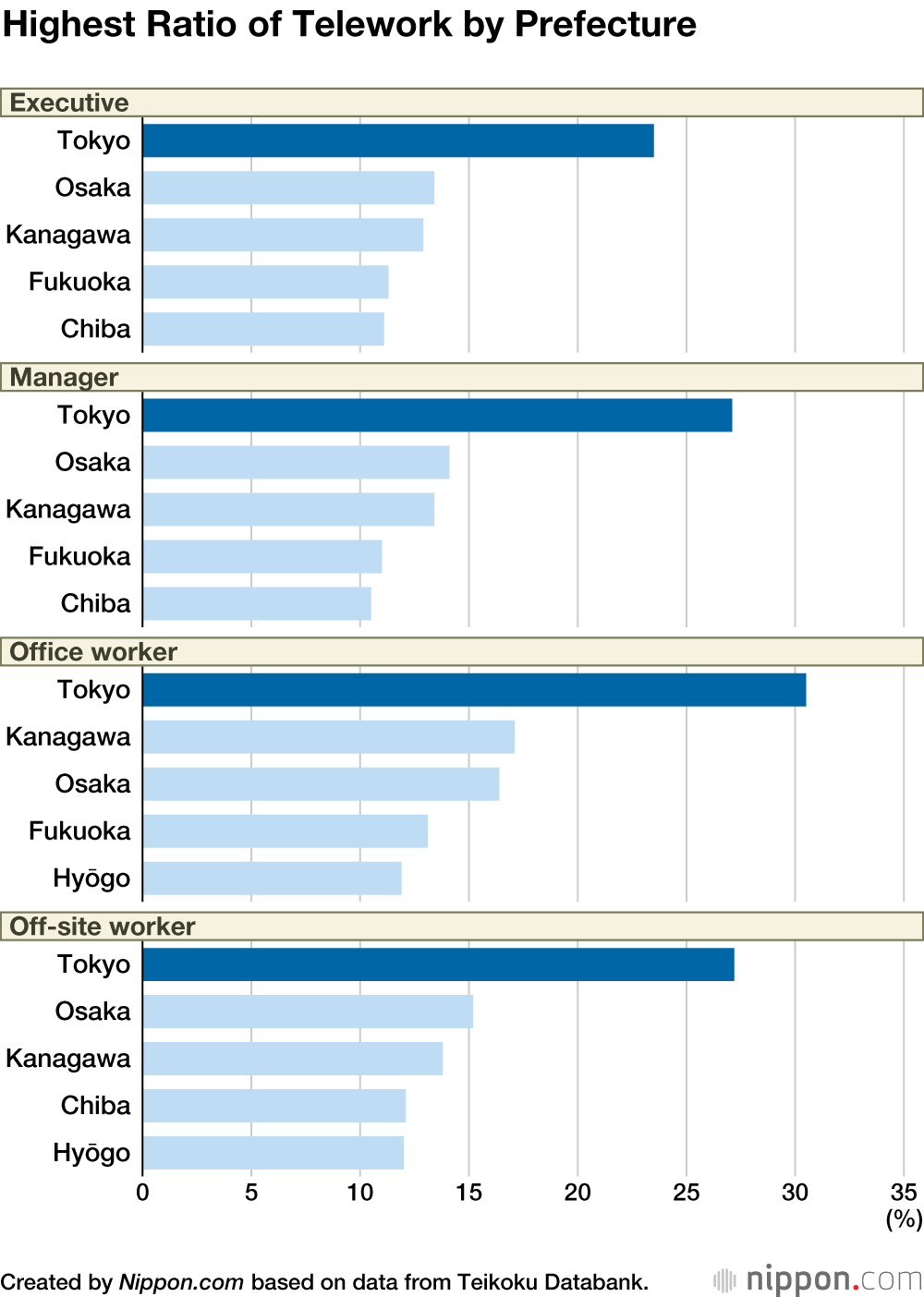