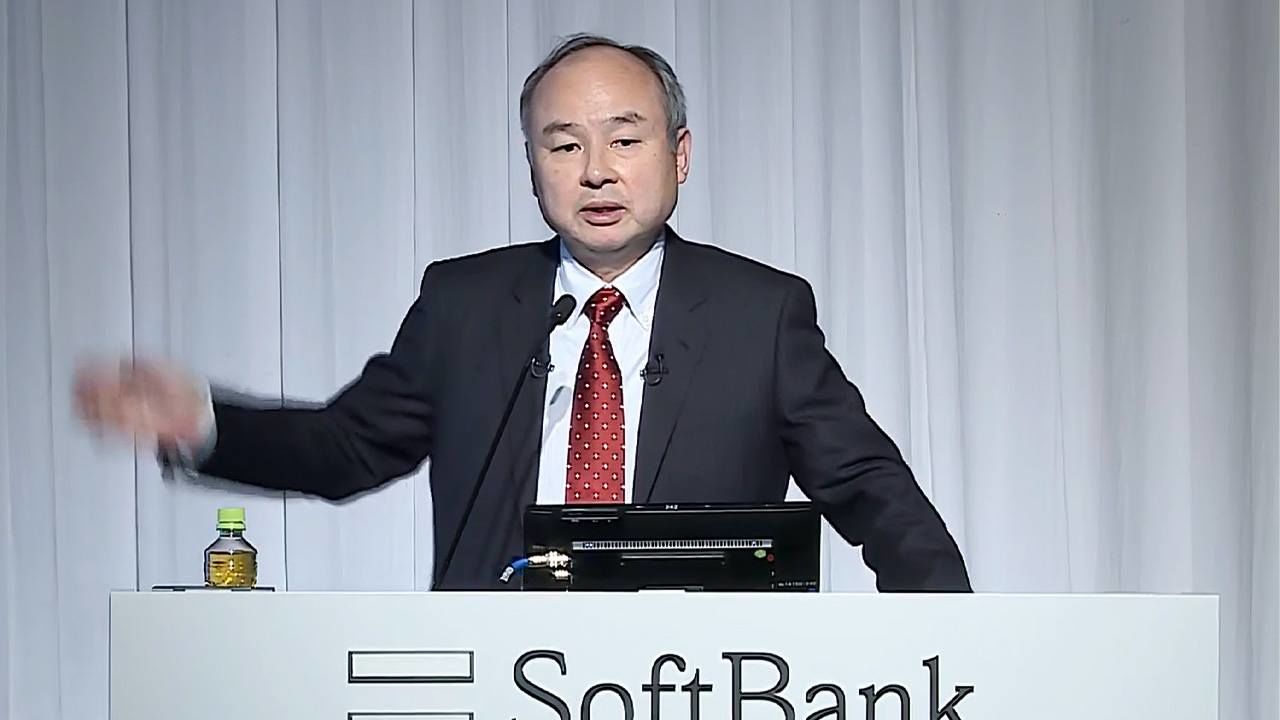 Economy Jun 1, 2021
The SoftBank Group’s net profit of ¥5.0 trillion in the fiscal year ended March 31, 2021, was the highest ever recorded by a Japanese corporation.

The SoftBank Group posted a net profit of ¥5.0 trillion (based on international financial reporting standards) in the fiscal year ended March 31, 2021. It surpassed Toyota to record the highest profit ever for a Japanese corporation.

In 1981, Son Masayoshi, the chairman and CEO of SBG, founded the company’s predecessor Softbank Japan as a software sales company, before expanding into telecommunications, and then shifting focus to investment. Forty years later, for the fiscal year ended March 31, 2021, SBG’s unrealized profits have swelled enormously through the listing of companies it has invested in, such as the US food-delivery service Doordash and the South Korean online retailer Koopin.

The highest net profit ever recorded previously by a Japanese company was ¥2.5 trillion by Toyota in the fiscal year ended March 31, 2018. SBG has suddenly reached the forefront of profitable global corporations, with its total of almost exactly ¥5 trillion yen ranking third behind Apple (over ¥6 trillion) and the Saudi Arabian oil company Saudi Aramco (over ¥5 trillion). 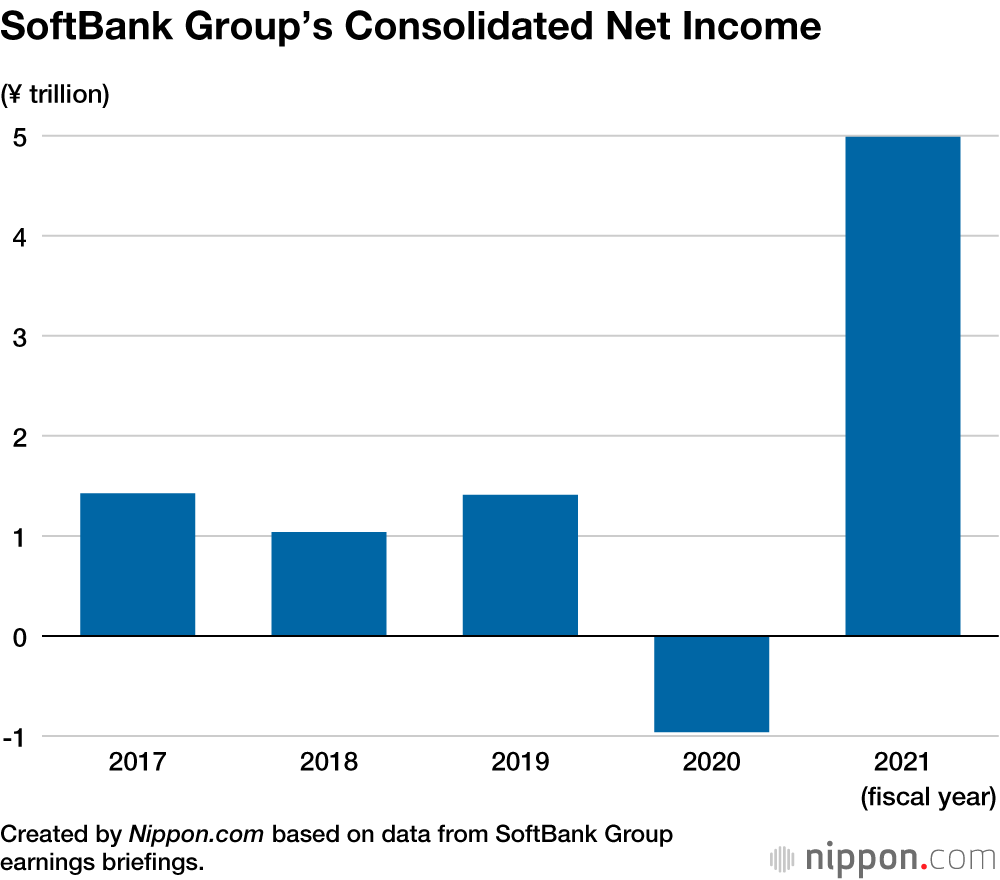 However, whereas tech giants like Apple and Google (Alphabet) are expanding their earnings with innovative services and technologies, SBG relies on the growth of the venture companies in which it invests, making the company susceptible to stock-market fluctuations. Indeed, in the previous fiscal year, SBG suffered its worst-ever losses.

At the press conference to announce the latest financial results, Son recognized that SBG’s record profits “were due to a combination of chance factors, so it is not a situation to take particular pride in.” He also responded to the losses incurred from the recent collapse of Greensill Capital, a British financial service company in which SBG had invested, by noting: “I humbly accept the failure of the investment and would like to create a system that will enable us to continuously generate profits, rather than engaging in speculation.”

One pillar of SBG’s future investments, in anticipation of the upcoming post–COVID-19 world, is the field of artificial intelligence. Funds under the SBG umbrella are being invested in a wide range of businesses, including the use of AI for making loan decisions, editing videos, and supporting distribution. However, if concerns about inflation increase, the market may enter a correctional phase, potentially wiping out SBG’s unrealized profits. This situation makes it even more important to discern investments and manage risks.