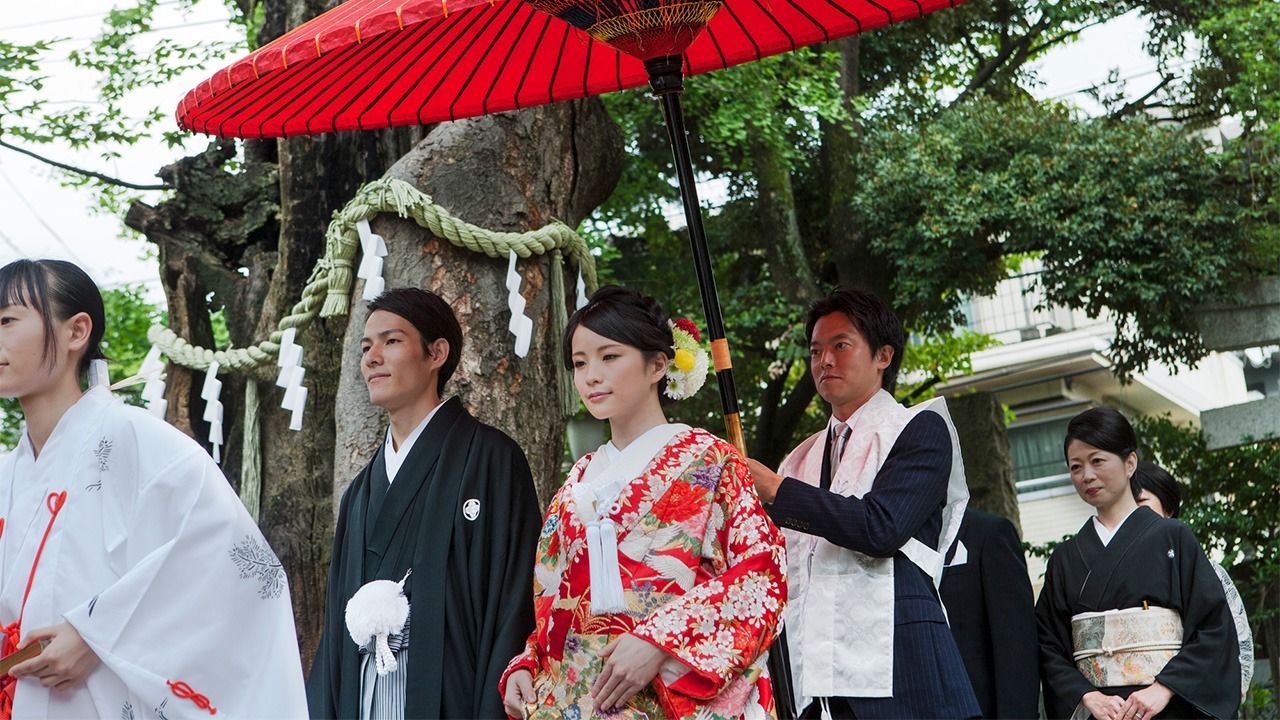 Society Lifestyle Economy Jun 7, 2021
The COVID-19 pandemic has meant many planned weddings have had to be cancelled or postponed and more than 90% of bridal businesses reported decreased earnings.

In a survey of 178 Japanese wedding planning companies, 171 (96.1%) reported revenue losses from April to December 2020, the first three quarters of the fiscal year. In fiscal 2019, just 51 companies (28.7%) reported losses, highlighting the exceptional drop in demand in 2020. The postponement and cancelation of wedding ceremonies due to the COVID-19 pandemic has had a huge effect. 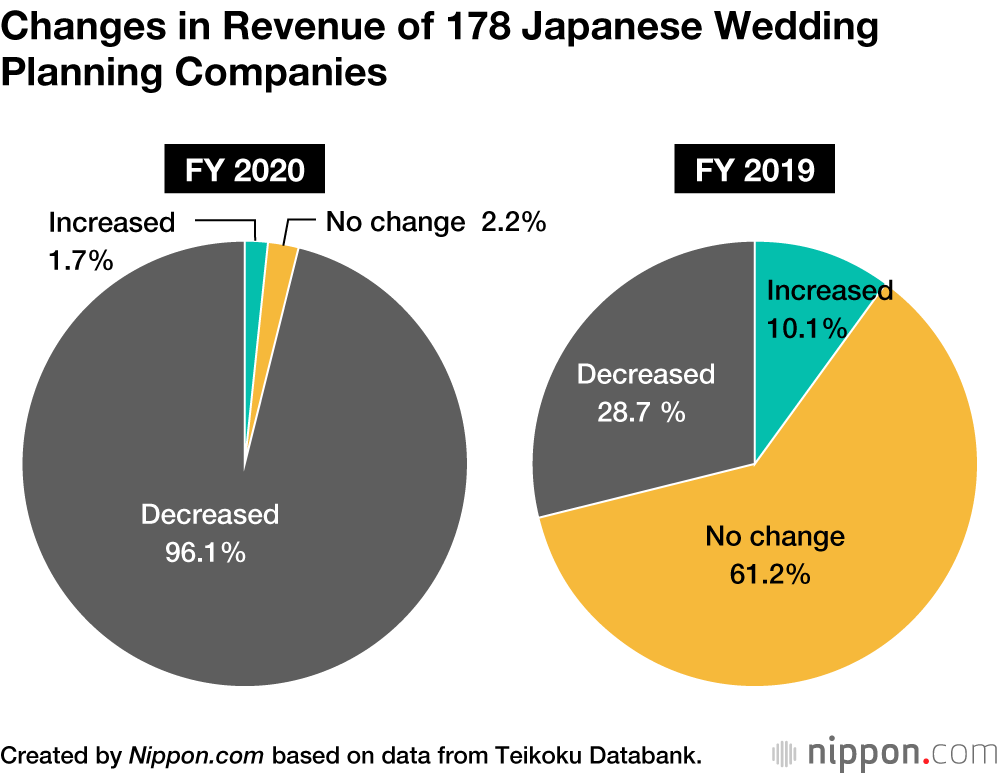 The Teikoku Databank survey collated information from bridal businesses nationwide whose annual income for the three fiscal years from 2018 to 2020 had been publicly reported. Breaking down the rate of decrease into 10 ranges, out of the 171 companies that reported a year-on-year decrease in 2020, the most common range was 20% to 30%, with 53.2% of companies suffering losses of this scale. 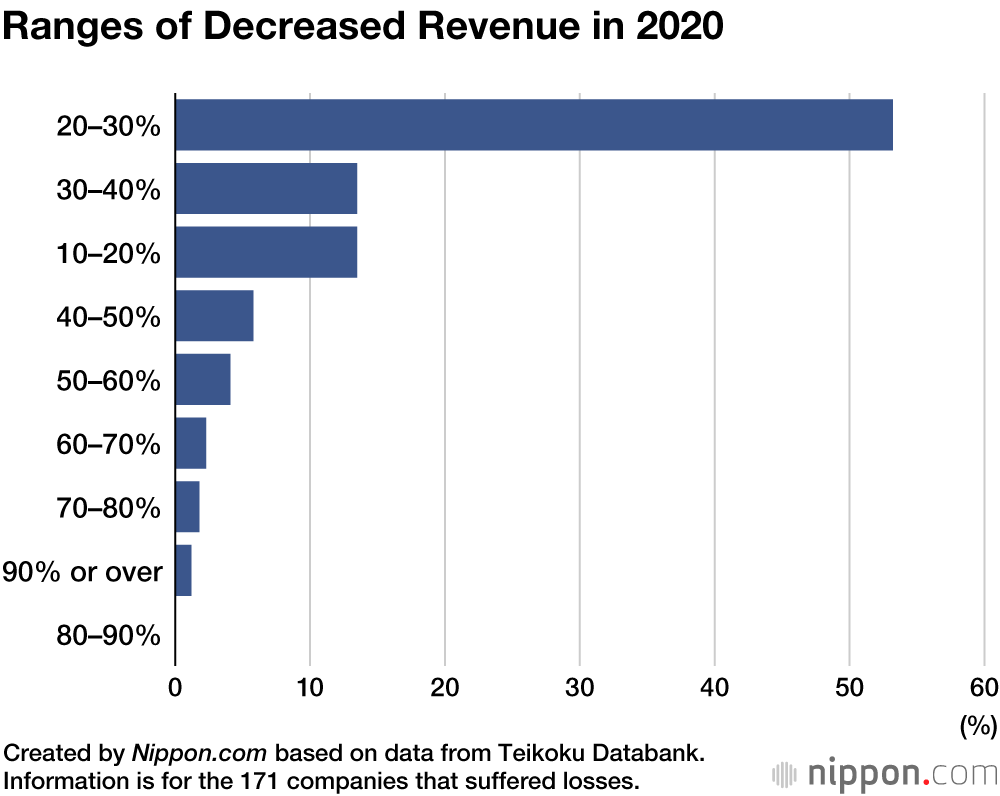 The pandemic still shows no sign of abating, with major cities like Tokyo and Osaka now into their third state of emergency. As such, Teikoku Databank predicts that 2021 will be another severe year for companies involved in the bridal industry. As these businesses were already facing issues due to the demographic shift and later marriage, conditions may continue to worsen and an increasing number of companies will have to close or go bankrupt.

Wedding ceremonies in Japan started to become more popular among the general public from the early twentieth century. Following World War II, it became mainstream to hold Shintō wedding ceremonies at shrines and Christian weddings at churches, with post-wedding receptions held widely at ceremony halls and hotels. In more recent years, it has also become popular to hold civil wedding ceremonies, where attendees act as witnesses at venues like hotels and gardens, or to have resort weddings, with the ceremonies held overseas.

Weddings are mainly held in spring and autumn, but not everybody wants to splash out. Some people count the yen with jimikon (modest weddings) that have simple ceremonies and receptions, while other couples opt for nashikon with no ceremony at all, and just register the marriage at the city hall.