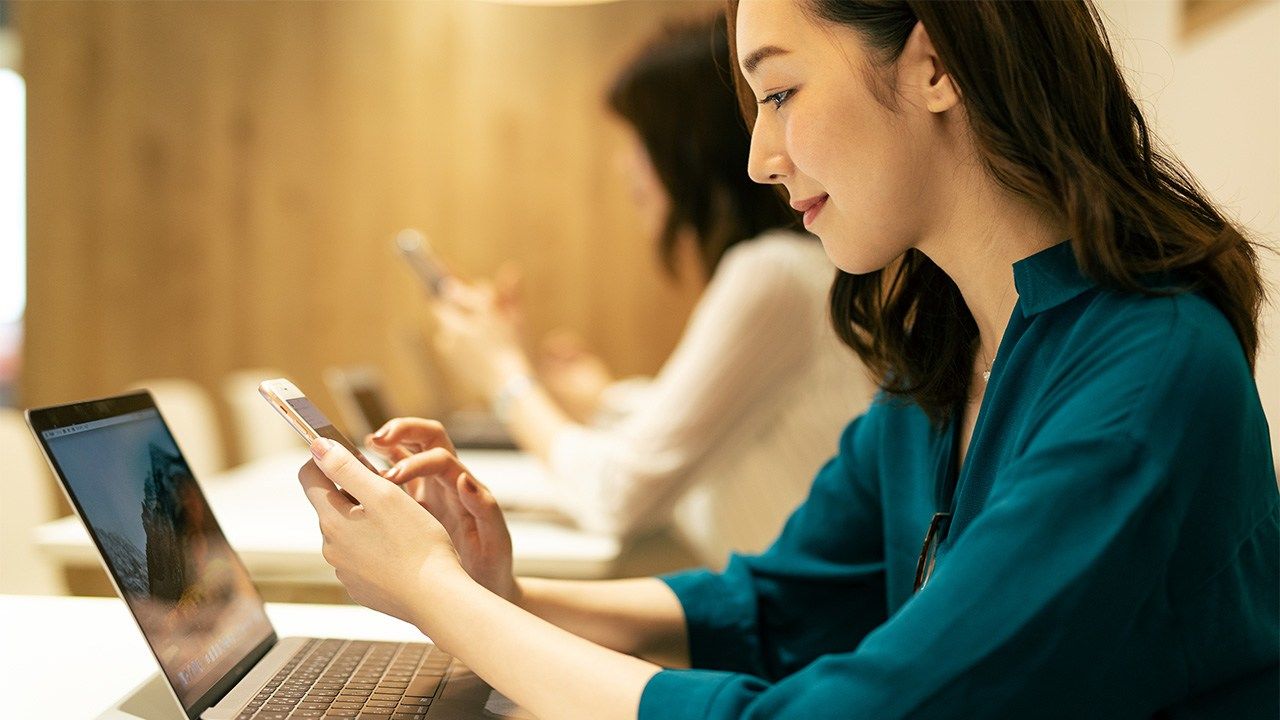 Jun 4, 2021
Monthly fees for mobile phones have tended to be high in Japan by international standards, but the situation has changed dramatically over the past year.

Every year, the Ministry of Internal Affairs and Communications conducts a survey of mobile phone fees in Tokyo, New York, London, Paris, Düsseldorf, and Seoul. Mobile phone charges in Japan had been criticized as being among the highest in the world, but the March 2021 survey found that the monthly fee for a 4G phone with 20 gigabytes of data usage was ¥2,973, which is the second lowest level after London. This is a price drop of more than 60% compared to the ¥8,175 monthly fee according to the survey conducted in March 2020. 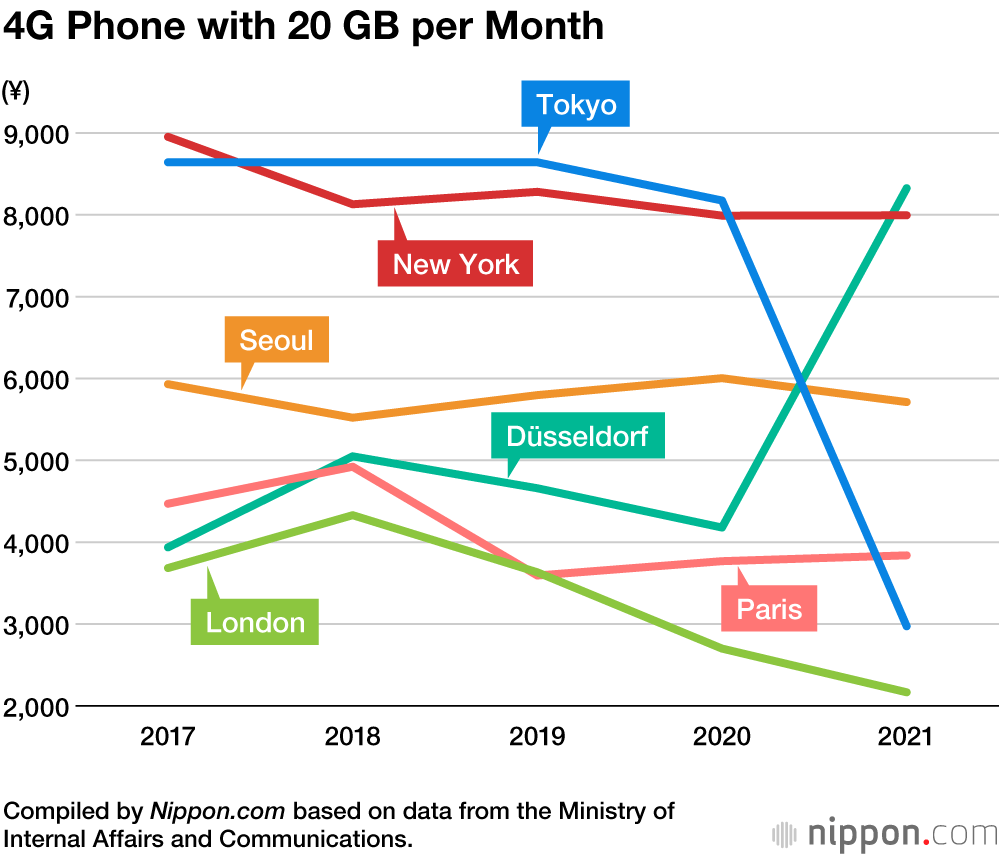 Prime Minister Suga Yoshihide has been calling for lower mobile phone charges since he was chief cabinet secretary. Upon assuming the office of prime minister in September 2020, he immediately instructed the Ministry of Internal Affairs and Communications to consider lowering prices, positioning this as one of his administration’s key policies.

The survey compared the cheapest plans of the operators that have the largest market share in each city. For Tokyo, this was the online-only Ahamo plan launched by NTT Docomo in March in response to the government’s request.

For plans offering 2GB or 5GB of data usage on 4G phones, Tokyo was the third cheapest city, behind London and Paris.

For 5G phones, London was by far the cheapest, while Tokyo had low-price 2GB, 5GB, and 20GB plans, and a mid-range unlimited plan. 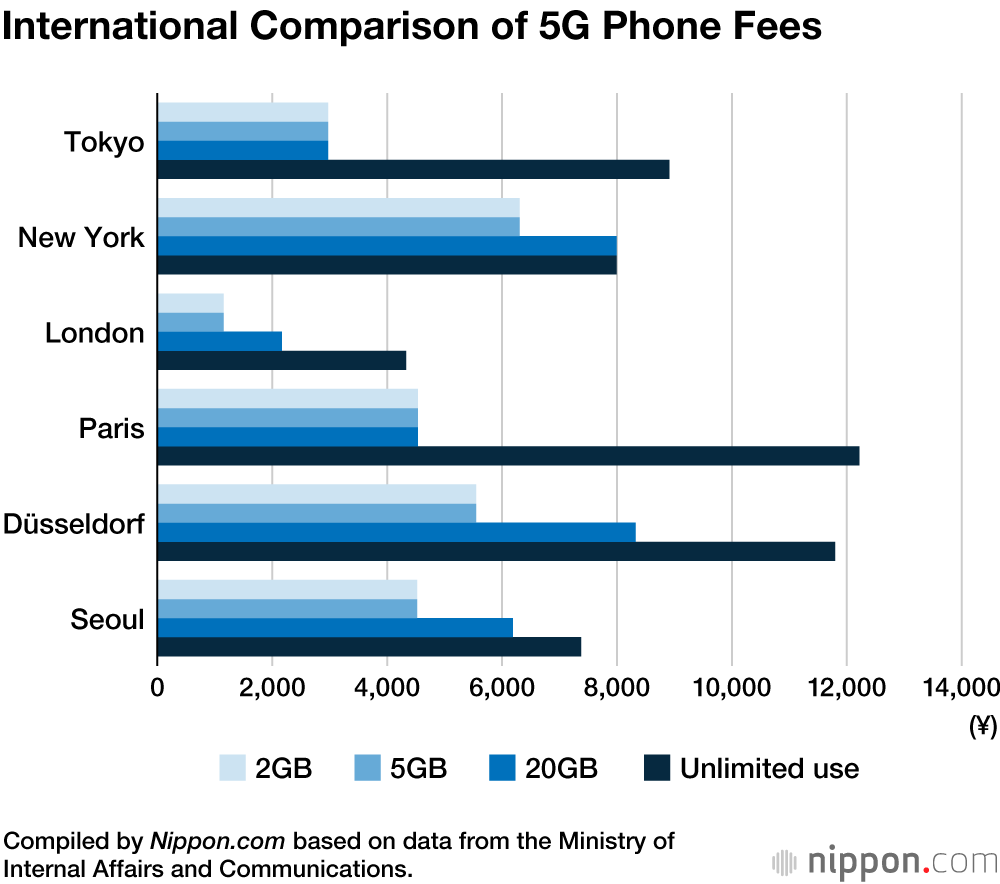