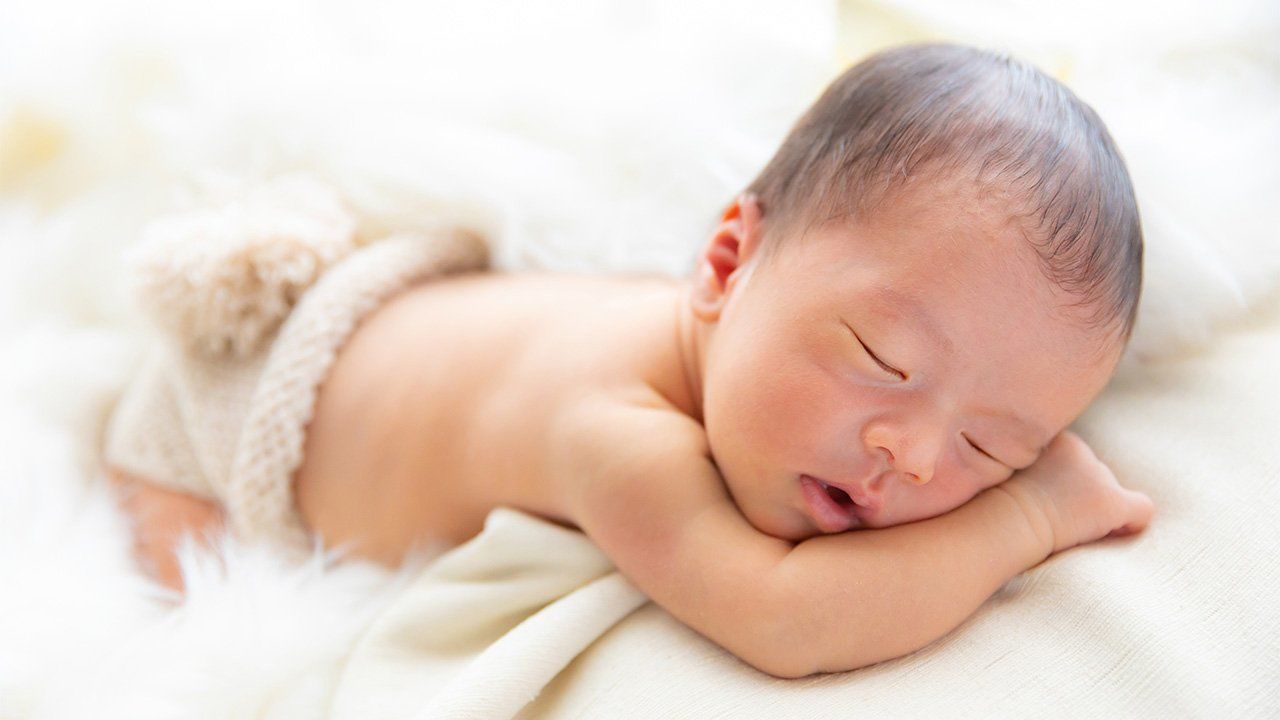 Number of Births Falls Further in Japan in 2020

Family Society Politics Economy Jun 11, 2021
Despite a decrease in the number of deaths, the greater decline in births resulted in Japan’s largest ever natural population decrease.

There were almost 841,000 births in Japan in 2020, a year-on-year decrease of around 24,000. Provisional demographic statistics published by the Ministry of Health, Labor, and Welfare also indicate that the total fertility rate—the average number of children born to each woman during her lifetime—decreased by 0.02 to 1.34. 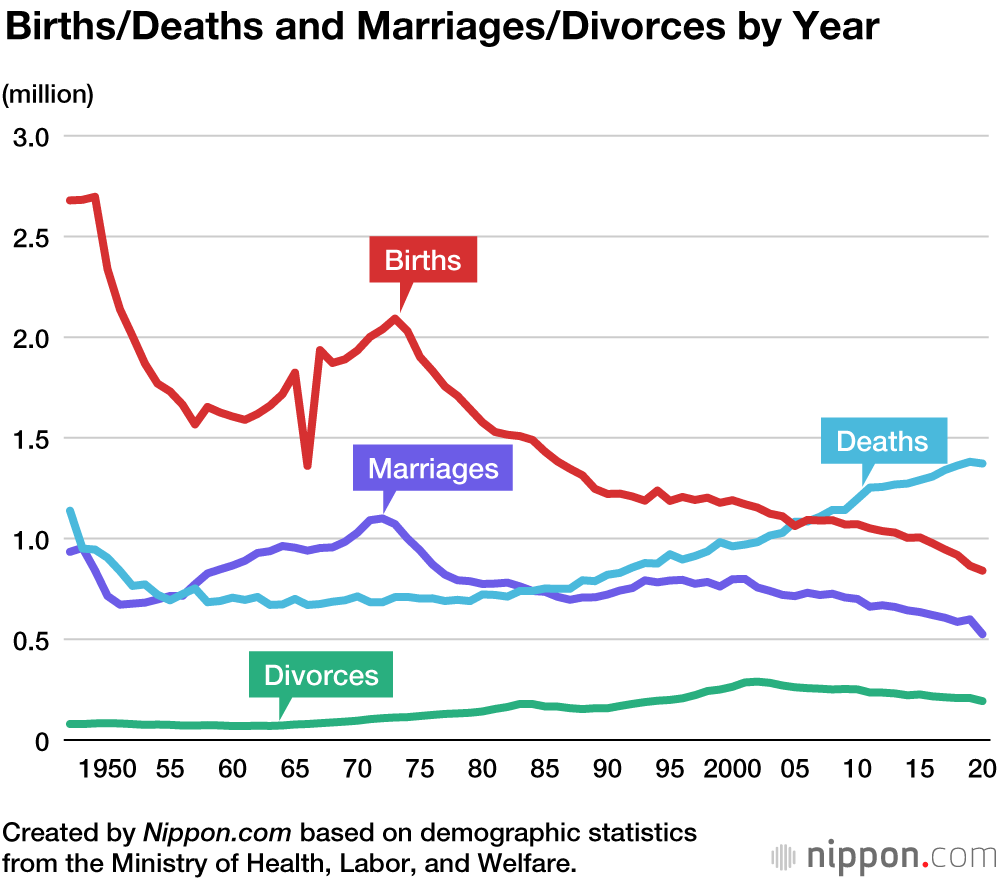 At 1,373,000, the number of deaths fell for the first time in 11 years. An increased focus on hygiene due to the COVID-19 pandemic, such as mask-wearing and thorough hand-washing, brought about a decrease in deaths from influenza and other respiratory disorders. Even so, the country saw its biggest natural population decline to date, with 532,000 more deaths than births. 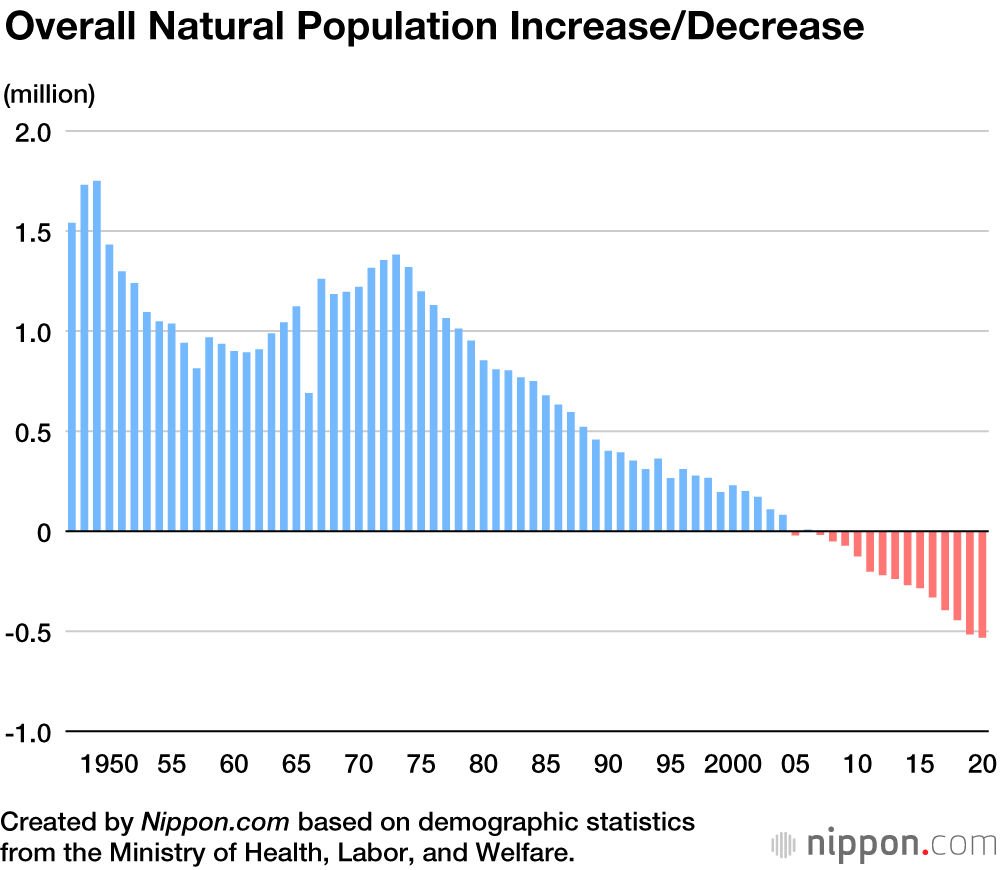 There were more than 2.5 million births each year in Japan’s first baby boom (1947–49), while the second (1971–74) saw over 2 million annual births. The number has fallen continuously since, however, dropping below the number of deaths for the first time in 2007.

The number of marriages dropped significantly in 2020, by 12.3% year on year to 525,000, setting a new postwar record low. Concerns about infection and difficulty in returning to the parental home to give birth also spurred a 4.8% year-on-year decline in pregnancies, as only 872,000 were reported to local governments during the year. This means that the number of births may fall below 800,000 in 2021.