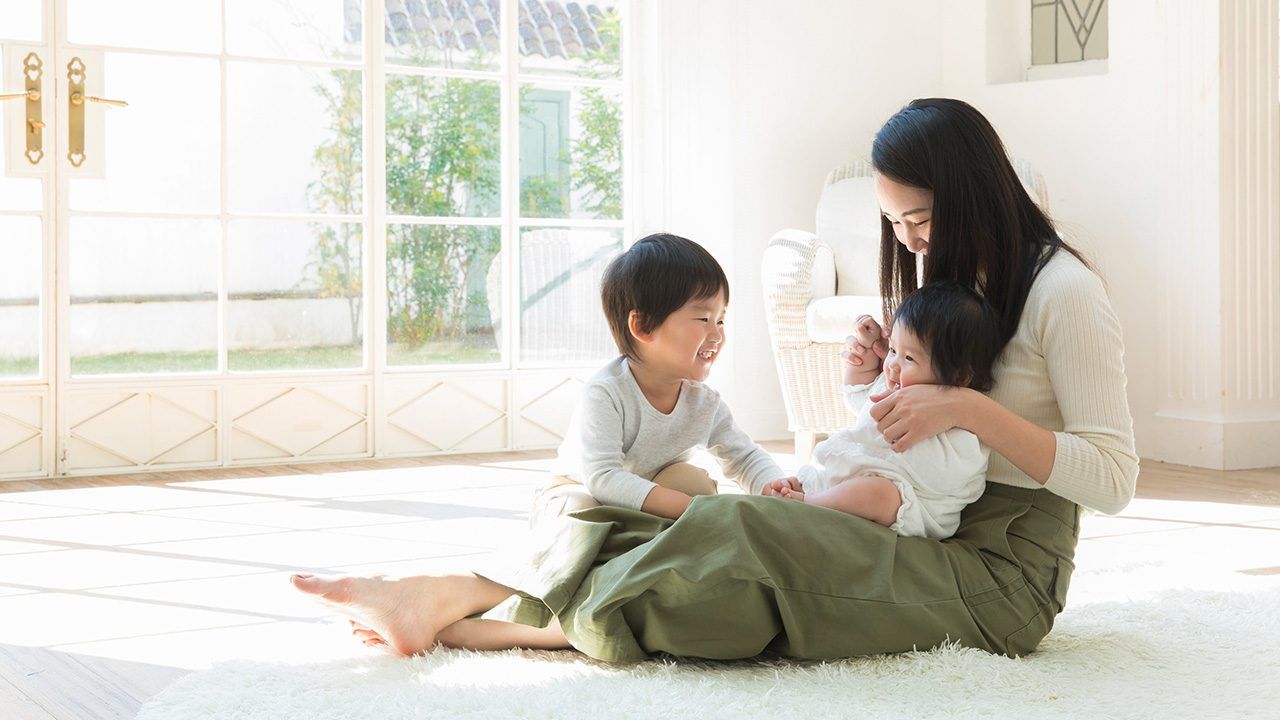 Economy Politics Family Health Jun 24, 2021
While life expectancy is increasing in Japan, people are also taking longer before getting married and starting a family.

Japanese women began to enter the workforce in greater numbers after the Equal Employment Opportunity Act came into force in 1986, leading to greater diversity in life choices and values. 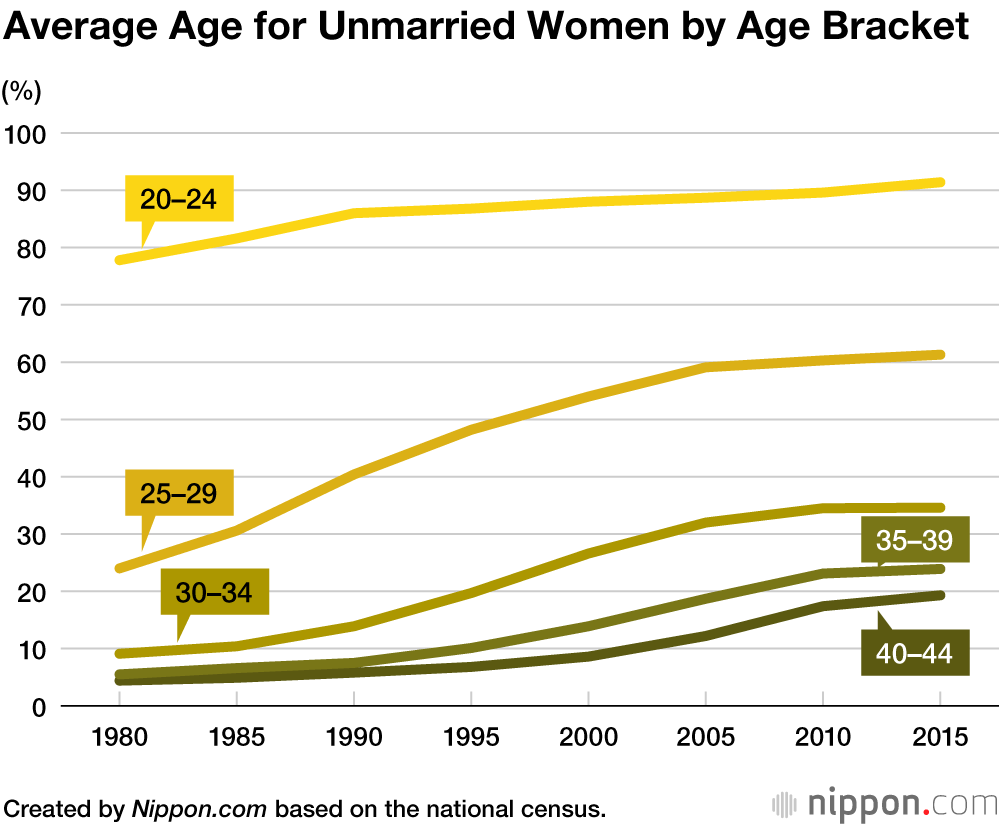 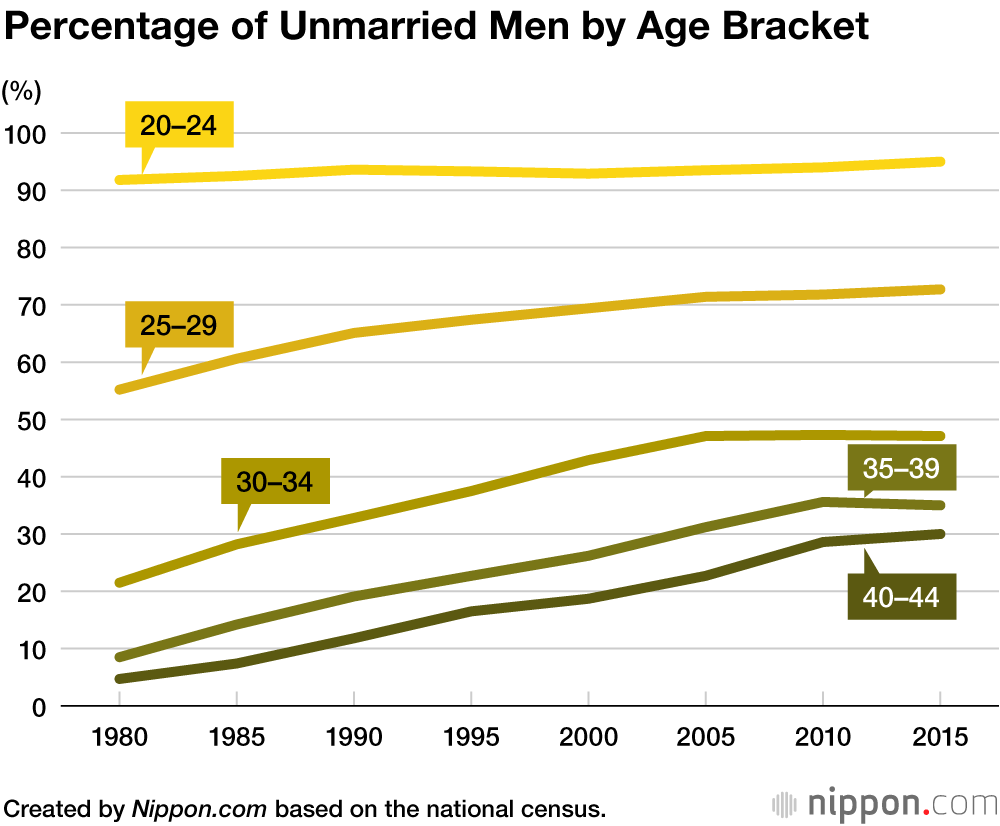 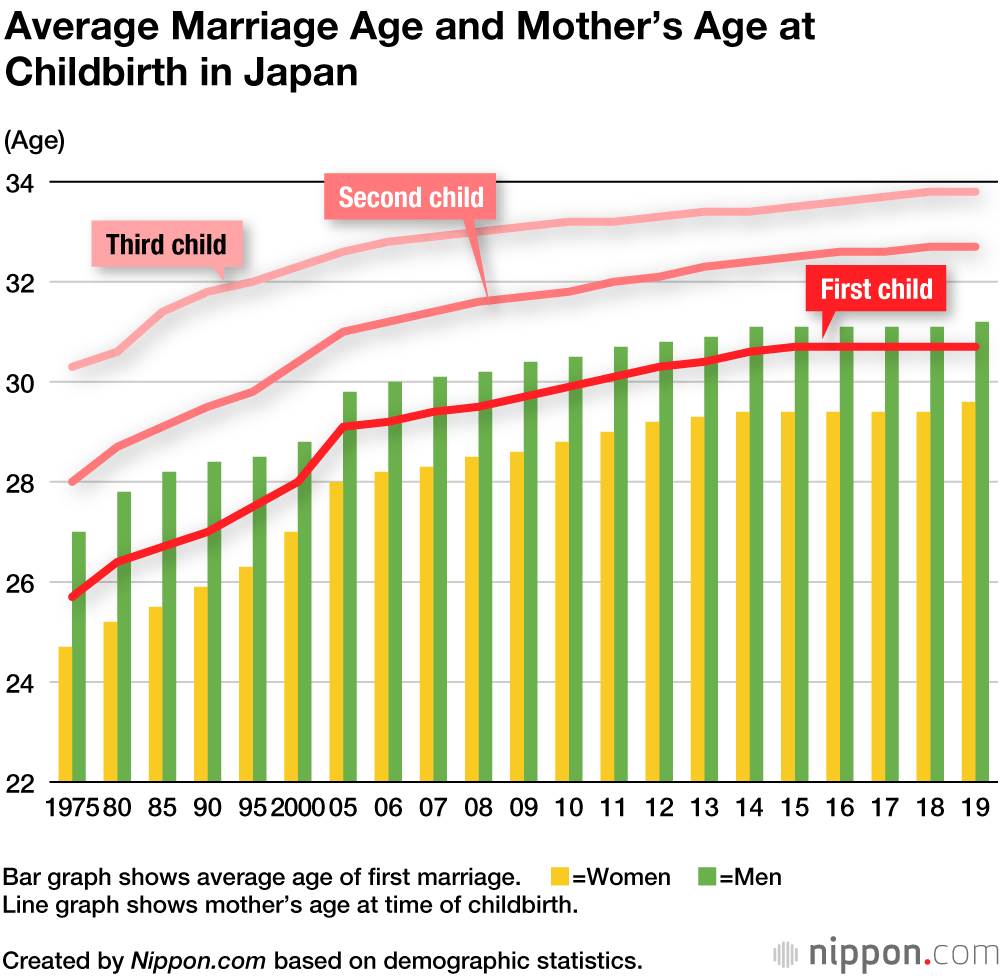 As people are getting married later, the average age for a woman to give birth to her first child has also risen. It has remained above 30 since 2011, when it reached 30.1, and in the period from 2015 to 2019 it stayed steady at 30.7, which is four years higher than the average in 1985. Giving birth to a first child at a later age also influences whether or not a couple will decide to have a second or a third child.