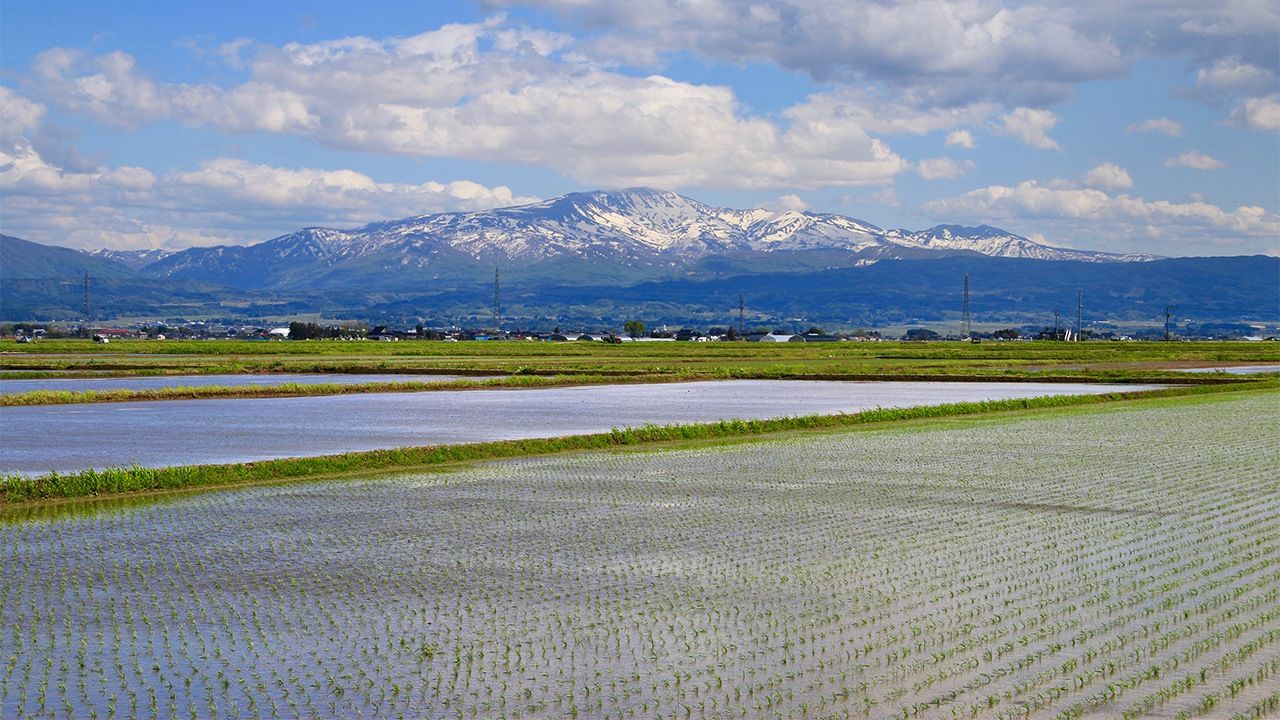 Economy Food and Drink Jun 28, 2021
The rice variety Koshihikari has a reputation for quality that has made it hugely popular in Japan. However, its overwhelming dominance has shown a slow decline in recent years.

Koshihikari is representative of delicious rice. The variety has held top position as the staple rice in Japanese meals since 1978. From 1996 through 2019, it accounted for 30% of rice for human consumption grown in Japan, far ahead of other varieties. Hitomebore, Hinohikari, and Akitakomachi have held second through fourth place, respectively, since 1999 and together, these four varieties account for 60% of the total. Incidentally, the three varieties vying for second place were all created by cross-breeding Koshihikari with other varieties, which shows the strength of its “family.”

However, the Koshihikari empire is showing some signs of decline. After peaking in 2005, the share for these four varieties has been slowly decreasing ever since and from 2018, it has fallen below 60%.

In 2018, government limits on rice cultivation were abolished, fostering fears of a collapse in the market price and the balance of supply and demand. Global warming has also meant that the cultivation areas for each rival variety have been undergoing changes. In order to beat the growing competition, producers have been moving away from focusing only on special brands toward a more diverse lineup. 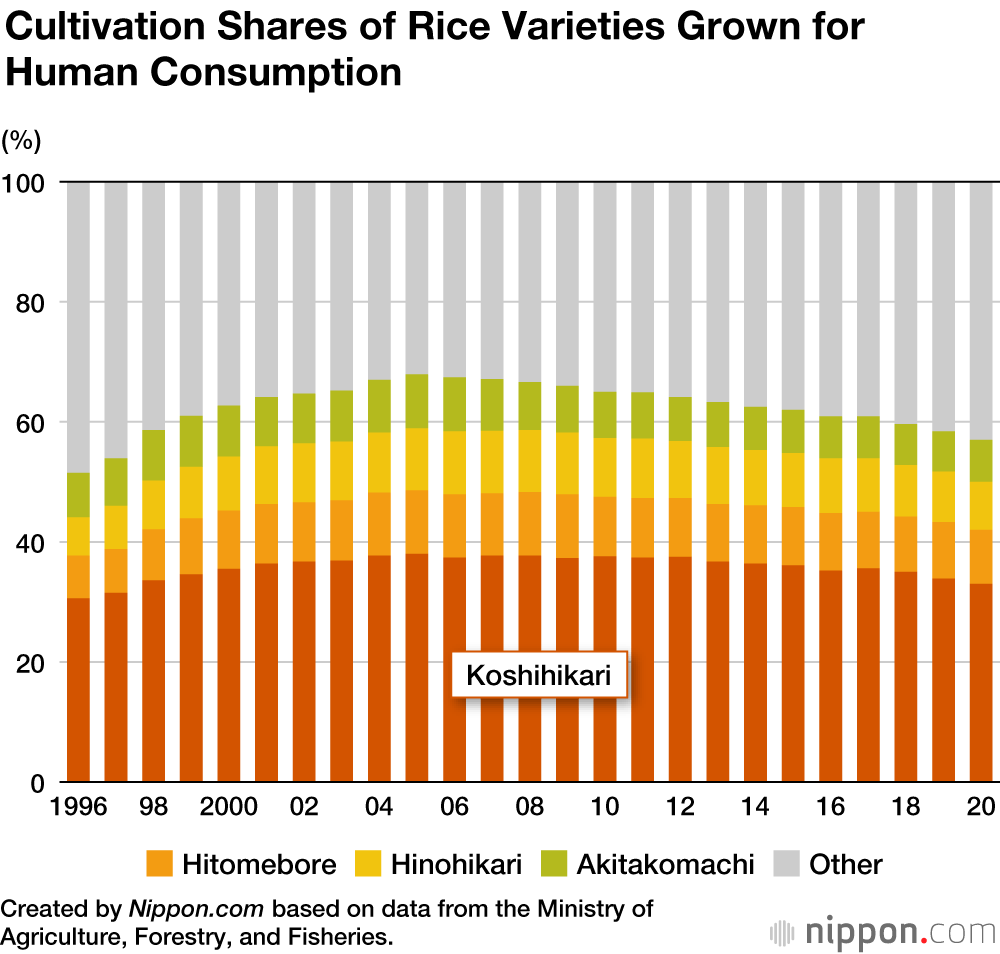 This trend for brand diversification can also be seen in the number of regional brand varieties in rice-producing areas. The Ministry of Agriculture, Forestry and Fisheries set specifications that the production area and brand name should be displayed on the rice bags, so for example “X-region-produced Koshihikari” or “Y-region produced Akitakomachi”. This has led to a continuous increase in the number of nonglutinous rice brands over the last 13 years, reaching 893 for the rice produced for 2021s.

With 40 varieties, Niigata is the prefecture with the most brands. This is followed by other major rice-producing regions: Ibaraki with 34, Akita with 33, and Miyagi and Fukushima, both with 32 varieties each. The larger the production area, the more the risk is diversified, so will this safeguard the Koshihikari empire for the future? 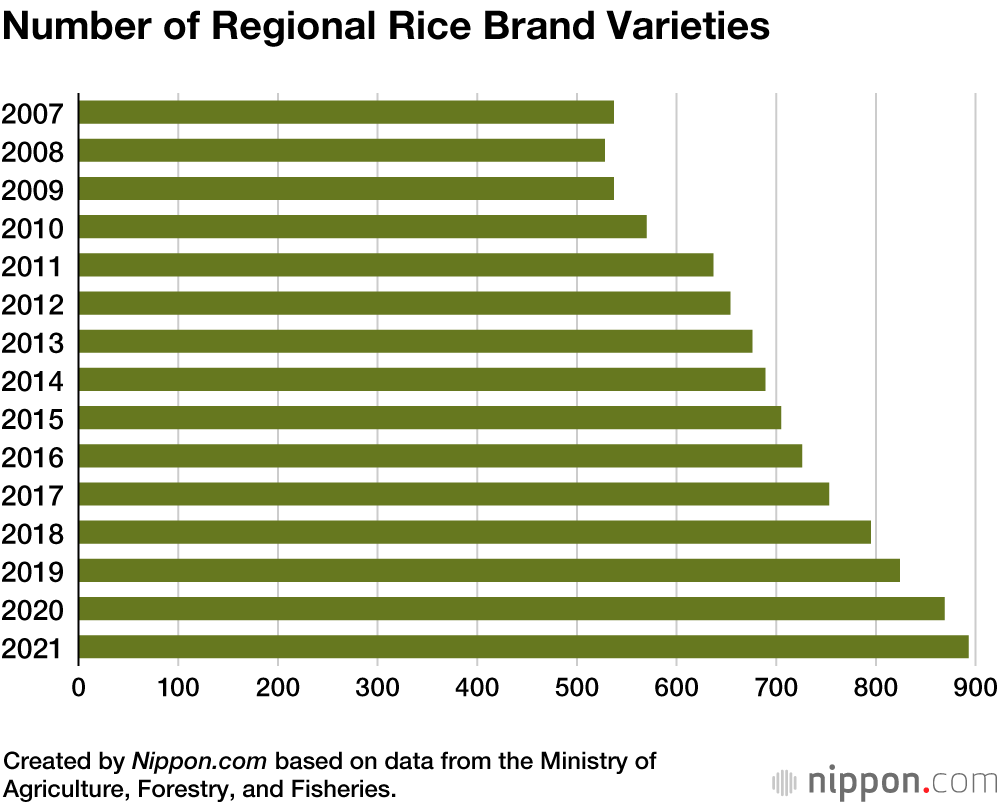