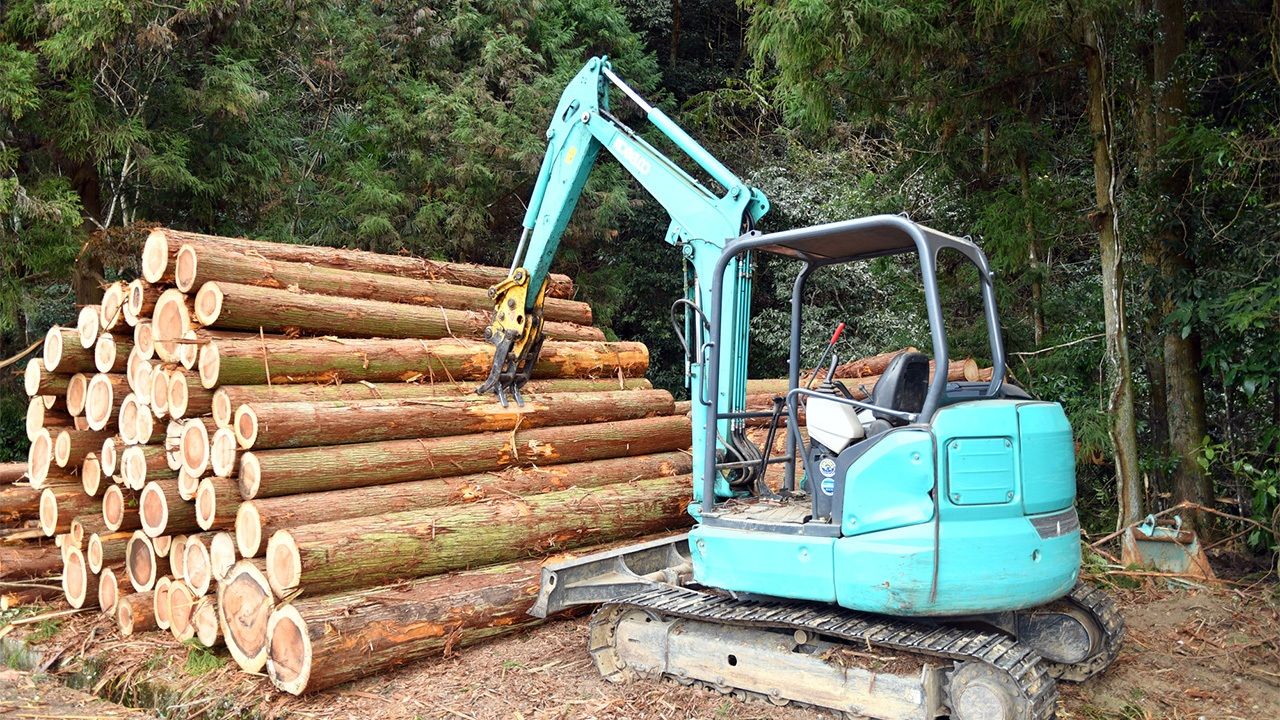 Japan’s Wood Exports on the Increase

Economy Jul 2, 2021
Growing overseas demand for Japanese wood has led to a steady increase in exports over the past decade.

According to the fiscal 2020 white paper on forests and the forestry industry published by the Forestry Agency, the value of Japan’s wood exports in 2020 increased year on year by 3%, to ¥35.7 billion.

This figure is the highest since 2018, when exports topped ¥35 billion for the first time in 41 years. The upward trend has continued since fiscal 2013, against the backdrop of increasing demand for wood in China and the growing popularity of cypress for use in home interiors in South Korea. 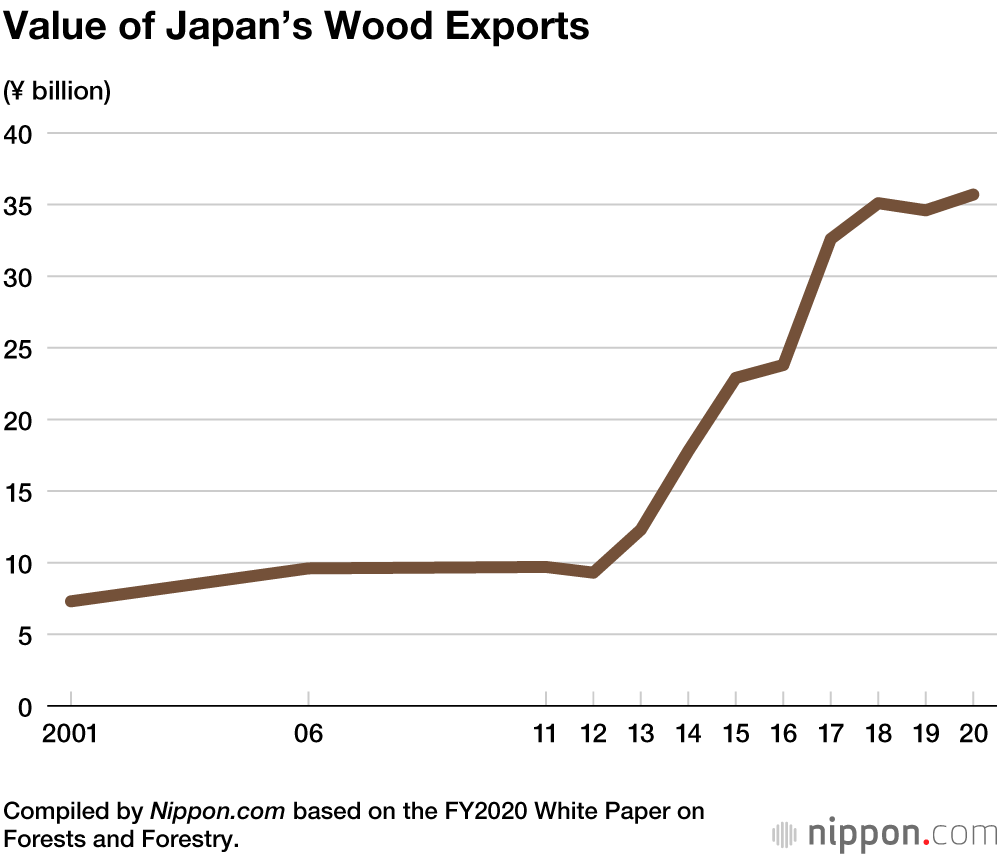 By export destination, China accounted for the largest overall share at ¥17 billion, followed by the Philippines at ¥6.5 billion, the United States at ¥3.8 billion, South Korea at ¥3 billion, and Taiwan at ¥2 billion. Demand was particularly strong in China and the United States for cedar (sugi), which is used as a material for packing, fencing, and civil engineering projects. 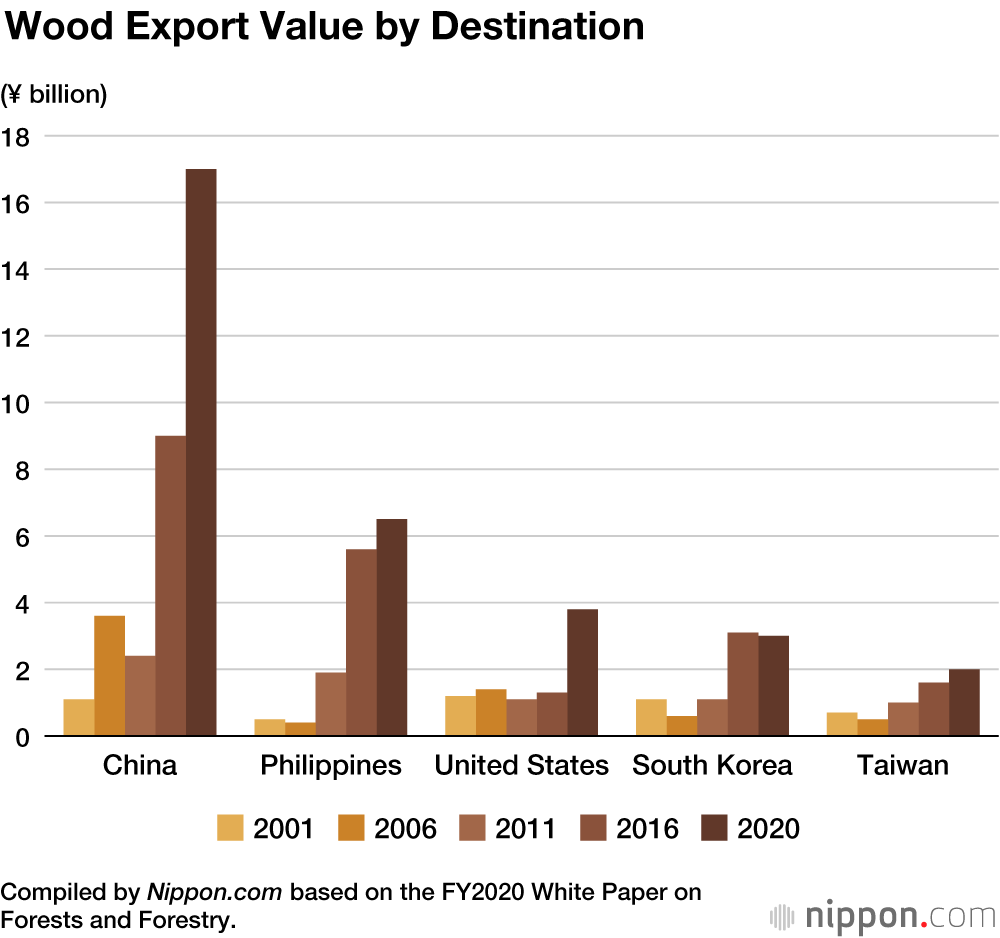 The size of the domestic wood market has contracted due to the fall in Japan’s population. Overseas markets, on the other hand, have been expanding due to economic growth and increasing populations in emerging countries. Thus, the government is focusing on capturing the global market centered on China, the United States, South Korea, and Taiwan, and is working to promote exports by popularizing the construction of Japanese-style structures, expanding sales channels for highly durable wood, and enhancing the brand value of Japanese wood products.

The upward trend in domestic production and significant decline in imports have contributed to the steady rise in the self-sufficiency rate since 2002, when it reached the record low of 18.8%.