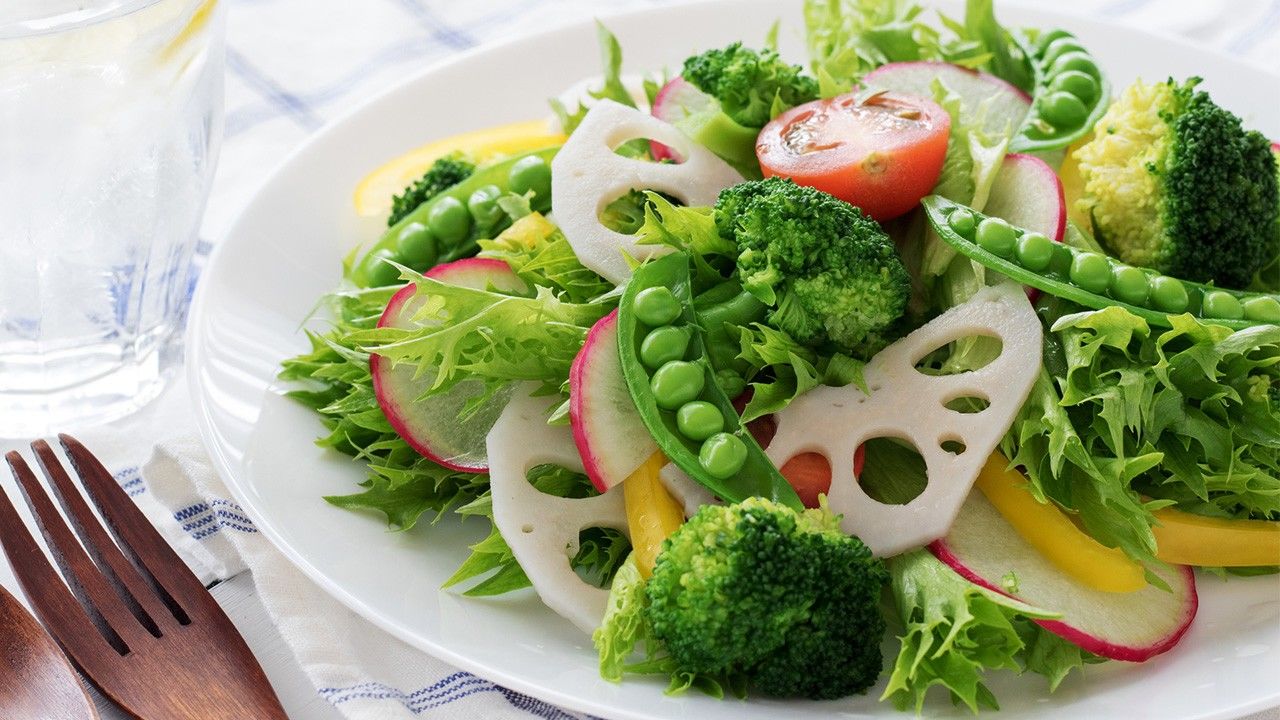 Economy Health Food and Drink Jul 1, 2021
Japanese people are eating fewer vegetables compared with 50 years ago, but the last decade or so has seen a big rise in purchases of readymade salads.

The amount of vegetables people eat in Japan has decreased from half a century ago, when the annual average was more than 100 kilograms of vegetables per person. According to the Ministry of Agriculture, Forestry, and Fisheries, the decline began around 1989, reaching a record low of 87 kilograms in 2019. The consumption of fruit has also dropped, although not as sharply as vegetables, also reaching a record low in 2019, at 34 kilograms. 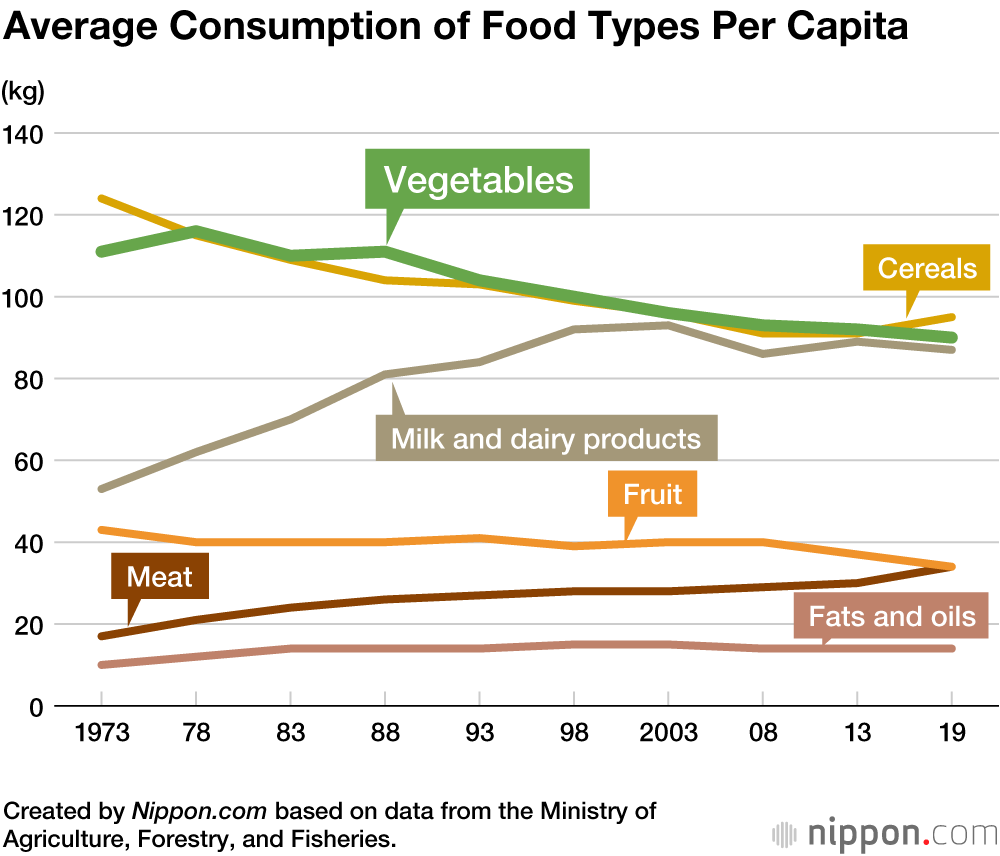 The Healthy Japan 21 index published by the Ministry of Health, Labor, and Welfare, sets the daily target for vegetable intake among adults at 350 grams. However, the current average consumption is 280.5 grams. Women’s average intake is 273.6 grams, which is noticeably less than the 288.3 grams average among men. Vegetable consumption among women in their twenties is particularly low, at only 60% of the target. Incidentally, the shortfall of 70 grams can be made up for by just consuming one small bowl of boiled spinach, half a tomato, or one cucumber. 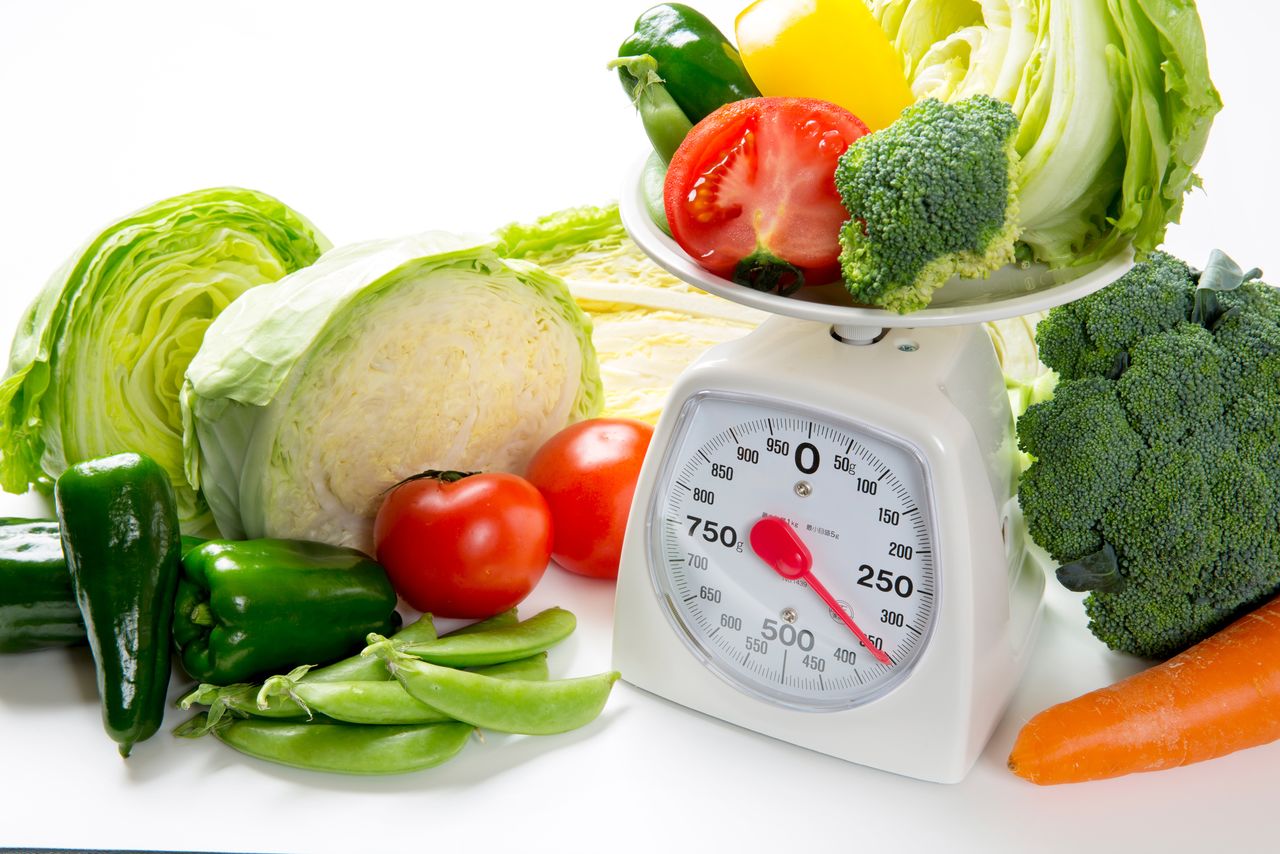 What 350 grams of vegetables looks like (and some other vegetables). (© Pixta) 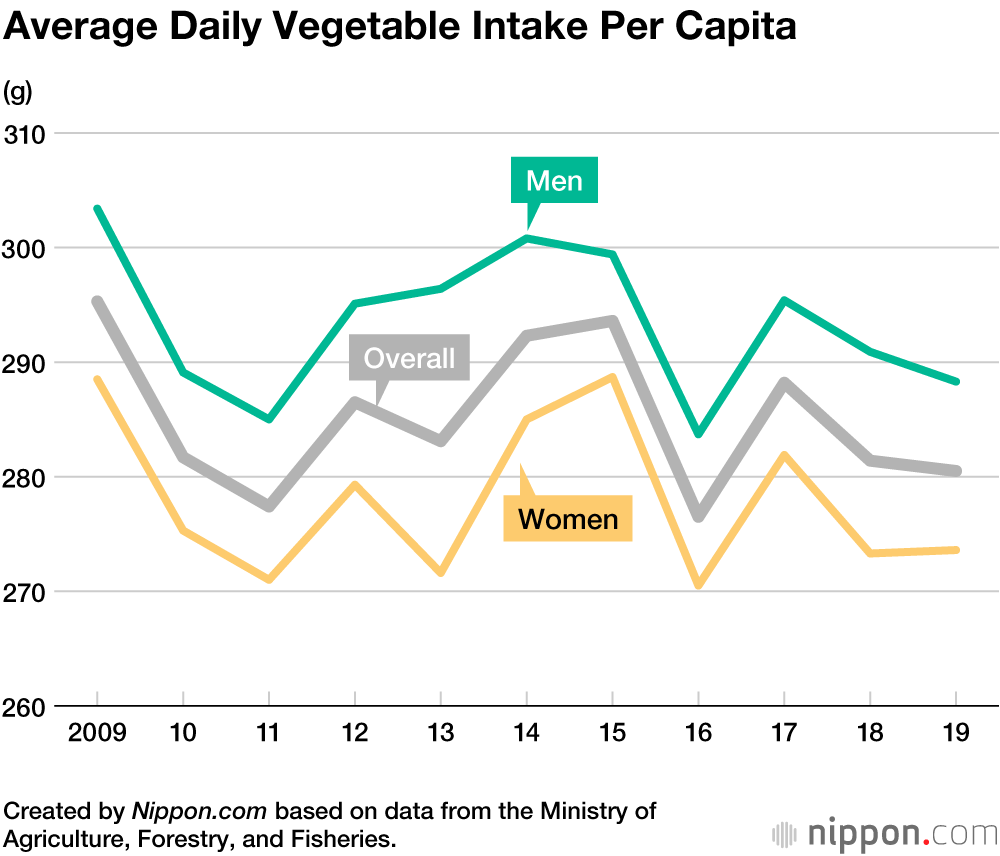 Until the early 1970s, most fresh vegetables were consumed in the home. Since then, however, households’ vegetable purchases have declined and the consumption of processed items such as ready-to-eat salads has increased. The salad sections at supermarkets, convenience stores, and department stores have expanded, and the amount of money consumers spend on salad has tripled from 1985 to 2020. The tendency to buy food requiring little preparation is growing among those in their thirties to sixties. 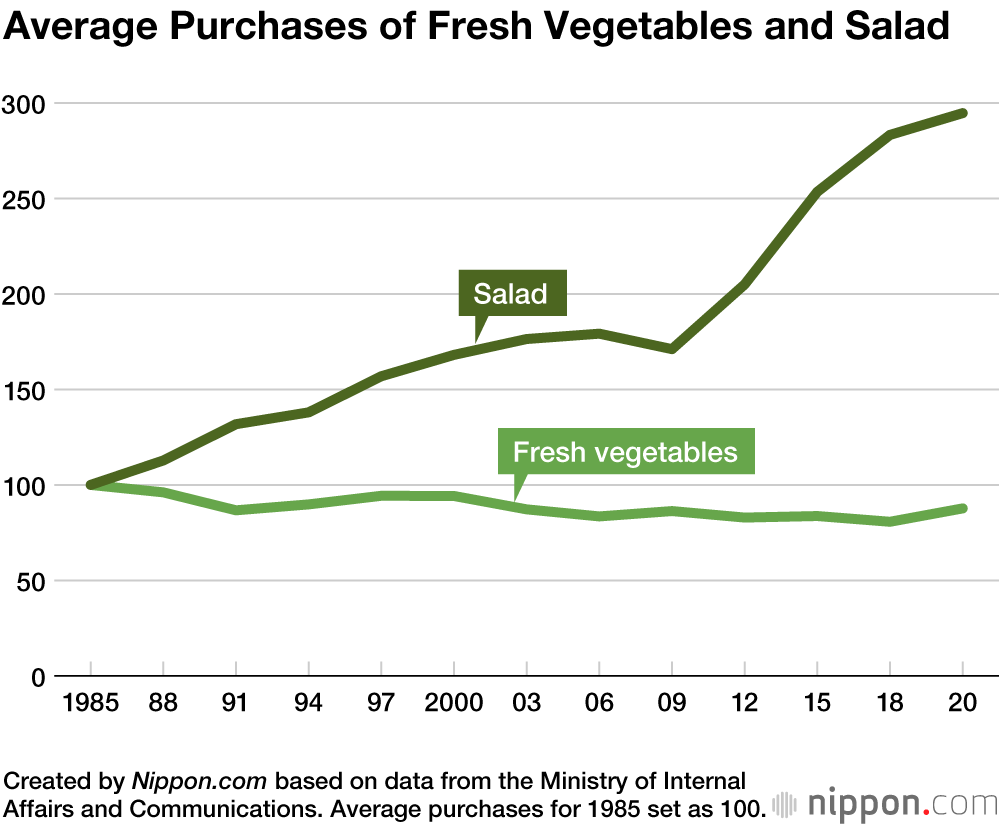