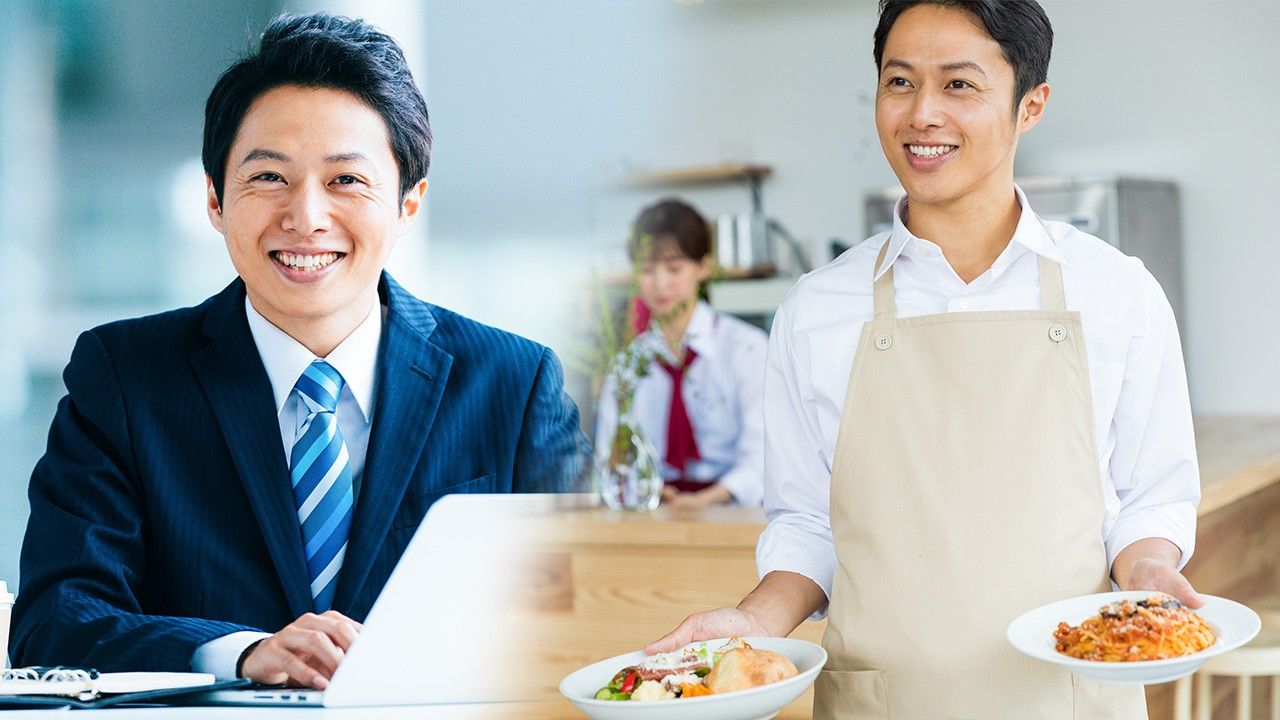 Economy Society Lifestyle Jul 9, 2021
Almost all the respondents to the survey showed some support for being allowed to take on a side job.

The dispatch agency Staff Service Holdings recently ran a nationwide survey aimed at 1,100 men and women aged from 20 to 69. When participants were asked their opinion on whether they would like to be able to do a side job in addition to their main work, 91.5% agreed or somewhat agreed.

Of those in their twenties, 78.6% expressed unqualified agreement, showing that the younger people are, the more they want to increase earnings by extending out from their main job into other work. 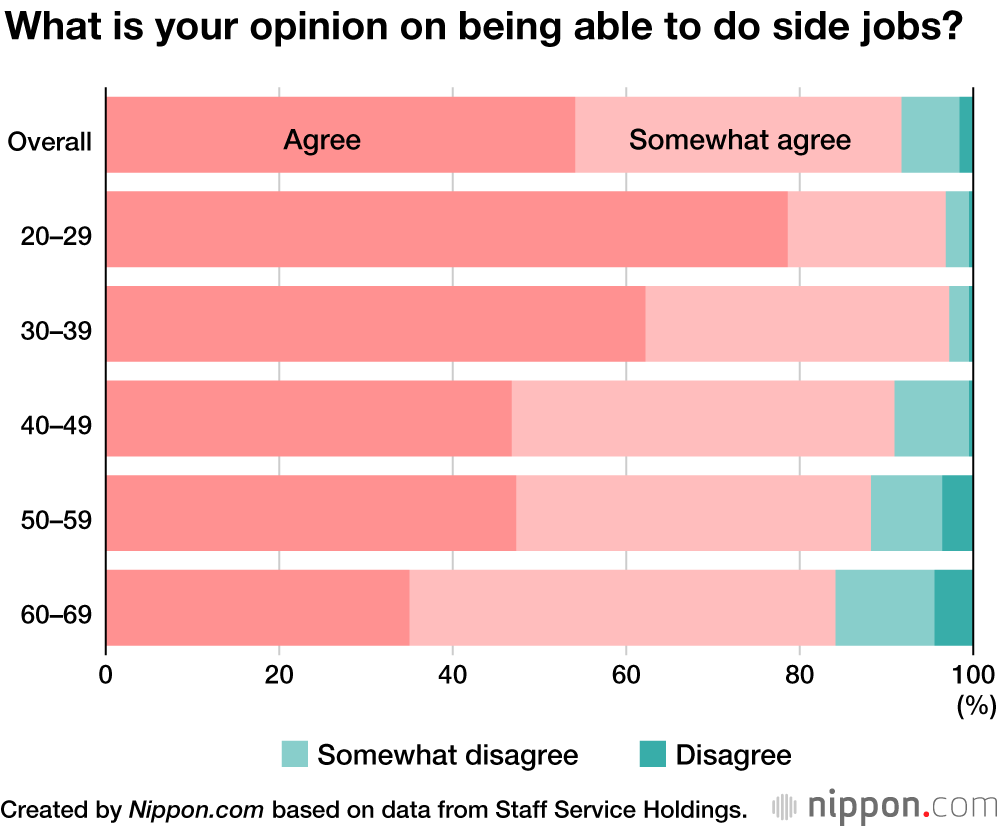 When asked to give their reasons for being in favor of side jobs, one 24-year-old man stated that “it hedges against the possibility your main work may fall through. You can use the skills you learn in your side job in your main work too.” A 23-year-old woman said that “if you can generate income with techniques and skills not used in your main job, it’s a path to financial independence and earning a living without having to depend on a company.”

However, when asked if it was possible for them to have side work alongside their main job, those who answered either that it was “possible” or “somewhat possible” only amounted to 57.8%. The most common reason given for it not being possible was the difficulty in securing time to do side work (39.9% of respondents). This was followed by concerns that it would either interfere with (35.8%) or stop them being able to concentrate (24.3%) on their main job. 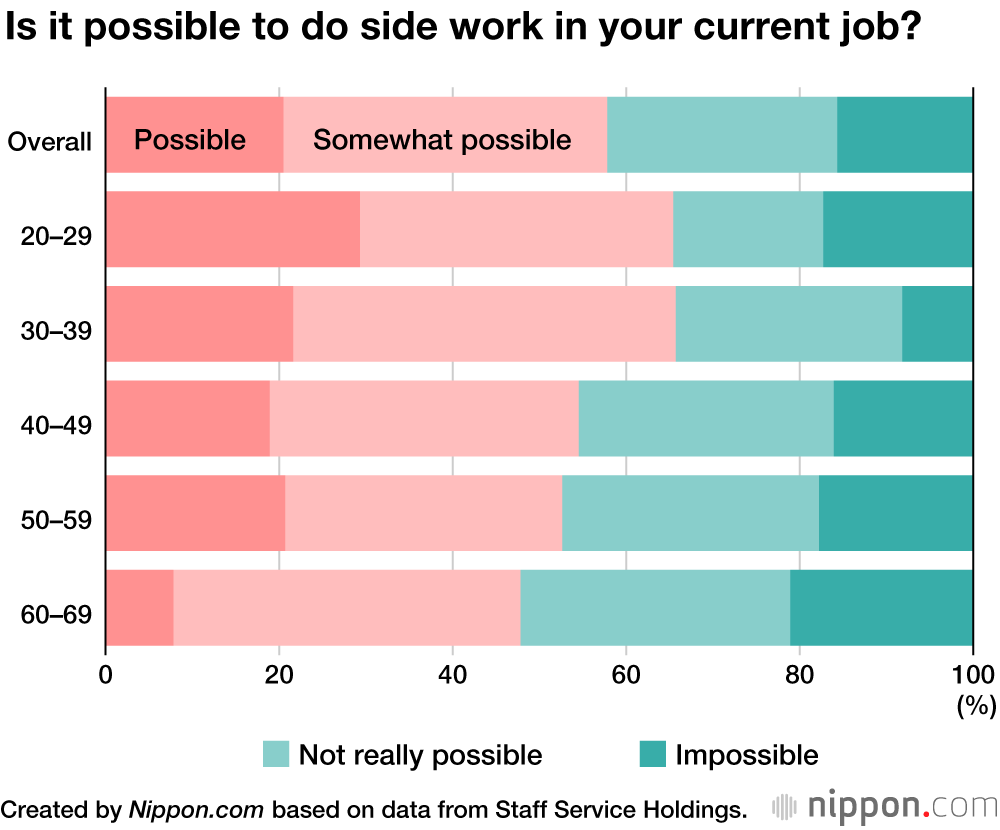 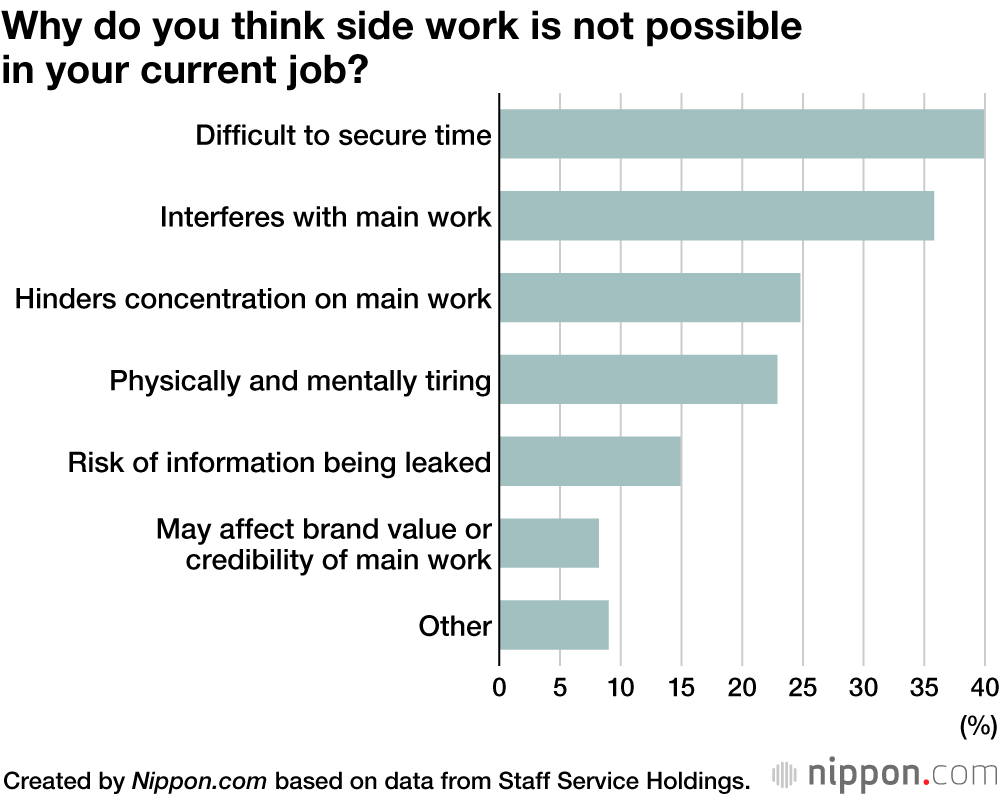 When asked about introducing a three-day weekend, a total of 71.5% answered that they agreed or somewhat agreed with the idea. The ratio for those in their twenties who agreed was more than 85%, while for those in their forties and fifties, it remained around 60%.

Both those for and against were concerned with the effect on their income, and comments ranged between “if it can be combined with doing side work, I’m for it. It will broaden my work horizons” from a 48-year-old man, and “it would be great to have more days off, but the reduction in wages would be tough” from a 34-year-old woman. 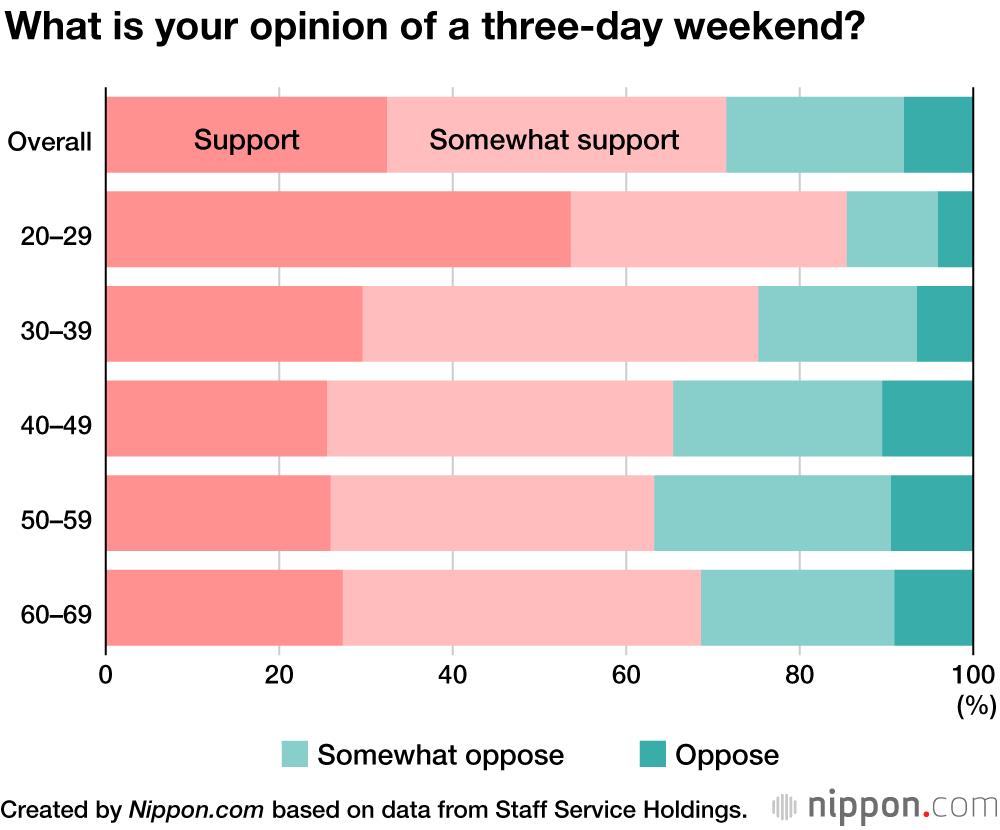