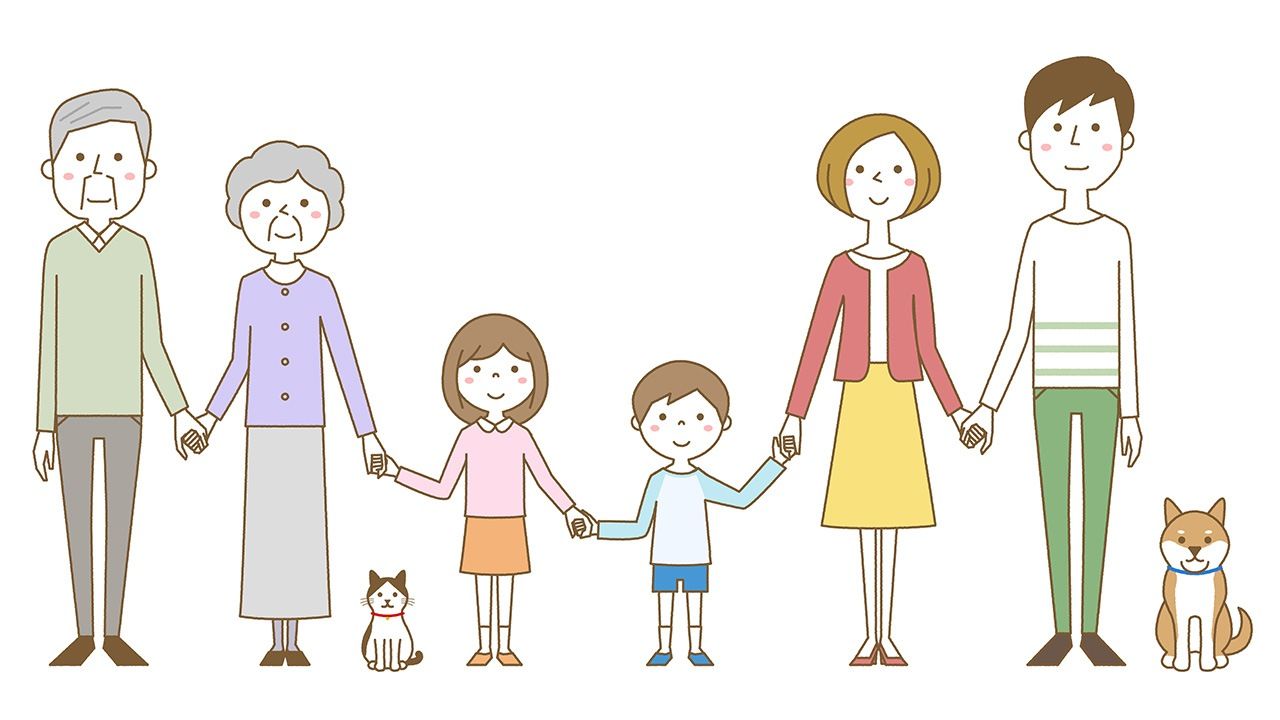 Economy Society Jul 14, 2021
Due to the COVID-19 pandemic, in fiscal 2020 the number of people who were fully exempted from or granted a moratorium for payments of premiums for Japan’s kokumin nenkin national pension insurance program reached a record high.

Japan’s kokumin nenkin national pension insurance program is for the self-employed and some other workers. In 2020, the number of people who were exempted or granted moratoriums for kokumin nenkin pension payments rose by 260,000 year-on-year to 6.1 million. This was the highest ever since the introduction of the basic pension system in 1986.

Behind the increase was the government’s introduction of a special measure in May 2020 to exempt all or part of the premium payments for those whose income has suddenly dropped. This was part of the government’s economic stimulus measures in response to the COVID-19 pandemic. While it decreases the burden in the present, however, it also reduces the amount of pension that will be provided after retirement. 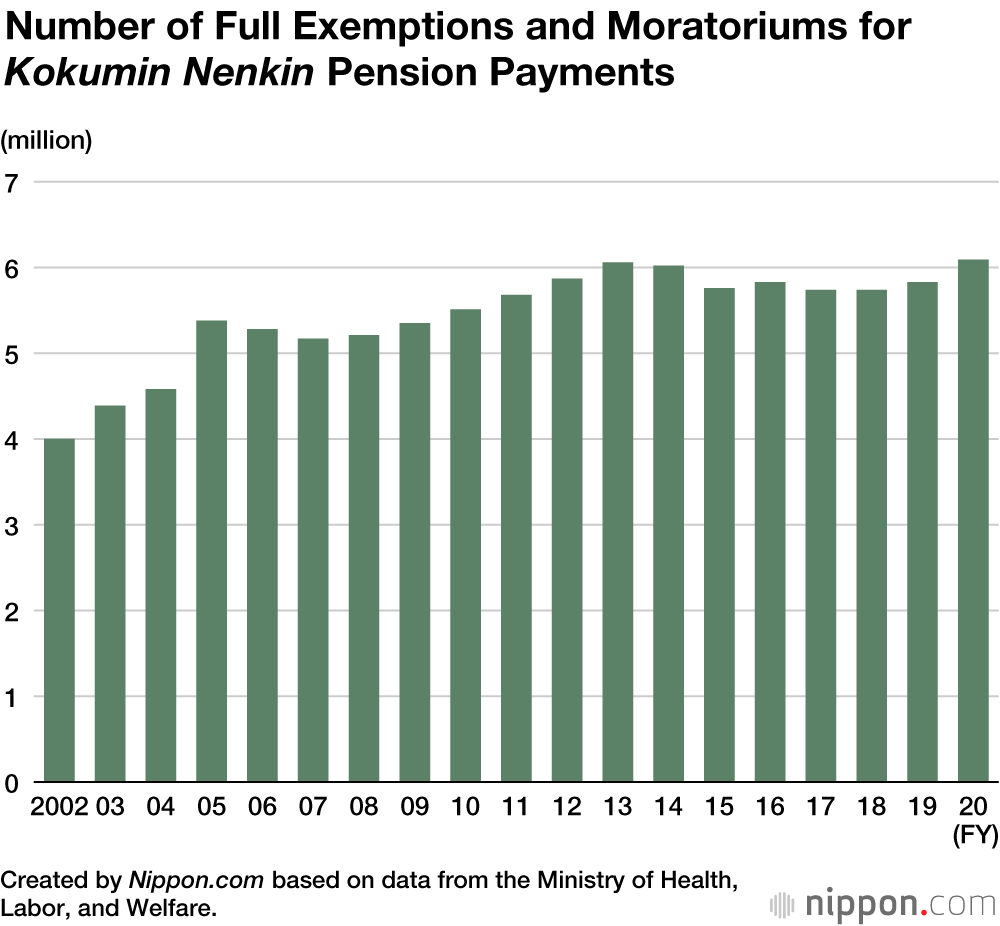 As of March 2021, 14.5 million people were registered in the kokumin nenkin pension scheme. The rate of premium payments received in fiscal 2020 rose by 2.2 points from the previous year to 71.5%. This is the ninth year in a row that the rate has improved. Pension premiums can be paid retroactively up to a period of two years, so including these the final payment rate in fiscal 2018 also rose for the eighth consecutive year to 77.2%.

However, people who were fully exempted from or granted a moratorium for payments are not included in that calculation, so even if exemptions increase, it does not cause the payment rate to decrease. When those exemptions are factored in, the actual payment rate drops to 40.7%. 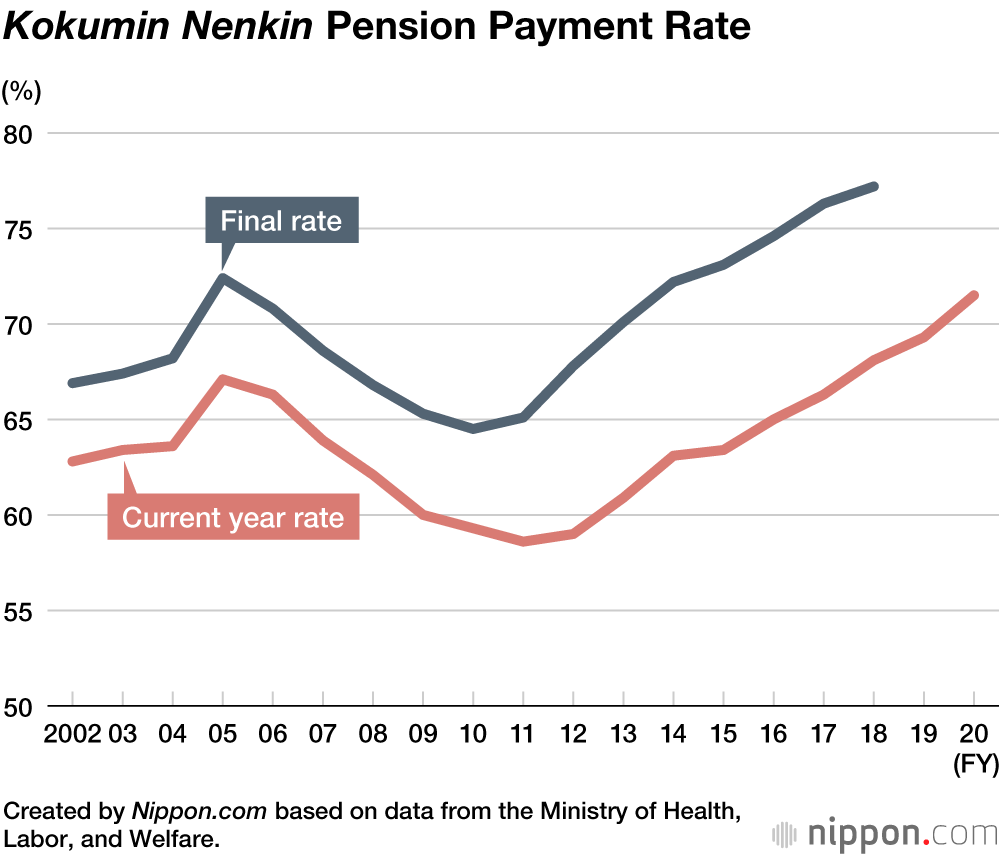