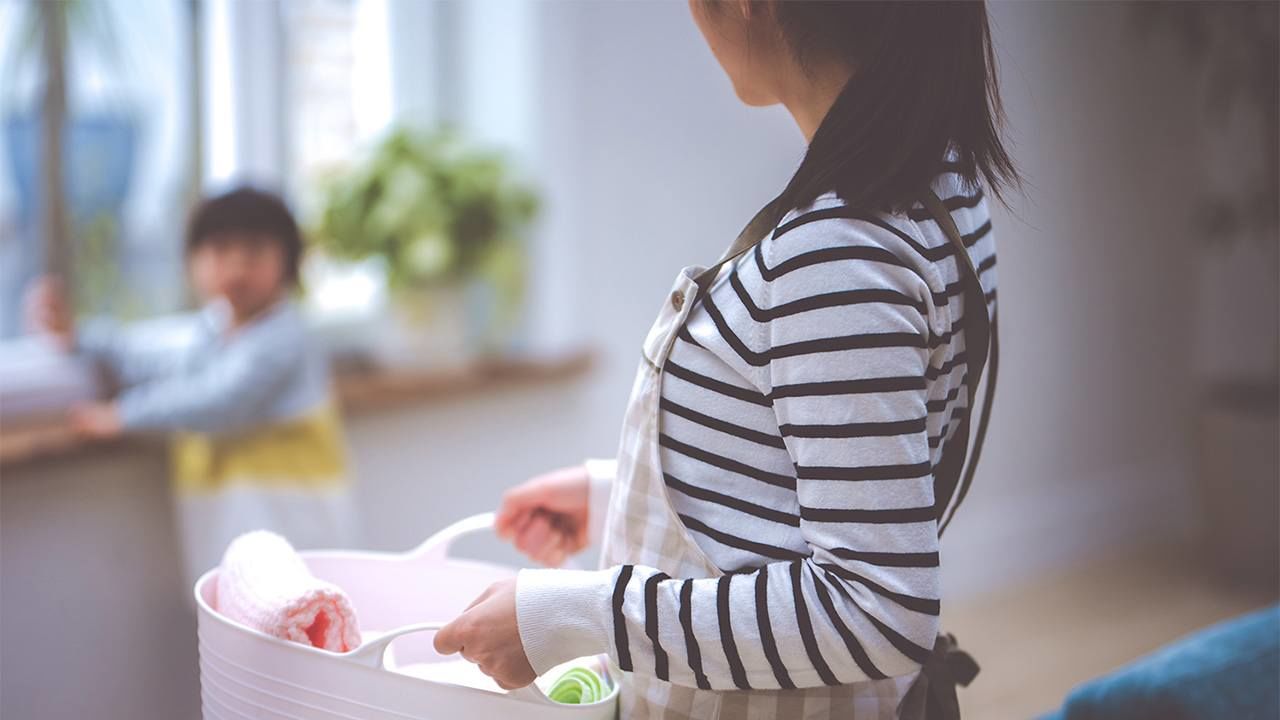 Society Jul 20, 2021
An international survey comparing whether people think it is easy to raise children in their country found Japanese respondents considerably less likely to agree than those in France, Germany, and Sweden.

In March 2021, Japan’s Cabinet Office announced the results of an international survey analyzing societies with decreasing numbers of births. It revealed that more than 60% of respondents in Japan felt it was not easy to have and raise children in their own country.

This survey is conducted every five years and the most recent one, running from October 2020 to January 2021, targeted men and women aged 20–49 in Japan, France, Germany, and Sweden. There were 4,400 responses received from approximately 1,000 people in each of the four countries.

Asked if they thought it was easy to have and raise children in their own country, Sweden had the highest positive response with a total of 97.1% saying either they “strongly” or “somewhat” agreed. This was followed by France with 82.0% and Germany with 77.0%. Japan, on the other hand, stood at 38.3%. Japan had the highest percentage of people who “somewhat” or “strongly” disagreed with 61.1%, while Germany had 22.8%, France 17.6%, and Sweden 2.1%. 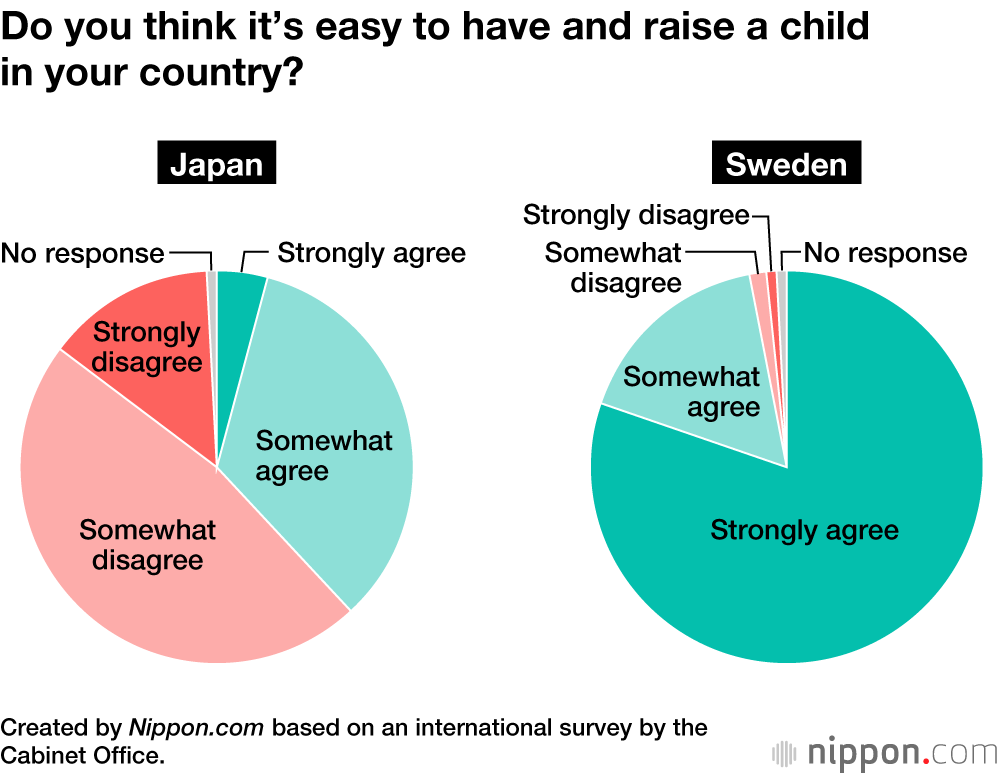 The main reason people gave in Japan for their agreement, with 52.0%, was because “it’s safe in the community.” For the three European countries, 50–70% mentioned there being “good provision of various childcare services” and because “maternal and pediatric medical care from pregnancy to postpartum is available.”

When asked about the extent of roles husbands and wives had in raising children before elementary school, those who answered either that the “wife does everything” or that the “wife does most, with help from the husband” totaled 58.1% for Japan. For France, this was 37.4%, Germany 35.1%, and Sweden 4.3%. Sweden had the highest percentage of both partners playing an equal role in childcare (94.5%), followed by Germany (62.7%), France (60.9%), and then Japan (40.5%). Compared to these European countries, wives in Japan still have the central role in raising children. 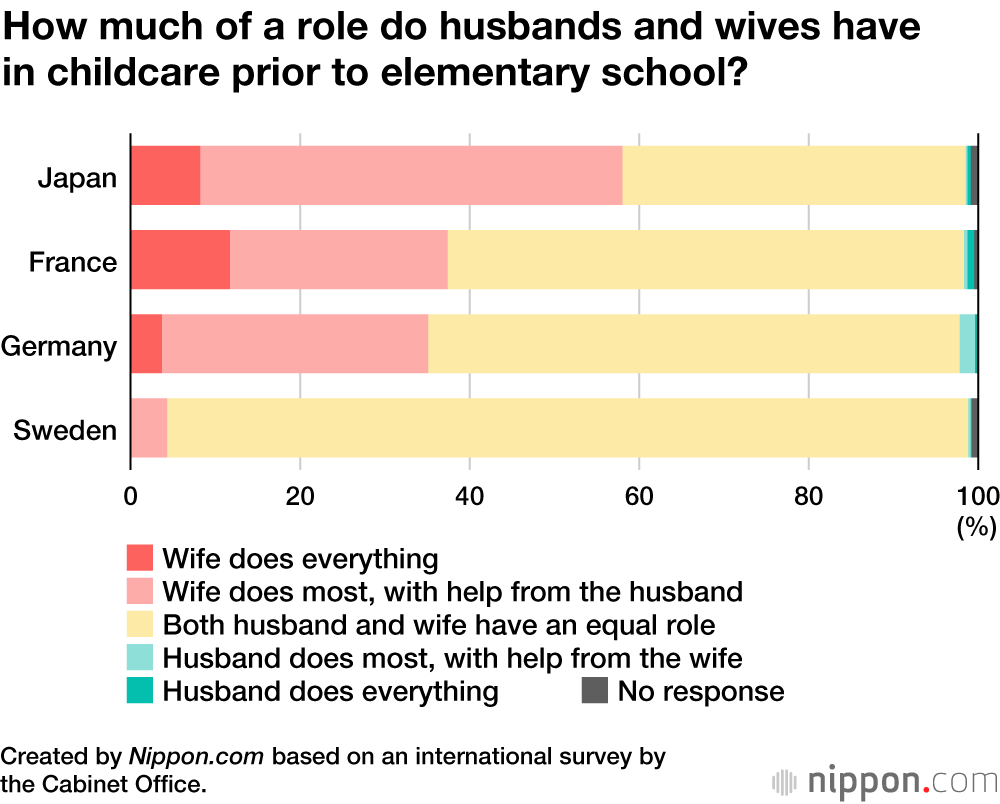