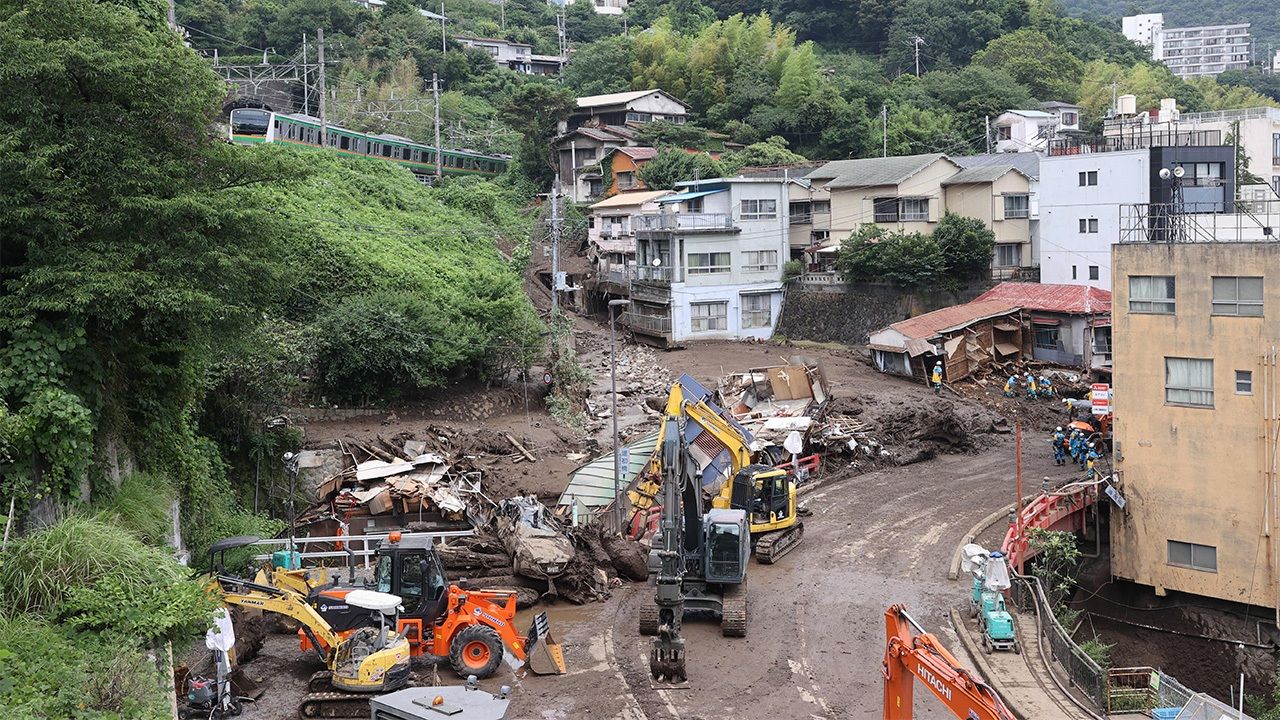 Data Shows Rise in Rainfall and Temperatures in Japan

Society Jul 19, 2021
Data from the Japan Meteorological Agency shows that there have been rises in both rainfall and temperatures in Japan, with July being a time for particular caution.

In Japan, a large number of rain-related disasters occur in July, as has been the case this year with the devastating mudslide in Atami, Shizuoka Prefecture. Once the rainy season is over, concerns then increase over heatstroke. Japan Meteorological Agency observation data shows that, over the last few decades, there have been significant rises in both rainfall and temperatures.

According to the agency’s data on occurrences nationwide of hourly rainfall of 50 millimeters or more, there was an average of 334 in the most recent 10 years (2011-2020). This was almost a 50% increase compared to the first decade that statistical data was taken (1976-85), where it averaged 226. JMA historical nationwide data for daily precipitation (over the full 24 hours) showed that many records for rainfall around the country have been set since 2000, including the overall record of 922.5 millimeters in Hakone, Kanagawa Prefecture, on October 12, 2019. 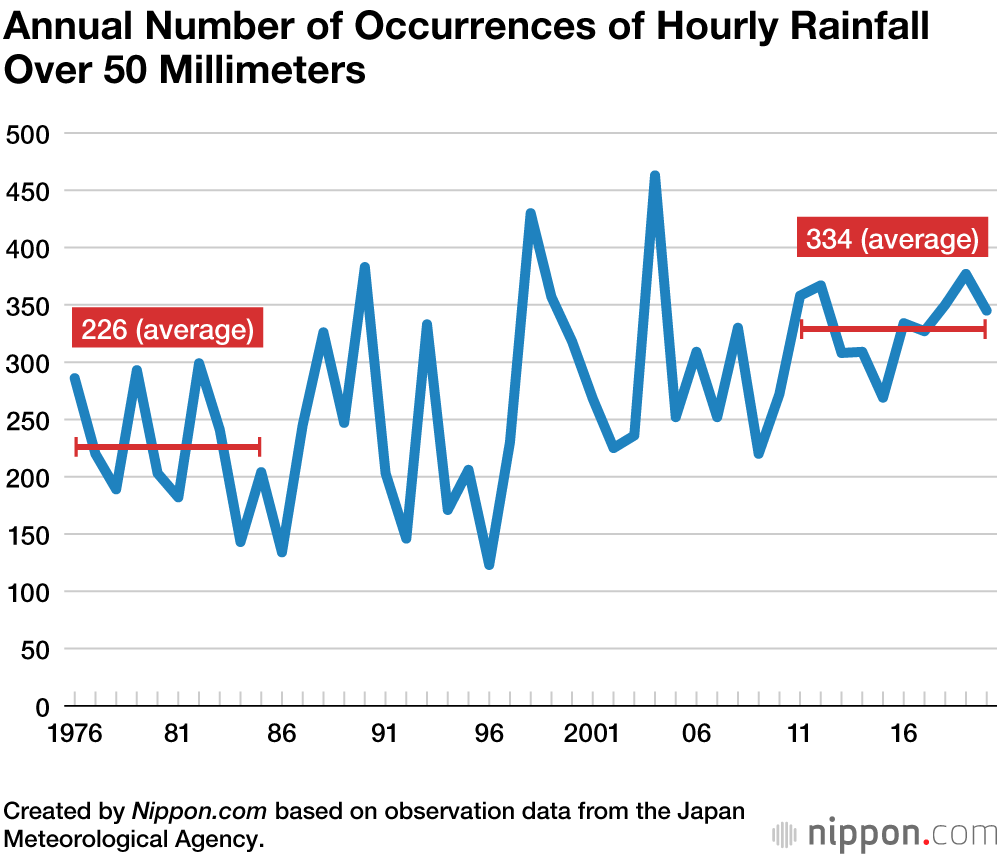 Over the last few years, July in particular has had large-scale torrential downpours, including in 2018, which saw record heavy rain mainly in western Japan, and in 2020, when rivers flooded over a wide area from western Japan to the Tōhoku region.

Meanwhile, looking at the number of extremely hot days on which the maximum temperature was 35°C or more, the average for 13 locations nationwide over the most recent 30 years (1991–2020) was 2.5 days. Compared to the first 30 years of statistical data (1910–1939) with 0.8 days on average, there has been a threefold increase. The highest temperature ever recorded in Japan was 41.1°C in both Hamamatsu, Shizuoka Prefecture, on August 17, 2020, and in Kumagaya, Saitama Prefecture, on July 23, 2018, and the ranking of record temperatures is dominated by occurrences since 2000. 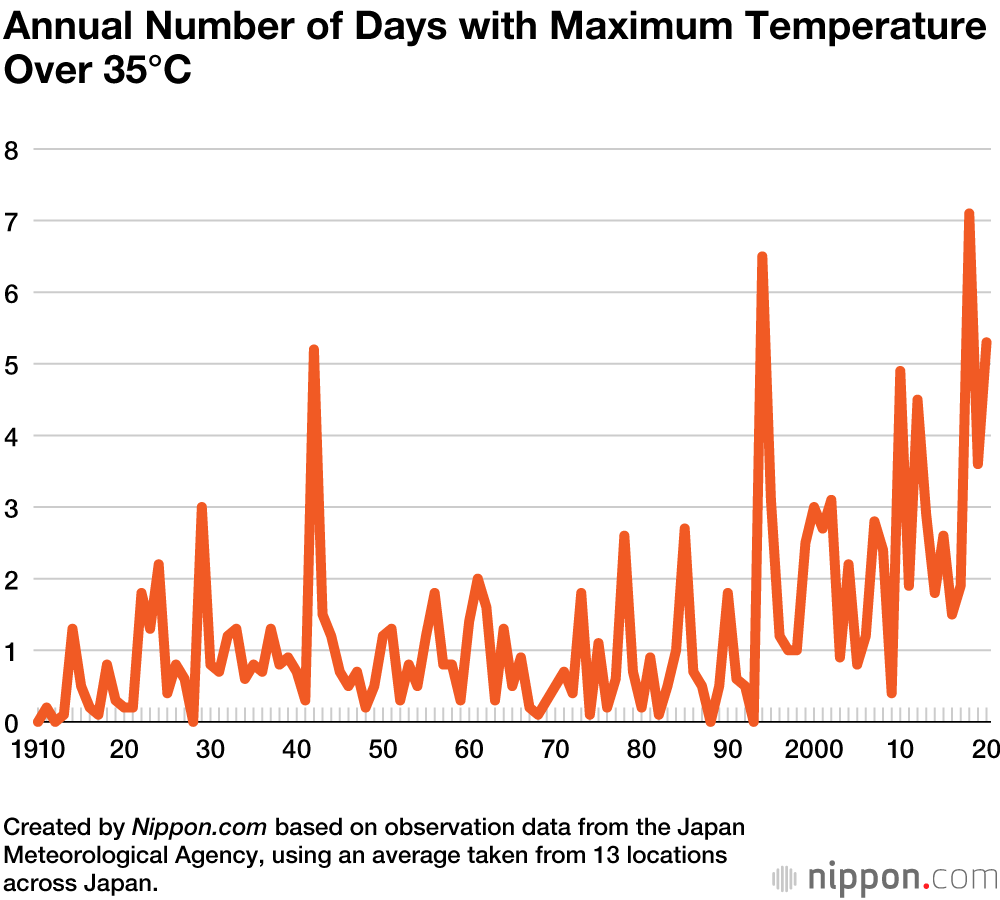 (Translated from Japanese. Banner photo: Sediment being cleared near the Aizome Bridge on National Route 135 in Atami, Shizuoka Prefecture, on the afternoon of July 7, 2021. The JR Tōkaidō Line can be seen running in the background on the left. © Jiji.)