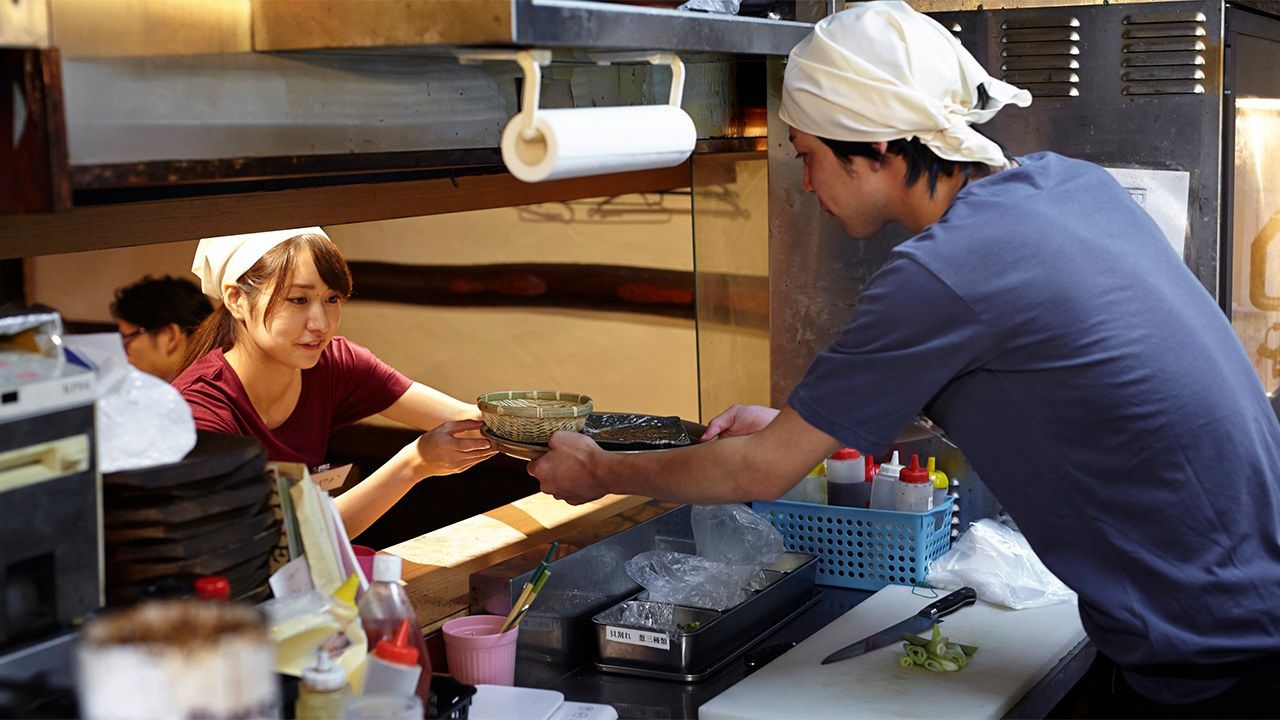 Average Minimum Wage in Japan Set to Rise to ¥930

Economy Politics Work Society Jul 21, 2021
The average hourly minimum wage in Japan is set to rise by a record ¥28, pleasing workers, but dismaying business owners struggling in the pandemic.

A government subcommittee has agreed to propose raising the average hourly minimum wage across Japan by ¥28 in fiscal 2021 to ¥930. The suggestion from the subcommittee of the Central Minimum Wages Council of the Ministry of Health, Labor, and Welfare would be the largest increase since the country started recording minimum wages by the hour in fiscal 2002. The lowest rate of ¥792 per hour in the prefectures of Akita, Tottori, Shimane, Kōchi, Saga, Ōita, and Okinawa would rise to ¥820, leaving no areas with a rate below ¥800.

In its Basic Policy on Economic and Fiscal Management Reform, adopted through a cabinet decision in June, the government announced a target of ¥1,000 as an average hourly minimum wage nationwide to be achieved as soon as possible, based on performance before the emergence of COVID-19, and signaled a planned rise for the current year. Small and medium-sized enterprises struggling amid the pandemic pushed for a continuation of the status quo, but the government was intent on raising wages.

Following the subcommittee’s report to the MHLW, the new minimum wage is set to come into force around October to allow for decisions on the level of raises in individual prefectures. 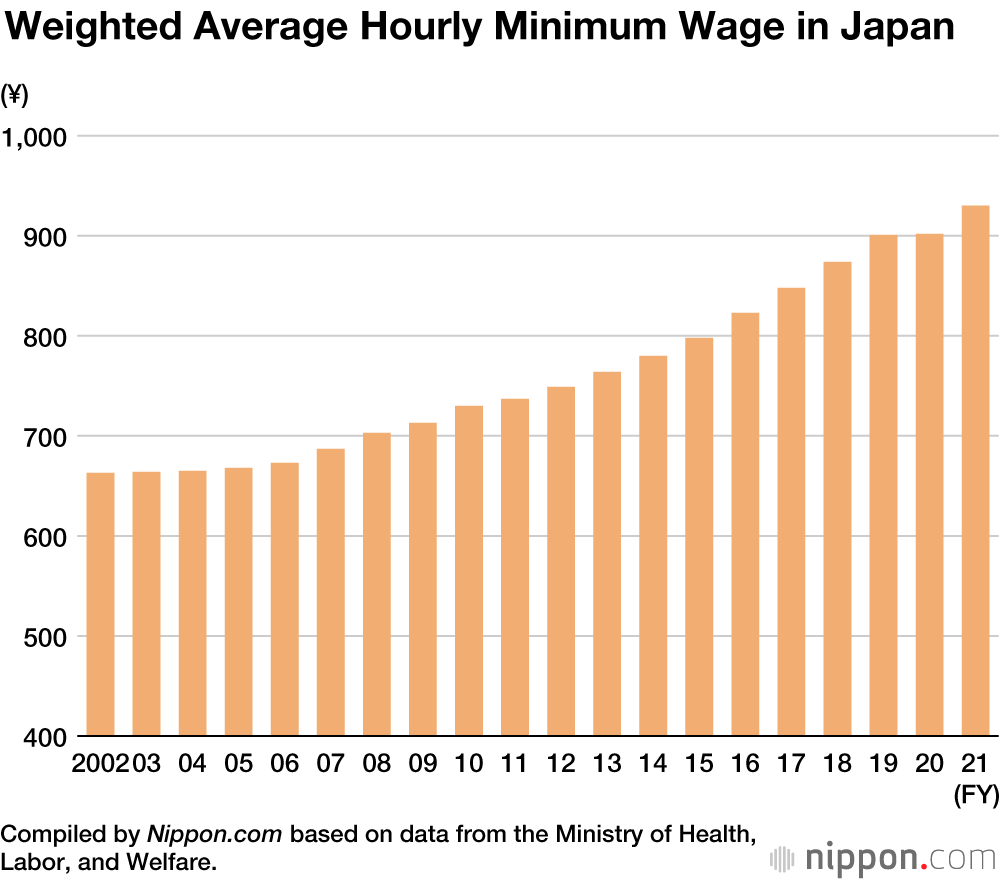 The minimum wage is highest in heavily urbanized prefectures, rising above ¥1,000 in Tokyo and Kanagawa, and above ¥900 in Saitama, Chiba, Shizuoka, Aichi, Mie, Osaka, Kyoto, and Hyōgo. In the Tōhoku, Shikoku, and Kyūshū regions, by contrast, the minimum wage is still less than ¥850 in many prefectures, which means there is a long way to go to reach the targeted national average of ¥1,000. 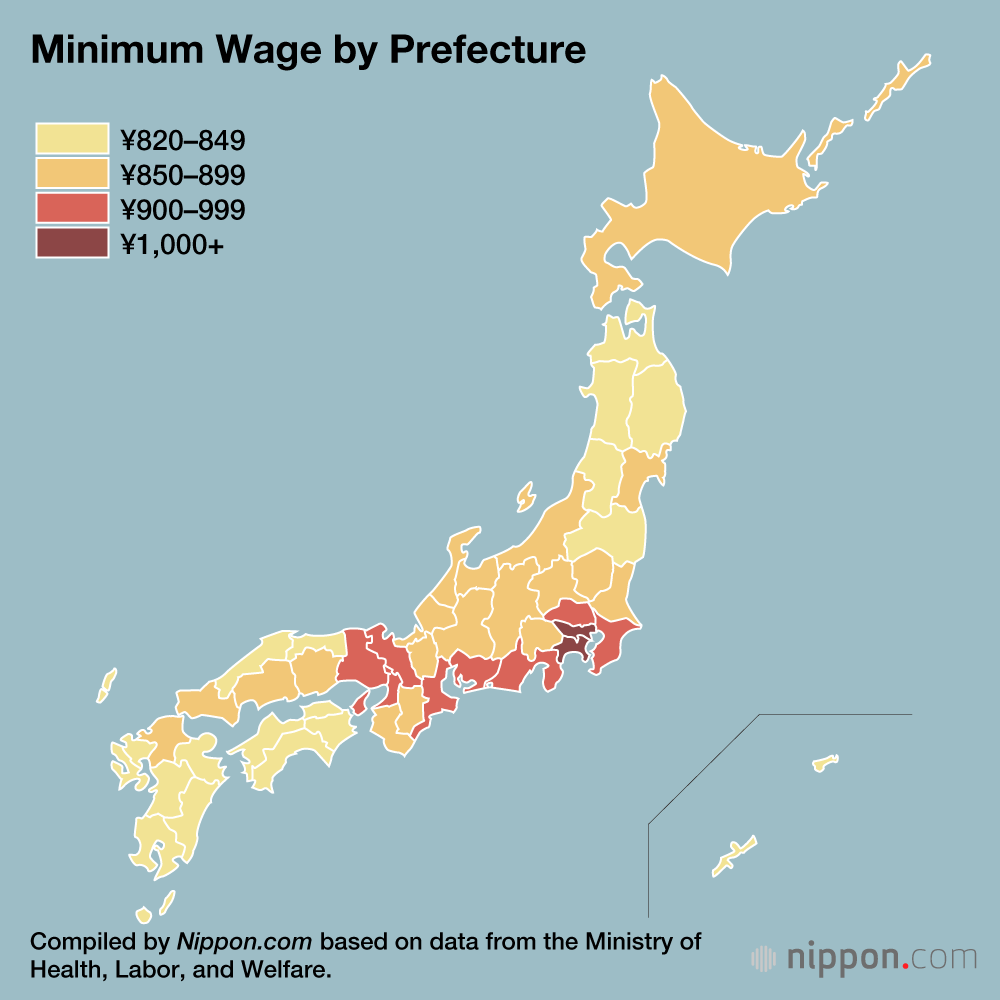