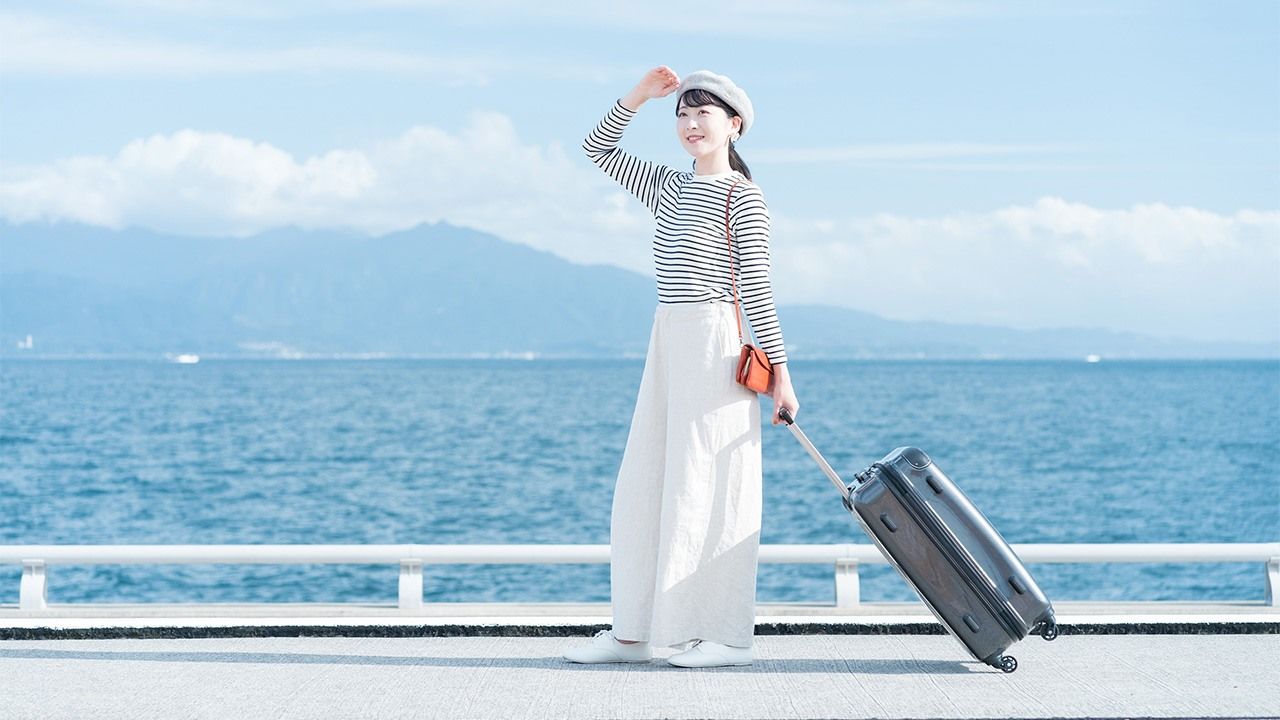 Travel Economy Aug 6, 2021
A survey by travel company JTB estimated that there would be 40 million domestic travelers in Japan taking trips of one night or longer this summer, despite the ongoing pandemic.

Japan Travel Bureau estimates that there will be 40 million domestic tourists during the summer vacation season (July 20–August 31) with travel expenditure of ¥1.3 trillion. This is based on an independent questionnaire survey targeting 10,000 people conducted in July, along with an analysis of economic indicators and reservation statuses.

In 2020, the first year of the pandemic, strong fears of infection, along with many schools shortening the summer vacations in order to catch up on the long-term closures in early spring, meant it was difficult for people to plan holidays. Compared to this, in 2021, people indicated they “want to start traveling again, while taking care to stay safe,” and expected tourist numbers have risen by 5.3% from the previous year. Whether the actual number of travelers is affected by the rising total of COVID-19 cases remains to be seen.

Created by Nippon.com based on JTB estimates for 2019 and 2020 (adjusted for the summer vacation period), total number of tourists, and average expenditure per person per trip.

Of those who answered they intended to make a trip, the most common length of stay was one night away, at 41.9%, while 86.8% in total planned to go away for up to three nights. At 70.0%, the most preferred type of transport was a “car or rental car”, and looking at who they would go with, 25.6% said “just as a married couple”, 22.4% planned to “go with children of junior-high school age or younger”, and 20.3% would go “alone”. There was a strong tendency toward small, short-term trips, while taking care to avoid infection. 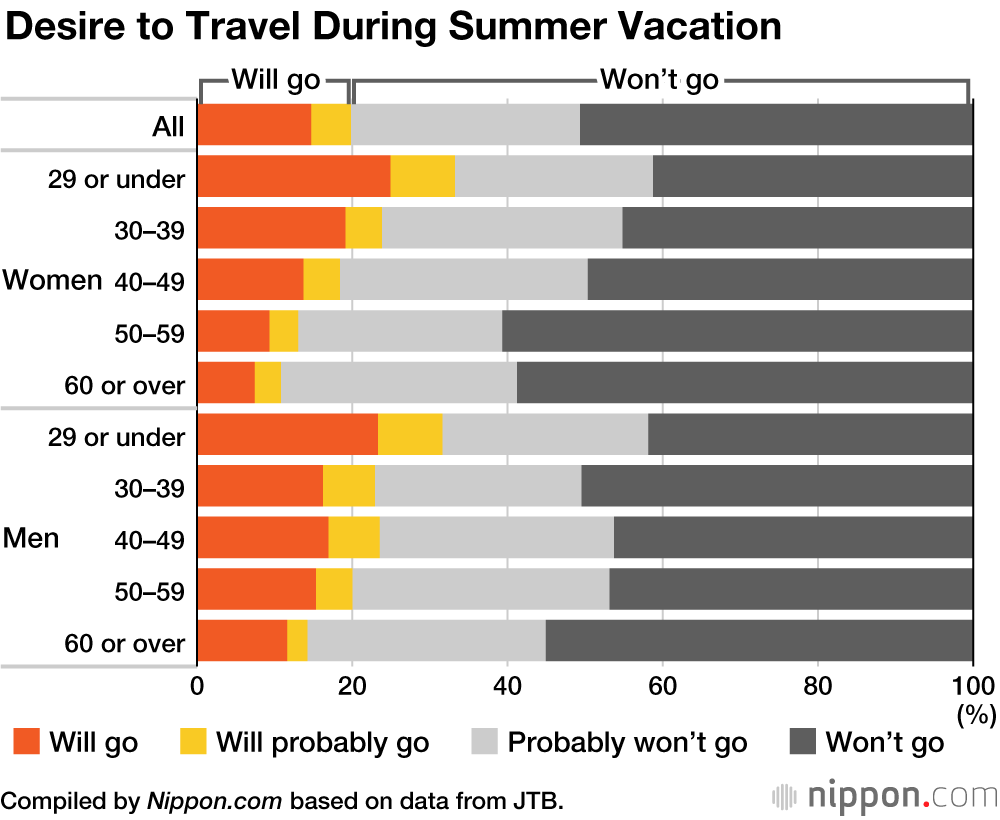 The reasons given for not taking a trip included being “concerned about travelling” and that it “can’t be said infections are dropping”, showing caution was a significant influence. JTB’s hopeful analysis was that “the desire to travel may increase as the vaccination program is further rolled out”. 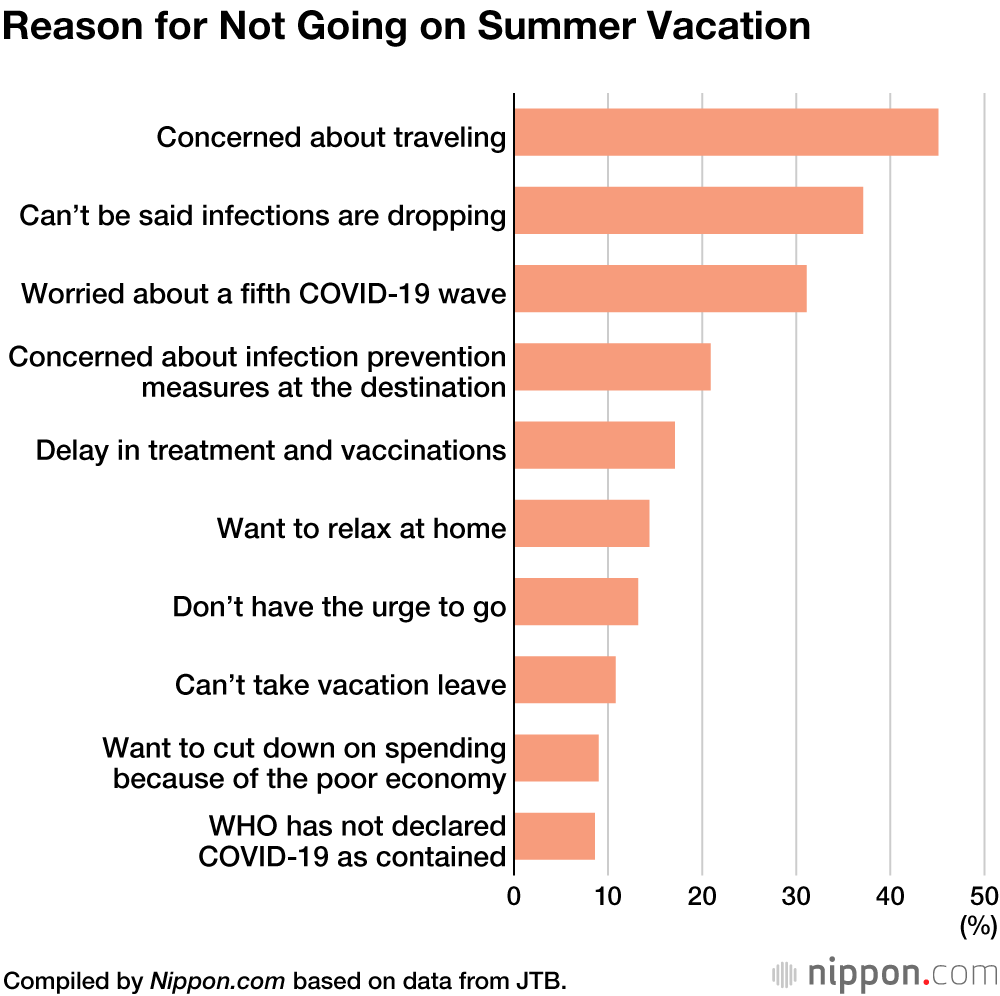