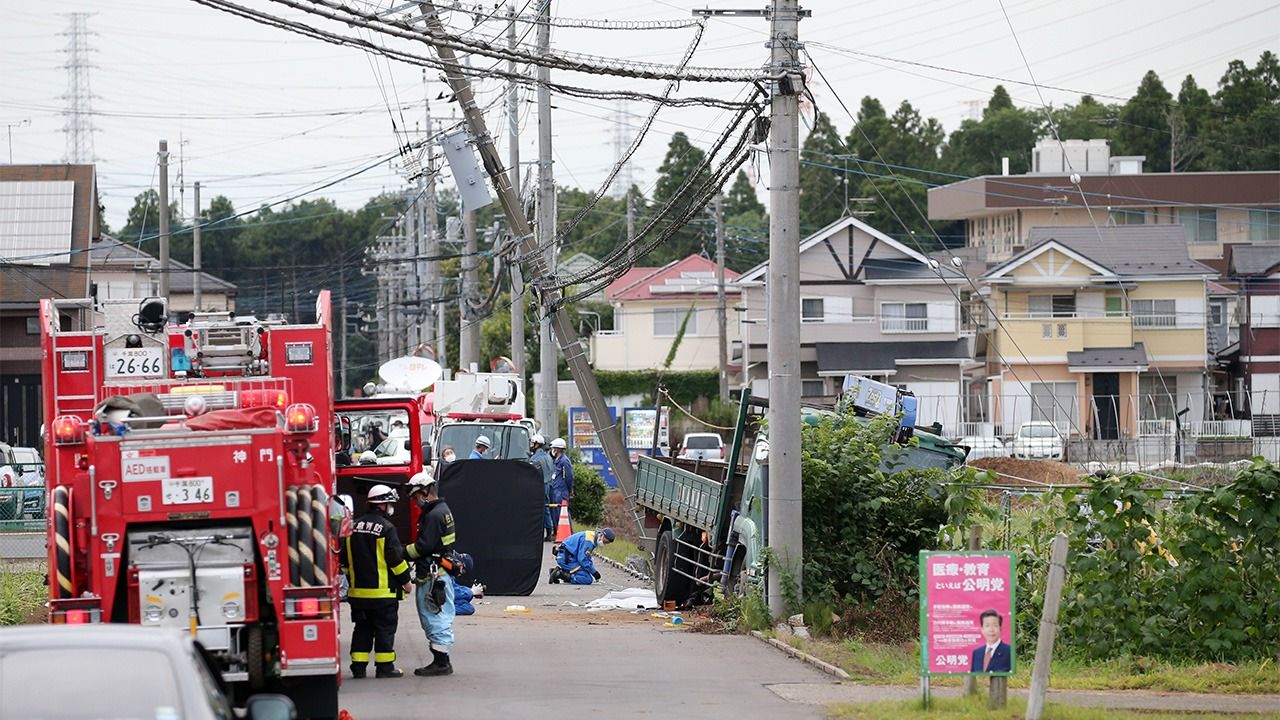 Record Low Traffic Fatalities in Japan for First Half of 2021

Society Aug 30, 2021
The number of traffic fatalities from January to June declined for the eighth consecutive year in Japan to 1,198.

There were 1,198 fatalities from traffic accidents in Japan in the first half of 2021, a decrease of 159 compared to the same period in 2020. The figure announced by the National Police Agency marked the eighth consecutive year of decline and a new record low. 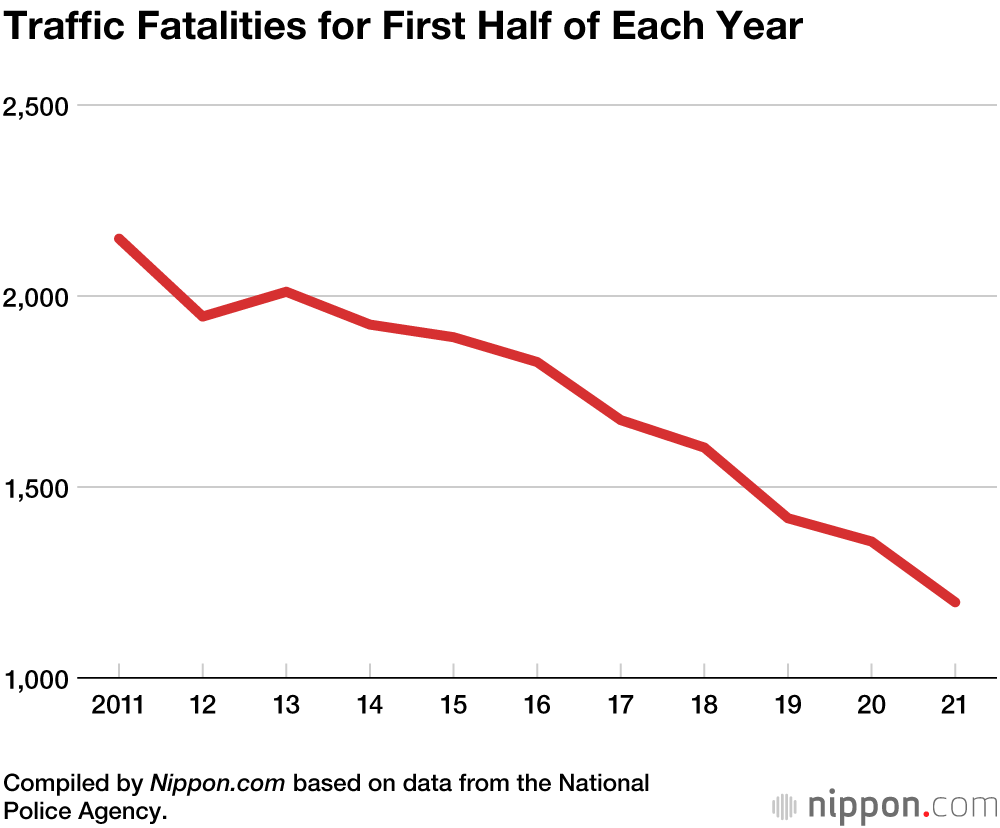 In recent years the number of fatalities has been on a downward trend, but the particular reason for the decrease in the first half of 2021, as in the previous year, is thought to be fewer people leaving the home due to the COVID-19 pandemic. The breakdown by type of accident shows the largest number of fatalities, at 409, involved car drivers and passengers, accounting for 34.1% of all fatalities. This was followed by 401 fatalities among pedestrians (33.5%), 210 among those on motorcycles (17.5%), and 172 among those on bicycles (14.4%) 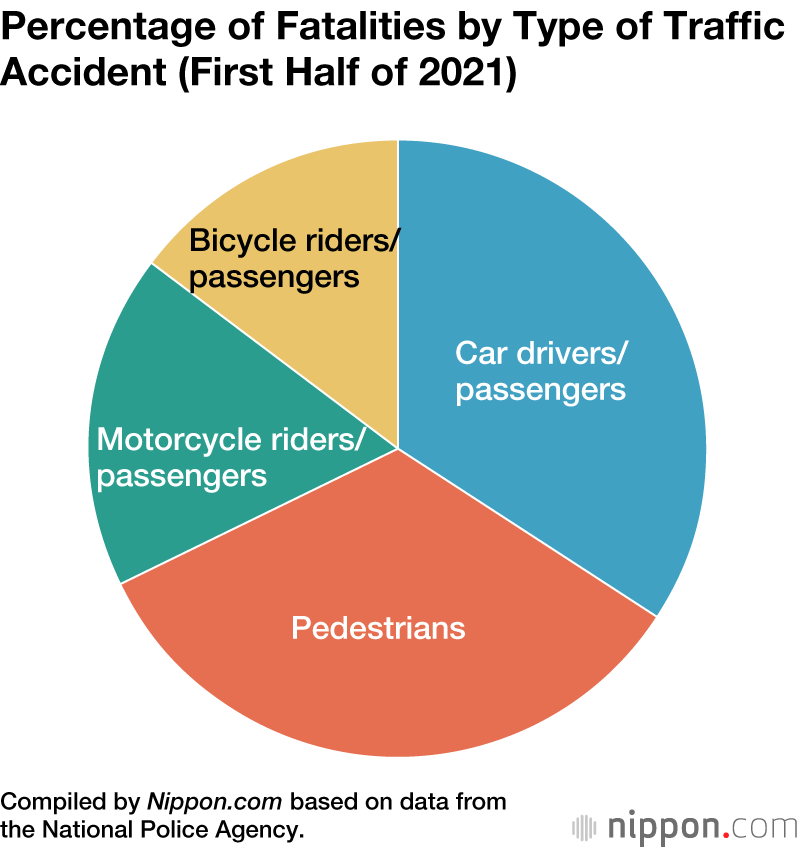 There were 7 fatalities among elementary school students, which matches the same period of the previous year, but the number of seriously injured increased by 57 to 328, perhaps because fewer school closures nationwide in the first half of 2021 meant students left the home more to attend school or make other excursions.

(Translated from Japanese. Banner photo: Two children were killed and three injured when a truck rammed into a group in Yachimata, Chiba Prefecture, on June 28, 2021. © Jiji.)