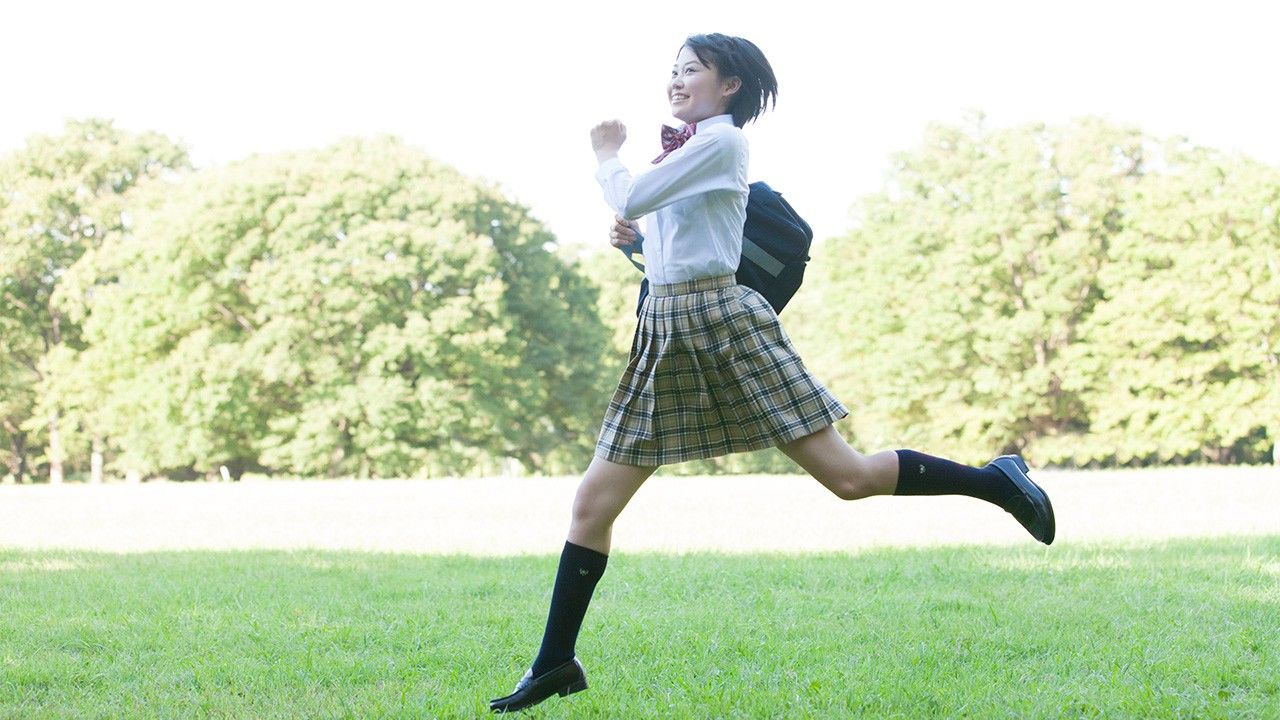 School Students More Worried About Japan’s Future than Their Own

Economy Education Sep 7, 2021
A survey of Japanese junior high school and high school students found more optimism about their own lives ahead than the country’s future.

A June 2021 survey by Sony Life Insurance found that more than 60% of Japan’s junior high and high school students have concerns for the country’s future in 10 years from now. Interestingly, though, more than half of the respondents felt optimistic about their own futures.

Valid responses to the online survey were received from 200 junior high and 800 high school students. 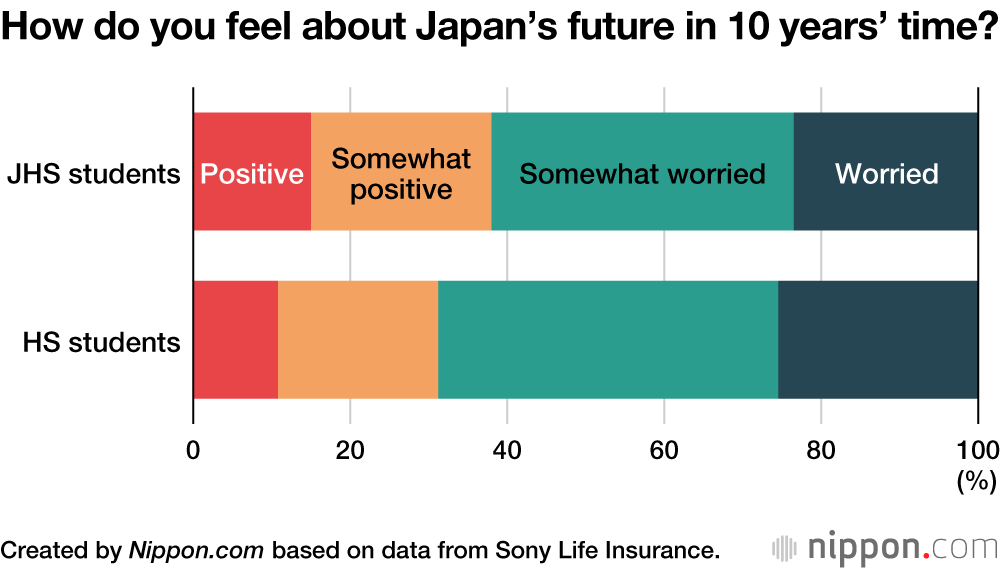 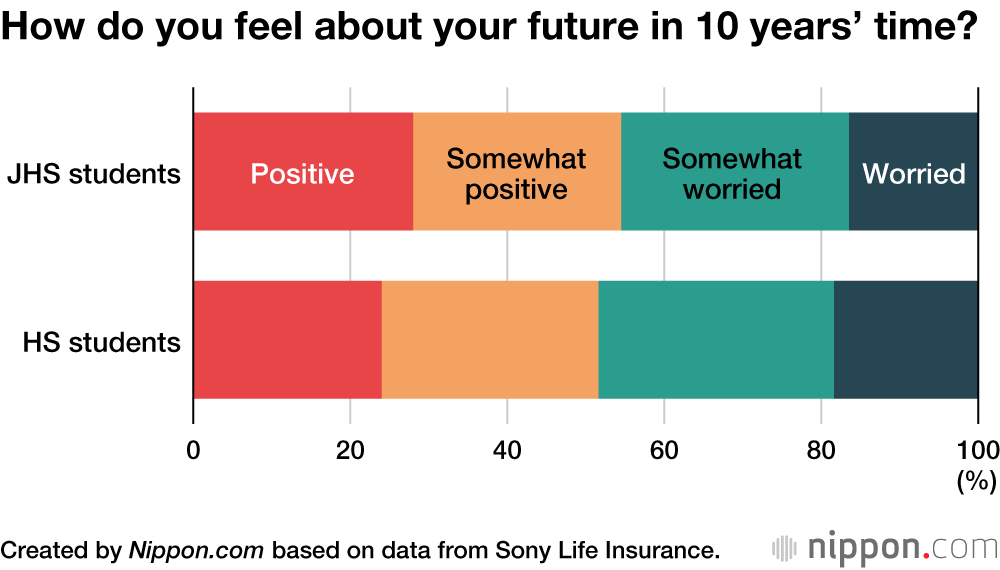 The students were also asked how they imagined their future career choices and income levels would be. Given the choice of “high wages with long overtime” or “low regular pay with little overtime”, a slight majority, with 55.5% of junior high students and 53.4% of high school students, placed more importance on income and preferring to do overtime. The percentage of junior high school boys was particularly high, with more than 60% choosing that option. 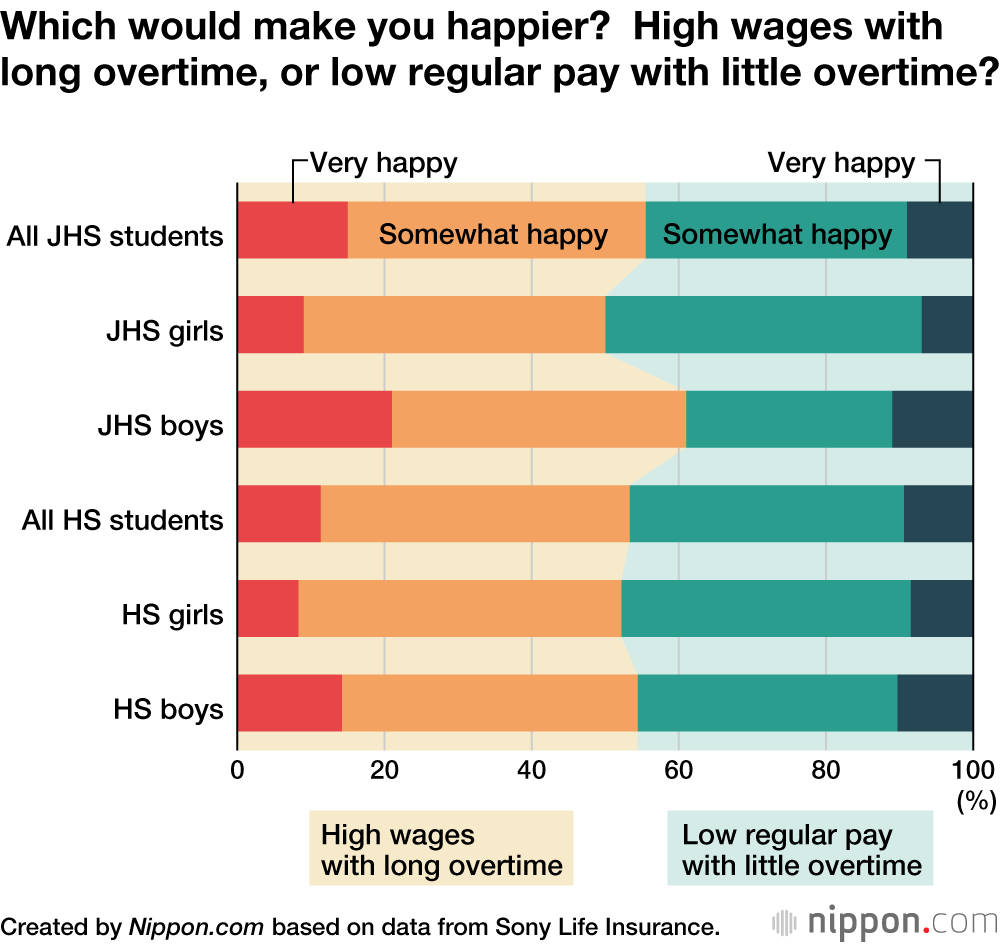 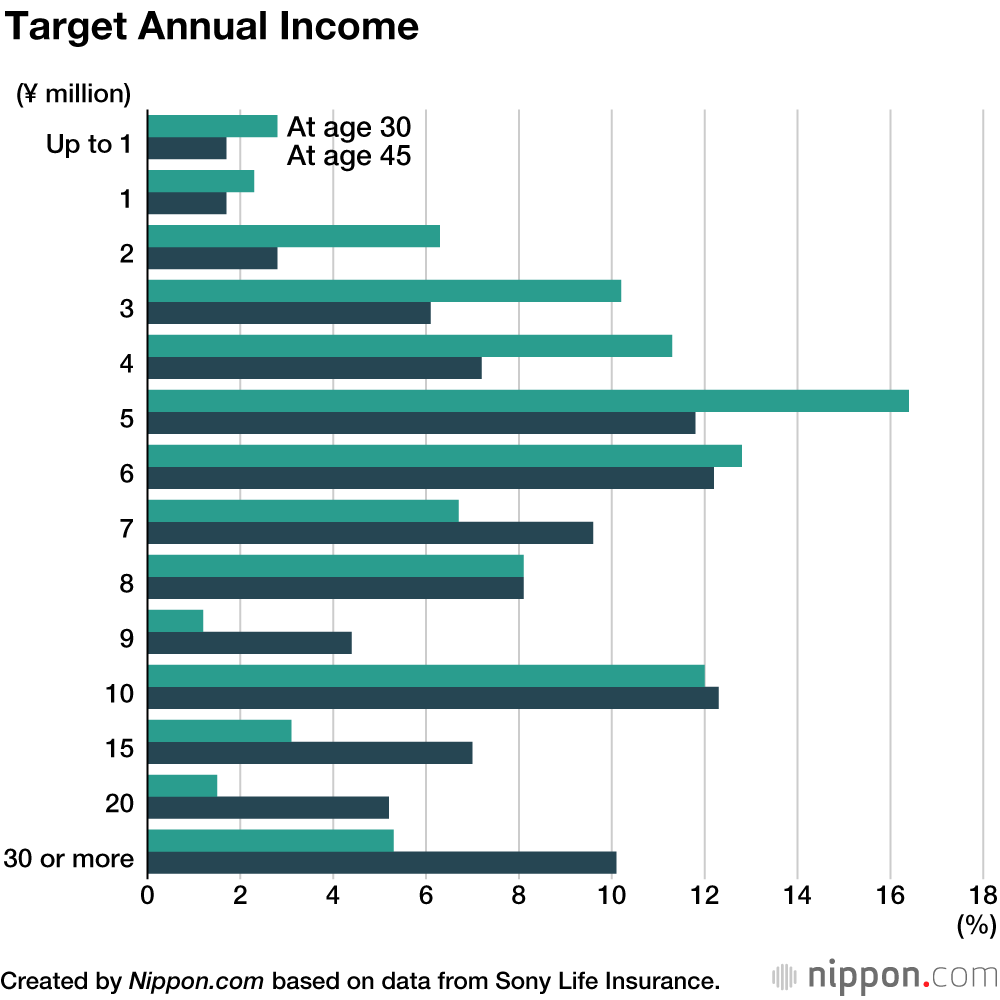 Asked about their envisioned savings, junior high students expected that at age 30 they would have an average of ¥10.2 million, while high school students estimated it at ¥8.6 million. At age 45, this rose to ¥13.5 million and ¥12.7 million, respectively. The government recently made an estimate that a couple needs ¥20 million for retirement, which caused a lot of discussion. One can say, at least, that if these earlier goals are met, it seems possible to achieve ¥20 million by the milestone age of 65. 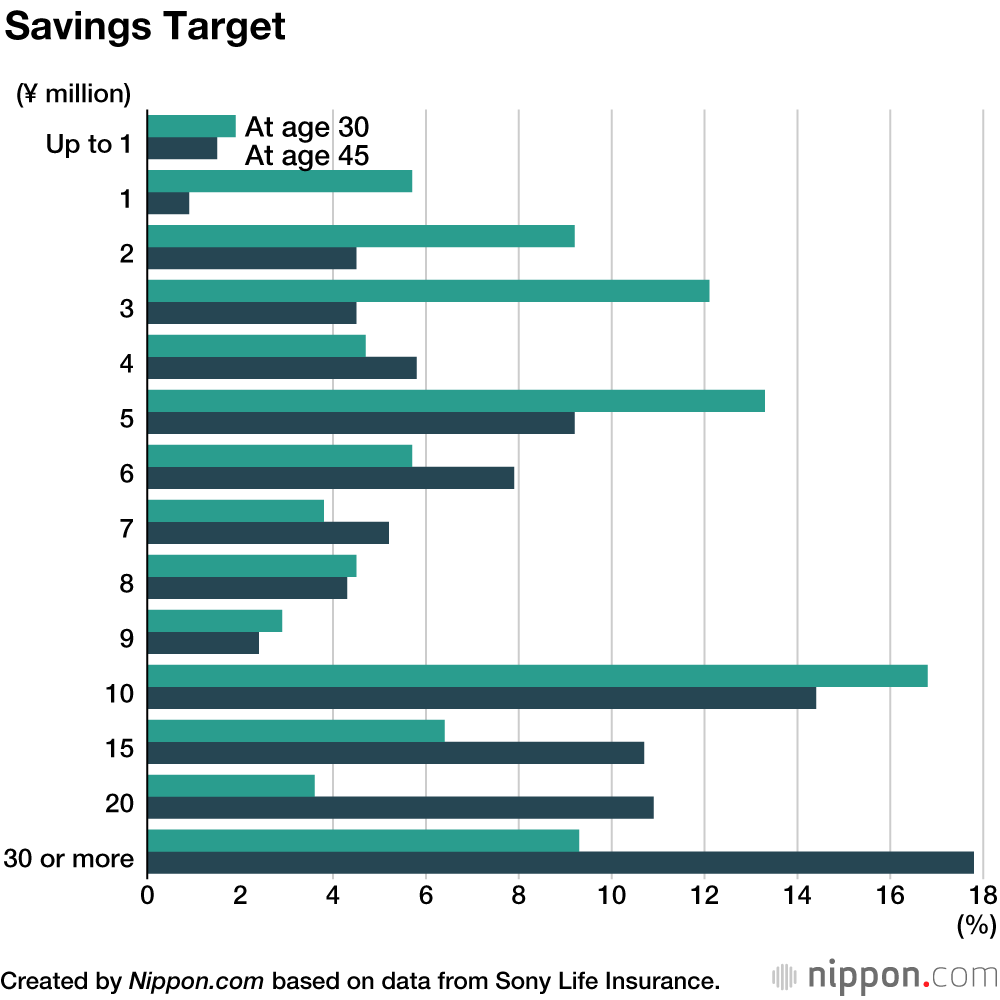