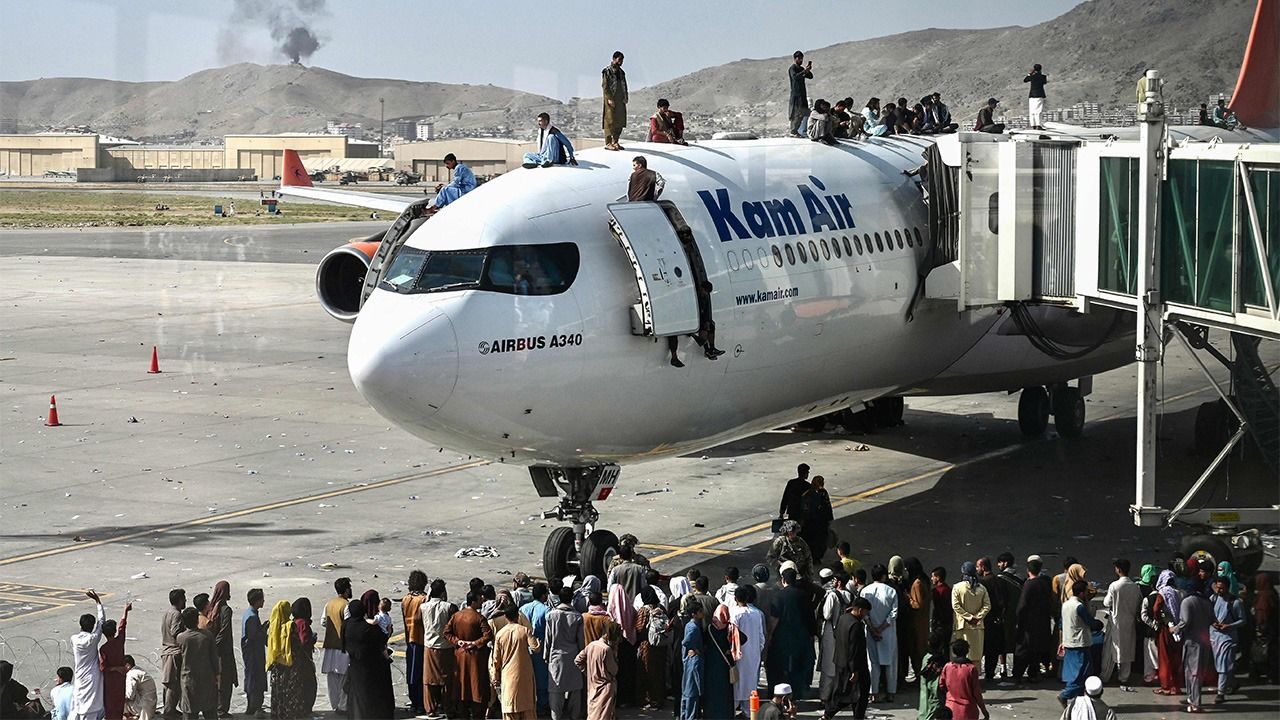 Japan Provided ¥750 Billion in Aid to Afghanistan Over Two Decades

Politics Economy World Sep 15, 2021
Japan was a major supporter of the reconstruction process in Afghanistan, providing $6.9 billion (around ¥759 billion) in aid over 20 years.

The situation remains unstable in Afghanistan, where the Taliban has taken over and formed a government. According to the Ministry of Foreign Affairs, Japan was a major supporter in the reconstruction process over the past 20 years and in total provided $6.9 billion (around ¥759 billion) in aid.

The graph below shows how Japan’s official development assistance to Afghanistan shifted over the 20-year period. The four years from 2010 through 2013 particularly stand out, with $800 million given annually throughout that time. In 2009, there was a significant increase in the number of US military personnel deployed to the region, followed by further additions to the International Security Assistance Force in 2010. From the time of the Tokyo Conference on Afghanistan in 2012 until the ISAF mission ended in 2014, the international community was focused on improving the system, intending that the Afghan government could maintain security by itself. 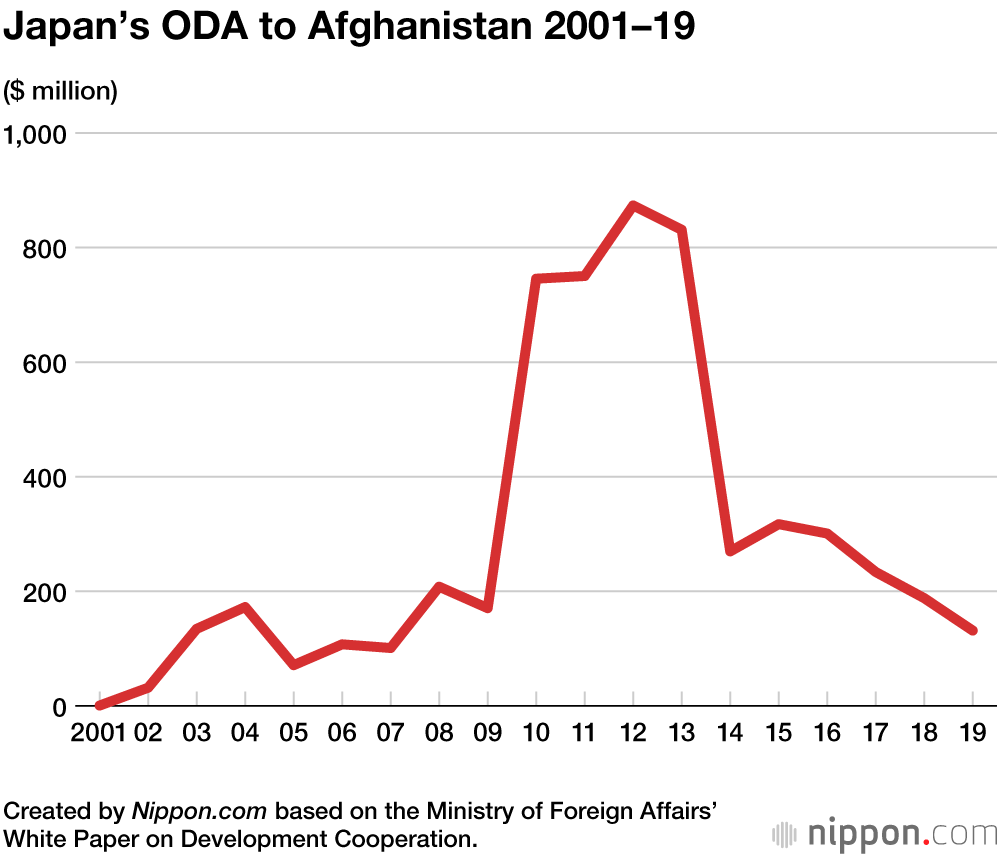 Key Events in Afghanistan and Support Provided by Japan

Created by Nippon.com from various sources.

The year 2012 saw the highest amount of aid provided at $873.6 million. A closer look shows that $790 million of it was from grant aid, and 80%, or $646 million, of that was donated through international organizations. Japan also provided $83.6 million in special technical cooperation. There were no government loans, including yen loans, provided over the 20-year period.

This leads to the question of how Japan’s aid was used in Afghanistan. The Japan International Cooperation Agency lists 61 projects on its ODA Mieruka website that aims to make ODA transparent.

It shows that the grant aid was used to build schools and hospitals for infectious diseases, as well as social infrastructure development and construction of airports, highways, and irrigation systems. In connection with peacebuilding and security, this included provision of police vehicle maintenance and items such as police radios. The aid was also used to assist technical cooperation in a wide range of areas, including education (such as training teachers and strengthening literacy education), healthcare (developing urban health systems and fighting tuberculosis), water resources and disaster prevention, transportation, and rural development.