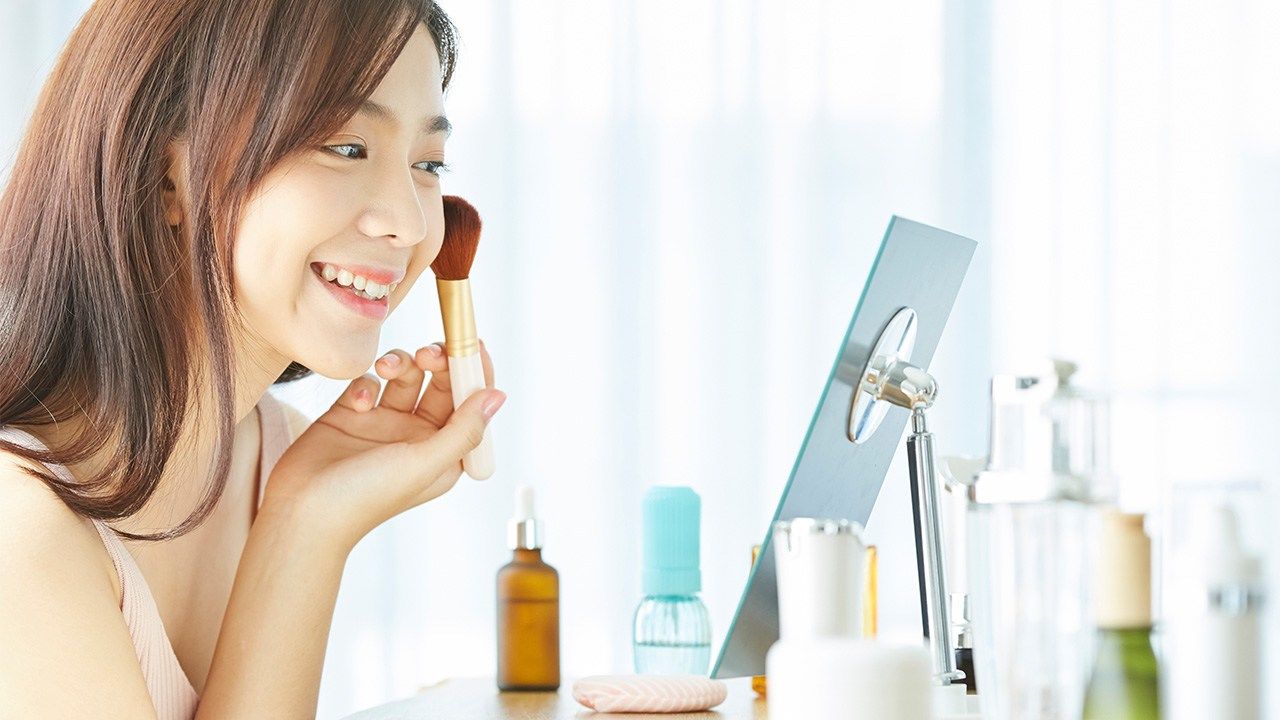 Since the turn of the century, Japan has seen regular booms of interest in all things South Korean. Now a fourth boom is underway with K-Pop and South Korean cosmetics particularly popular among women in their teens and twenties.

TesTee, a market research company focusing on trends among younger generations, surveyed 4,029 women aged in their teens through thirties about their regular makeup. Asked about whether they used South Korean cosmetics, 67.9% in their teens, 64.3% in their twenties, and 50.9% in their thirties answered that they were either using them now or had used them. At 51%, more than half of teen respondents said that they were currently using cosmetics from South Korea. 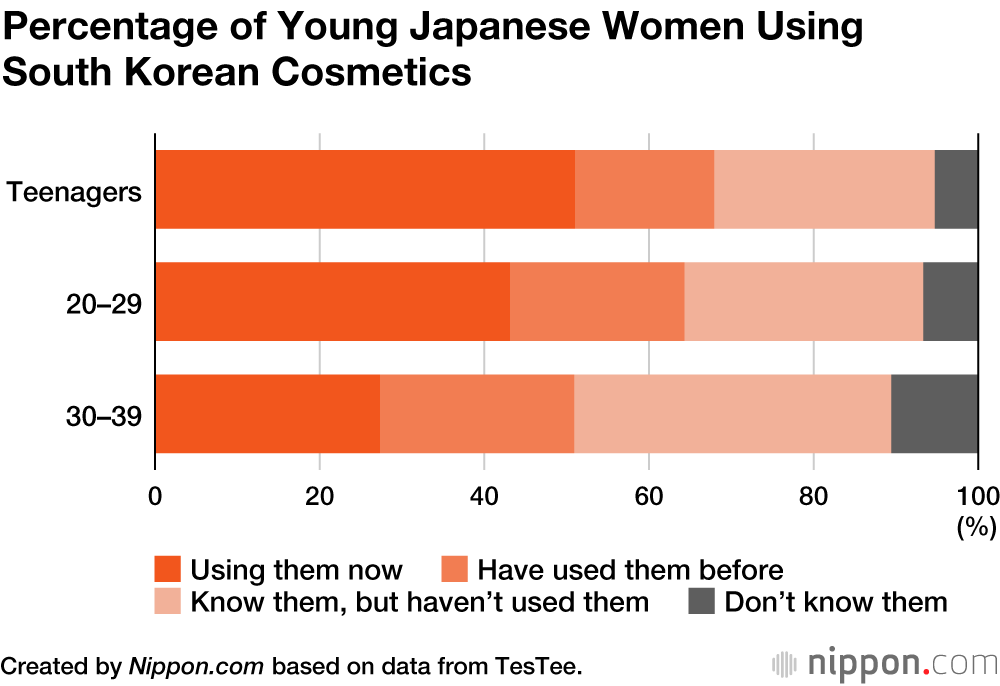 Of those who answered that they currently use South Korean cosmetics, a greater percentage of teens said they used eyeshadow and lipstick, compared to women in their twenties to thirties. 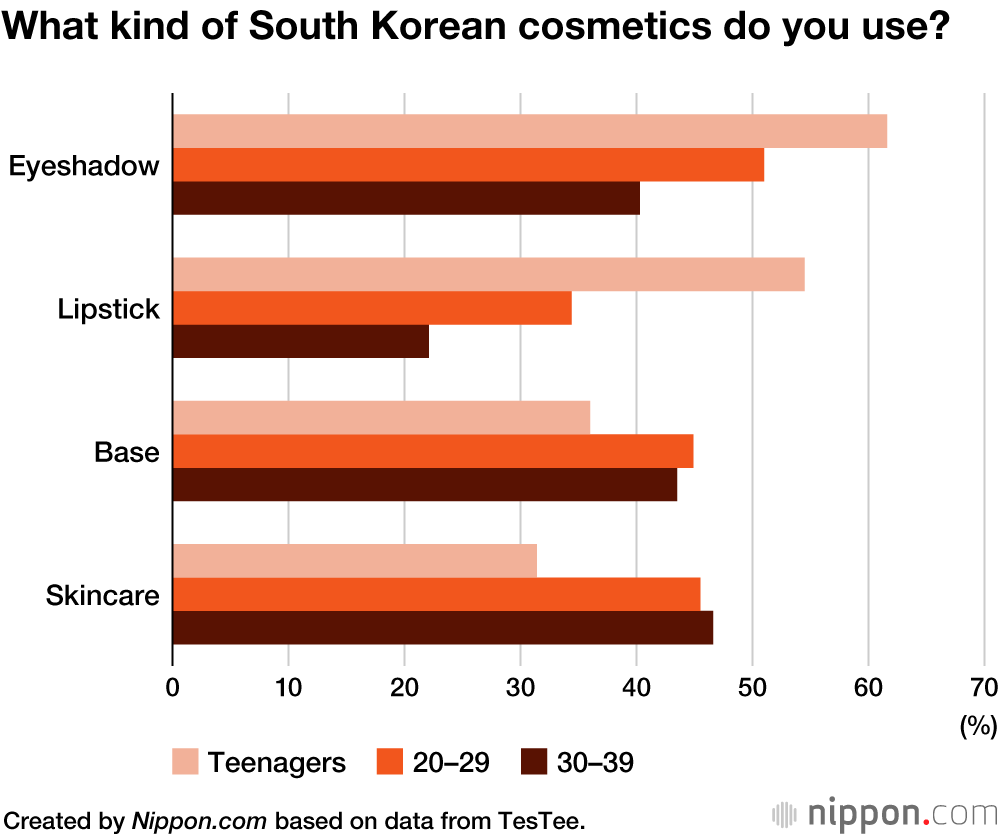 The top reason teens gave for buying these cosmetics, with 53.1%, was the package design, followed by being influenced by word-of-mouth with 45.3%. The written comments by respondents included “I saw a beauty YouTuber using them” and “my favorite influencer used them,” revealing that social media is largely responsible for the increase in popularity. 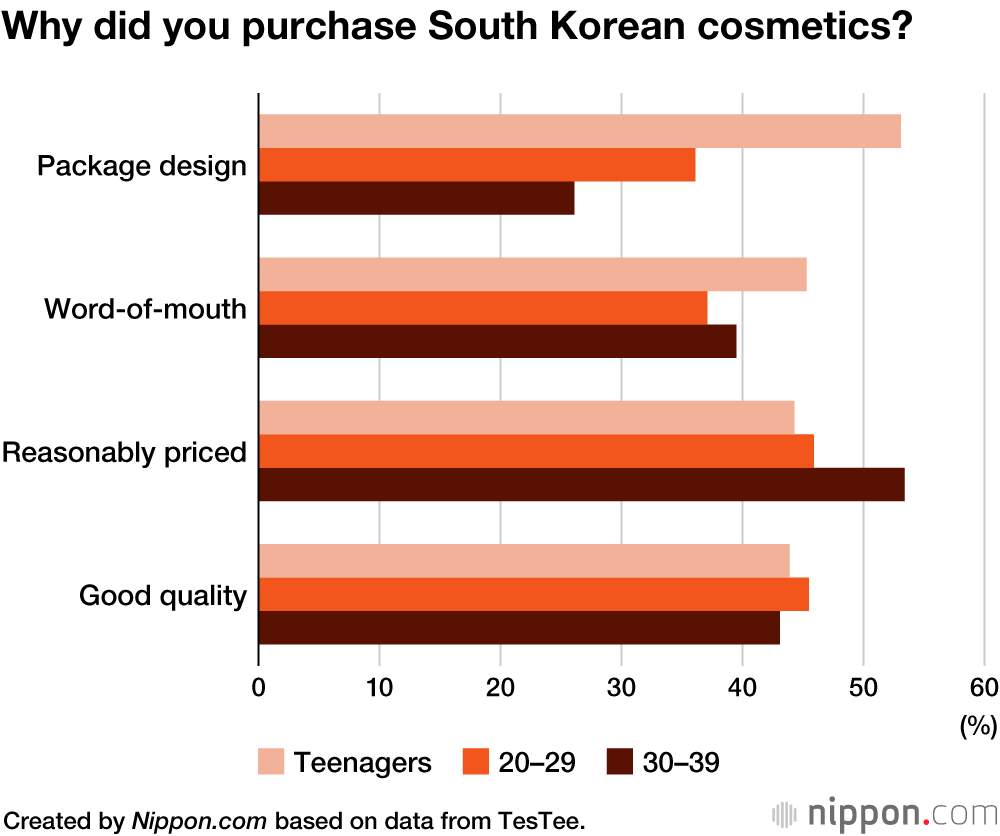