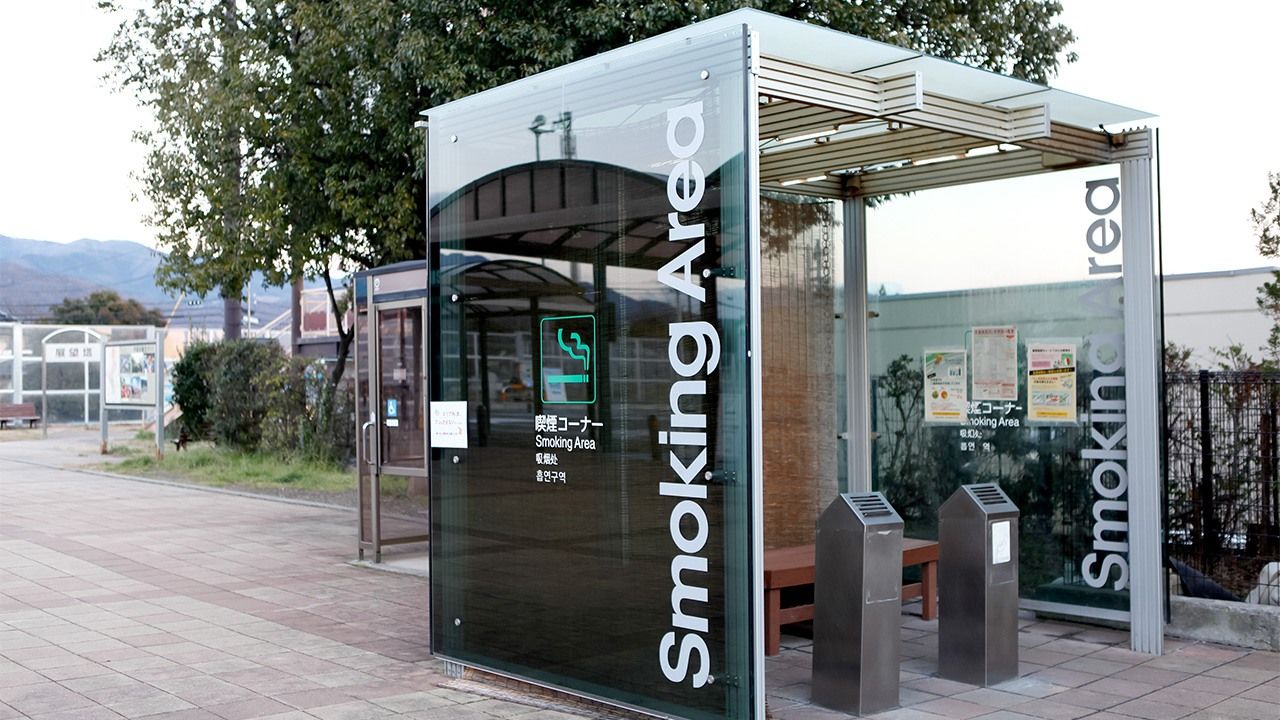 Lifestyle Society Economy Sep 30, 2021
Greater health awareness, stricter smoking regulations, and price increases are leading to a decrease in the number of smokers in Japan. Even so, raising taxes is not enough to influence many smokers to quit.

Net Asia Research, a mobile marketing research company, asked 500 smokers and 500 nonsmokers what they thought of Japan’s upcoming tax increase on tobacco products on October 1. Only 12.6% of smokers either strongly or somewhat supported it. In contrast, at 87.4%, the vast majority either strongly or somewhat opposed it. As age rose, so did the percentage of smokers against the tax hike, reaching 98% for people in their sixties.

Nonsmokers who supported the tax increase accounted for 88%, with 11% against, as the results were the total opposite of those for smokers. Notably, 92% of nonsmokers in their forties and 94% in their fifties expressed support. 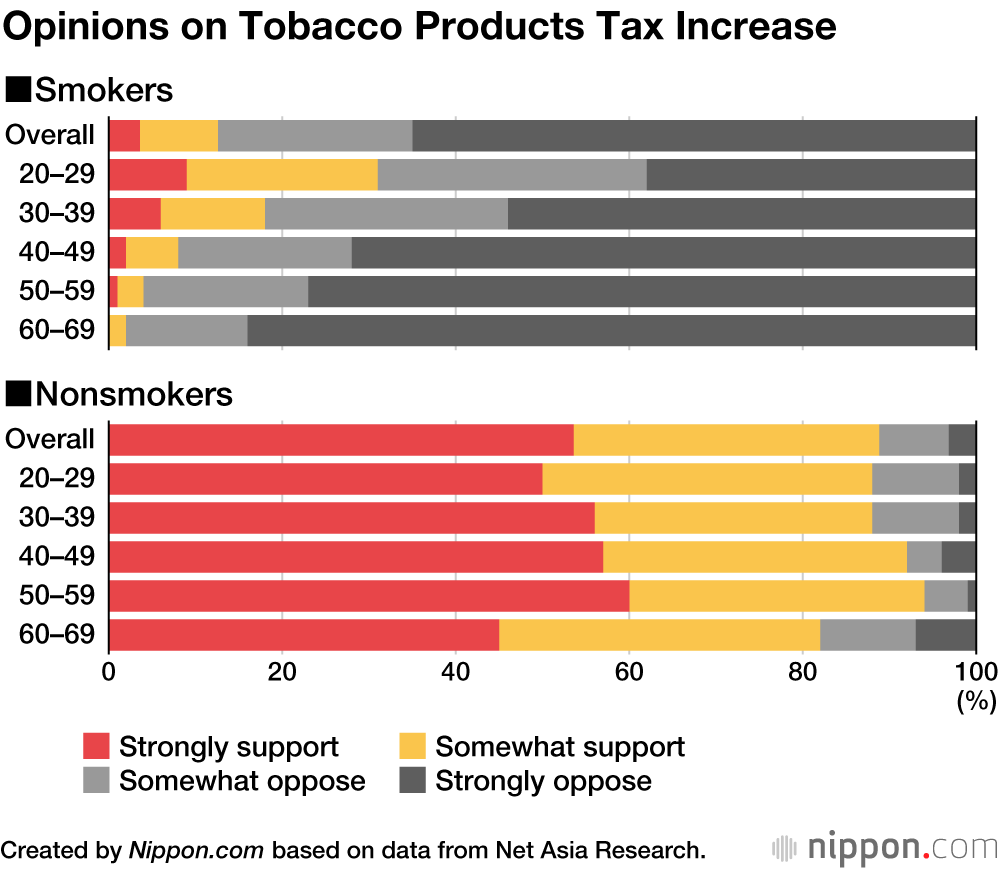 When smokers were asked about how their smoking habits would change with the tax increase, only 12% said that they would quit. With 38% saying they would “keep smoking” and 40.4% answering they would “cut down,” it showed the difficulty of influencing ingrained habits. 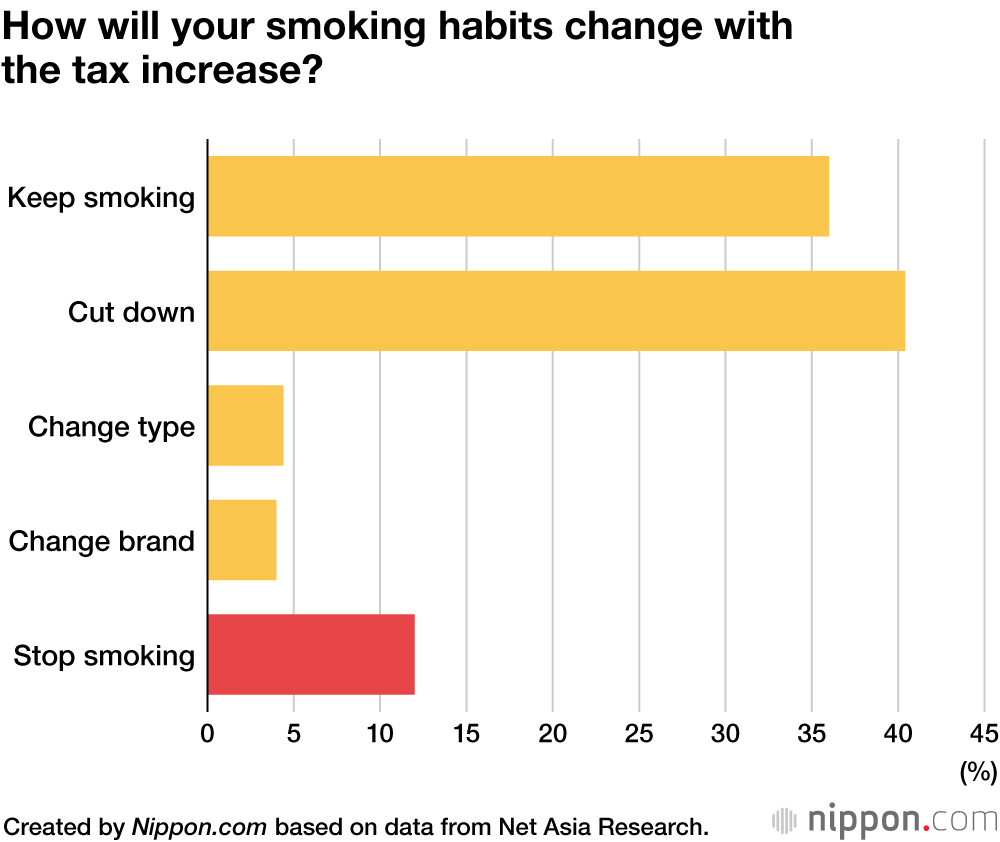 Total tax revenue from sales of tobacco products, including regional and national taxes, amounts to ¥2 trillion. When respondents were asked if they thought the tax on tobacco products was contributing to society, 40% of smokers, double that of nonsmokers, thought so. 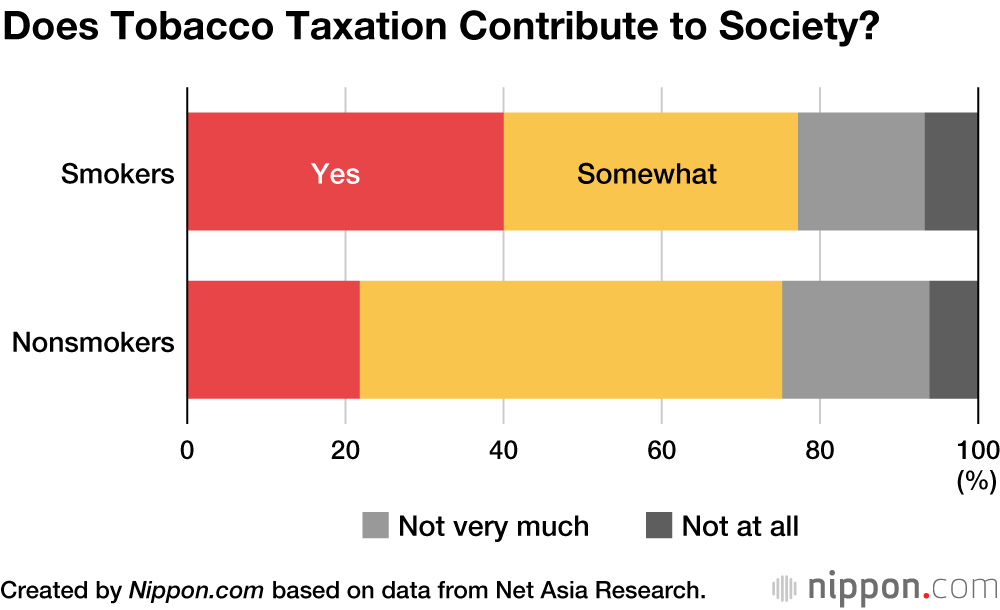