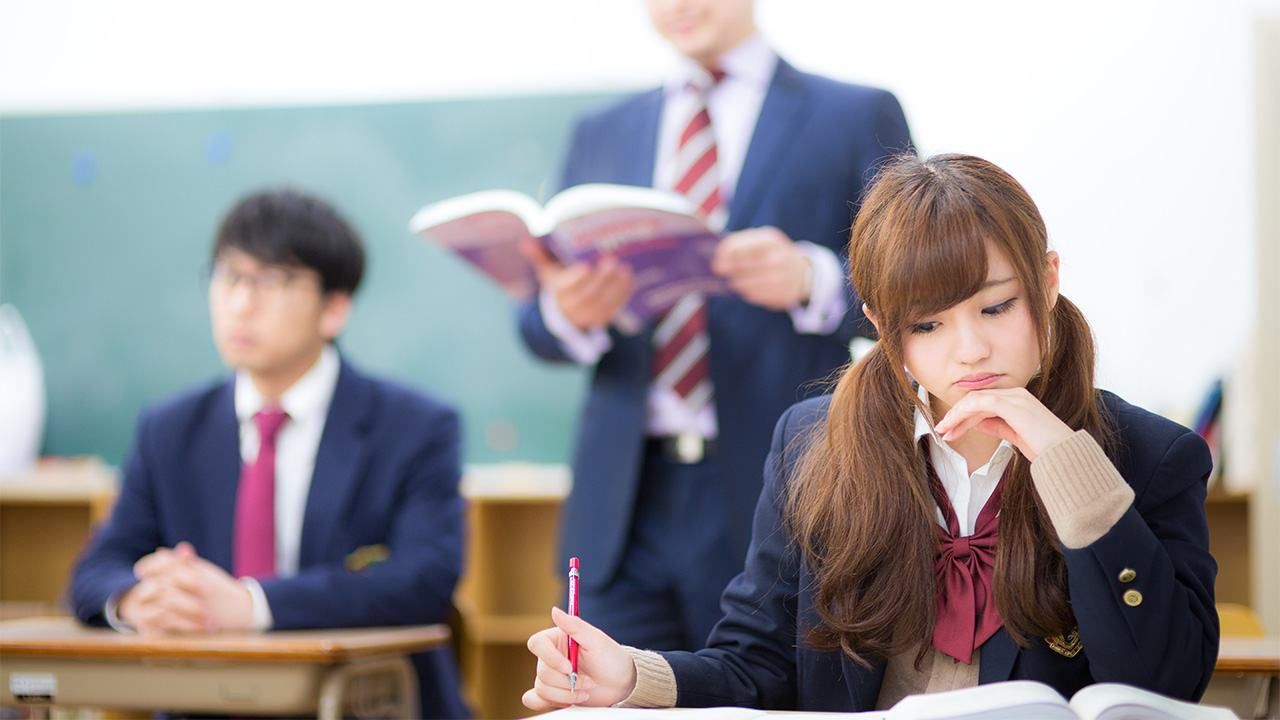 Japanese Students See English as Useful for the Future, But Many Dislike It

Education Oct 1, 2021
A survey found that Japanese high school students see English as important to their future, but that does not mean that they enjoy learning it.

An online survey asked approximately 1,000 high school students about which subjects they thought would be useful in the future and girls and boys both placed English top, followed by informatics (which includes information science and programming). They appeared to recognize that language and IT skills are essential for getting ahead in an increasingly globalized society. 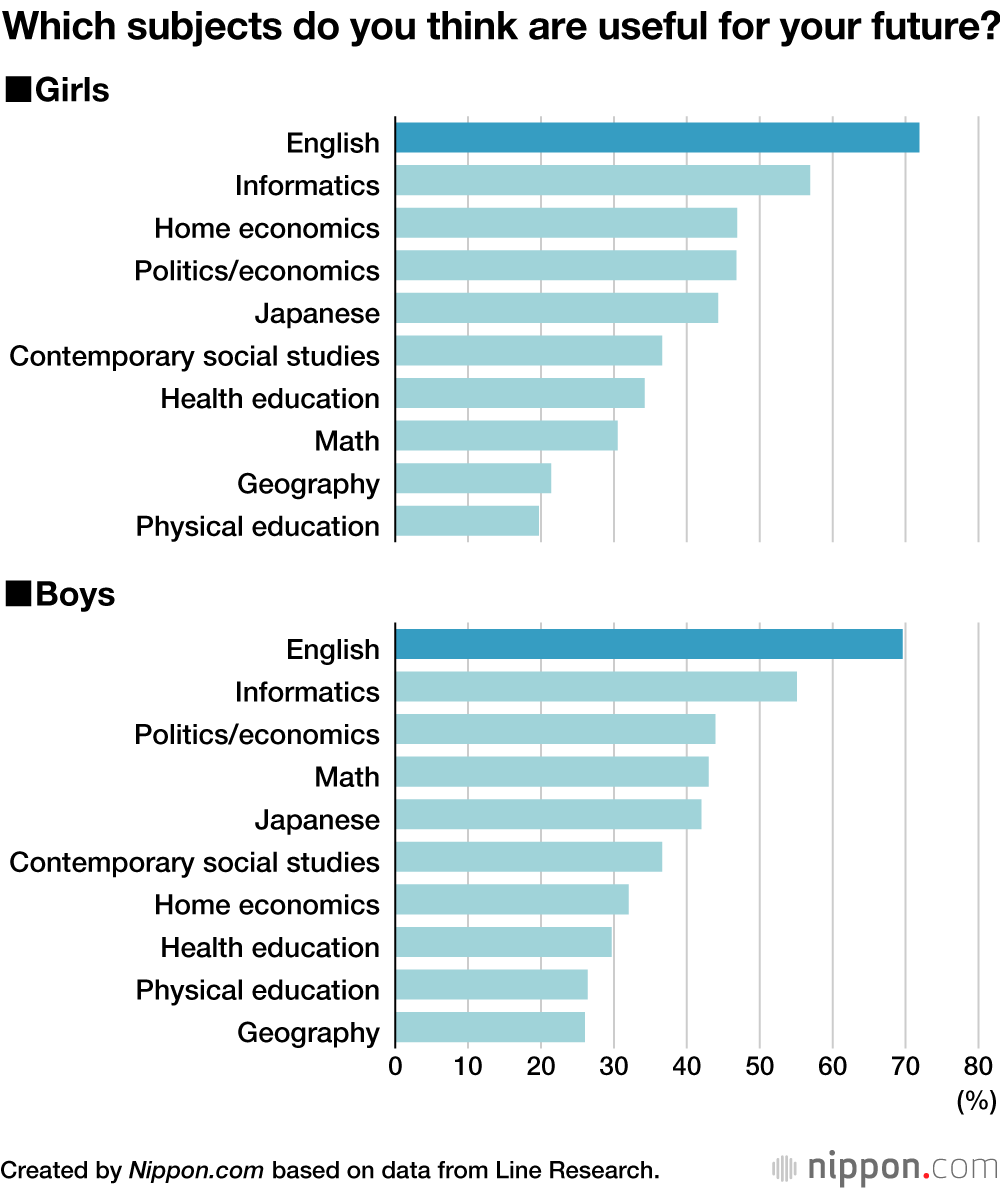 However, when asked about the subjects they did not like, 48.3% of girls and 45.9% of boys said English, indicating that even though they knew it would help in their future, they were struggling with it. For girls, 59.9% answered that they did not like math, which was 10 points above English. In addition, more girls than boys said that they were not keen on physics, chemistry, and other science subjects.

Asked about their favorite subjects, the most popular for boys was math with 34.9% and for girls, it was music with 33.0%. English was down in fourth place for both boys and girls. 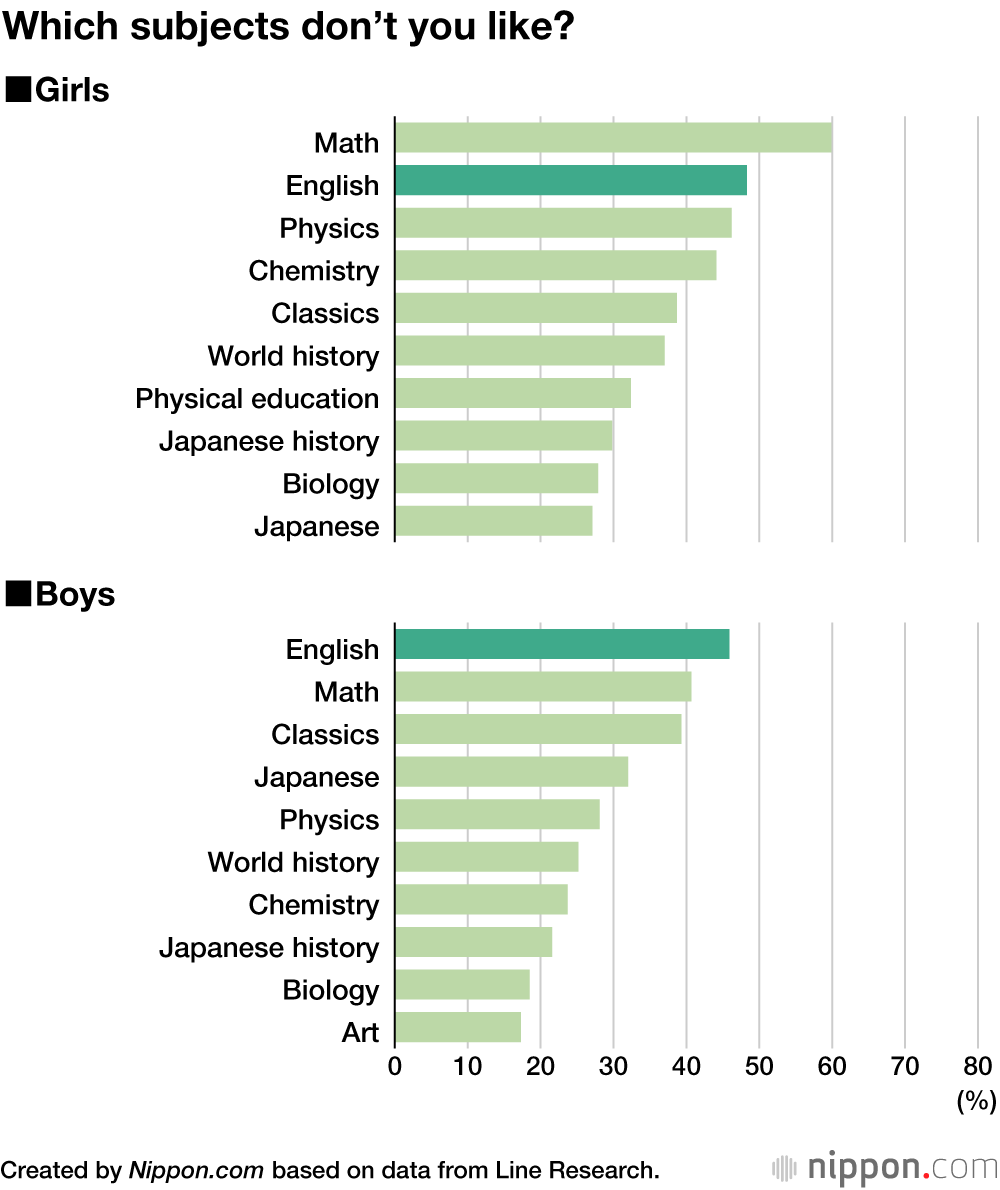 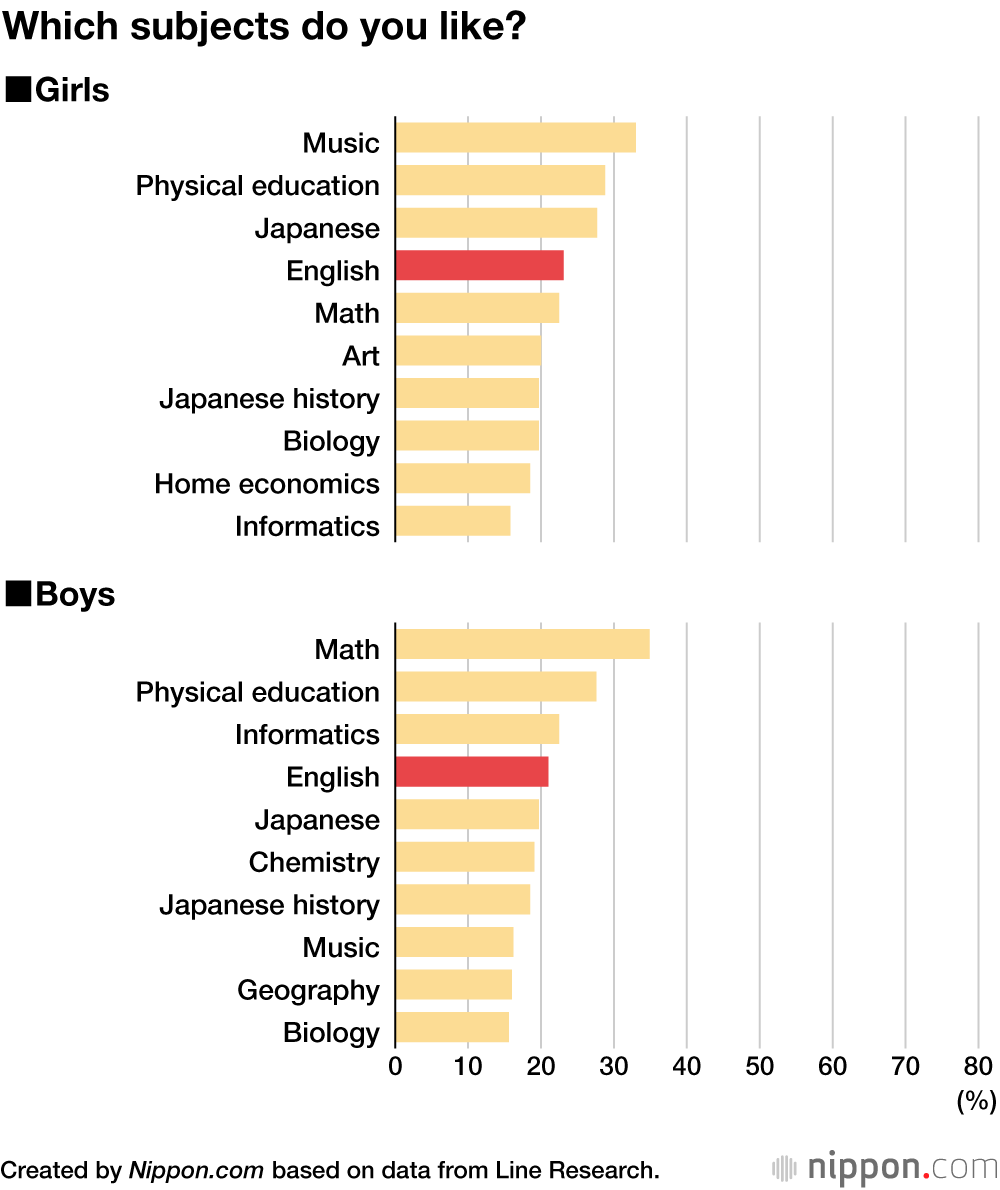 The nationwide survey was conducted via smartphone on August 3, targeting high school students who were Line app users, and received 1,043 responses.