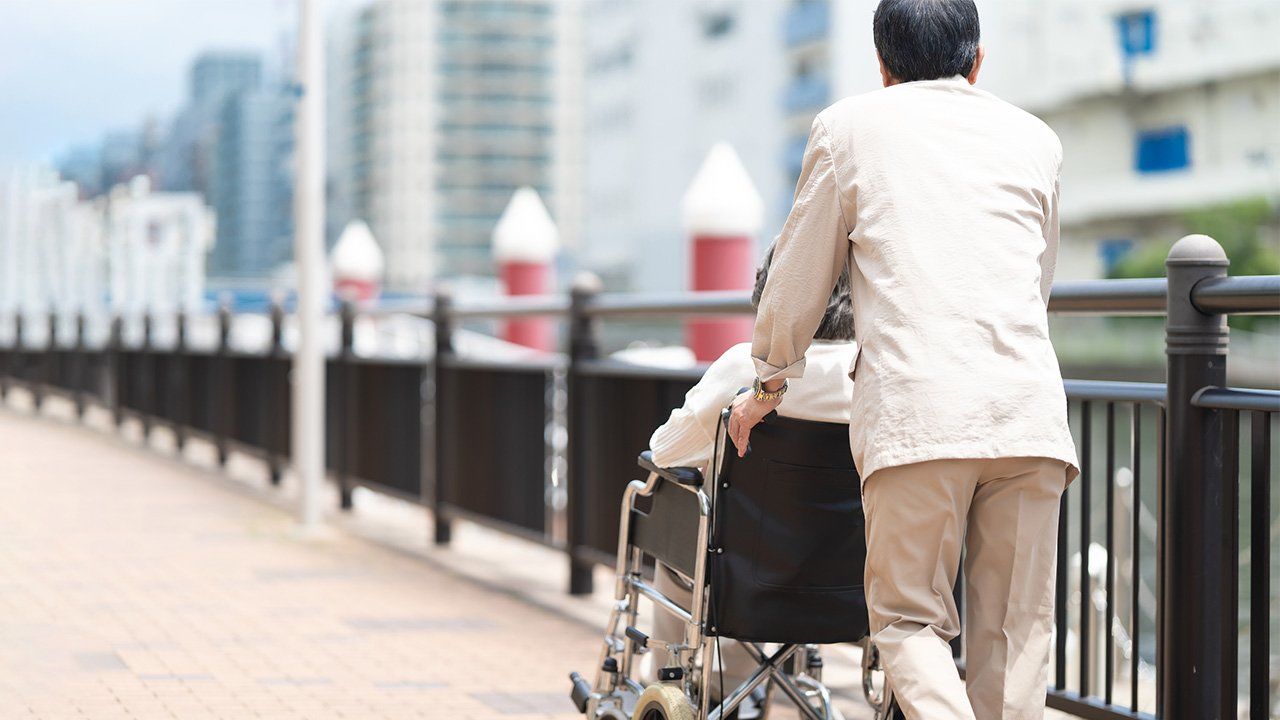 Economy Society Family Health Oct 7, 2021
Japan is one of the top countries in the world for longevity, but this can also be a cause for anxiety with more than 80% of people concerned about how they will cope in their old age.

In a survey targeting 14,100 Japanese people aged in their twenties through seventies, 83.3% responded that they were either “worried” or “somewhat worried” about their old age. That worry stemmed directly from money.

The average amount that respondents to the survey conducted by MetLife Insurance thought was necessary for after retirement was ¥28.3 million. However, the average amount of financial assets they currently held was ¥11.8 million, revealing a 2.5-fold gap between their ideal circumstances and reality. On average, those in their fifties, who would soon be reaching retirement, believed they needed ¥29.5 million, while they only currently had ¥11.5 million, leaving them more than ¥18 million behind in their expectations.

Meanwhile, the average amount of assets held by those who said they were “not worried” about retirement was ¥23.3 million. 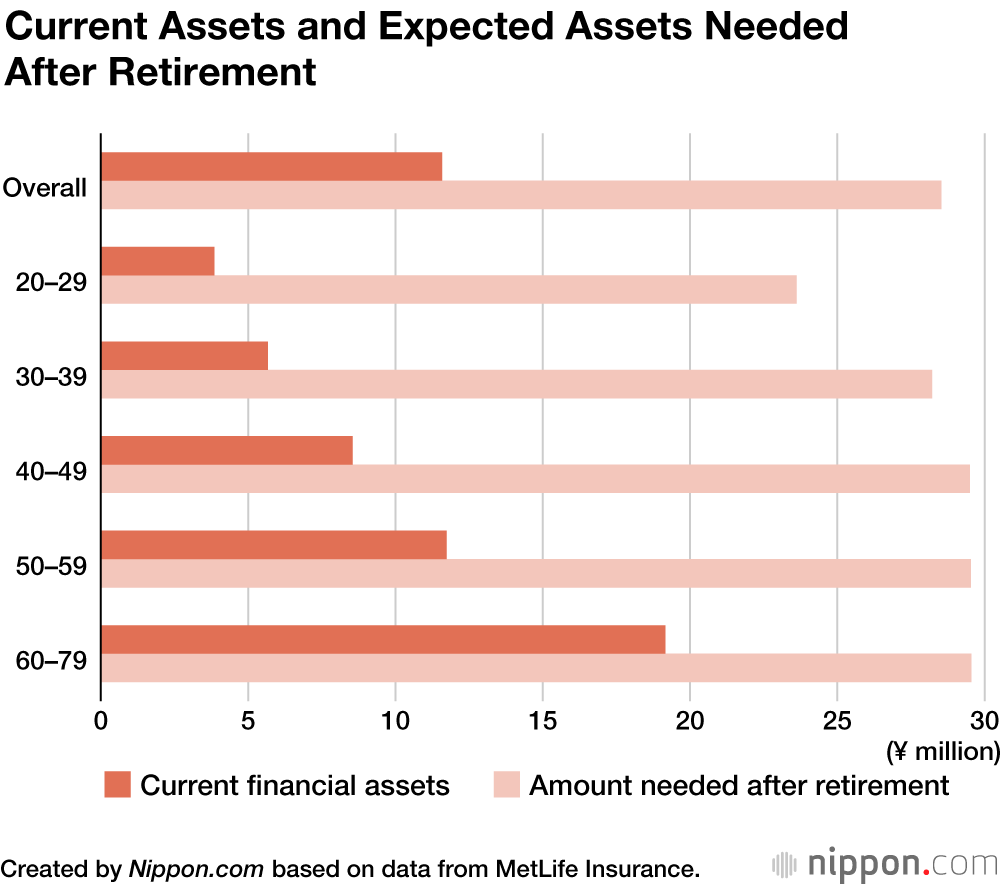 Those who said they were already discussing with family members about nursing care only accounted for 13.3%, while 19.4% were not really talking about it, and 67.4% had not broached the subject at all. It indicated that although people have concerns, it seems many do not want to face reality. Even for those aged in their sixties to seventies for whom that reality was getting closer, 56.7% still said they had never discussed it. 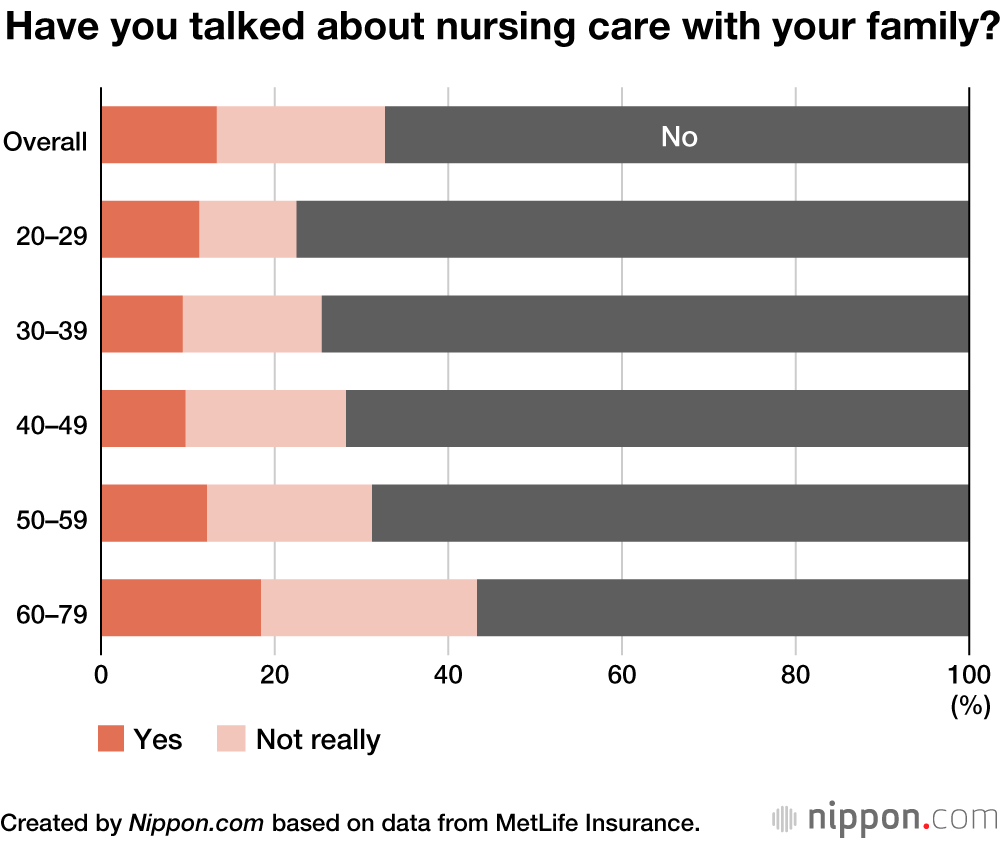 This was the same situation when respondents were asked if they were preparing to be able to cover their own care expenses, with 71.5% answering they had not set anything aside. Looking at just those in their sixties to seventies, more than half said they had not prepared. 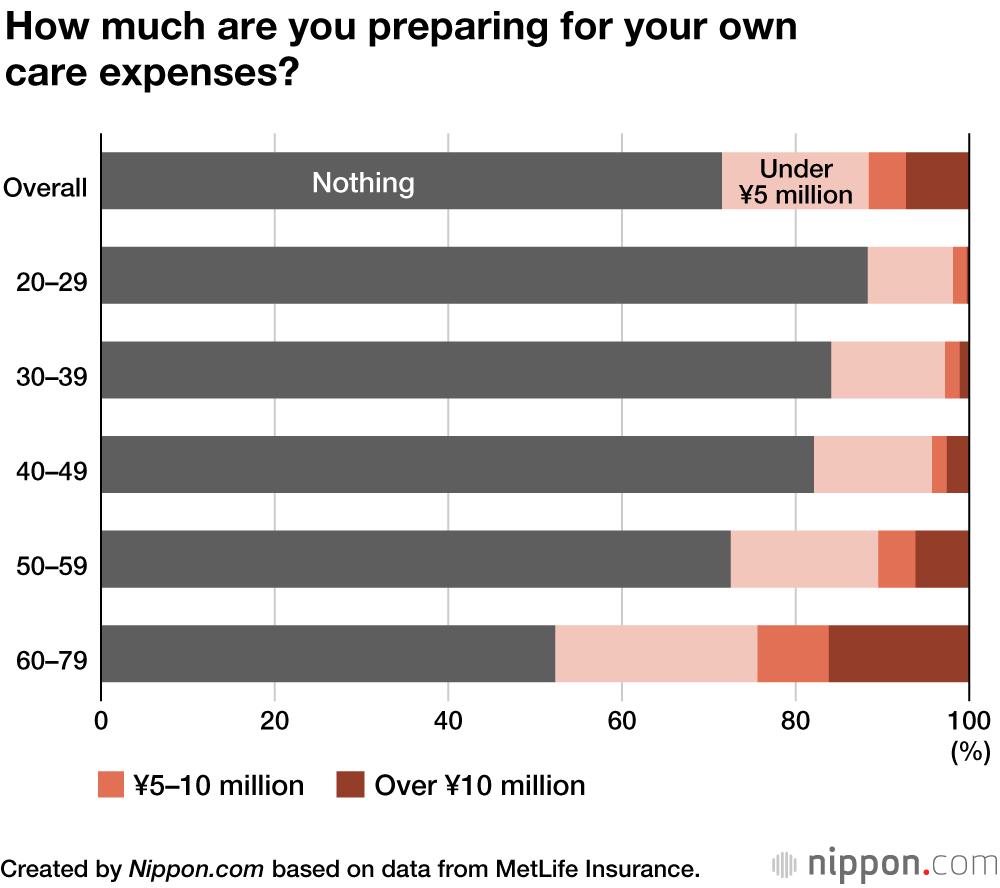