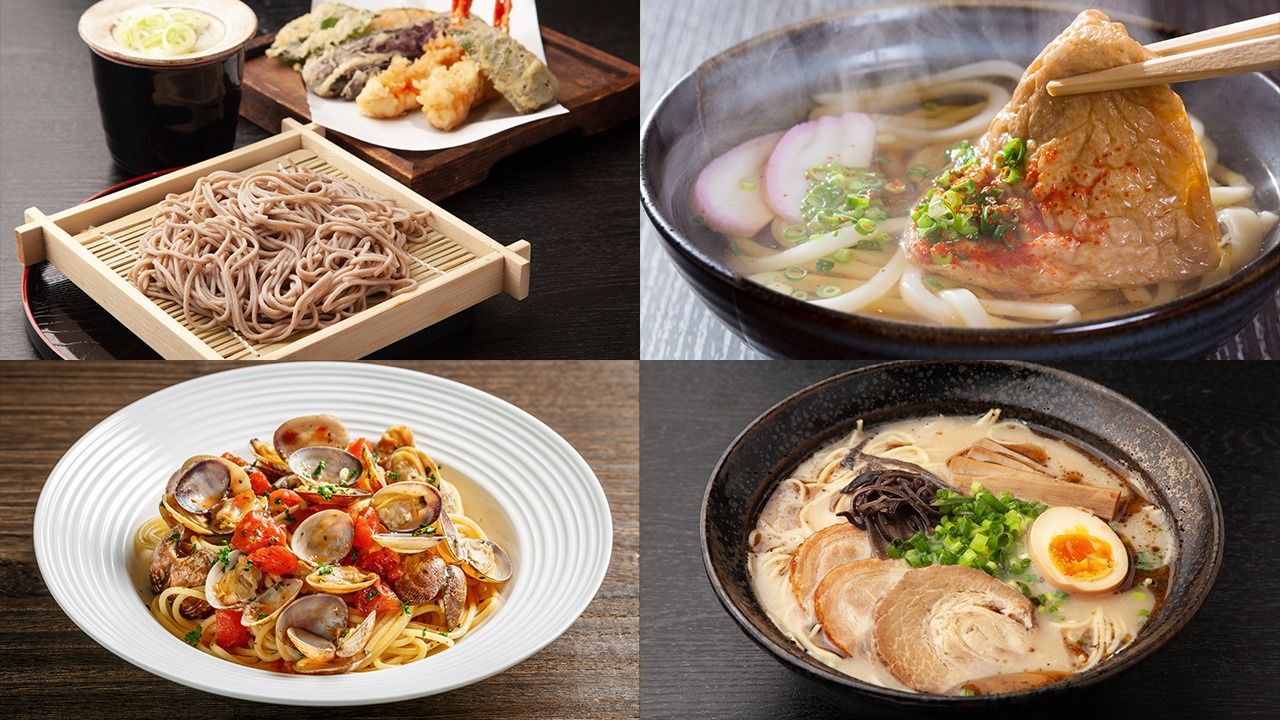 Soba to the East, Udon to the West: Japan’s Great Noodle Divide

Culture Food and Drink Oct 13, 2021
A survey found that udon was more popular in the west of Japan and soba in the east. Meanwhile, Hokkaidō residents are the country’s biggest ramen fans.

What’s your pleasure when it comes to noodles? When the JMA Research Institute conducted a nationwide survey, aimed at 5,000 people aged in their twenties through seventies, the results showed there are clear differences in taste between Japanese regions.

Asked to choose their favorites from more than 60 dishes that appear regularly on the dining table, 70.8% of respondents in Hokkaidō selected soba. With 66.5% in Kita-Kantō and Kōshin’etsu and 65.1% in Tōhoku, this type of noodle was clearly popular in the north and east of Japan. To the south and west though, udon was favored by many, including 73.9% in Shikoku and 70.3% in Kyūshū. 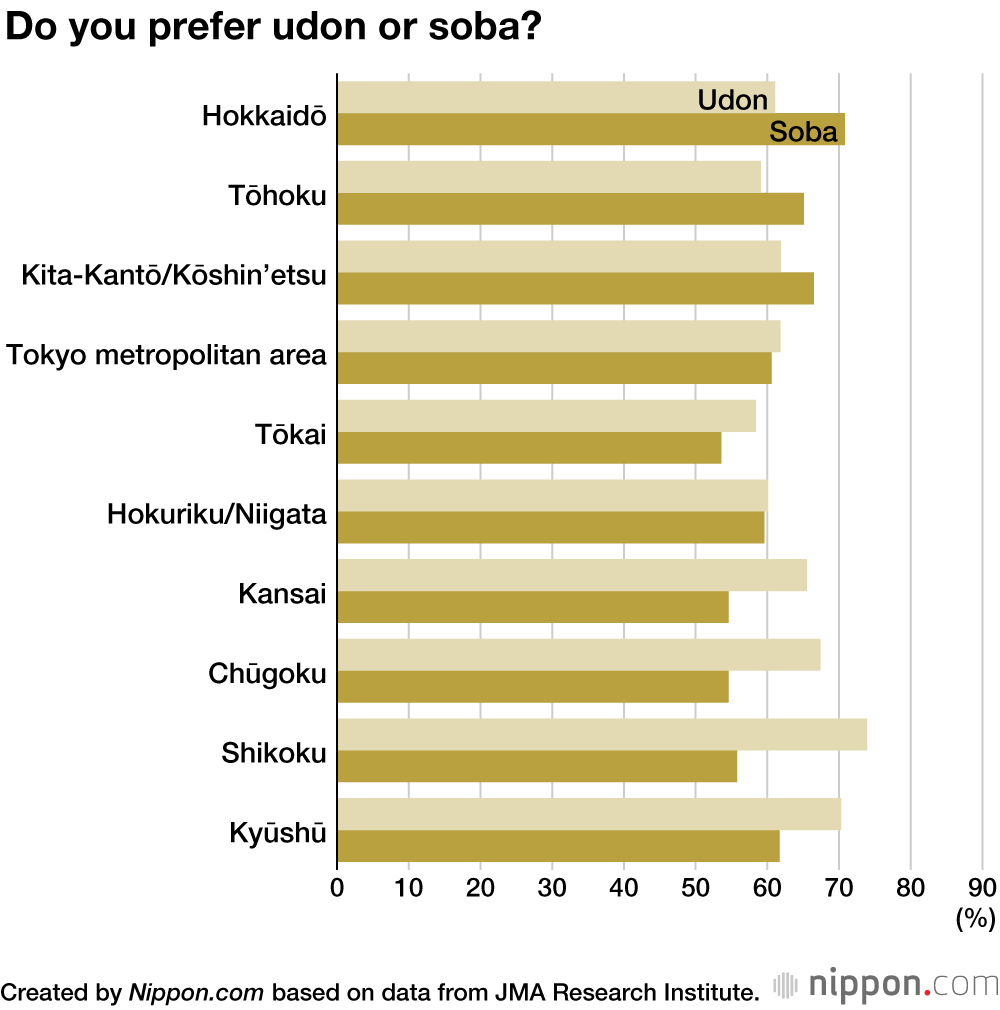 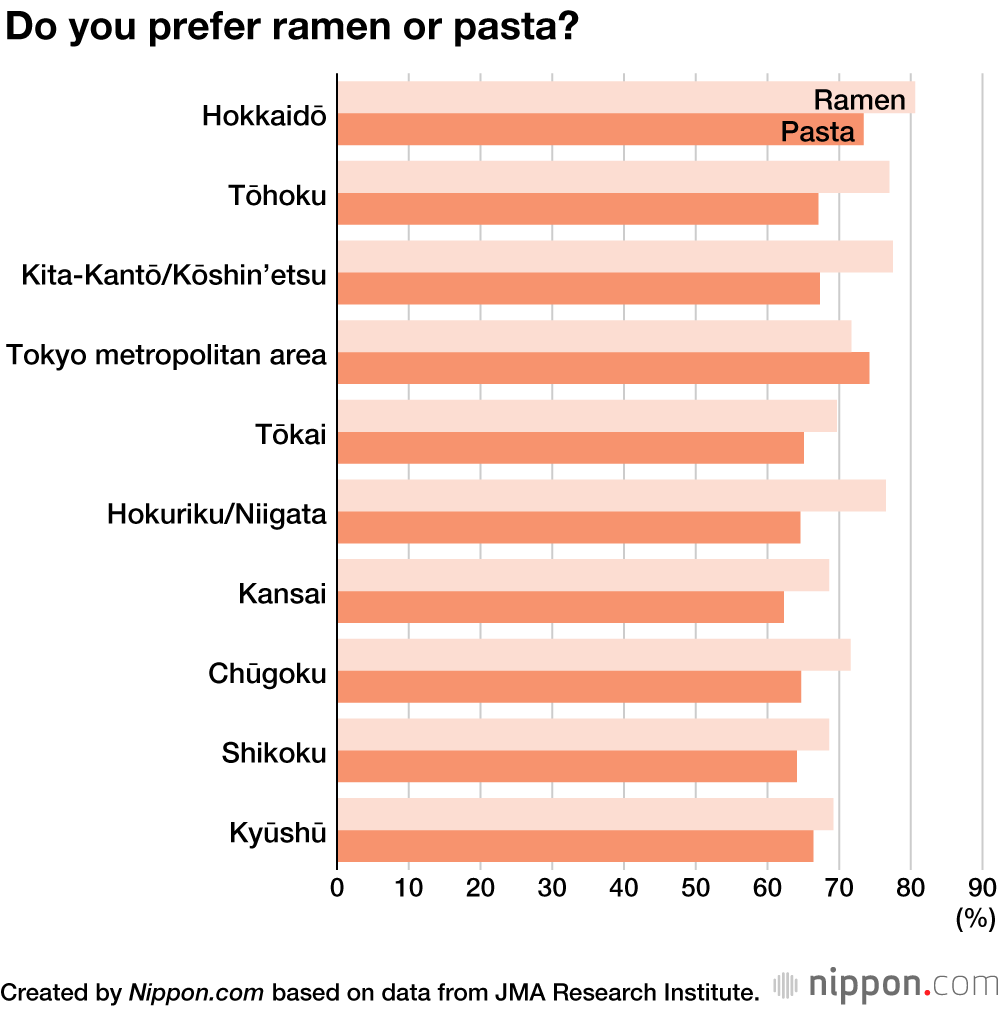