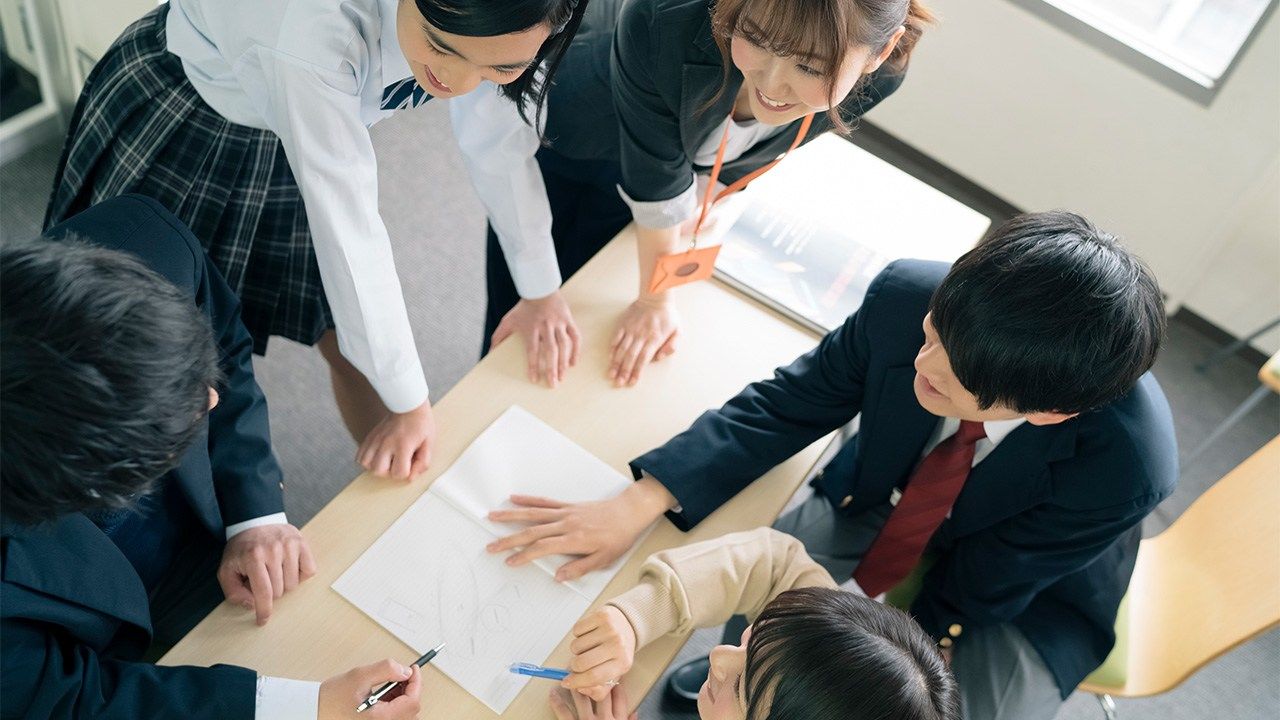 Politics Oct 14, 2021
On October 31, Kishida Fumio, Japan’s new prime minister will face an immediate test in the general election. A survey of teenagers who will be at least 18 at the time of election found more than half said they will vote or will probably vote.

Japan’s House of Representatives election is set to take place on October 31. An August survey by the Nippon Foundation of young people who will be 18 or 19 at the end of October found that the total percentage of respondents who “will vote” or “will probably vote” was 55.2%. This is significantly higher than the turnout of 40.5% for this age range at the previous lower house election in 2017. The ratio of young men who are likely to vote exceeded 60%. 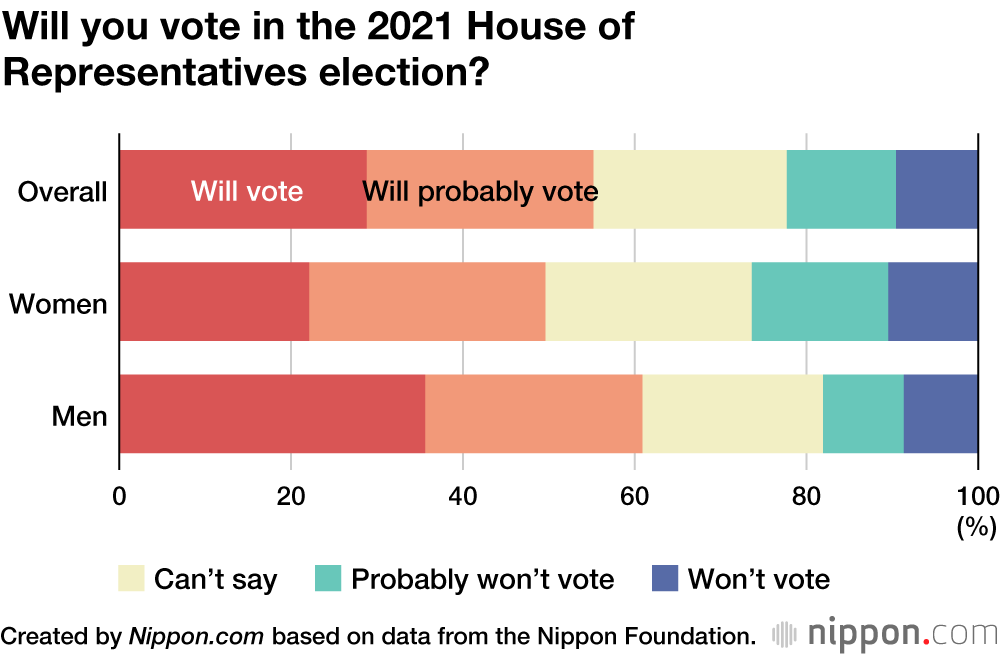 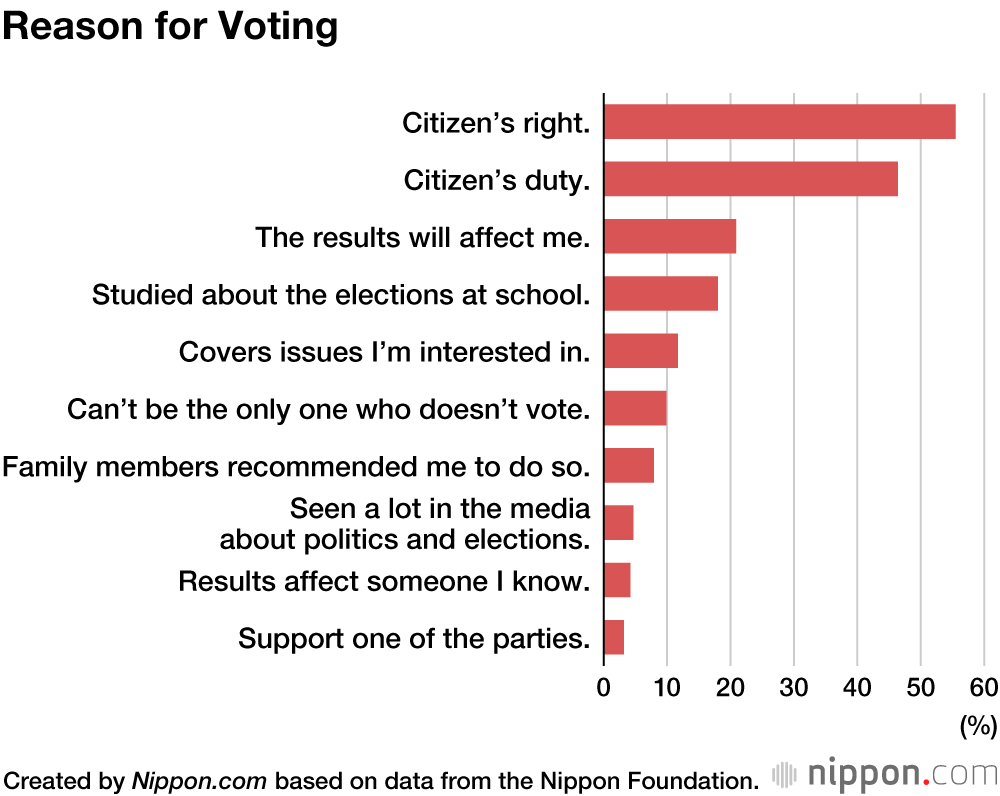 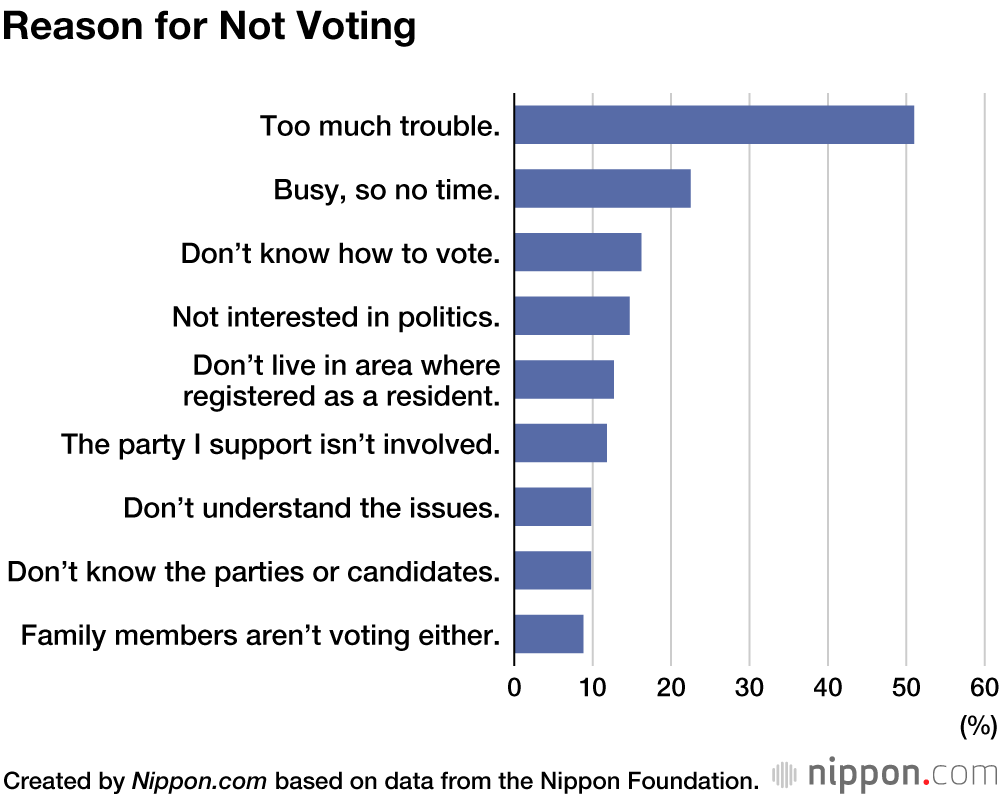 Asked about how circumstances should change or improve to increase the number of young voters, the highest answer with 64.1% was that online voting, such as by smartphone, should be made possible. Young people also wanted to feel that the election was about themselves, with 47.5% wanting “election issue points that concern young people” and 47.3% saying there should be “more young people among the candidates and elected officials”. 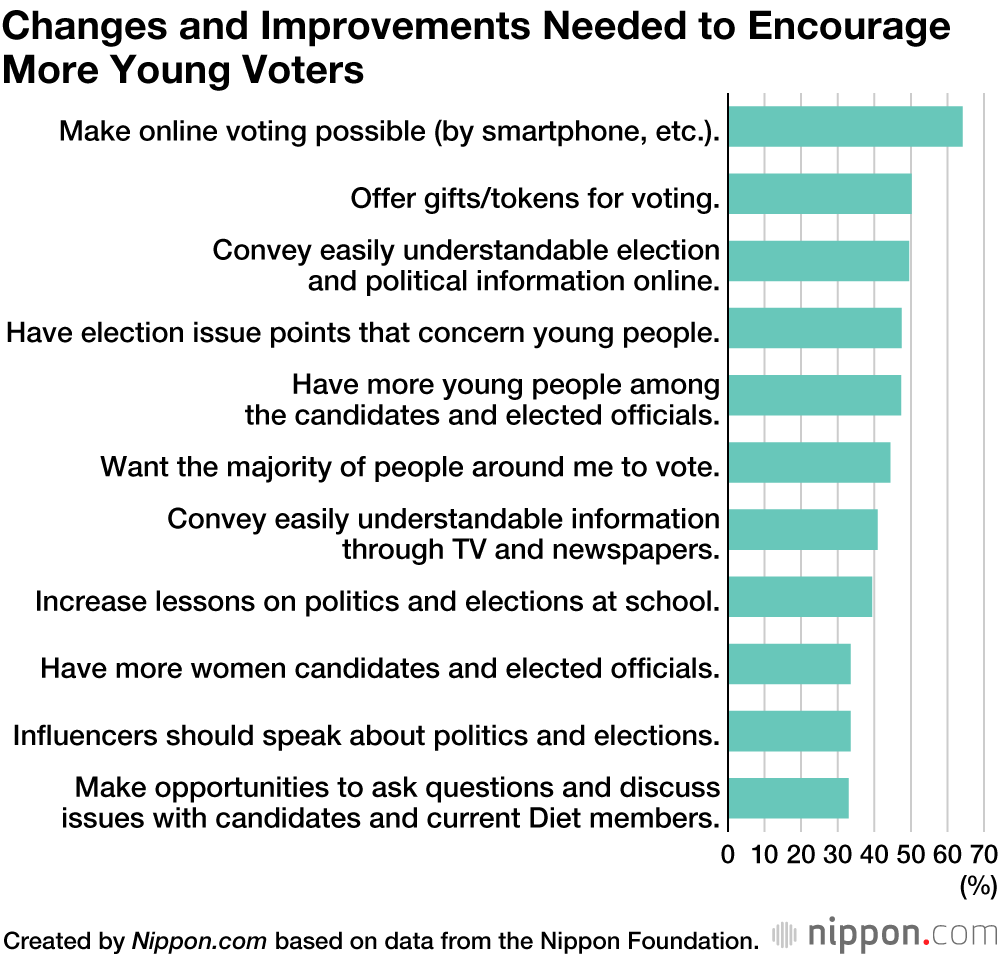 The nationwide survey, held online in August, was aimed at 916 young people aged 17–19. Participants aged 17 were limited to those who will become 18 before the end of October.