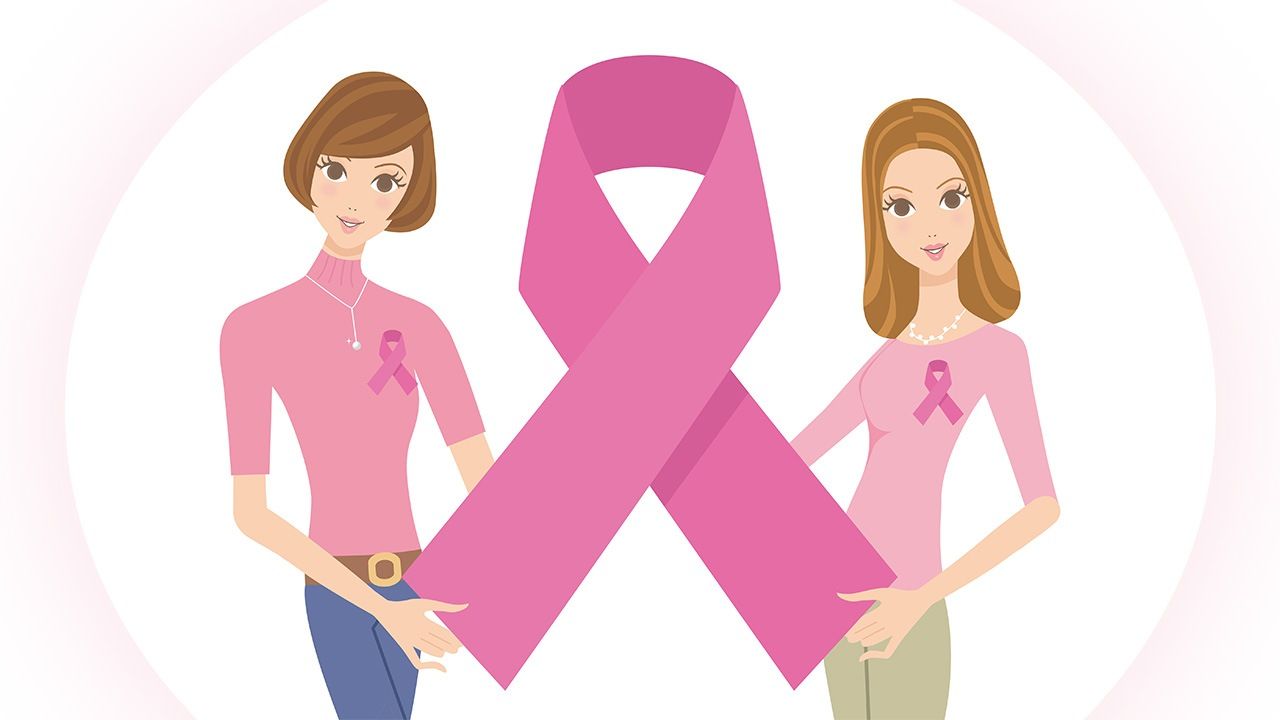 Health Lifestyle Society Oct 11, 2021
In Japan, one in every ten women will develop breast cancer during their lifetime. Efforts like October’s pink ribbon campaign have boosted awareness of the disease among Japanese, including the need to perform self-checks and other types of early detection, which when conducted boost the survival rate to over 90%. However, recognition of common risk factors lags.

October is breast cancer awareness month. In Japan, movements like the pink ribbon campaign have brought attention to the disease, which currently affects one in every ten Japanese women during their lifetime.

IT company A10 Lab recently conducted a survey on breast cancer awareness among users of its Minchalle motivation app. When asked if they knew about the pink ribbon campaign that promotes a greater understanding of the disease and importance of early detection, 77% of women, some 2,500 individuals, and 59% of men, or 380 individuals, who responded answered positively. 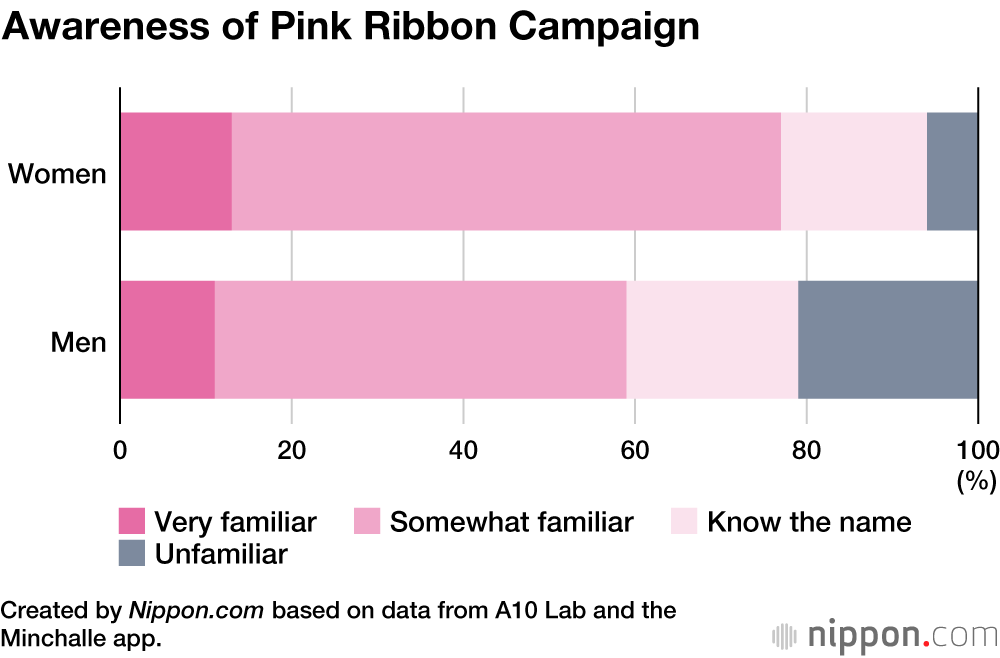 While the survey found high awareness of the significance of early detection in raising the chance of surviving breast cancer, far fewer people understood general risk factors of the disease. Around 80% of respondents, or 2,380 people, knew the importance of regularly performing breast self-examinations. However, fewer than 25% recognized that habits like smoking and regular consumption of alcohol as well as being overweight increased the likelihood of contracting breast cancer. 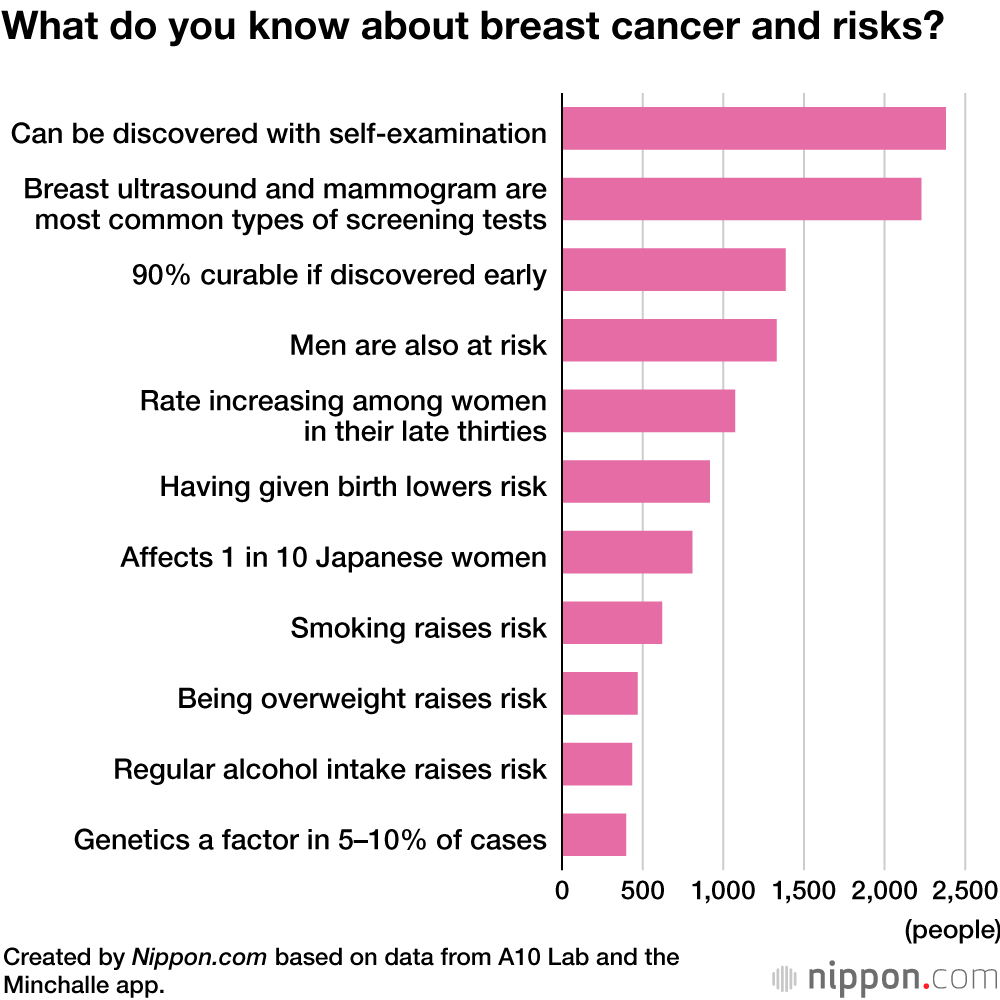 The survey also asked how often women perform self-examinations. Around 80% of respondents said they used the screening method, but only some 30% said they did so with any frequency. Self-examination was more common among older age groups, while few women in their teens used the technique. 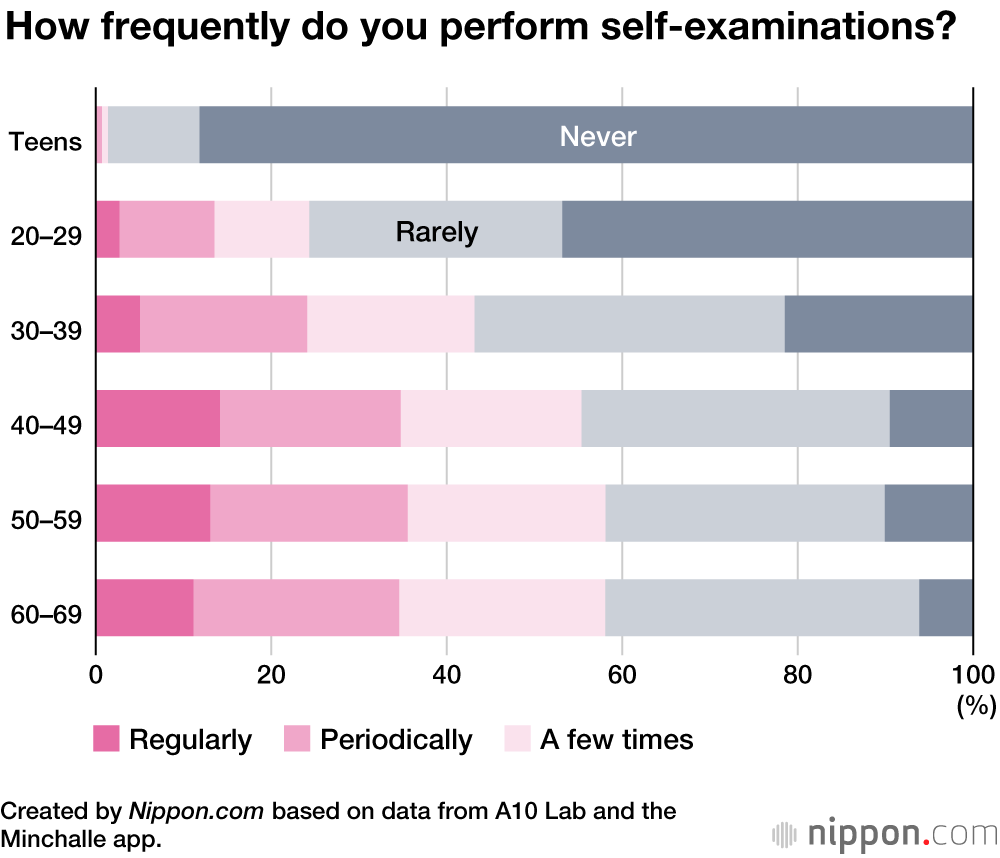