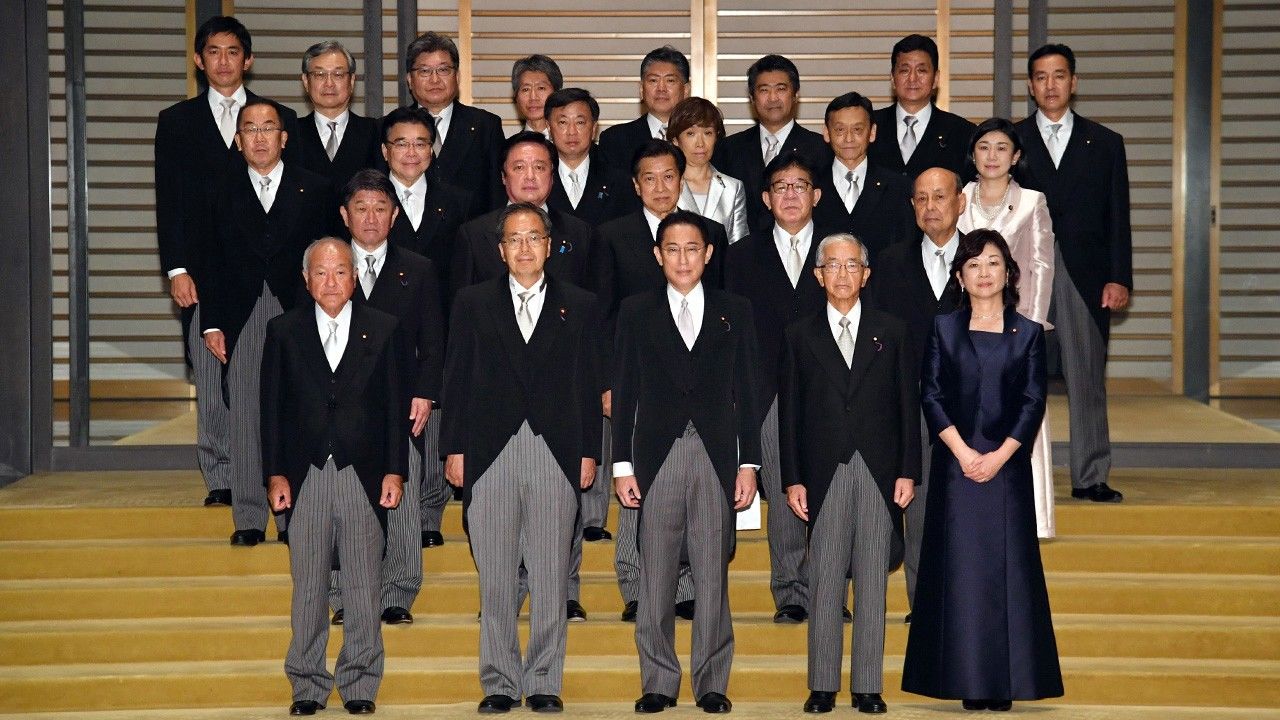 Kishida Fumio formally became prime minister of Japan on October 4, and he chose his first cabinet on the same day. There are 13 new faces in the 20 positions, and 3 women overall.

Among those joining the cabinet for the first time are two lawmakers in their forties. Makishima Karen (44) takes on the job of minister for digital transformation and Kobayashi Takayuki (46) the newly created position of minister for economic security.

The full list of cabinet members is as follows. Ages are as of October 4, 2021.

(Originally published in Japanese. Banner photo: Prime Minister Kishida Fumio (front, center) with the members of his new cabinet at the Imperial Palace in Tokyo on October 4, 2021. © Jiji; pool photo.)