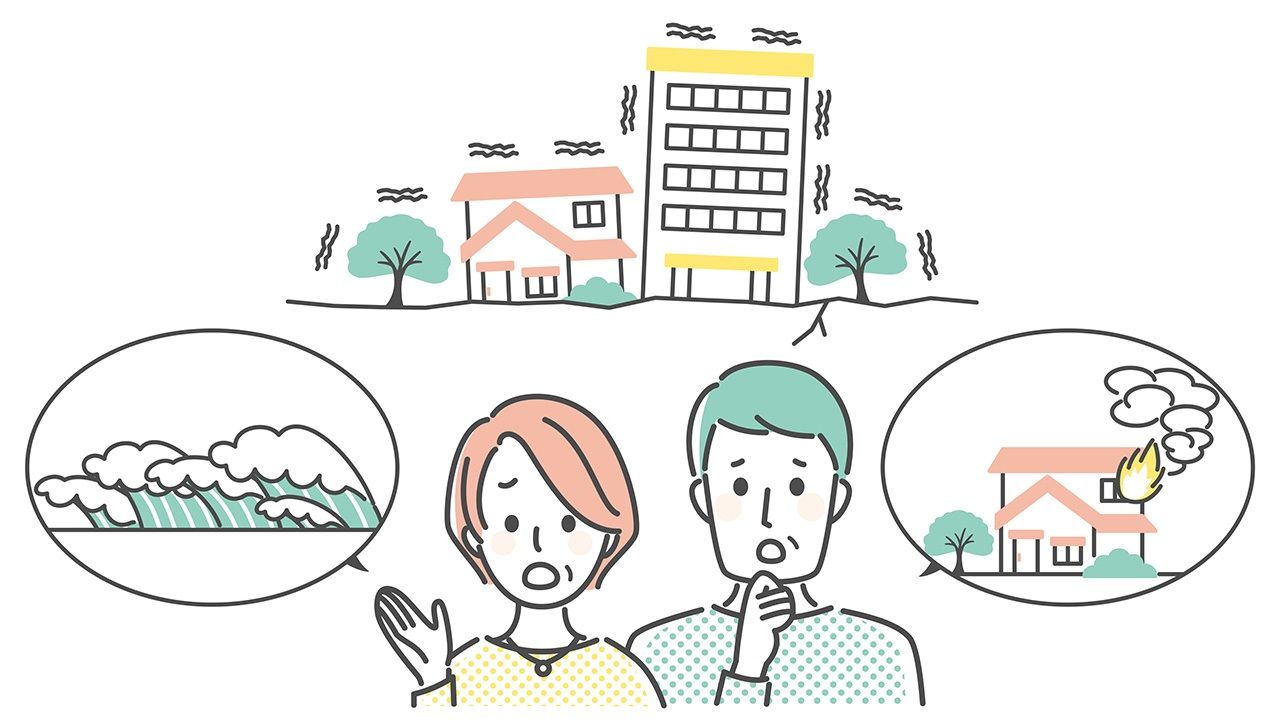 Disaster Oct 25, 2021
On the evening of October 7, noisy earthquake alarms sounded throughout the Tokyo metropolitan area just before a powerful tremor shook residents. While such relatively large earthquakes are rare, minor earthquakes are a near-daily occurrence.

An earthquake centered in northwestern Chiba Prefecture struck at 10:41 pm on October 7, 2021, causing shaking in Adachi, Tokyo, with a seismic intensity of upper 5. This marked the first time in the more than 10 years since the Great East Japan Earthquake (March 11, 2011) for an earthquake of that intensity to be recorded in Tokyo.

The graph below is based on the monthly statistics from the Japan Meteorological Agency’s earthquake database on temblors of an intensity of 1 or higher that have struck the 23 municipalities of central Tokyo since October 2011.

On May 5, 2014, an earthquake centered off the coast of Izu Ōshima measured lower 5 on the seismic scale in Chiyoda. Earthquakes with a seismic intensity of 4 or higher (indicated in yellow) are not frequent, but those with an intensity of 3 occur several times a year and quakes that are level 1 or 2 occur almost daily. 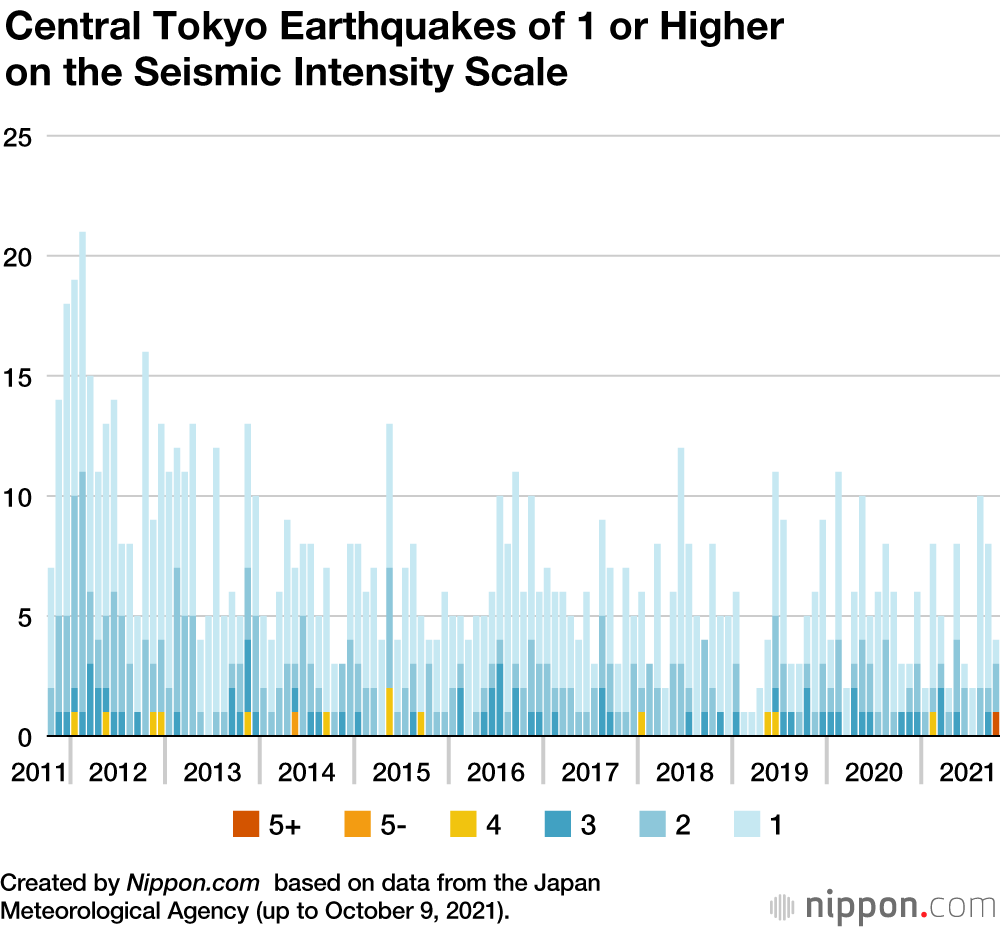 (The graph shows data from October 2011 because of the extremely high number of tremors following the Great East Japan Earthquake, including 333 quakes with a seismic intensity of 1 or higher during the month of March 2011 alone; if the vertical axis of the graph had been higher by incorporating that earlier data, it would have been difficult to perceive recent trends.)