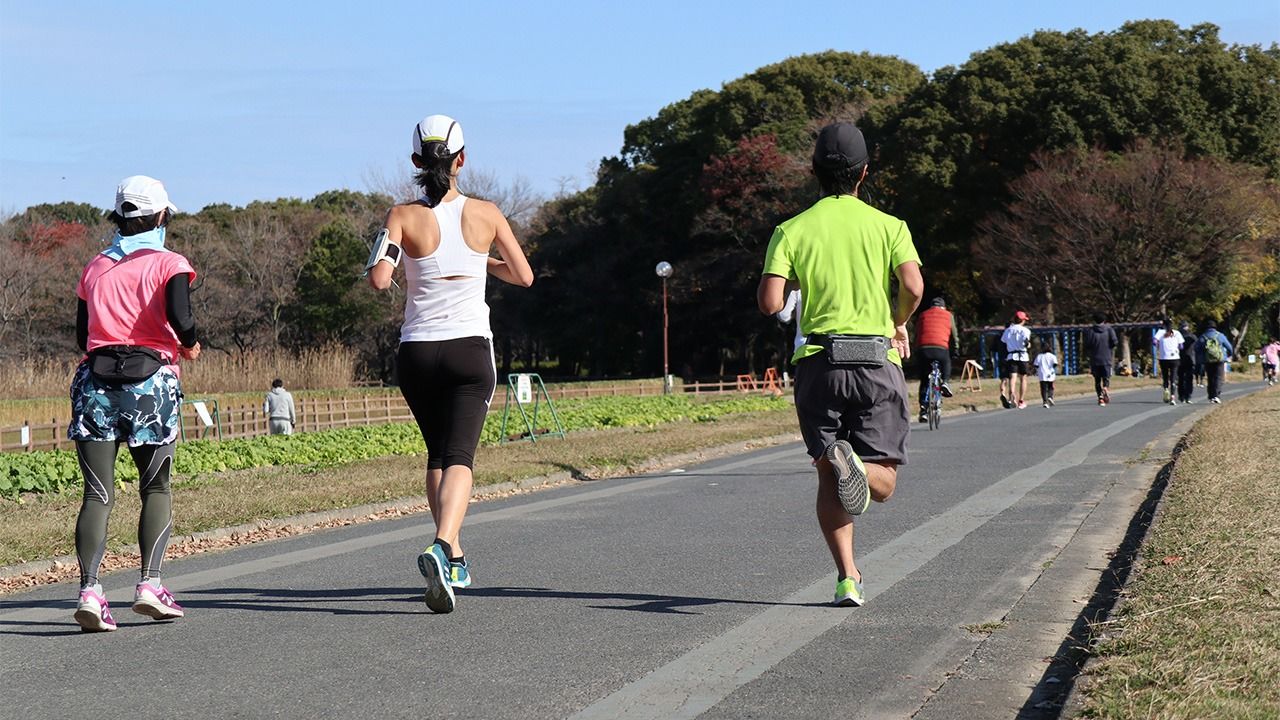 Sports Society Health Oct 26, 2021
A survey found that 10.6 million people in Japan jog at least once a year, while the figure is 5.8 million for those who go for a run at least once a week.

The 2020 National Sport and Lifestyle Survey conducted by the Sasakawa Sports Foundation found that an estimated 10.6 million people in Japan jog at least once a year, accounting for 10.2% of the total population, the highest level since the survey was first conducted in 1992. As for those more serious about jogging, who go for a run at least once a week, the figure was 5.8 million or 5.6% of the population, while those who jog at least twice a month numbered 7.2 million or 7.0%; both of those percentages are record highs. 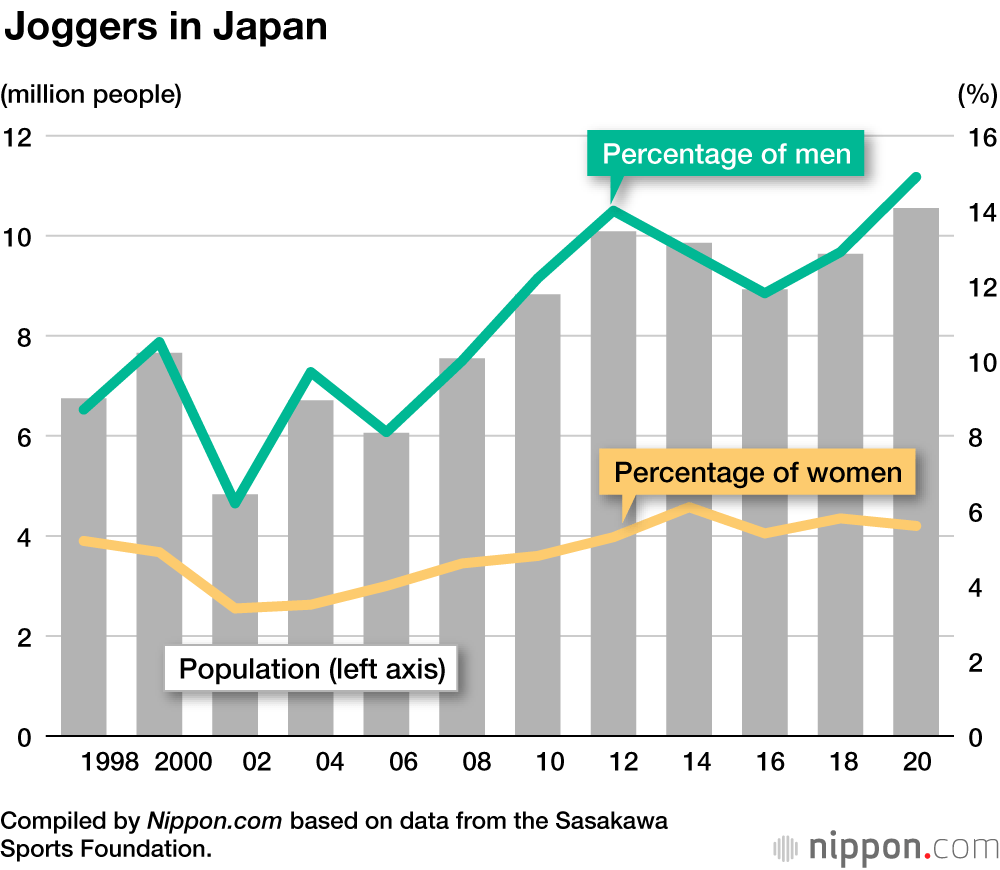 Among women, the highest rate comes for those in their twenties, at 15.8%, a 9.7 percentage point increase compared to 6.1% in 1998. However, enthusiasm for jogging has remained low among women aged 30 and up. 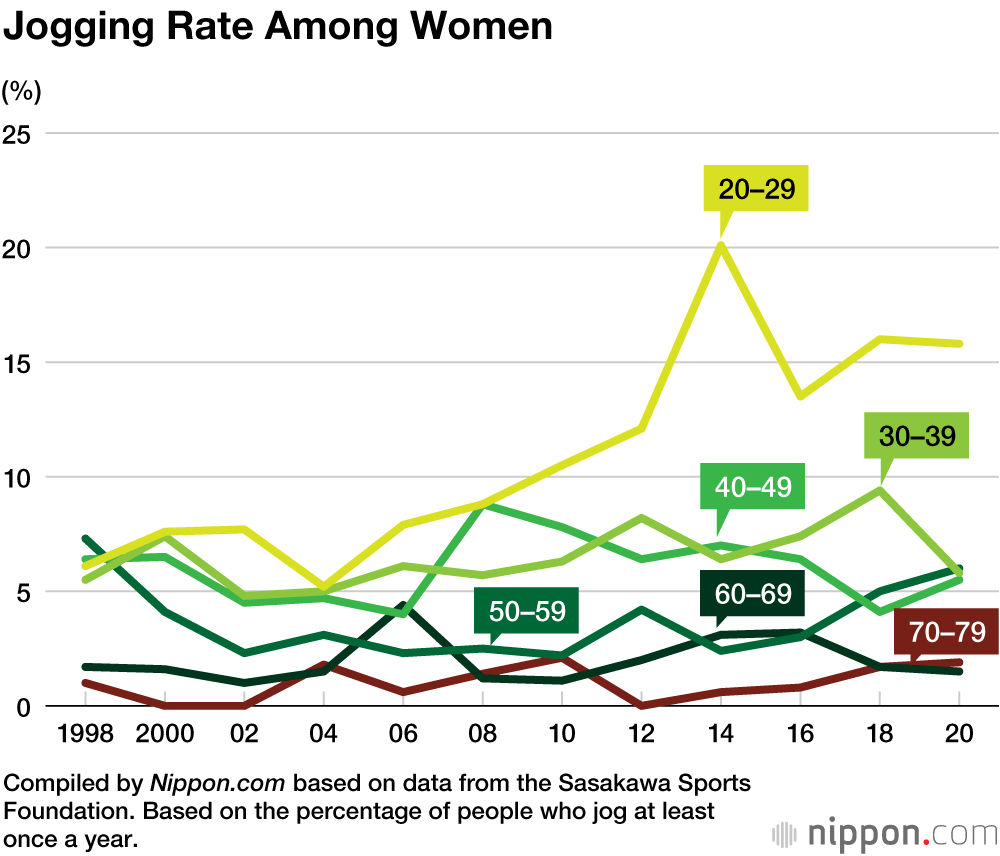 The percentage of men in their twenties to fifties who jog has been on an upward trend since 1998, with a particularly large increase among those in their thirties, although the percentages vary from year to year. 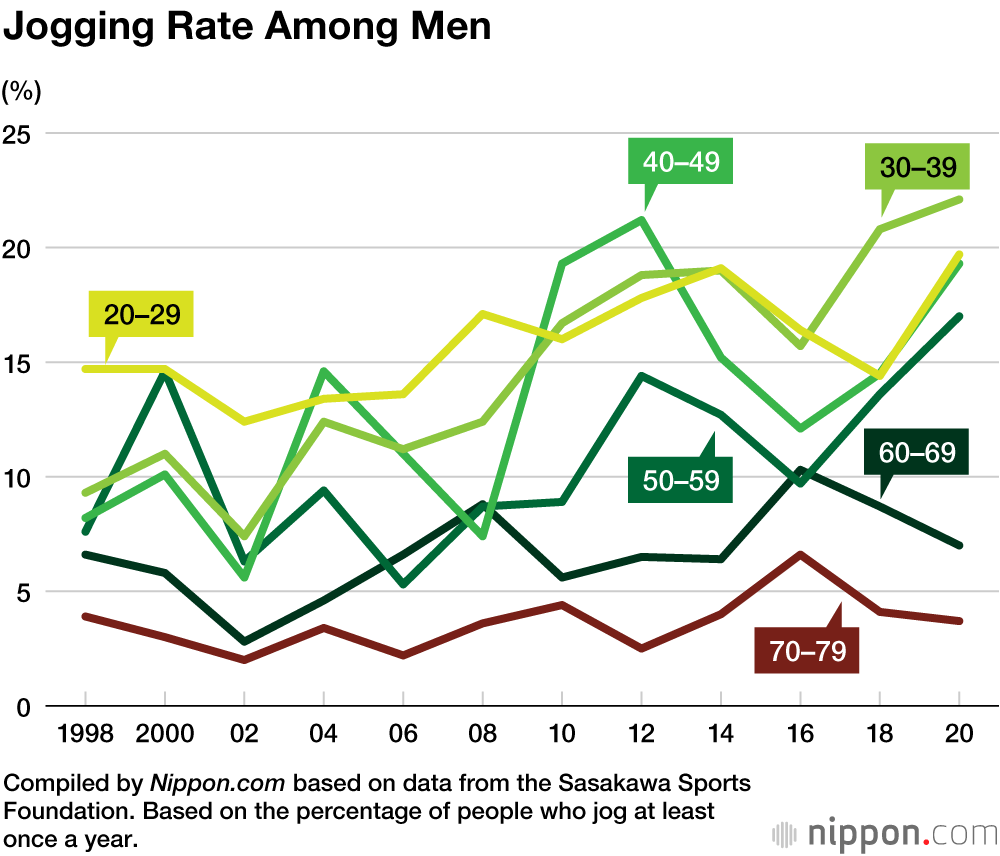