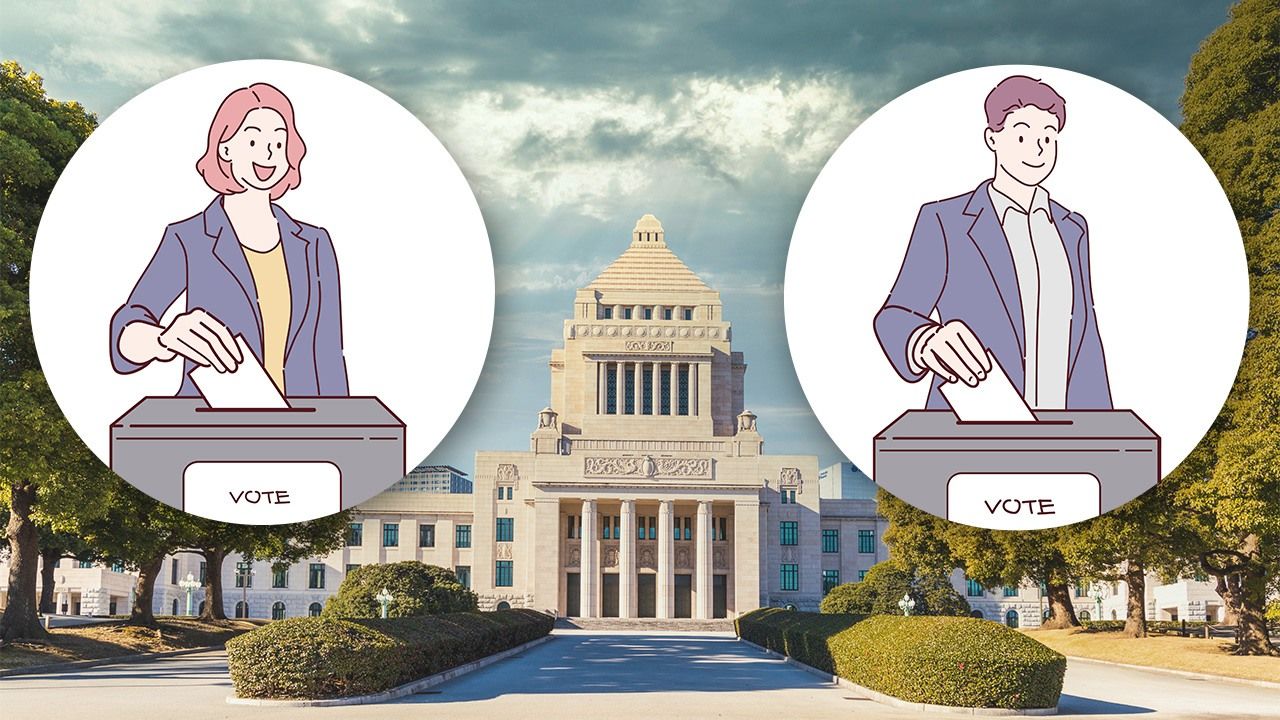 Politics Oct 18, 2021
Prime Minister Kishida Fumio of the Liberal Democratic Party faces an immediate test in the general election to take place on October 31, less than a month after he took office. Four opposition parties, including the Constitutional Democratic Party of Japan, are coordinating the fielding of candidates in an effort to avoid splitting their votes.

Prime Minister Kishida Fumio dissolved the House of Representatives on October 14, 2021, calling the first lower house election since 2017 only 10 days into his administration. The popular focus will be on the government’s COVID-19 response and economic measures as voters head to the booths.

With the ruling coalition of the Liberal Democratic Party and Kōmeitō on one side, the opposition parties, headed by the Constitutional Democratic Party of Japan (CDP), are positioning this contest as one presenting the electorate with a choice of which parties will lead the nation from November onward.

On October 19, there was confirmation of the number of candidates running for each party in the 289 single-seat districts. Compared with 2017, the CDP has greatly increased its total, while the Japanese Communist Party has reduced its candidates by half.

Candidates Fielded in the 289 Single-Seat Districts

As of October 14, when the extraordinary session of the Diet closed, the LDP held 276 seats and Kōmeitō 29, forming a 305-member ruling coalition that comfortably cleared the majority threshold of 233 seats in the 465-seat chamber. Prime Minister Kishida, at a press conference that evening, set a less than ambitious goal for the coalition in the election, stating that the ruling parties would measure their success according to whether they held on to their majority.

Apart from a simple majority, other possible targets for success would include the “stable majority” level of 244 seats, which would allow the coalition to chair all permanent lower house committees and ensure at least parity with the opposition in committee membership numbers; the “absolute stable majority” of 261 seats, which would allow it to chair and maintain a majority of seats in the committees, and a 310-seat two-thirds majority (also required in the House of Councillors) to pass revisions to Japan’s Constitution. 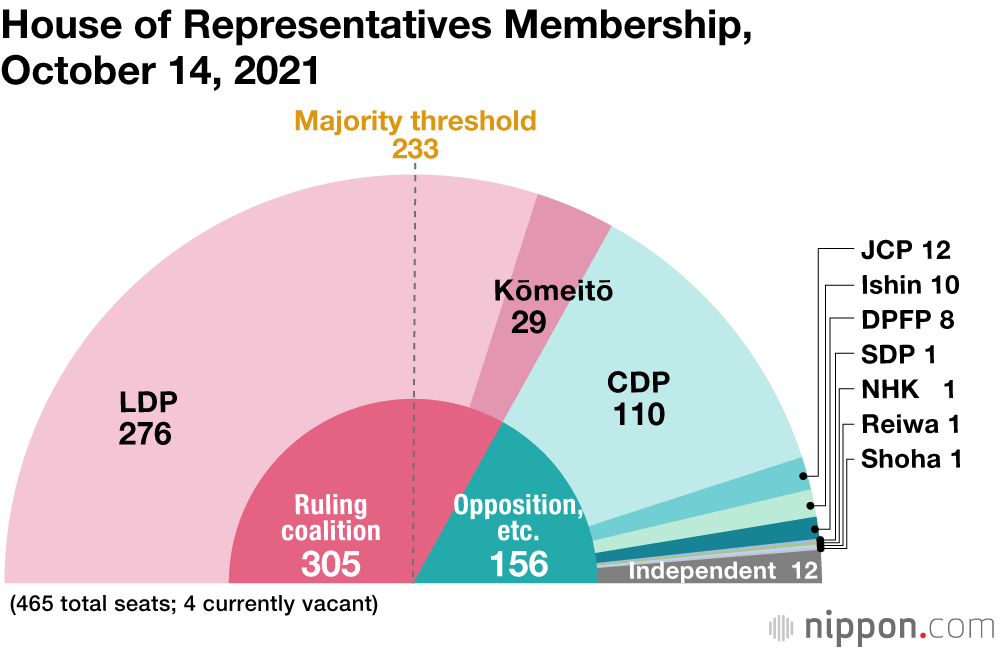 In addition to the winning candidates from the 289 single-seat districts, an additional 176 members are selected in voting for 11 multiseat proportional representation blocks. On their ballots, voters select one candidate for the local seat, along with a political party for the PR block, resulting in a situation where a candidate can lose in the single-seat vote but still make it into the House of Representatives as the PR pick.

Japanese citizens aged 18 and older are eligible to vote in the municipality where they are registered as residents. Voting in principle takes place in person at polling stations from 7:00 am to 8:00 pm on election day, and votes are tabulated immediately after the polls close.

Key Politicians Not Running for Reelection