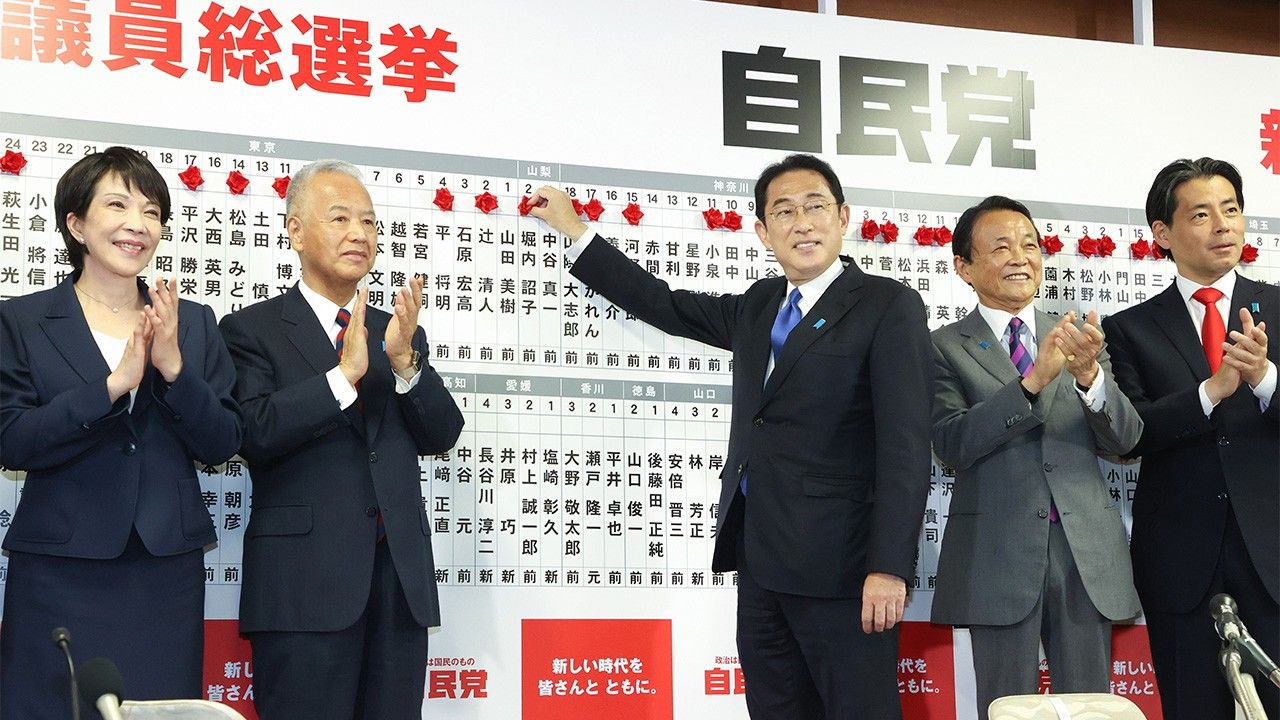 Politics Nov 1, 2021
In a general election held less than a month after Kishida Fumio was selected as prime minister, the ruling Liberal Democratic Party lost 15 seats, but held onto its comfortable majority of 261 seats.

In Japan’s 2021 House of Representatives election, held on October 31, the Liberal Democratic Party lost seats, dropping from 276 to 261, including those who ran as independents but later declared for the LDP. The party thereby gained more than 233 out of the chamber’s total of 465 seats—well past the “stable majority” level of 244 seats, allowing it (or the ruling coalition) to chair all permanent lower house committees, and just reached the “absolute stable majority” of 261 seats, which lets it chair and hold a majority of seats in the committees. Its coalition partner Kōmeitō finished with an improved 32 seats, meaning the government has a combined total of 293.

Media reports from major newspapers and NHK indicate that the number of seats won by each party in Japan’s general election are as follows. Nippon Ishin no Kai (Ishin, or the Japan Innovation Party) was a big winner among the opposition parties, using its strong performance in Osaka to become the third largest party overall. 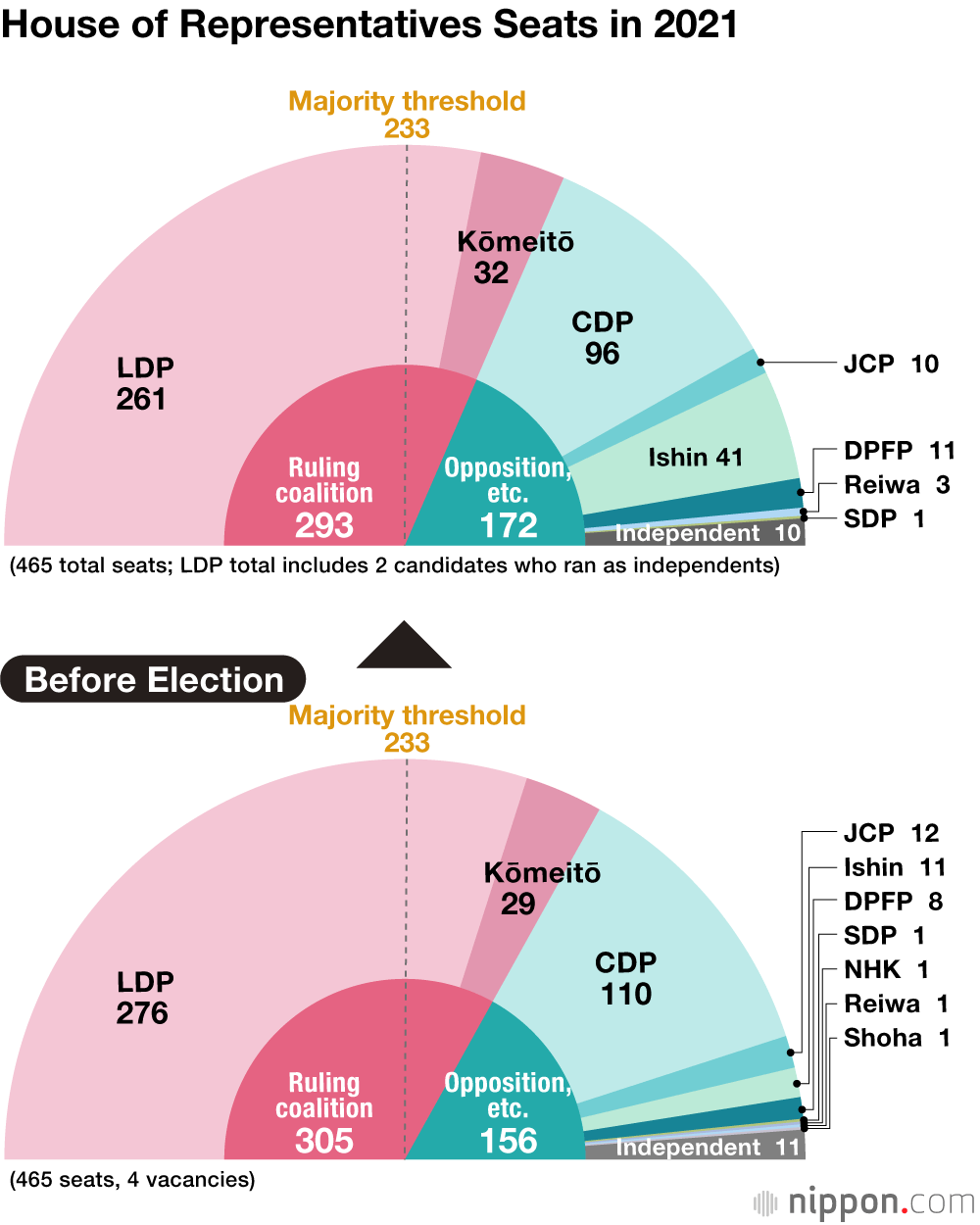 The LDP won 189 seats in single-seat districts and 72 via proportional representation. While it finished with nearly 30 constituency seats fewer than the 218 in 2017, its PR seats rose compared with the 66 in the last election. Kōmeitō won 9 constituency and 23 PR seats, improving its showing by 1 seat in each category.

The Constitutional Democratic Party of Japan, or CDP, won 96 seats (57 constituency and 39 PR), falling from its total of 110 before the election. The Japan Communist Party finished with 10 seats (1 constituency and 9 PR), also down from its pre-election 12.