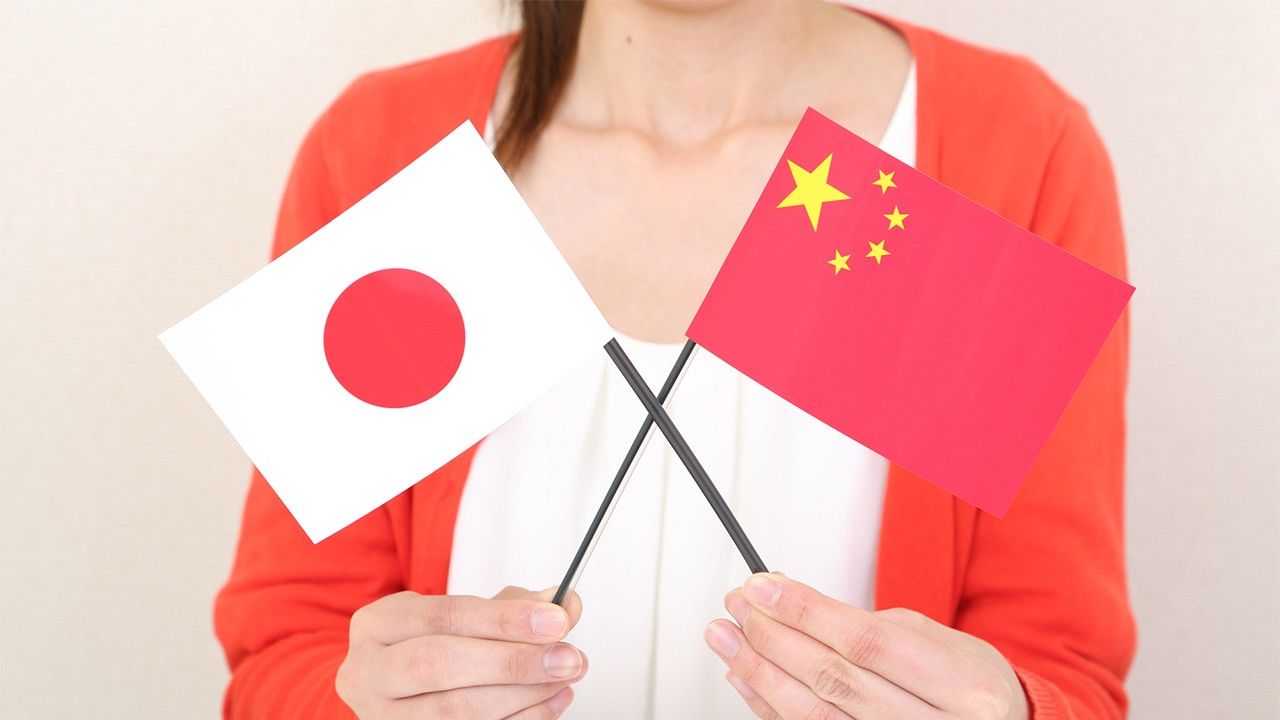 Poll Shows Rise to Over 60% of Chinese Viewing Japan Unfavorably

Politics Nov 17, 2021
A joint opinion poll of Chinese and Japanese people has revealed that the attitude toward Japan among the Chinese public has deteriorated sharply over the past year.

The results of a joint opinion poll conducted in August and September 2021 by the Japanese private nonprofit organization Speech NPO and the China International Publishing Group have been announced. The poll found that 66.1% of the Chinese people surveyed had a bad impression of Japan, an increase of 13.2 points over the previous survey. This was the first time for the impression of Japan to worsen according to the survey since 2013, which was a time of bilateral tensions related to the Senkaku Islands dispute. Meanwhile, the proportion of Japanese with a bad impression of China according to the survey increased by 1.2 points to 90.9%, worsening for the second straight year. 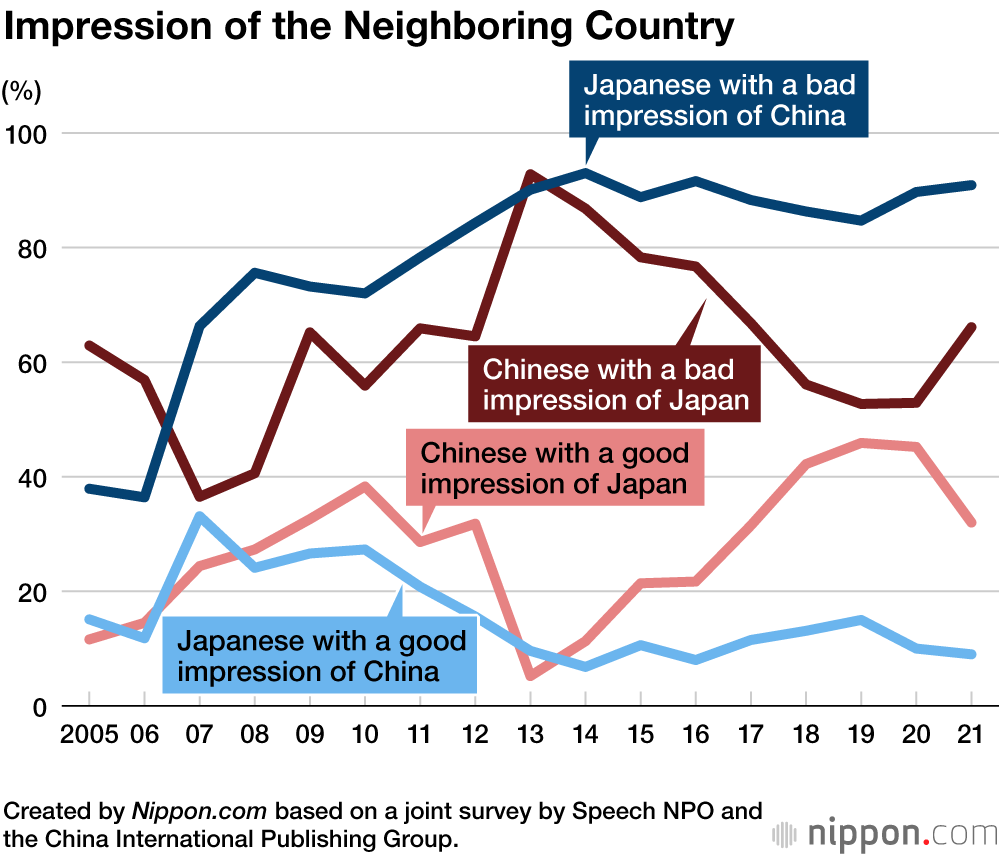 This year marked the seventeenth time to conduct the survey, which was launched in 2005. The survey targeted 1,000 men and women in Japan and 1,500 in China, with all of those surveyed being age 18 or older.

The most common reason for Chinese people to have a negative impression of Japanese people, cited by 77.5% of those surveyed, was that they have not properly apologized and reflected on their history of aggression. This was a 3.4-point increase from 74.1% in the previous survey. Another common reason, mentioned by 21%, was the inappropriate words and actions of some Japanese politicians—a considerable increase on the 12.3% in the previous survey.

Reasons for Negative View of Japan Among Chinese People (%)

Reasons for negative view of China among Japanese people (%)

The most common reasons mentioned by Chinese for having a positive impression of Japan were the high quality of Japanese products (52.6%) and the politeness, manners, and high cultural level of the people (49.4%). The most common reasons for Japanese to have a positive impression of China were the country’s sightseeing spots and magnificent nature (31.1%), its ancient culture and history (30%), and Chinese food and recent music and literature (30%).