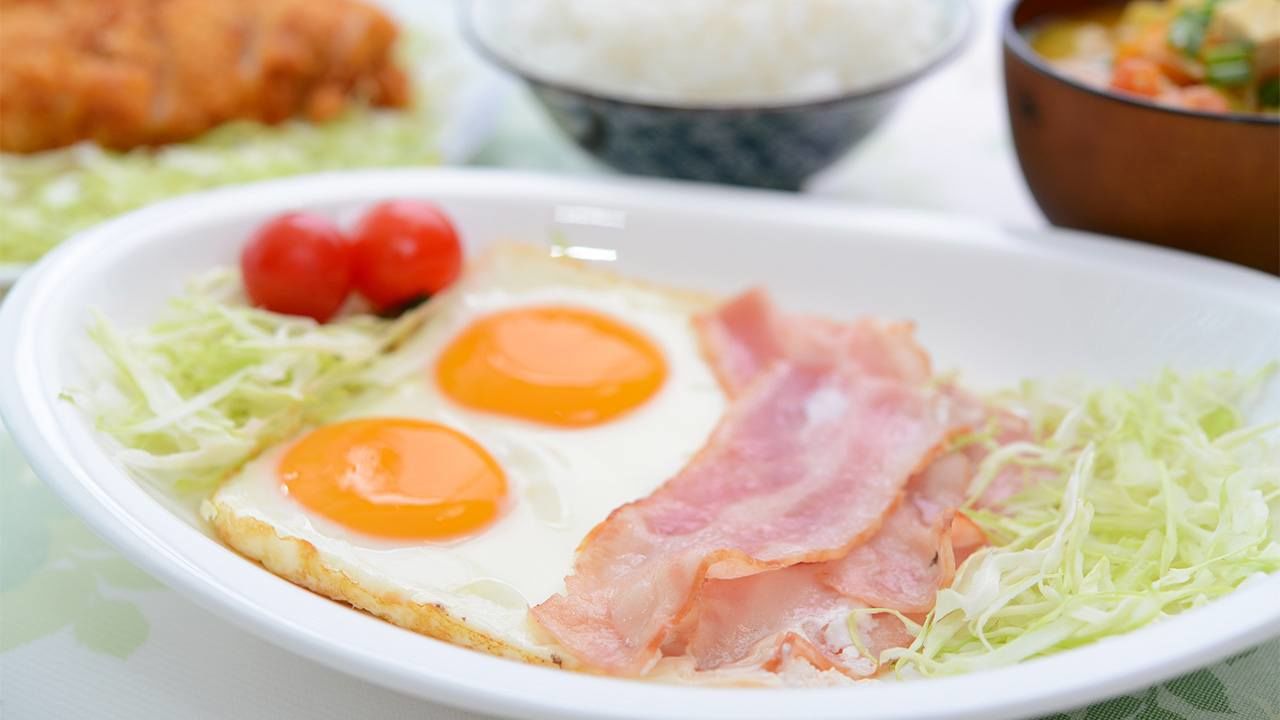 Salty Side Up: Fried Eggs with Soy Sauce a Japanese Favorite

Food and Drink Nov 18, 2021
A survey in Japan found fried eggs were the most popular way to eat eggs, and the favorite accompaniment was soy sauce and rice.

“Fried eggs” are the best loved egg cuisine in Japan, according to a survey by Kewpie in which they were chosen 69.7% of respondents. “Boiled eggs” came in at second place with 66.5%, closely followed by “egg fried rice” with 64.8%. The survey targeted 2,060 people aged from their twenties to their sixties.

When asked about their favorite way to fry eggs, an overwhelming 70.5% of respondents said, “sunny side up” with a runny yolk and a further 14.1% answered “well cooked, not flipped”, indicating that more than 80% liked their eggs cooked on just one side. This preference was particularly visible in the Kantō region, where 75.6% responded with “sunny side up.” 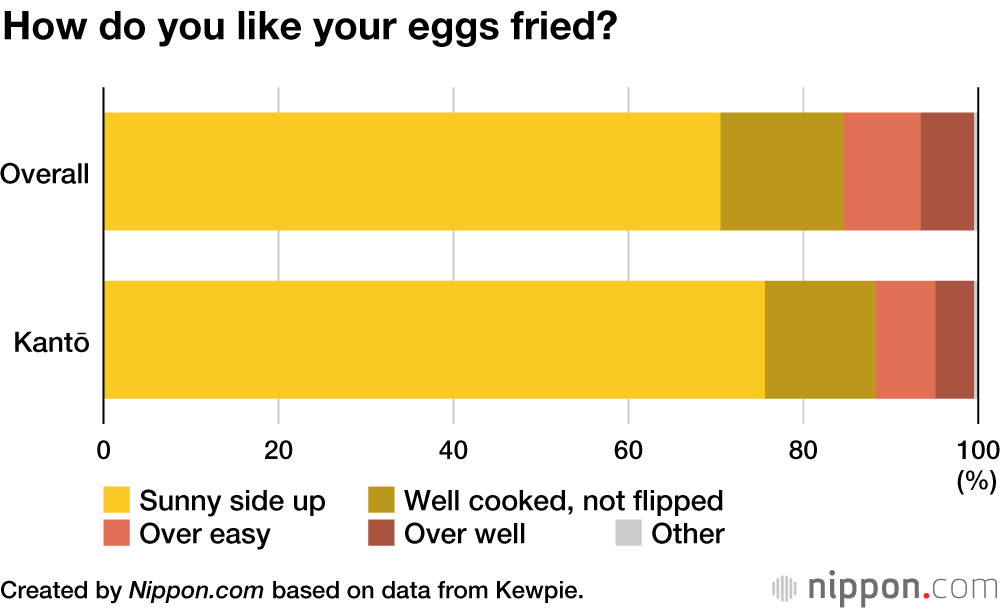 The most popular seasoning for fried eggs, at 59.4%, was “soy sauce.” This was more than double the rate for “salt” that ranked second with 28.5%. By place of residence, soy sauce was especially popular in northern areas of Japan, including 78.0% in Tōhoku and 67.7% in Hokkaidō. The most common food to eat eggs with was rice (64%), more than 20 points higher than bread (42.8%).

According to the International Egg Commission, the annual consumption of eggs in Japan increased in 2020 by two eggs to 340 on average per person. With this rate of consumption, one might even see fried eggs as a part of Japanese cuisine. 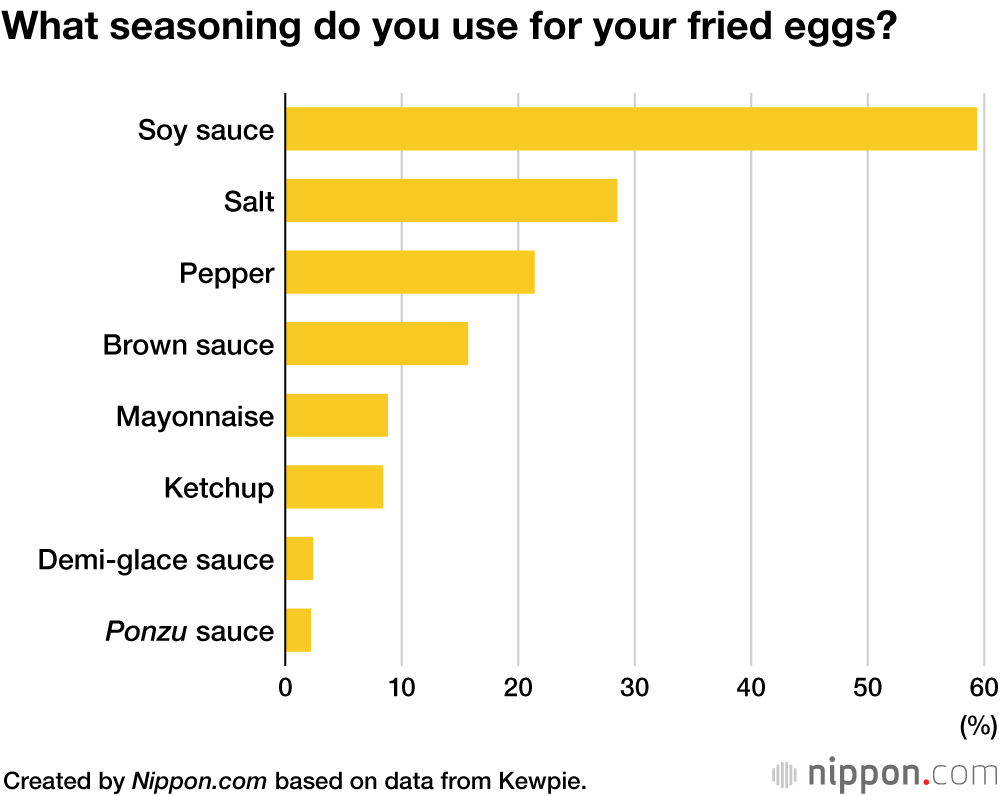 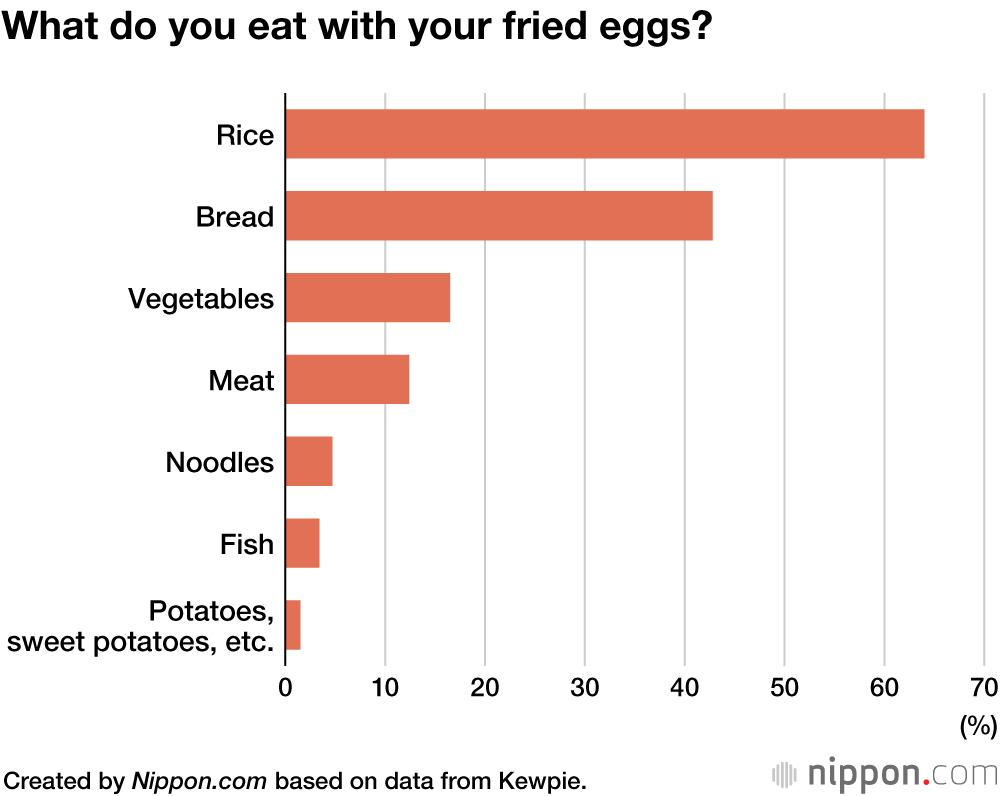