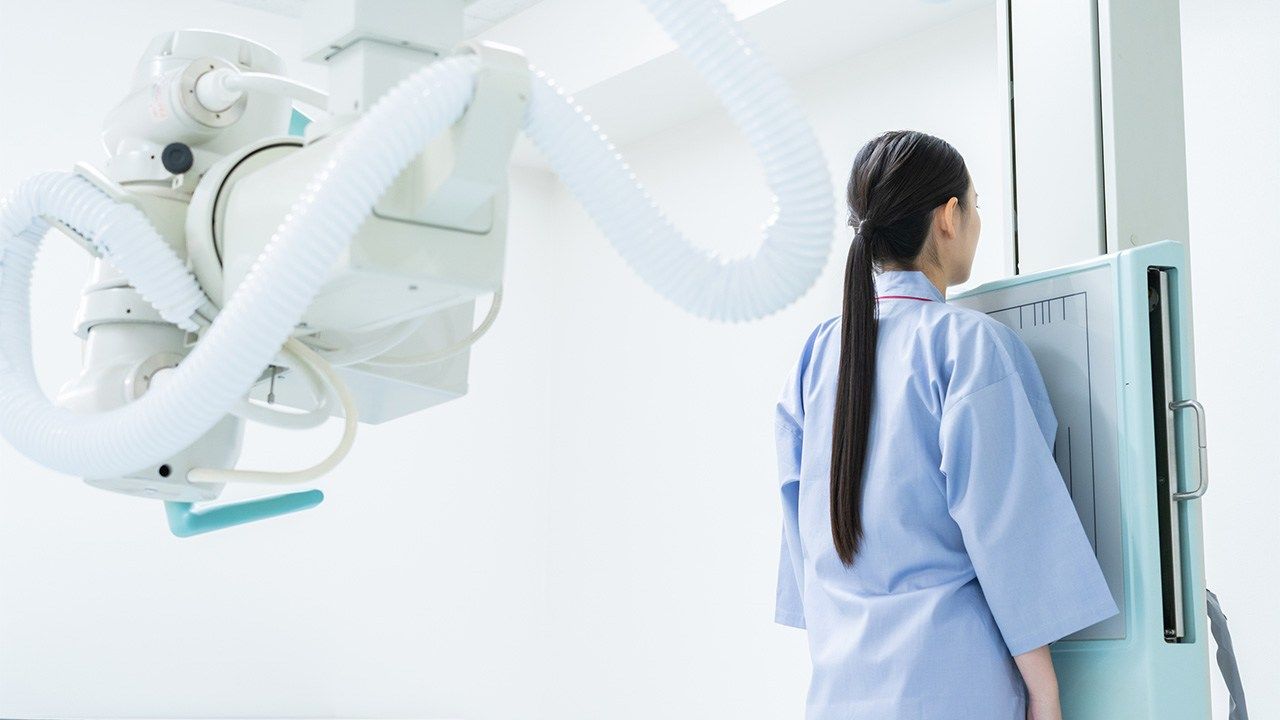 Health Society Nov 24, 2021
Delayed checkups due to fear of catching COVID-19 are thought to be behind the reduced number of cancer diagnoses in Japan in 2020, with a particular drop in detection of stage 1 cancer.

According to a survey conducted by the Japan Cancer Society, the number of people diagnosed with cancer in 2020 fell by 9.2%, compared to 2019. The society sent questionnaires to 486 university hospitals, cancer treatment centers, and related facilities nationwide, asking about five main types of cancer—stomach, colorectal, lung, breast, and cervical. They received responses from 105 facilities, equivalent to around 21.5%.

Compared to 2019, the total number of diagnoses for the five cancer types decreased by 8,154 to 80,660. Based on the response rate, it is possible that diagnoses dropped by 40,000 nationwide. By type, the largest decrease was 13.4% for stomach cancer, followed by a 10.2% drop in colorectal cancer diagnoses.

During April and May 2020, when the first state of emergency was in place, there were strong requests throughout Japan to not go out without good reason as well as not to travel across prefectural borders, so medical examinations carried out by local authorities had to be canceled or postponed too. The fear of an unknown virus greatly restricted people’s movements and, even after the state of emergency was lifted, it continued to have a psychological effect on people who refrained from going out and delayed medical checkups. 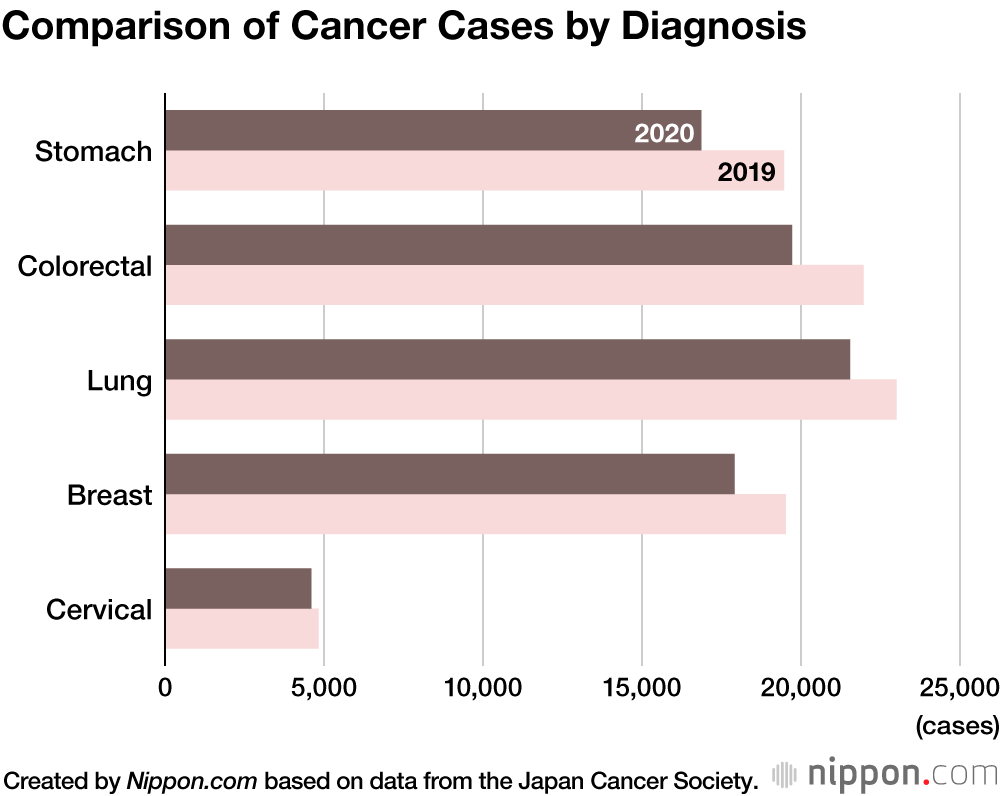 By stage, which indicates how far the cancer had progressed, diagnoses of stage 1 (early stage) stomach cancer fell by 17.4% from the previous year. This was a much larger decrease than for stages 2 through 4. There were similar significant drops seen for colorectal and breast cancer stage 1 diagnoses, so it is possible people refraining from having checkups will lead to cases of early-stage cancer with no perceptible symptoms going undetected. The Japan Cancer Society pointed out that “there are concerns that a decrease in early cancer detection will lead to increased detection in the more advanced stages, with a worse prognosis and an increase in mortality.” 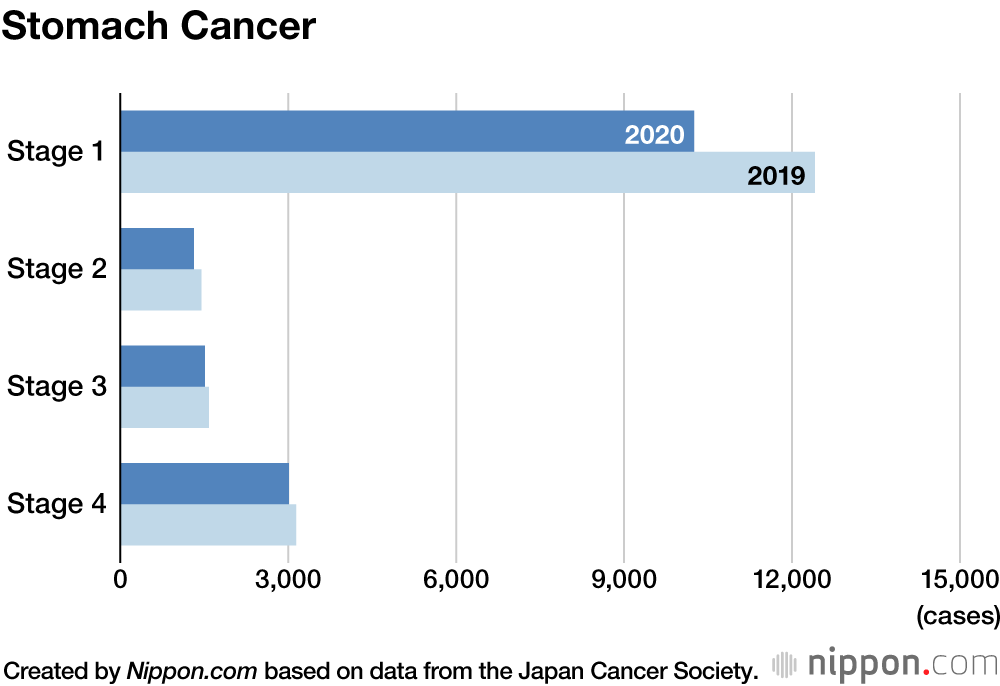 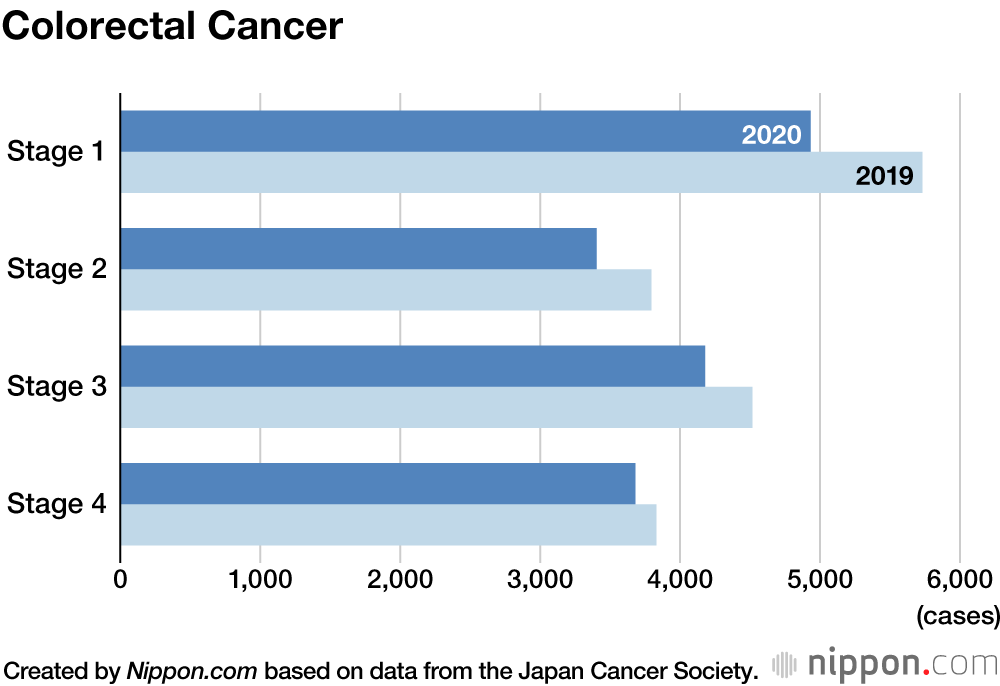 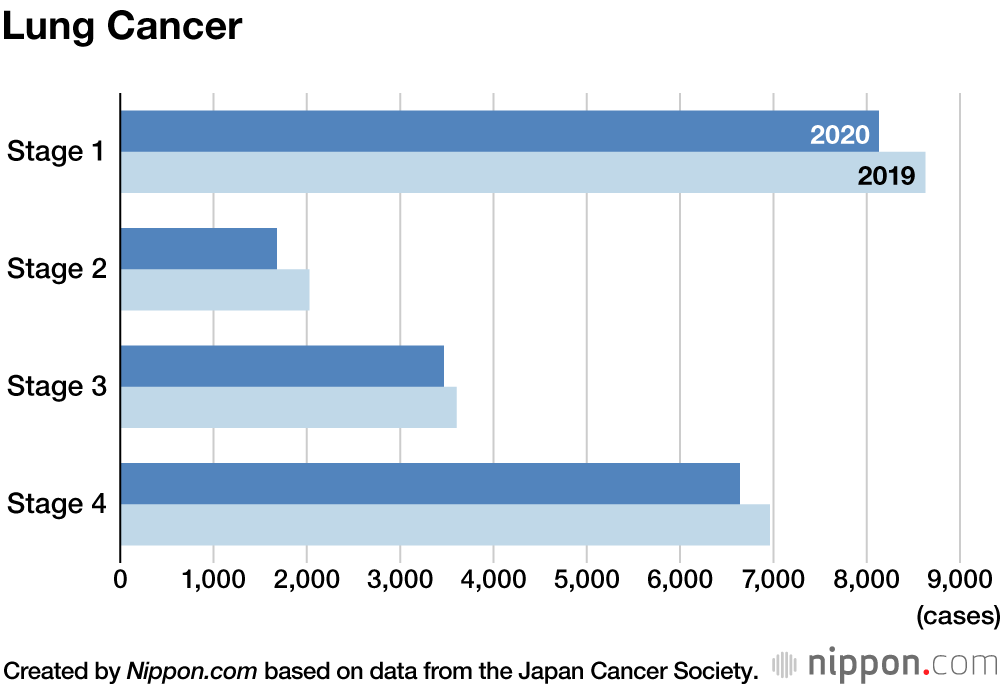 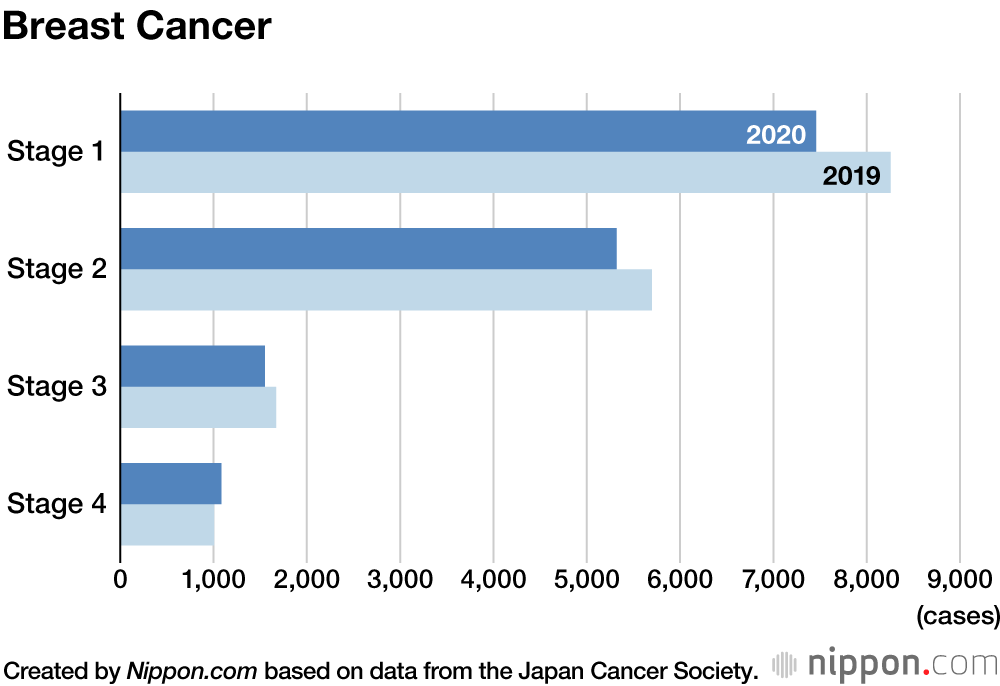 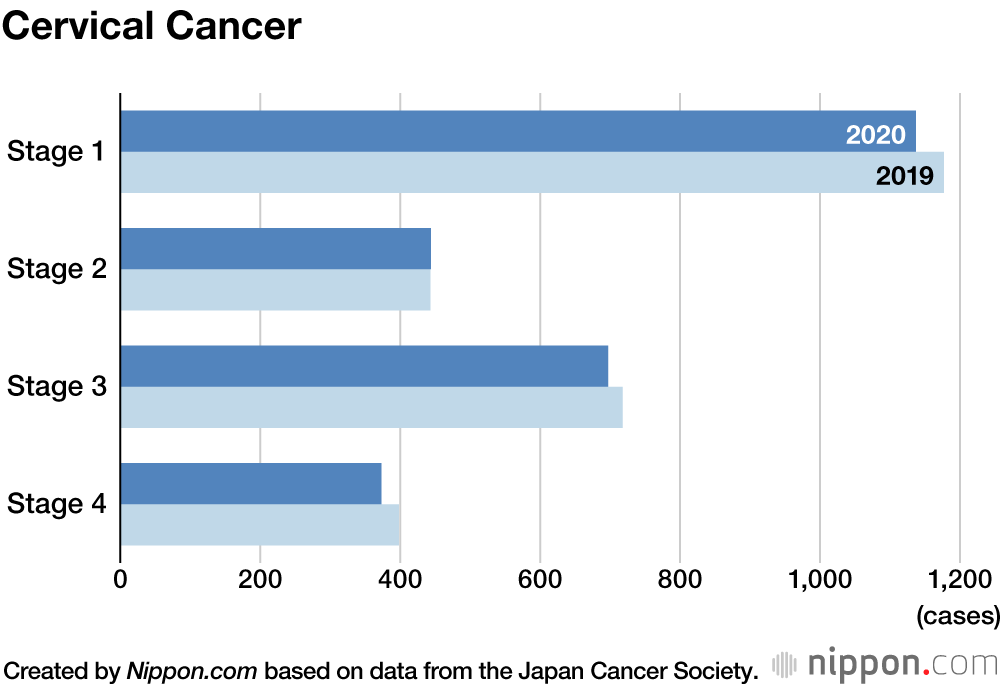