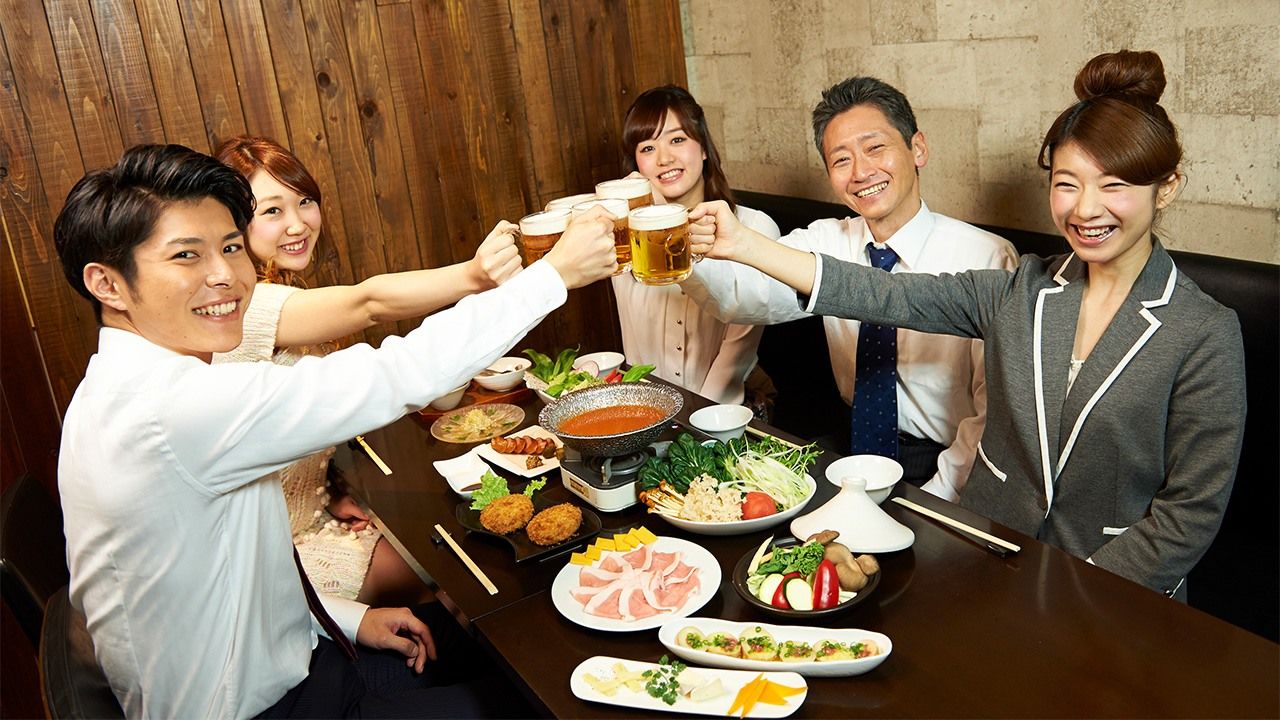 Economy Health Dec 8, 2021
Although Japan’s state of emergency was lifted as of the end of September, and many restaurants have returned to normal operations, end-of-year parties will not go ahead like in a typical year.

The dominant sentiment in Japan these days seems to be that even though COVID-19 infections are on a downward trend, end-of-year parties should be canceled in 2021, as they were the previous year.

A survey of 575 people from their twenties to sixties conducted by Tokyo-based Laibo found that only 12.9% of the respondents said that an end-of-year party would be held at their workplace, up slightly from the 7.7% in 2020, but only a fifth of the 65.5% in 2019, just prior to the pandemic. 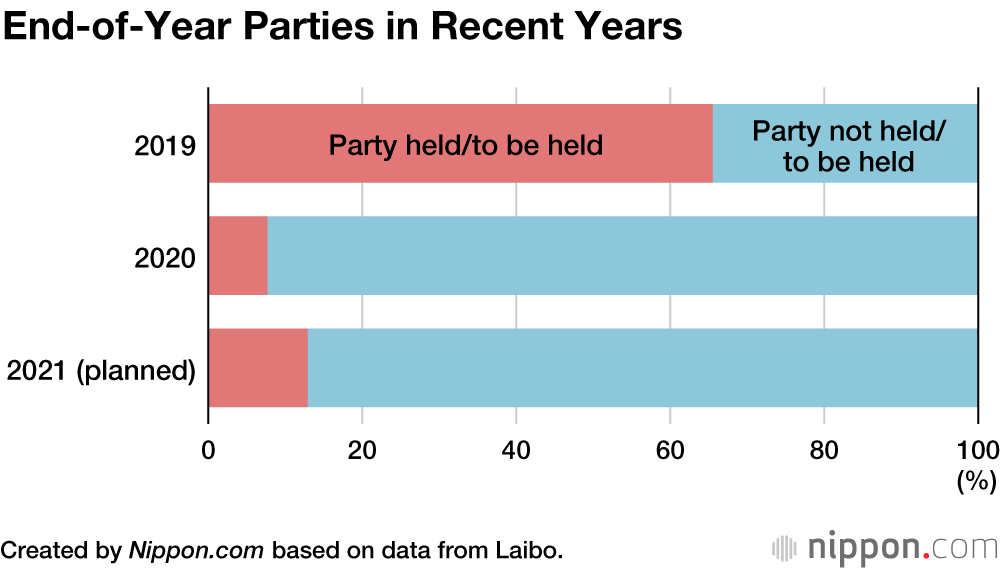 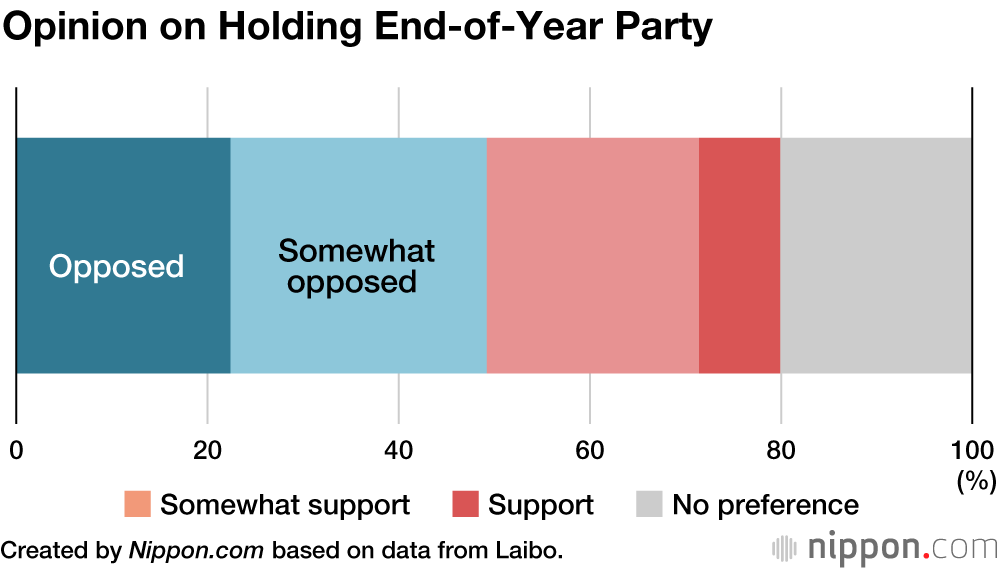 The most common reason cited for opposing a year-end party, at 55.2%, was the fear of spreading the COVID-19 virus. Although the virus is under control for the moment, a strong sense of caution prevails. Another reason for opposition cited by 45.2% of those surveyed was that it is bothersome to socialize at a party, reflecting how some are rethinking social customs as a result of the pandemic.

Meanwhile, many of the supporters of holding a party underscored the importance of face-to-face meetings and pointed to how a party can revitalize communication. 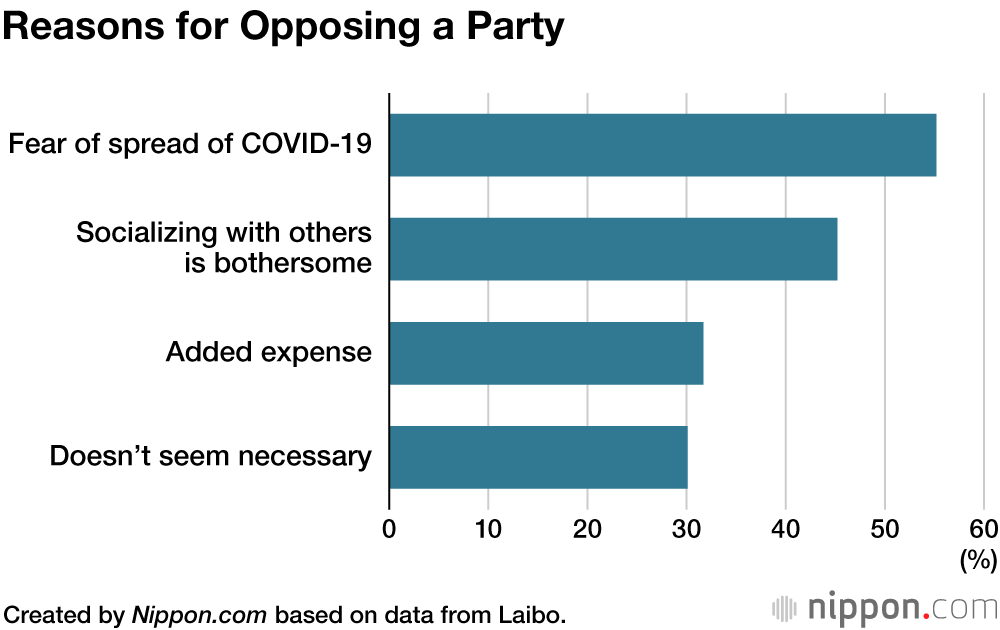 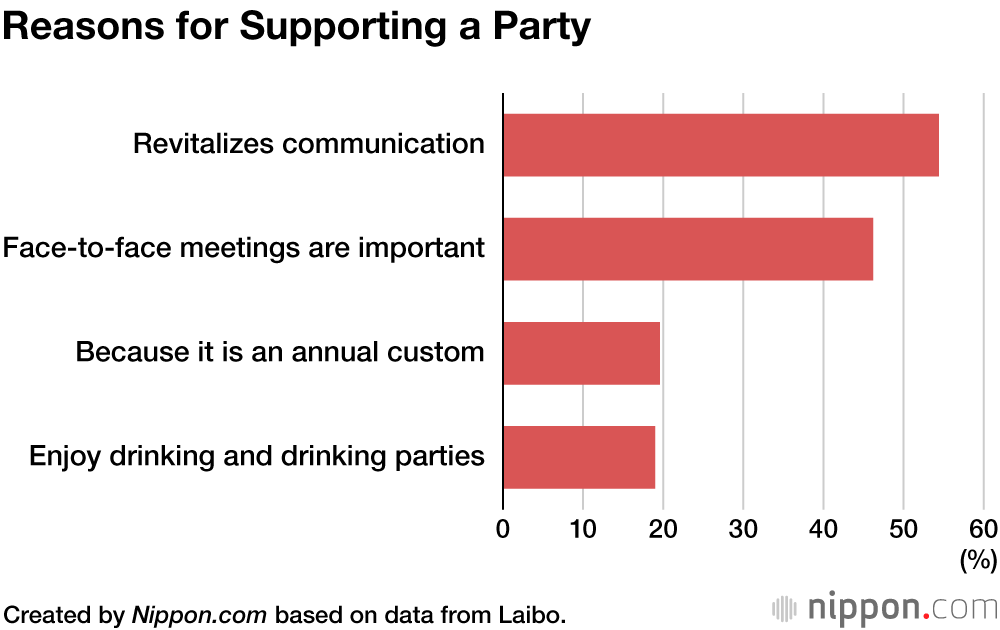 Laibo has interpreted the results of the survey as indicating changes in lifestyles and values as a result of the pandemic, and predicts that it is unlikely that pre-pandemic lifestyles will be resumed by the end of 2021.