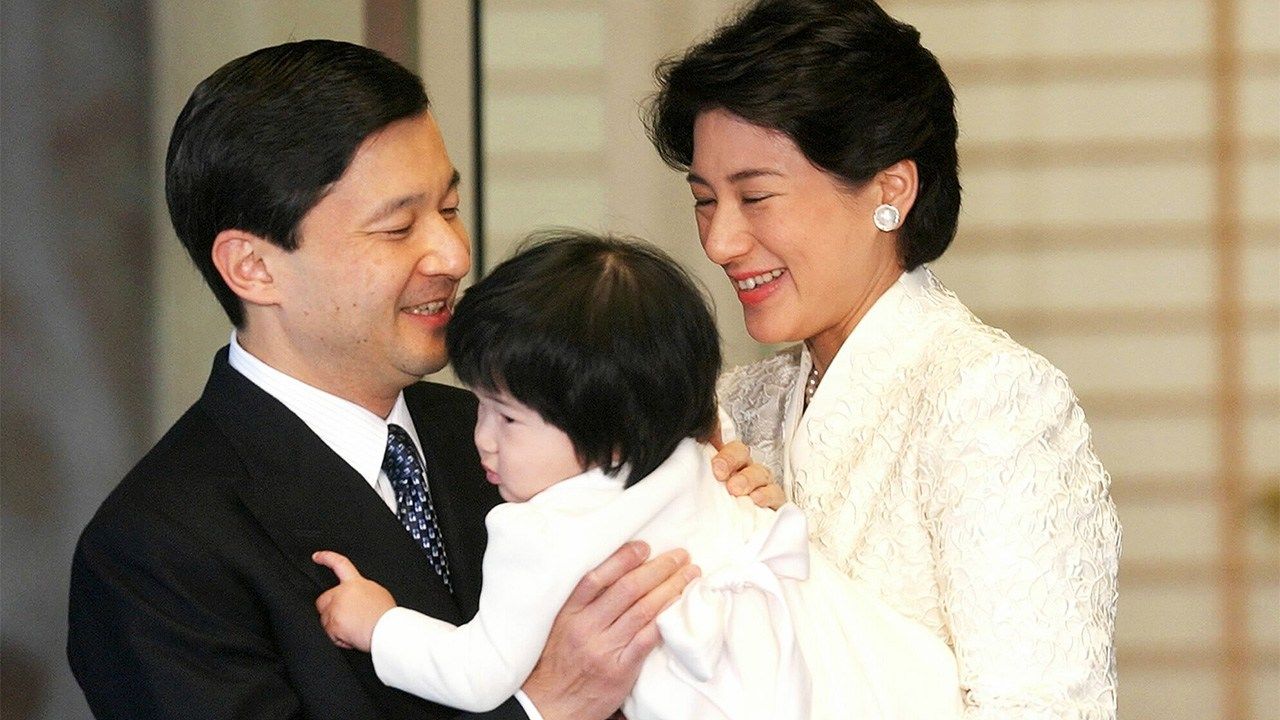 Imperial Family Culture Dec 1, 2021
Princess Aiko came of age on December 1, 2021, celebrating her twentieth birthday. A photo gallery takes a look back through the years.

Princess Aiko was born on December 1, 2001, to then Crown Prince Naruhito and Crown Princess Masako. The royal couple, now the emperor and empress of Japan, had wed eight years earlier, and news of the birth of the newest member of the imperial family thrilled people across the country. 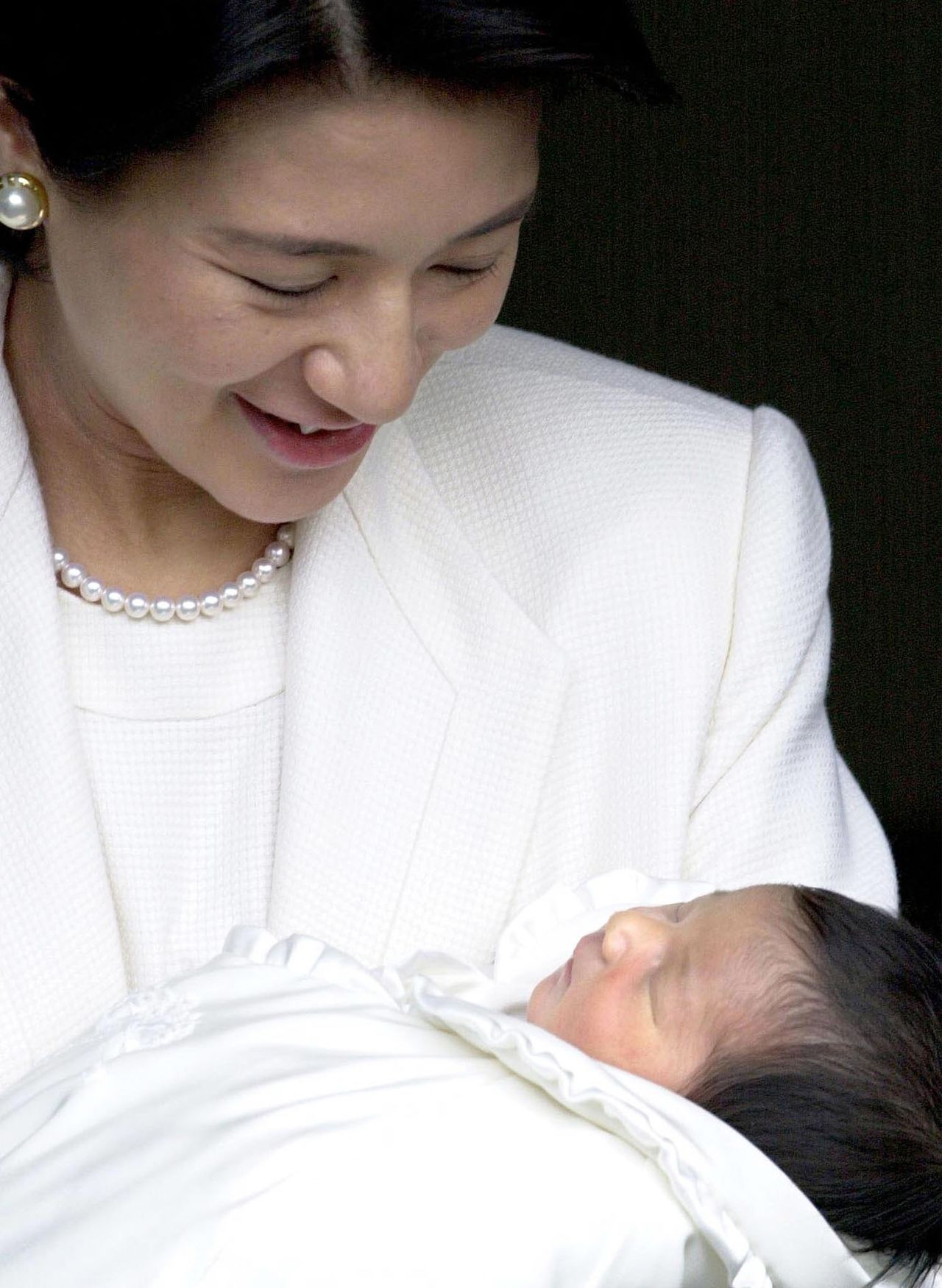 Around the age of five, children in the imperial family take part in a traditional ceremony known as the chakko-no-gi, wearing special clothing presented by the emperor and empress. 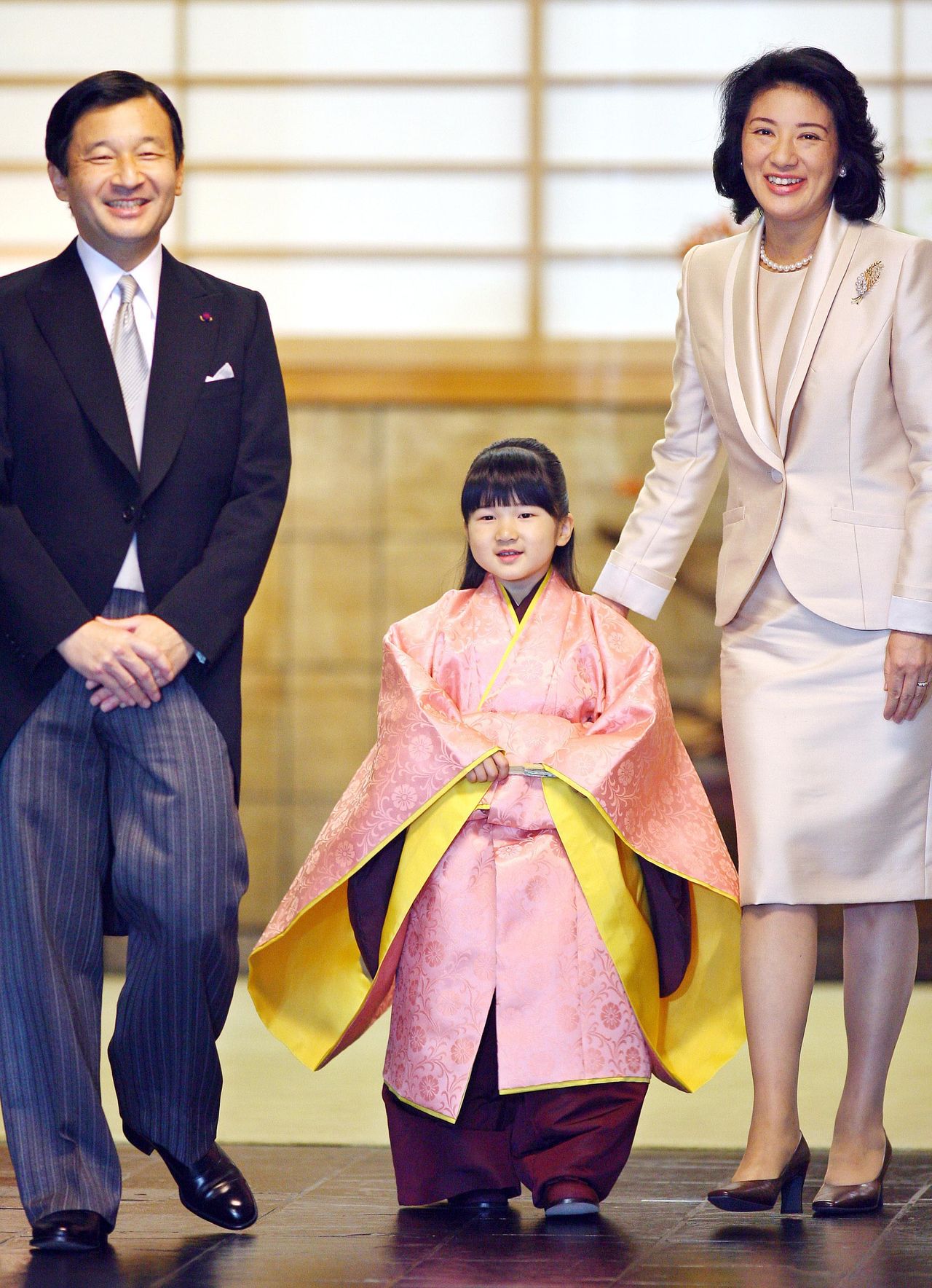 Empress Masako has been a great dog lover even before entering the imperial family. After she married Naruhito, the couple kept two puppies from a dog that strayed into the Akasaka Estate where they lived, naming the pair Mari and Pippi. Rescue dog Yuri joined the family in 2009.

Dogs regularly feature in photos of the emperor’s household, and Princess Aiko clearly shares her mother’s love for the animals. 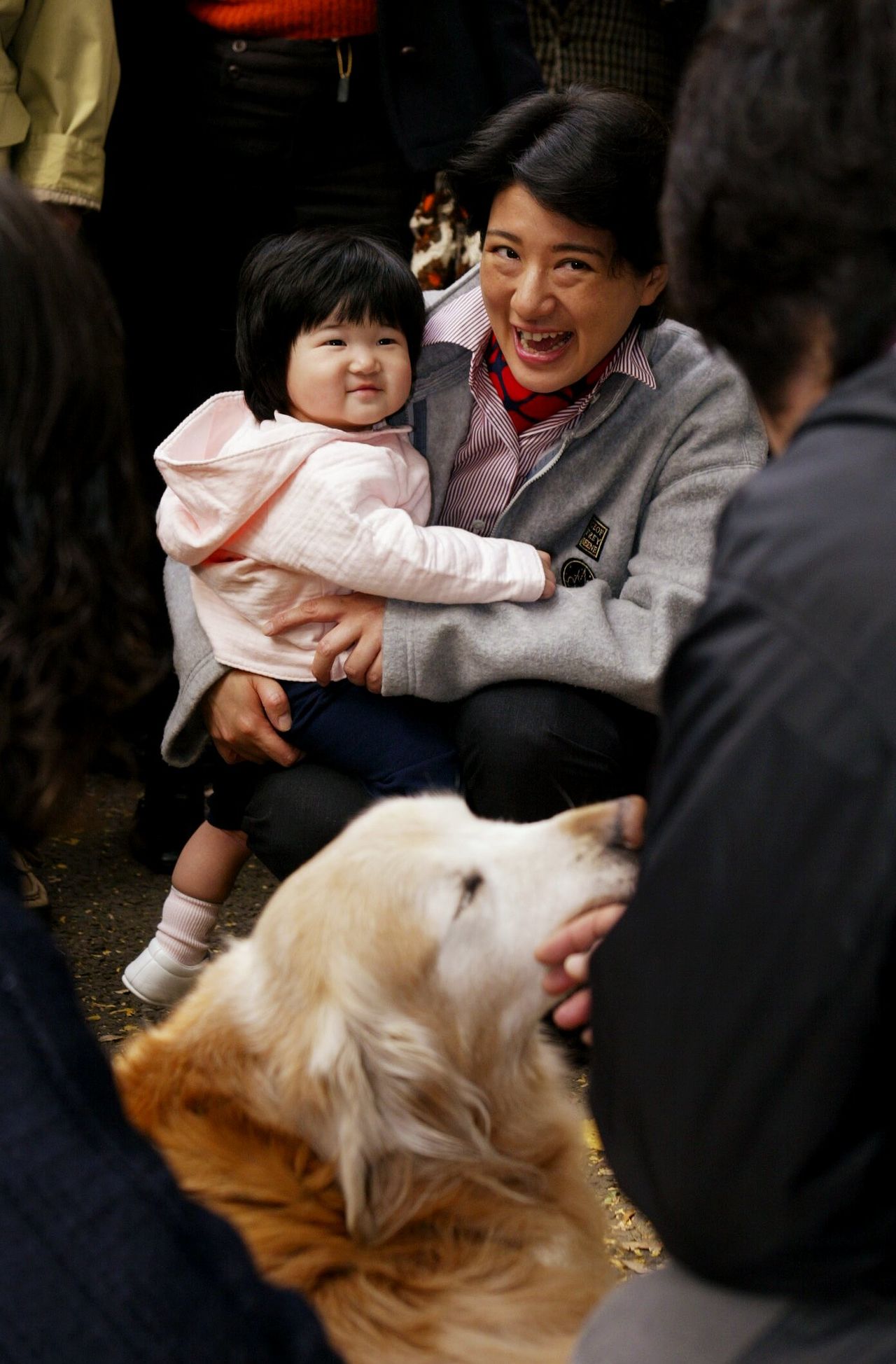 Crown Princess Masako and Princess Aiko are pleased to encounter a dog during a walk in the Meiji Shrine Outer Garden on November 21, 2002. (© Jiji) 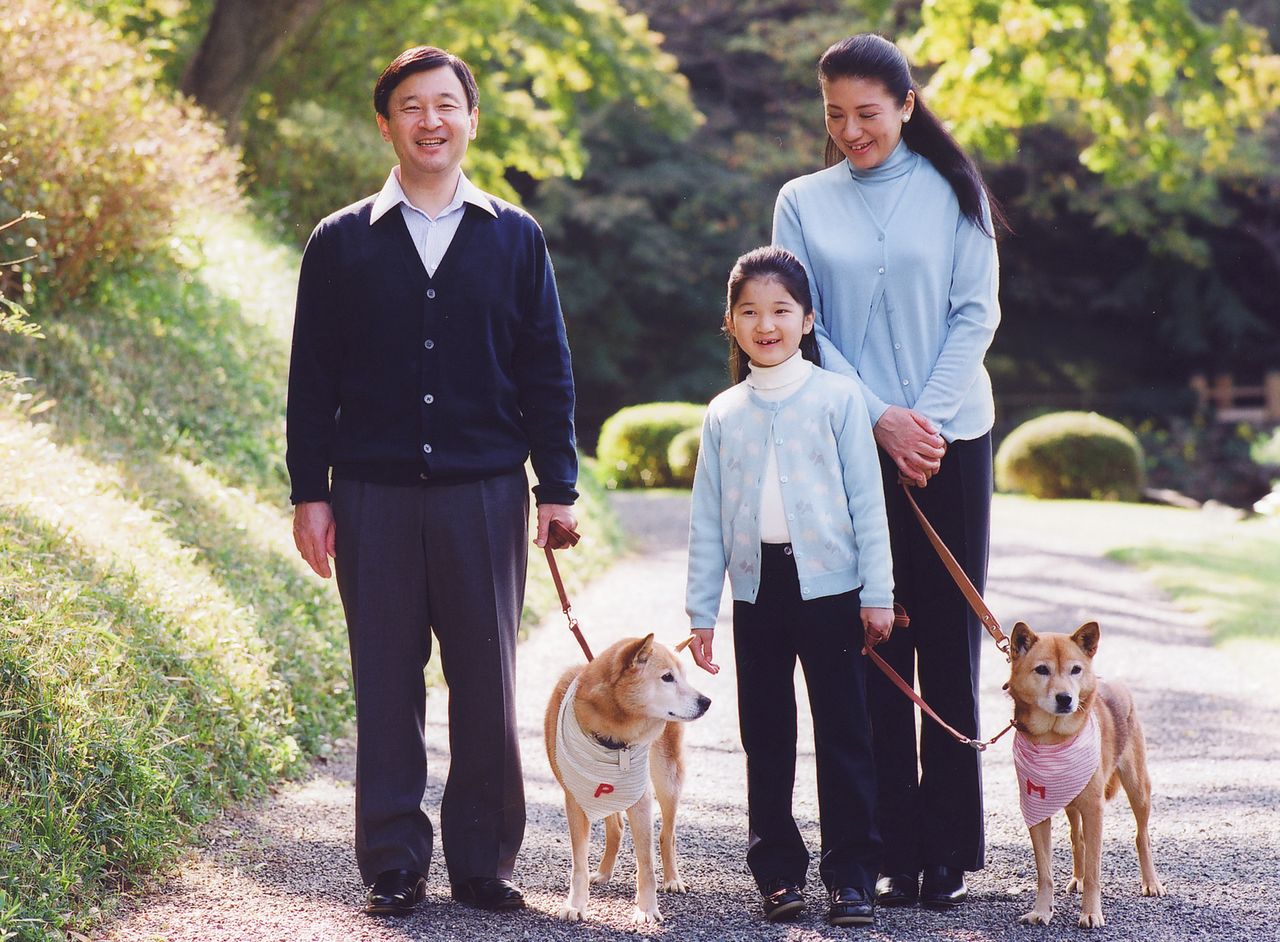 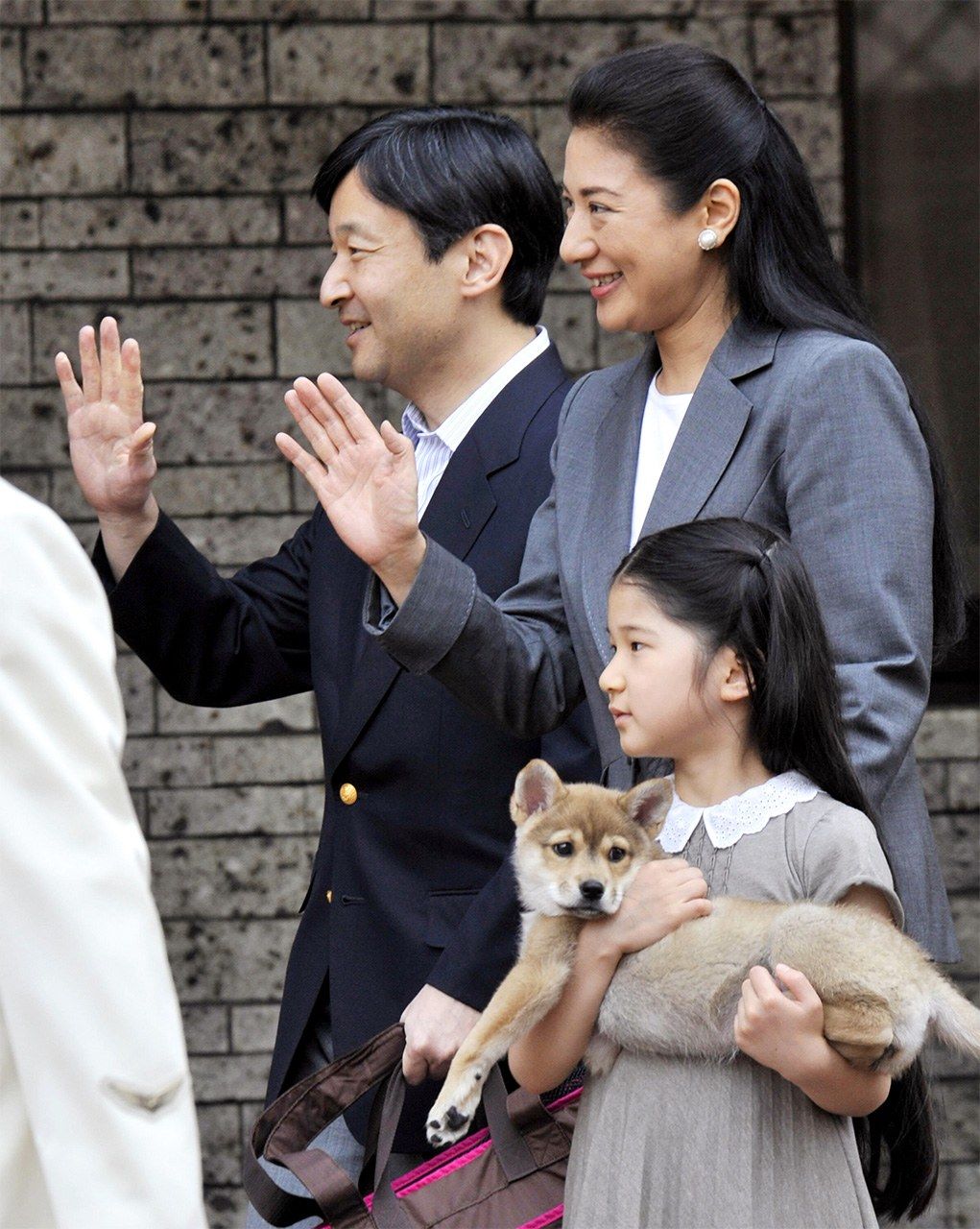 Princess Aiko holding Yuri, adopted as a rescue dog at the age of two months, on the way to the Imperial Stock Farm in May 2009. (© Jiji) 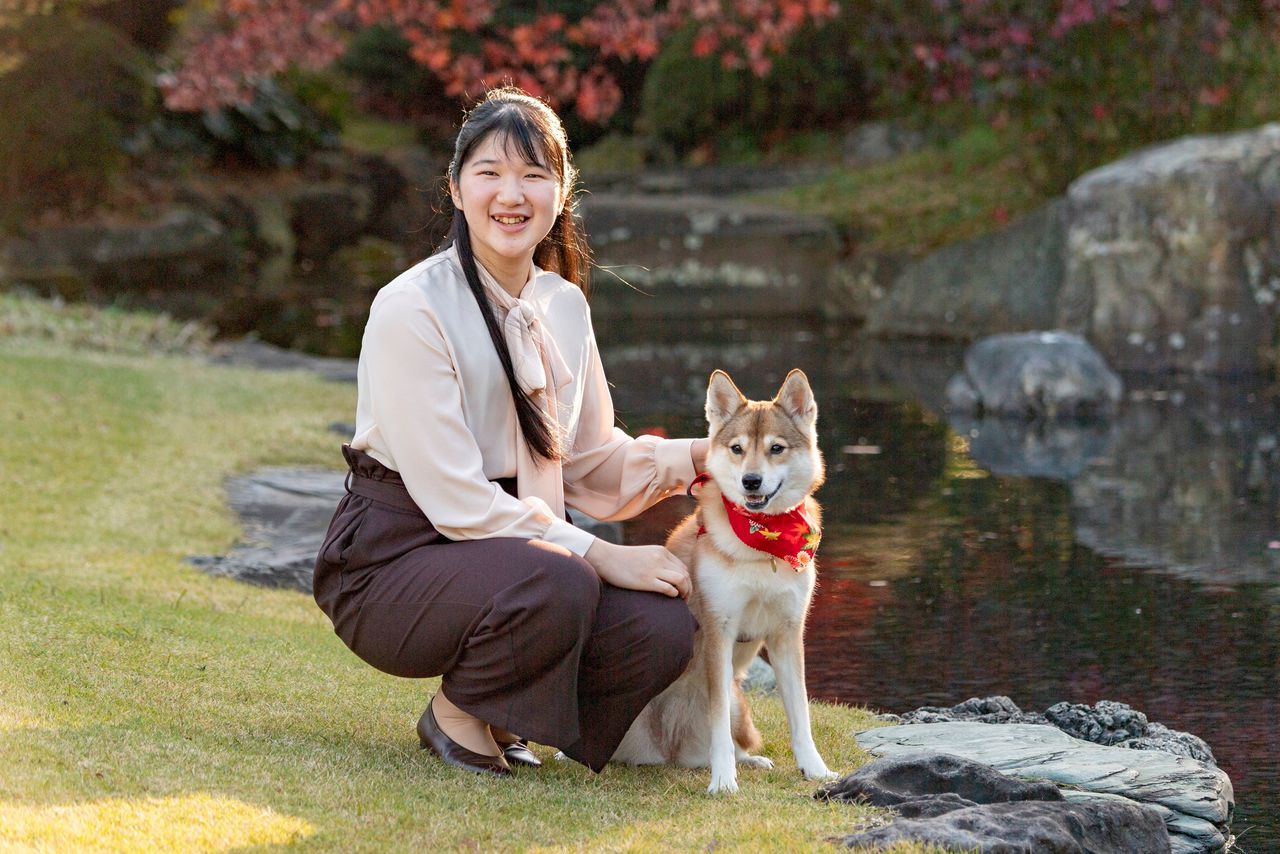 In 2008, she entered the kanji 犬, meaning “dog,” rendered with playful and lively strokes. Having learned calligraphy from her mother since she was very young, she has developed into a skilled calligrapher. 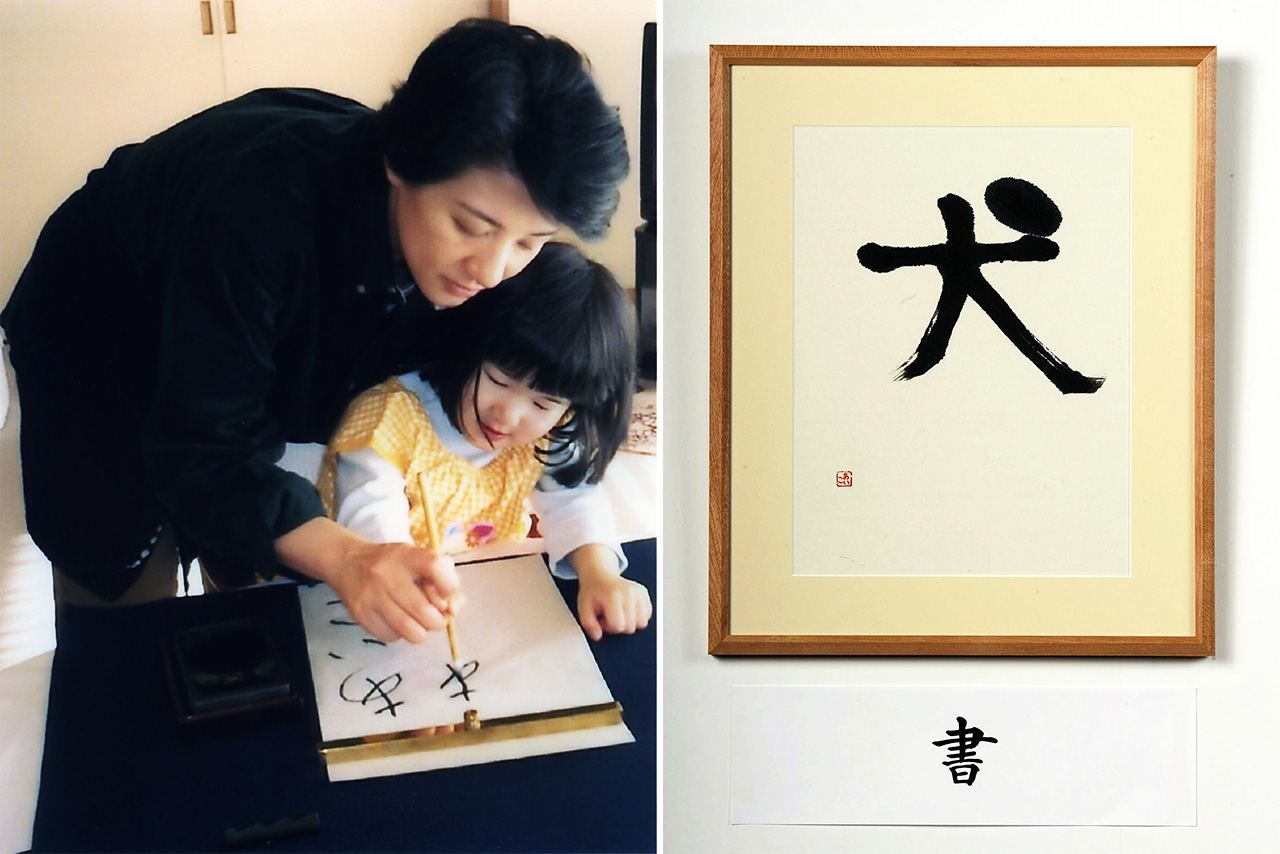 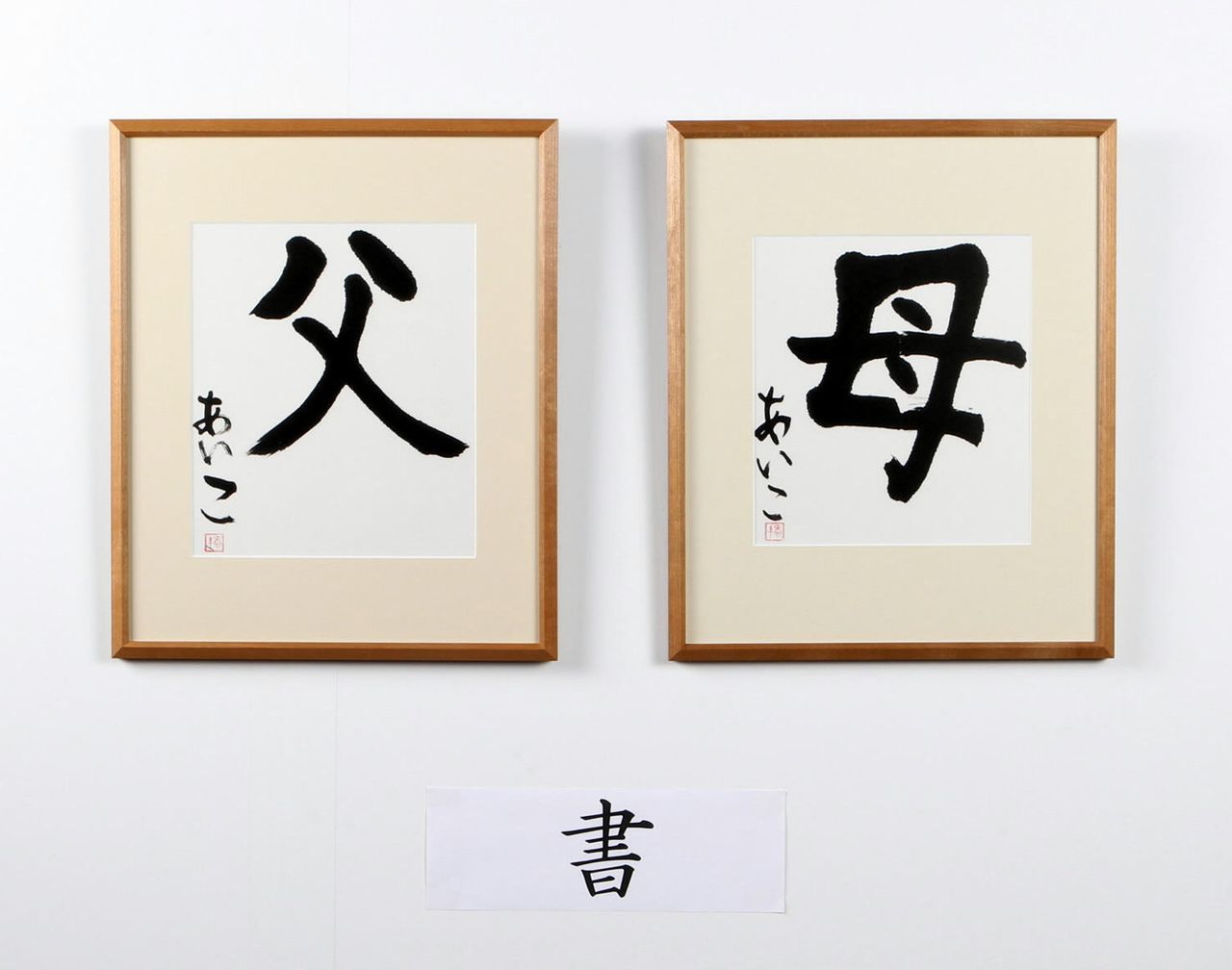 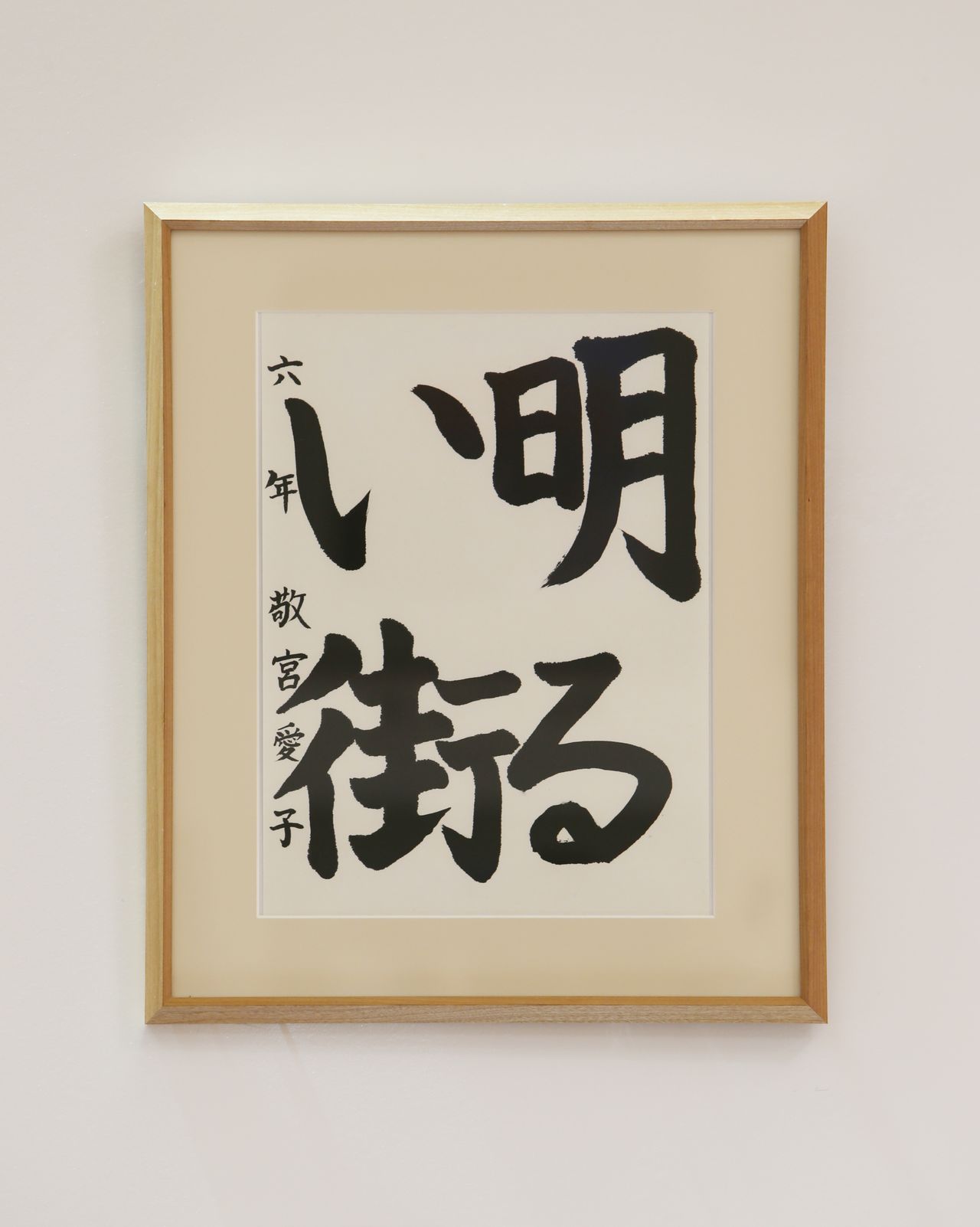 Princess Aiko’s calligraphy entry of the phrase “bright city” in the IHA staff culture and art festival in December 2013. (© Jiji)

A photo of Aiko at around the age of three or four shows her at a local children’s facility where she played with other children her own age, learning to express herself through art and music. 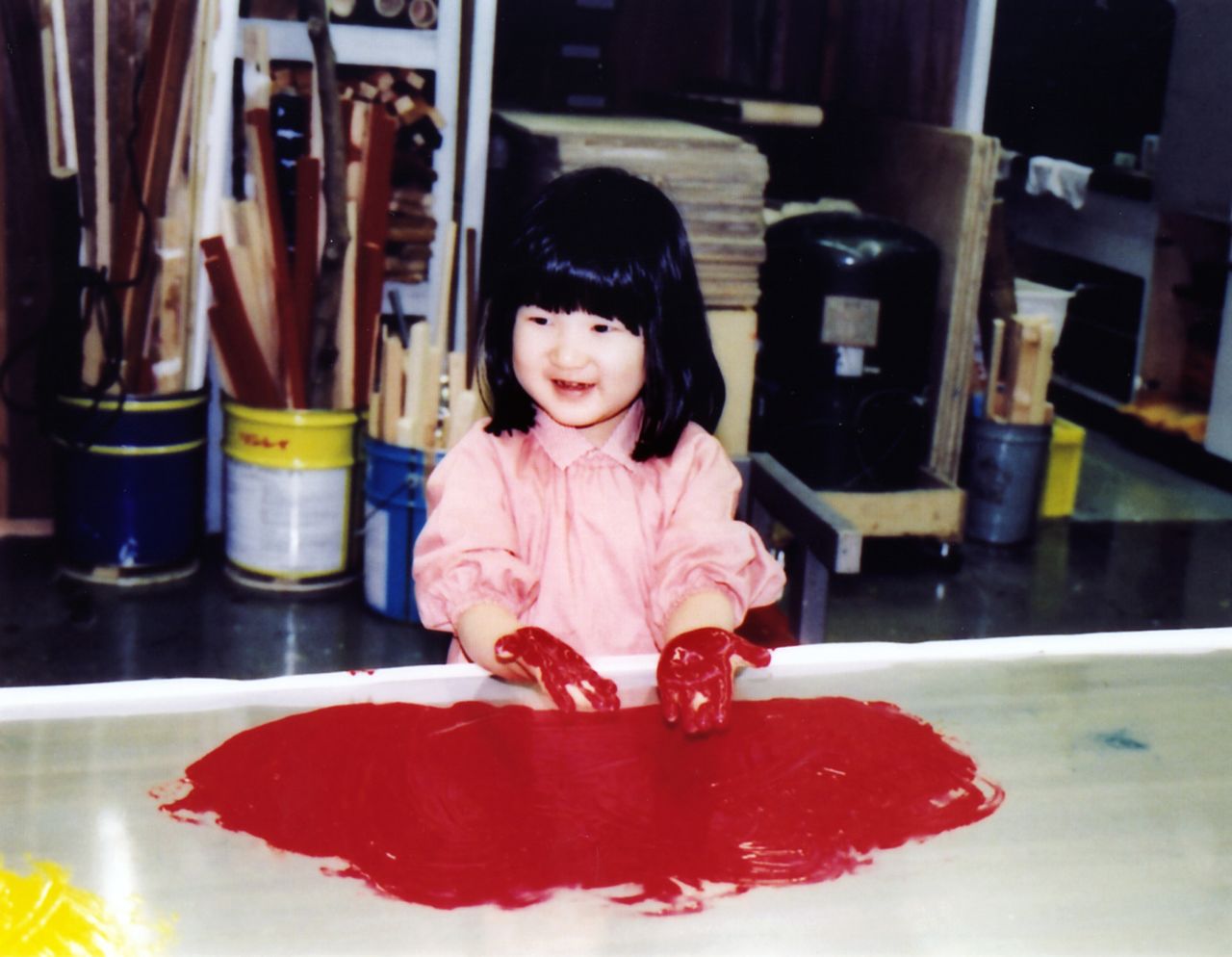 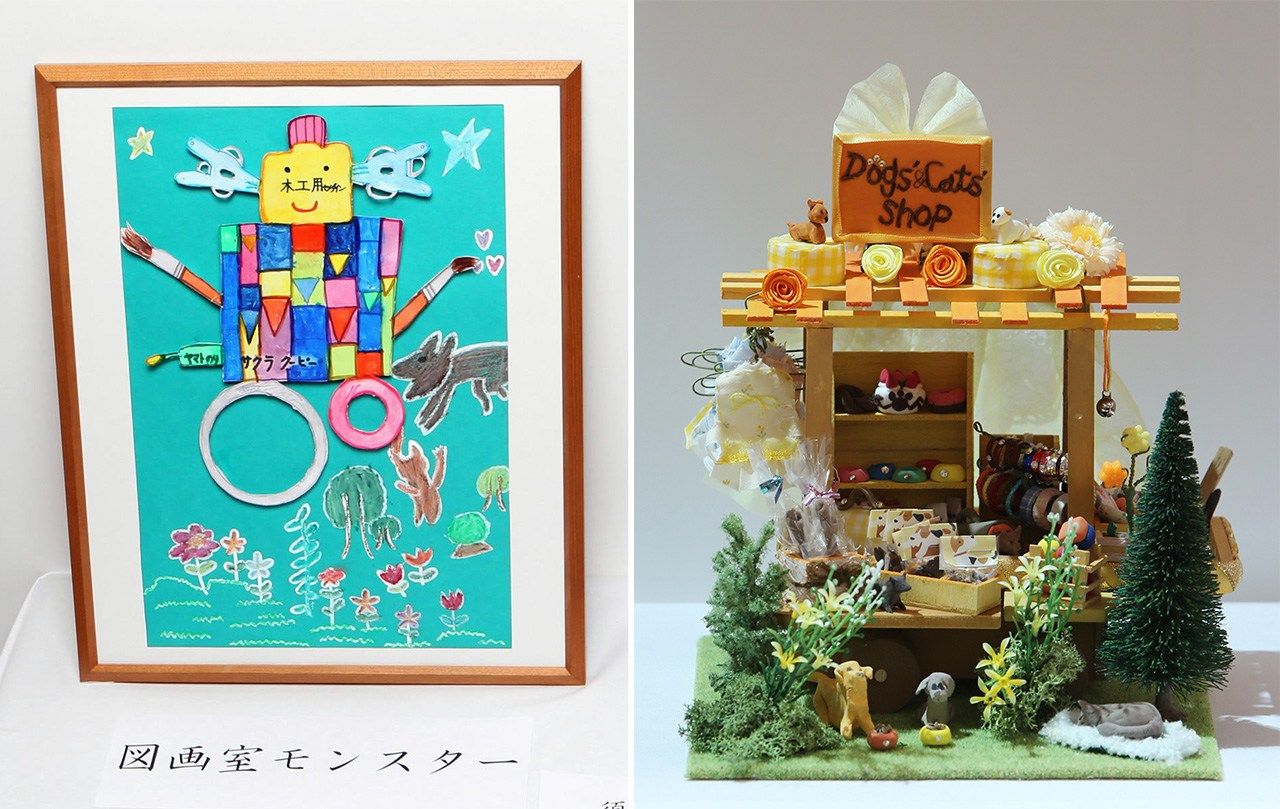 From elementary school, Princess Aiko has played the cello in the orchestra. In 2013, at a Gakushūin concert, she performed together with her father. 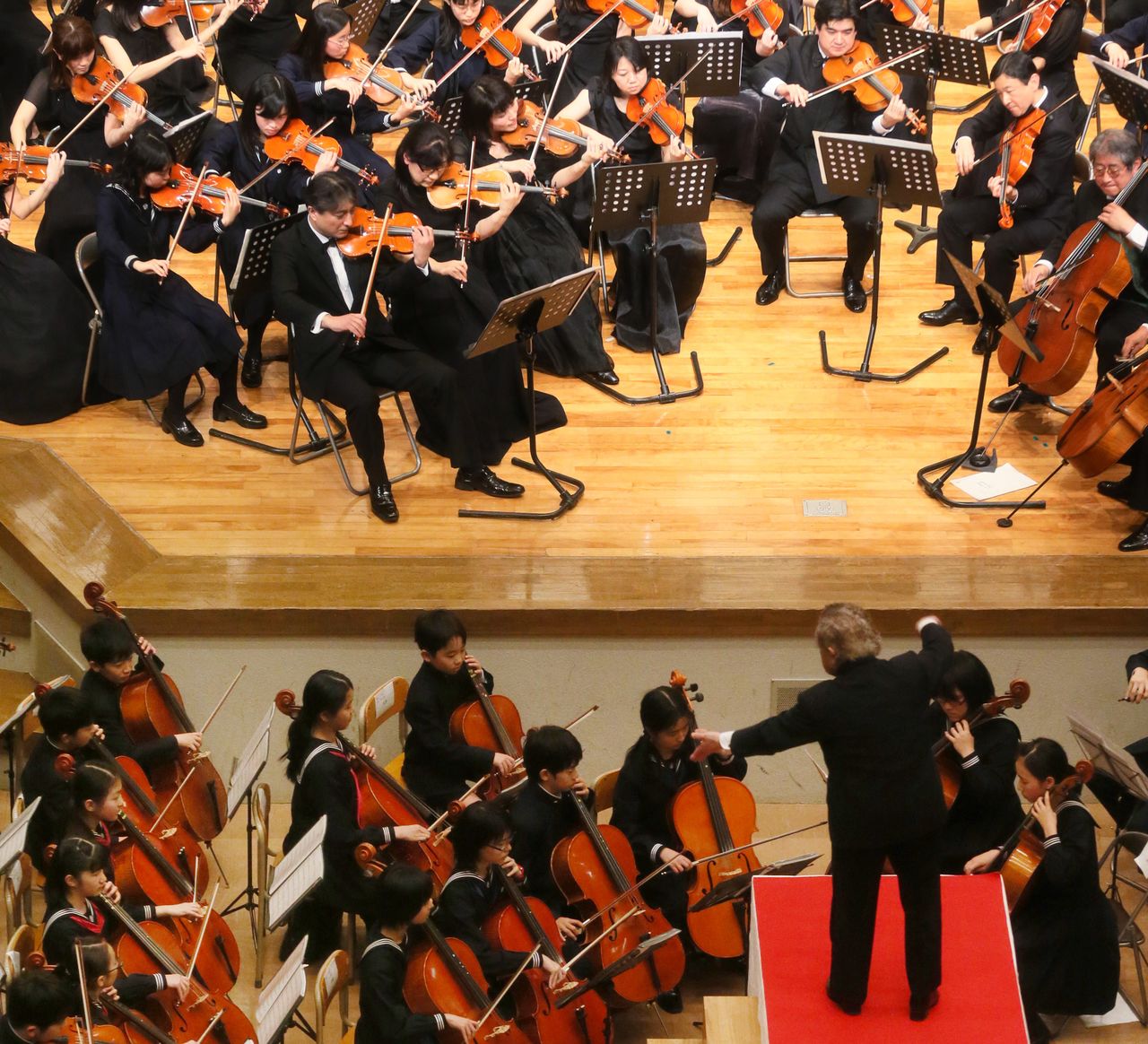 Crown Prince Naruhito (second from right on stage) and Princess Aiko (fourth from the stage at bottom left) perform together at a Gakushūin concert in April 2013. (© Jiji; pool photo)