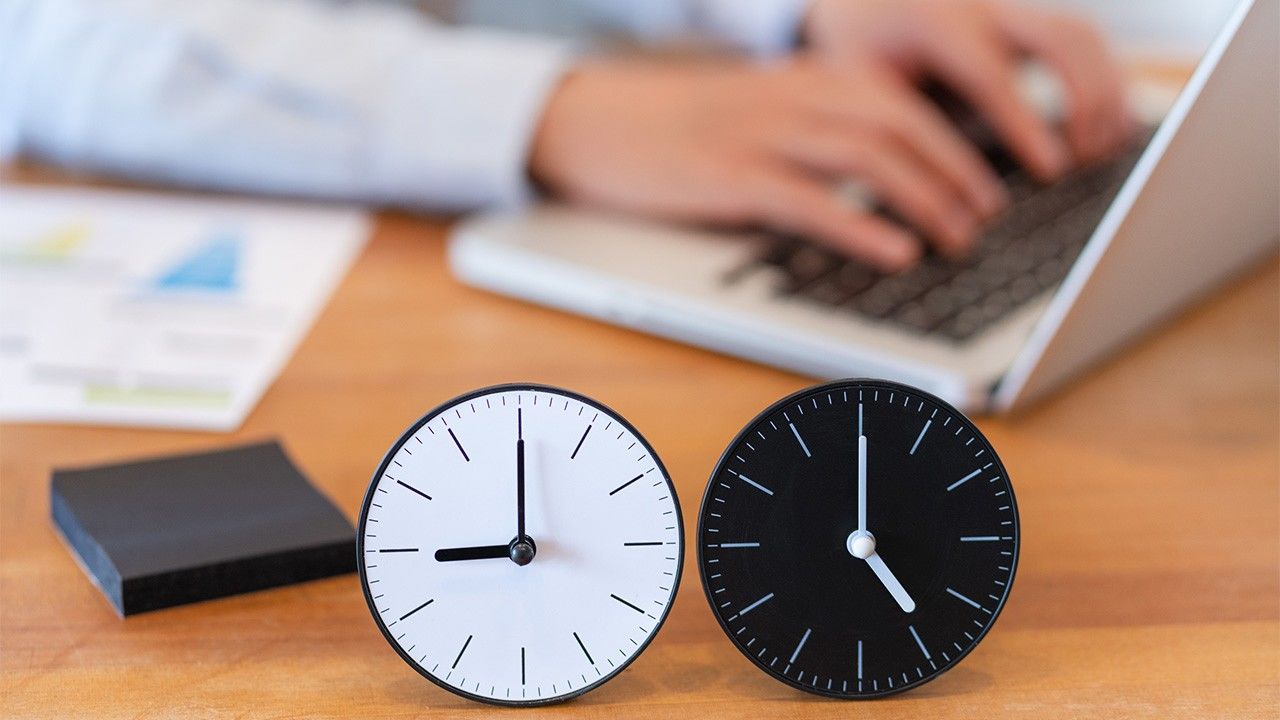 Japan ranks 23rd for labor productivity among the 36 nations of the Organization for Economic Cooperation and Development, according to the Japan Productivity Center’s International Comparison of Labor Productivity report. The ranking is based on OECD data, which shows that hourly labor productivity in Japan for 2020 was $49.5 per hour (equivalent in purchasing power to ¥5,086). Compared to 2019, Japan ranks two places lower, marking the lowest point since 1970, when comparisons between different countries were first made. In contrast, hourly labor productivity is more than double in Ireland and Luxembourg, where it stands at $121.8 and $111.8, respectively. Labor productivity indicates how many products and services can be provided by one employee in an hour, thus reflecting the efficiency of working conditions.

Even though economic activity was greatly restricted in Japan during 2020 due to the COVID-19 pandemic, the emphasis on maintaining employment through measures that included employment adjustment subsidies drove down productivity, leading Japan to fall in the ranking. 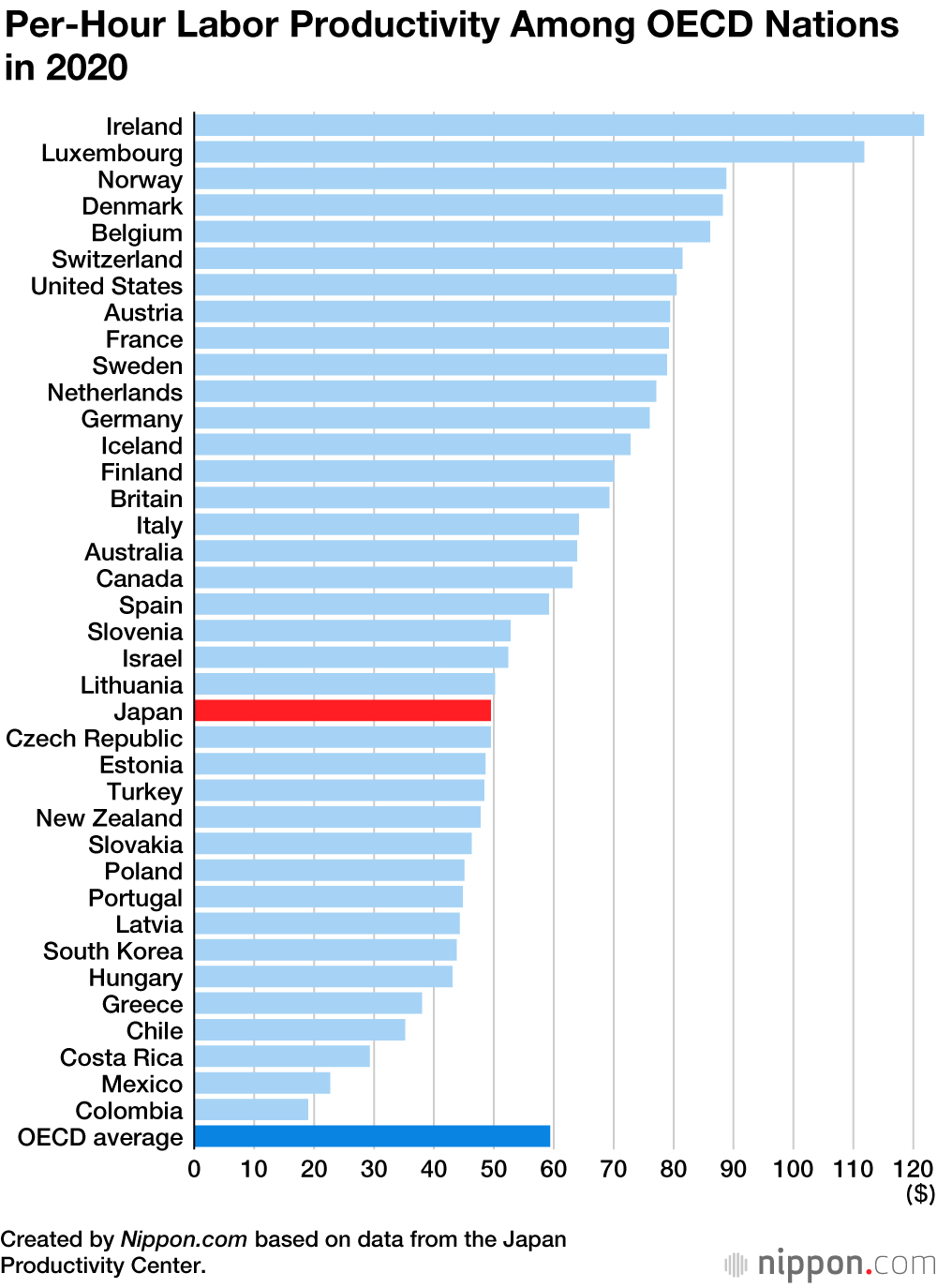 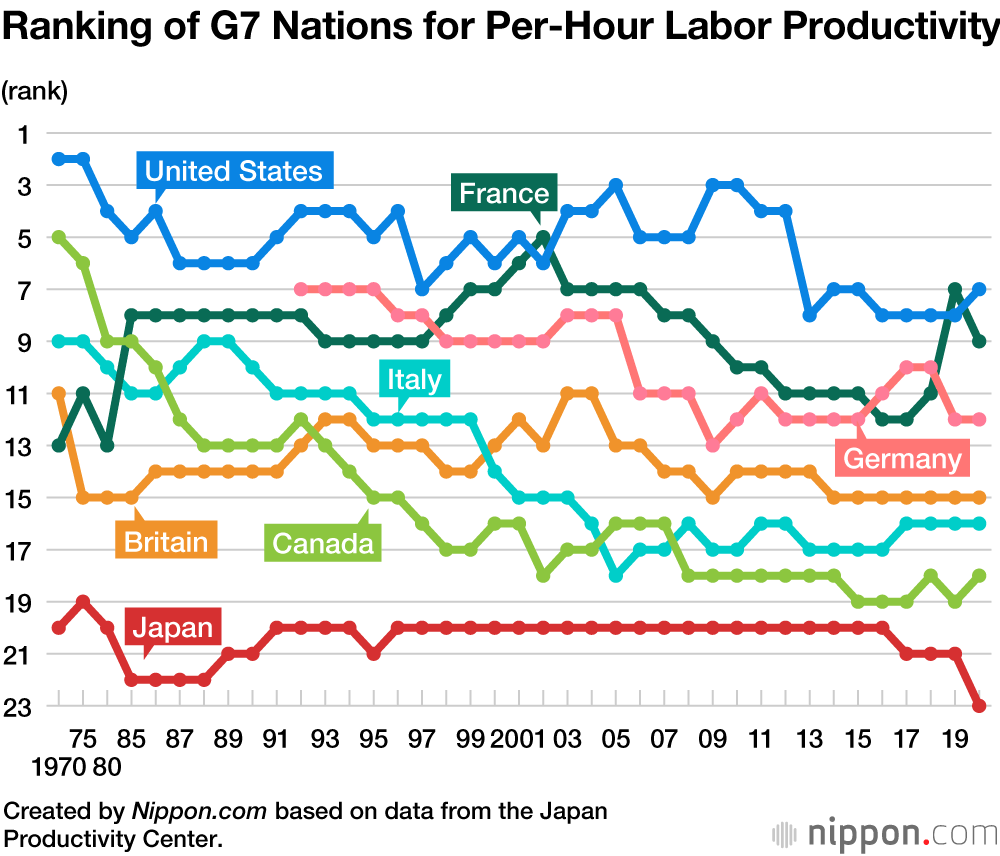