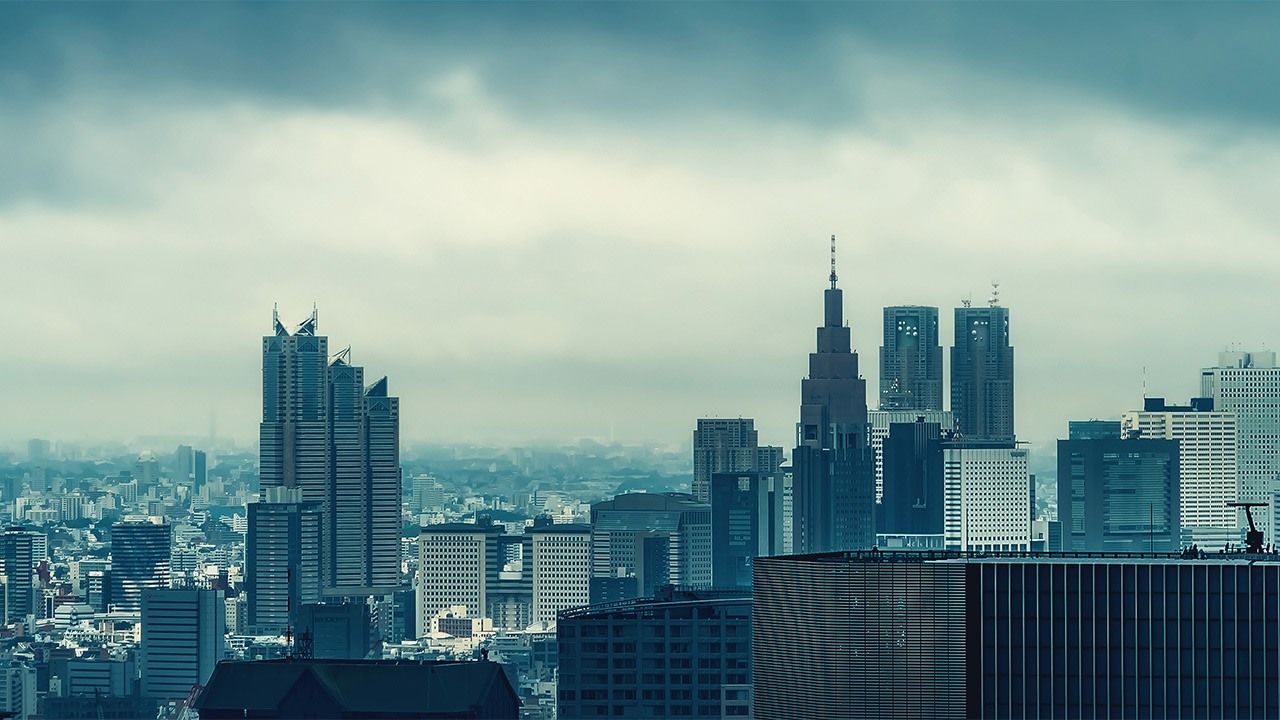 Economy Politics Jan 17, 2022
Japan’s initial budget for fiscal 2022 is a record ¥107 trillion, weighed down heavily by an increase in spending on social security expenditures due to the graying population.

Social security spending, which accounts for about one-third of all expenditures, increased by ¥439.3 billion at the beginning of the previous fiscal year to ¥36.3 trillion. Defense expenditures marked a record high for the eighth consecutive year, increasing by 1.0% to ¥5.4 trillion, mainly due to an increase in research and development expenses, such as the development of a next-generation fighter jet. Although the situation for the COVID-19 pandemic has improved, due in part to the spread of the omicron variant in Japan, ¥5 trillion is set aside to deal with the situation, as in the current year.

Meanwhile, government revenue is forecasted to reach a record high of ¥65.2 trillion, which is ¥7.8 trillion more than the projected revenue in the initial budget for fiscal 2021. Revenue from corporate and income taxes is expected to increase due to a recovery in corporate earnings following the pandemic slump. Nevertheless, the government will still need to rely on debt to cover its expenditures, requiring the issuance of ¥36.9 trillion in new government bonds. The bond dependency ratio (the ratio of debt to revenue) is 34.5%. 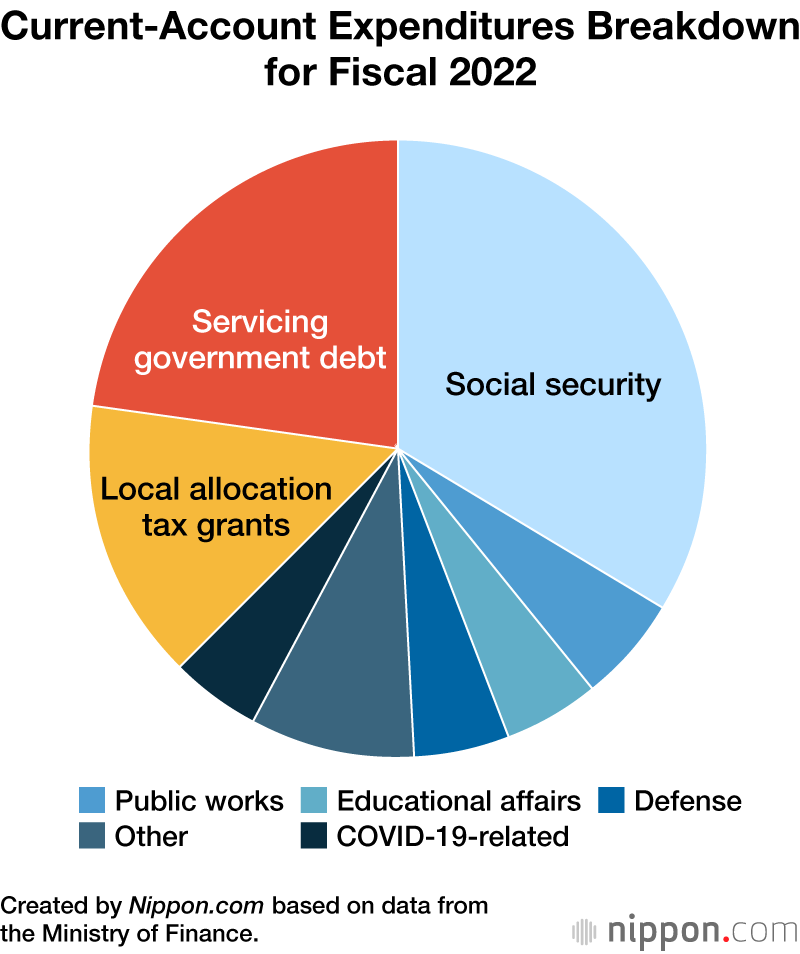 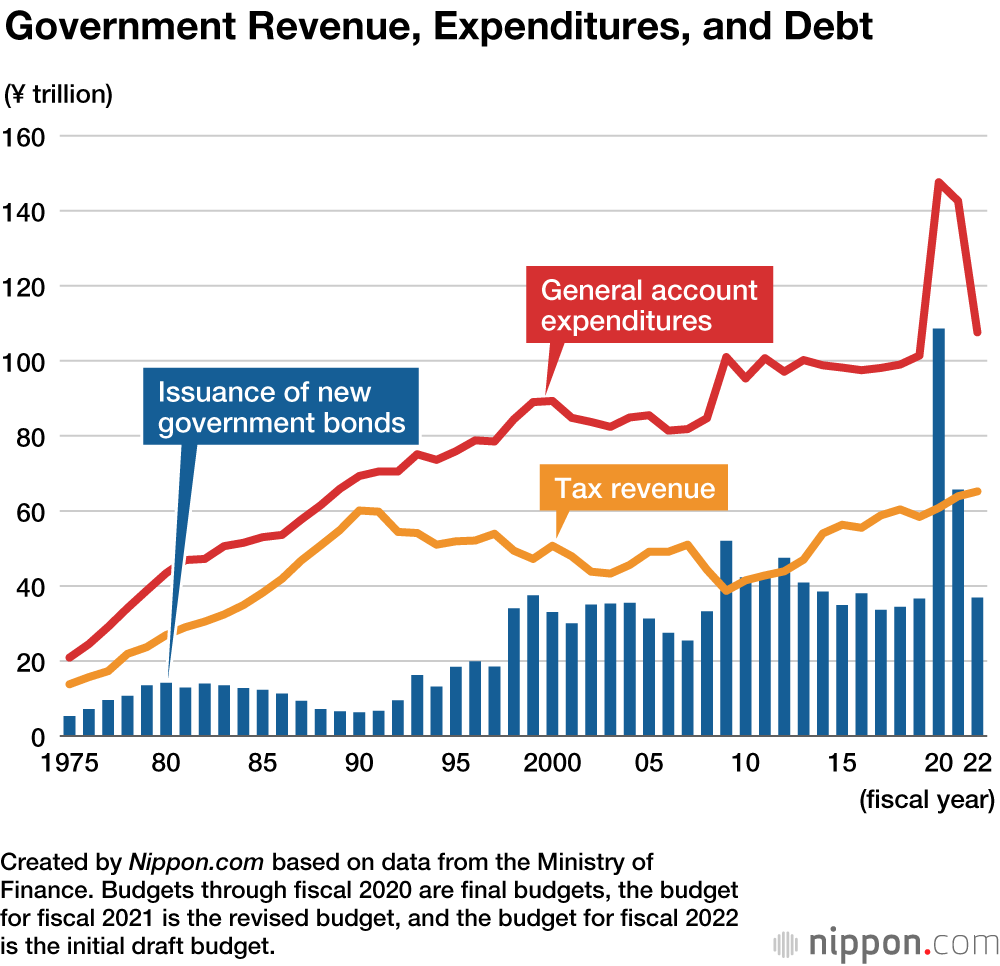 The gap between tax revenue and expenditures was relatively small until the 1980s, so that the issuance of JGBs did not exceed ¥15 trillion annually. However, in the wake of the collapse of the bubble economy and the prolonged economic stagnation that ensued, the balance of payments deteriorated amidst repeated fiscal stimulus packages and tax-reduction policies. The government bridged the gap by increasing the issuance of JGBs.

In the 2010s, tax revenue began to recover and then a consumption tax increase was implemented in October 2019, but spending ballooned in fiscal 2020 and 2021 due to economic measures to deal with the COVID-19 pandemic, forcing the additional issuance of JGBs. Government debt is expected to reach ¥1,026 trillion by the end of fiscal 2022. While economic policies have kept interest rates extremely low, if they rise due to changes in economic conditions, the burden of interest payments would become even heavier. 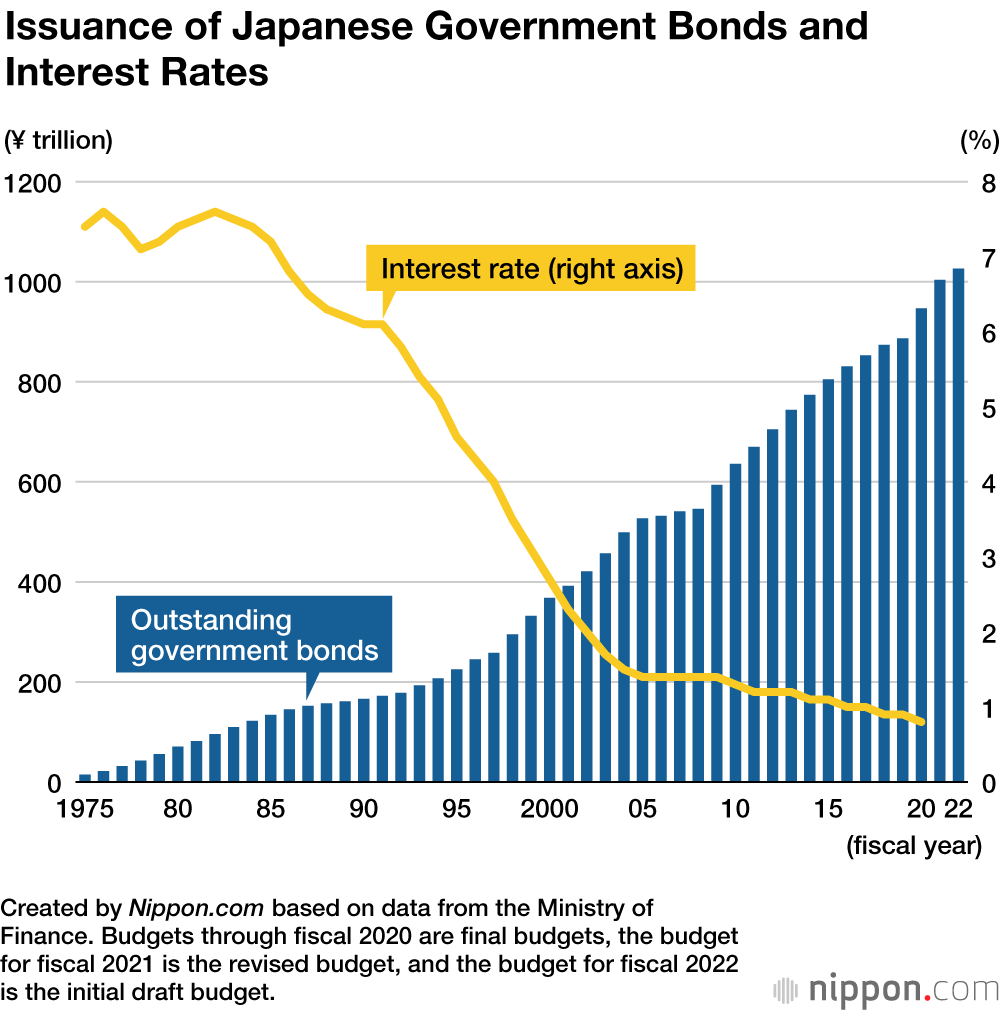