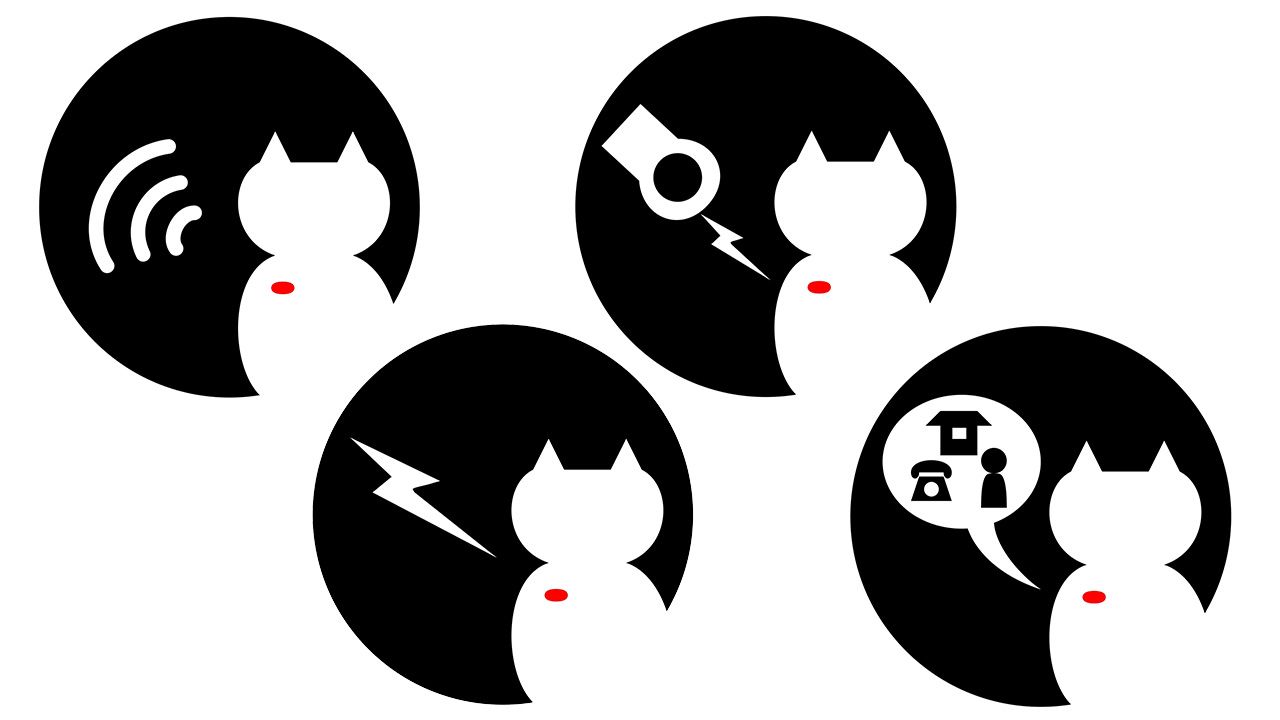 Lifestyle Family Jan 31, 2022
It will become mandatory for breeders and pet stores in Japan to implant microchips in dogs and cats from June 2022. Current owners of pets are also being asked to complete the procedure, but the majority of them are opposed to doing so.

When Japan’s revised Act on Welfare and Management of Animals comes into effect in June 2022, it will become mandatory for dogs and cats sold by breeders or pet stores to have a microchip implanted that records the owner’s information. This is a cylindrical device about 2 millimeters in diameter and 12 millimeters long that is implanted into the body of the animal by a veterinarian using a syringe. Information regarding the owner can be verified when the chip is read using a special device. In addition to preventing the abandonment of pets, the chip is useful for finding lost pets following a natural disaster.

An online survey of 2,000 persons conducted by Japan Trend Research, operated by Nexer, revealed a lack of awareness regarding the revised law, with 76.3% of respondents stating that they were not aware of the new requirement to implant microchips in dogs and cats. 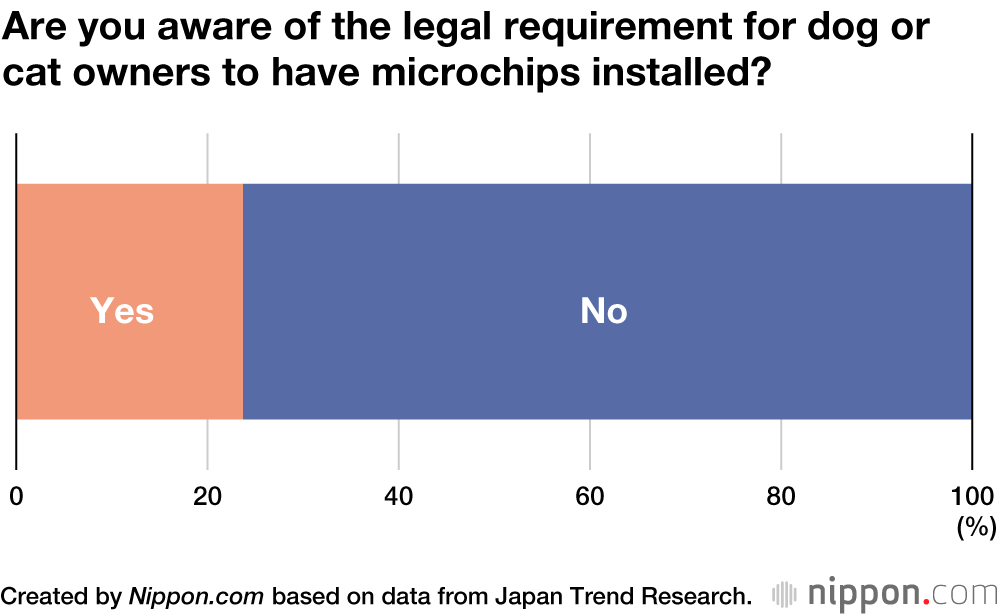 Among 2,000 persons surveyed, only 24.5% of the 433 current owners of a dog or cat (including those with multiple pets) said that they had had a microchip implanted in their pet. 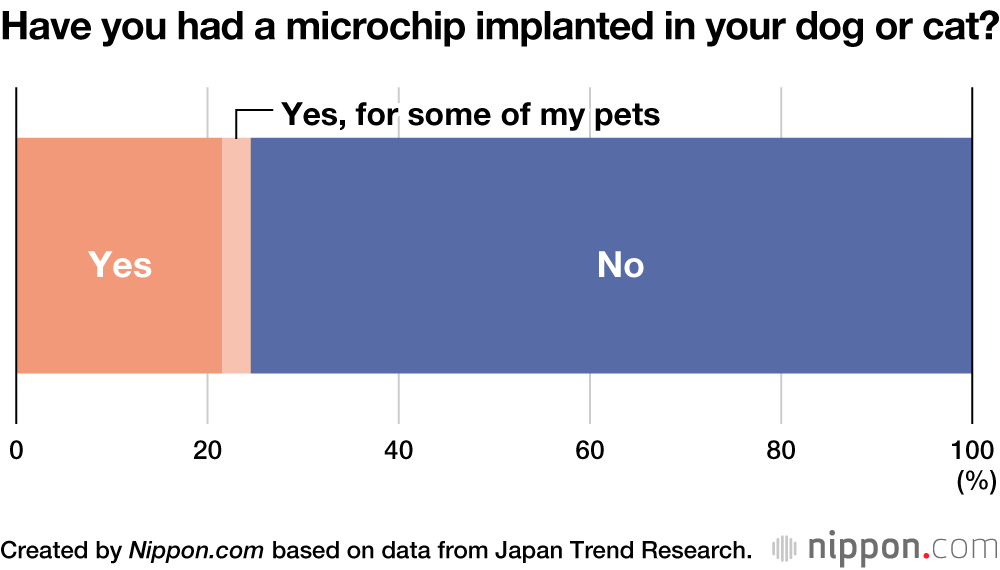 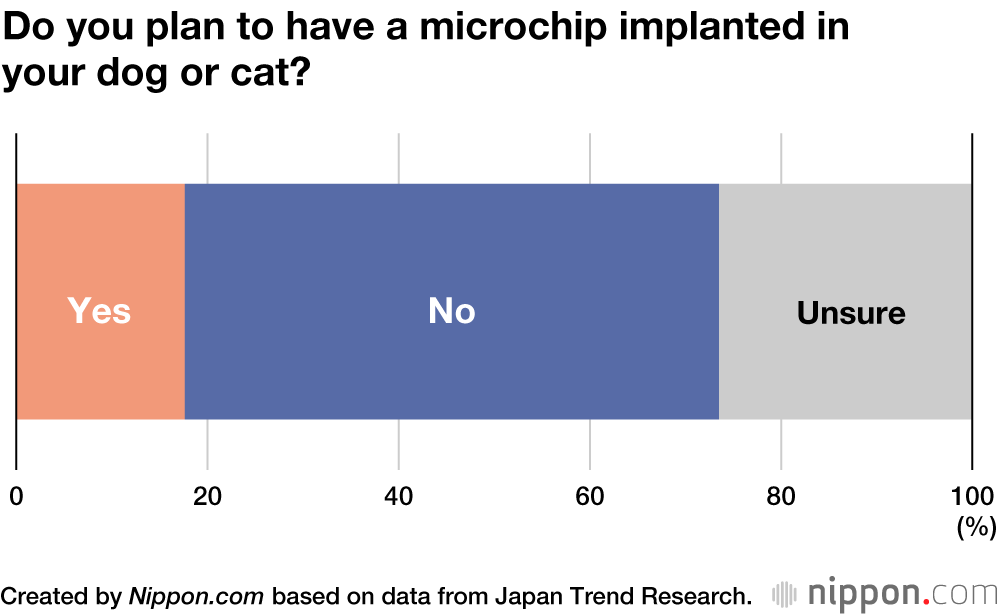 Reasons cited for not wanting to have a chip implanted included the following: “It is immoral to implant a chip in a living being” and “My pet is always inside and I’m also worried about some problem arising from implanting a foreign object in the body of my pet.” Those who said they are unsure about whether to have a chip implanted or not included those who were concerned about the effect on the pet or were weighing up the cost.