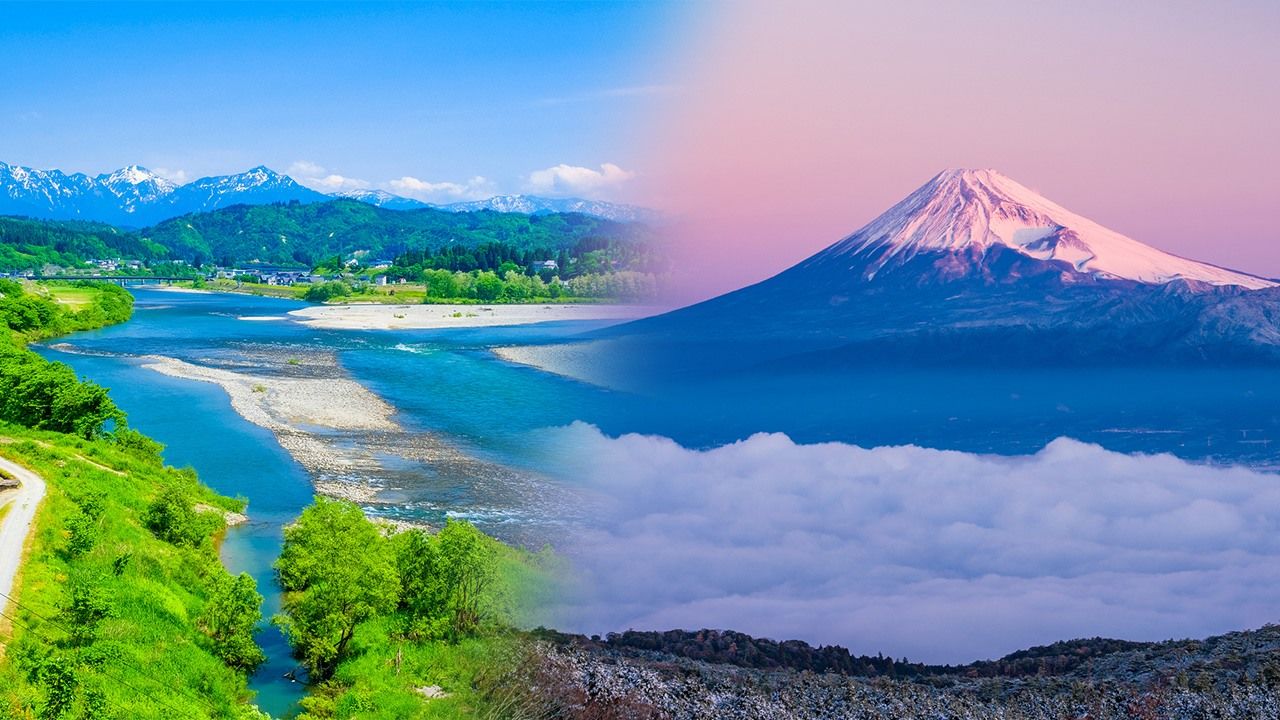 Environment Feb 2, 2022
A listing of the highest mountains and longest rivers in Japan.

Mount Fuji is Japan’s highest mountain at 3,776 meters, and an internationally recognized icon. Overall, the country has 23 mountains with an elevation of more than 3,000 meters, all of which can be found in Yamanashi, Nagano, Shizuoka, and Gifu prefectures. On April 1, 2014, the Geospatial Information Authority of Japan revised the elevation results of triangulation points across Japan to new values, in line with the development and increased use of new surveying technology, such as the Global Navigation Satellite System. This led to Mount Aino, which had been listed as the fourth highest mountain, gaining an extra meter to tie with Mount Okuhotaka as third highest.

Japan’s longest river is the Shinano River, which originates from Mount Kobushi on the border of Yamanashi, Saitama, and Nagano Prefectures and flows into the Sea of Japan. Known as the Chikuma River in Nagano, it changes name to the Shinano from the border of Niigata. Five of the longest rivers—the Shinano, Ishikari, Teshio, Mogami, and Agano—flow into the Sea of Japan. The Tone, Kitakami, Abukuma, Kiso, and Tenryū all flow into the Pacific Ocean.

The 10 highest mountains and the 10 longest rivers are all located in eastern Japan.

Created by Nippon.com based on data from the Geospatial Information Authority of Japan website.

Created by Nippon.com based on data from the Ministry of Land, Infrastructure, Transport, and Tourism website.