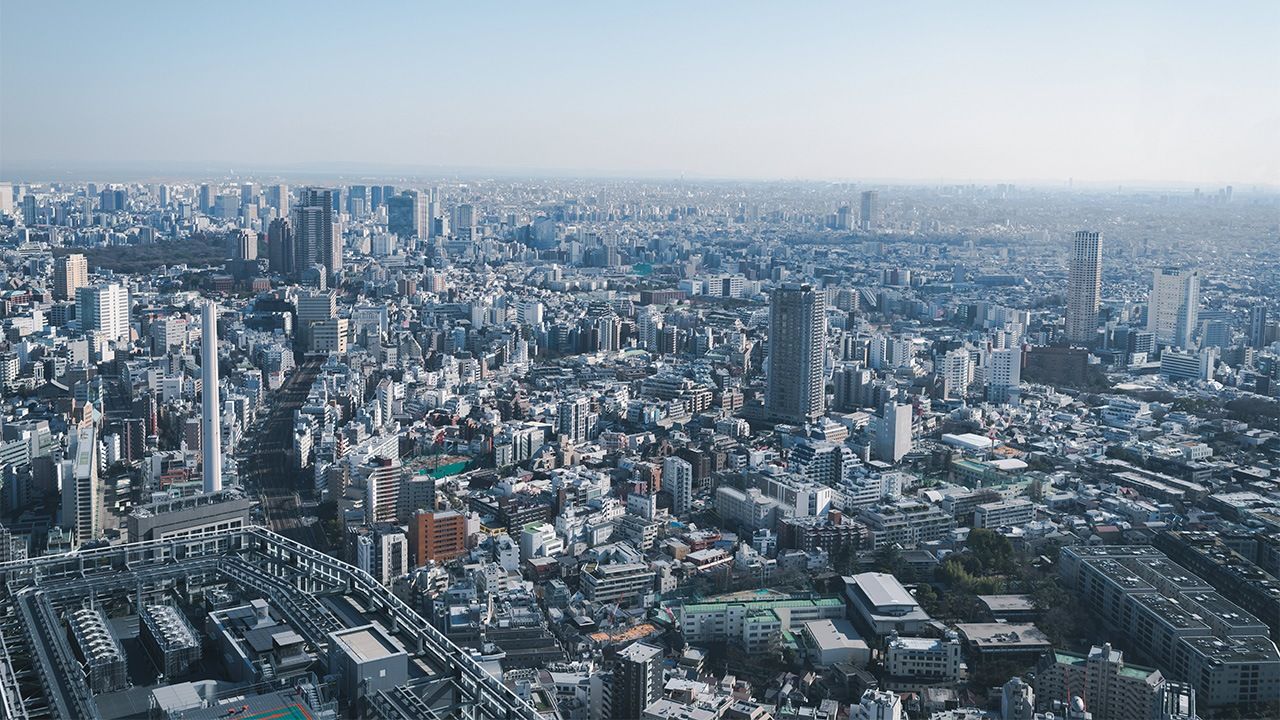 Pace of Population Flow into Tokyo Slows Amid Pandemic

Economy Politics Lifestyle Feb 10, 2022
Tokyo is losing its appeal as a place to live, although many of those leaving only move to a neighboring prefecture.

A report issued by the Ministry of Internal Affairs and Communications on population movement within Japan in 2021, based on information from the Basic Resident Register, notes that the number of people moving into Tokyo exceeded the number of people moving out by 5,433. This is the eighth consecutive annual net inflow since 2014, when the report began to include foreign residents, but it decreased by more than 80% compared to 2020. The 23 municipalities of central Tokyo registered a first net outflow since 2014, of 14,828 people.

During a five-year period starting in 2015, the government sought to stem the flow of people moving into the Tokyo metropolitan area from elsewhere in the country under a comprehensive strategy for regional development, but little progress was made. However, the COVID-19 pandemic that began to unfold in 2020 has led to increased working from home and a rethinking of lifestyles that has diminished Tokyo’s appeal as a place to live. 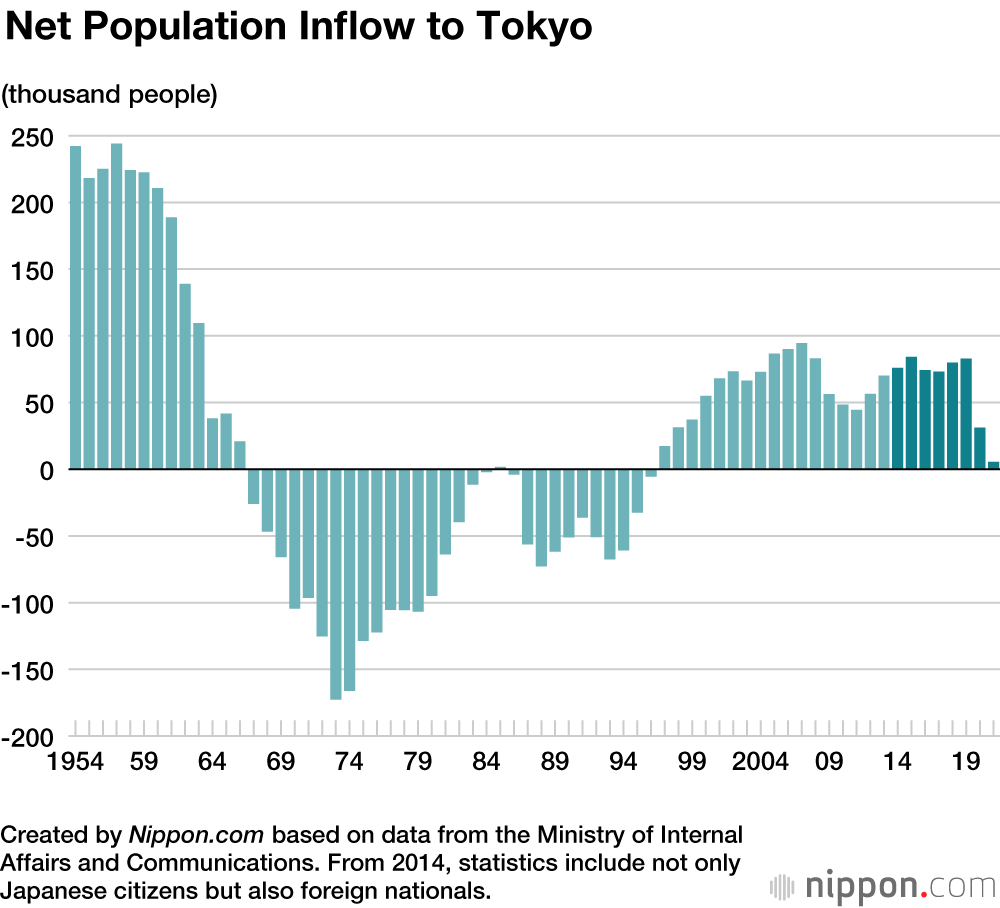 The number of people moving out of Tokyo increased by 3.2% over the previous year to 414,734, of whom 96,446 moved to Kanagawa Prefecture, 78,433 to Saitama Prefecture, and 58,485 to Chiba Prefecture. In other words, half moved to another location within the Tokyo metropolitan area.

However, net inflow to the Tokyo metropolitan area as a whole (Tokyo, Saitama, Chiba, and Kanagawa Prefectures) has fallen since the outbreak of the pandemic. In 2021, the total was 81,699, down 17,544 on the previous year. 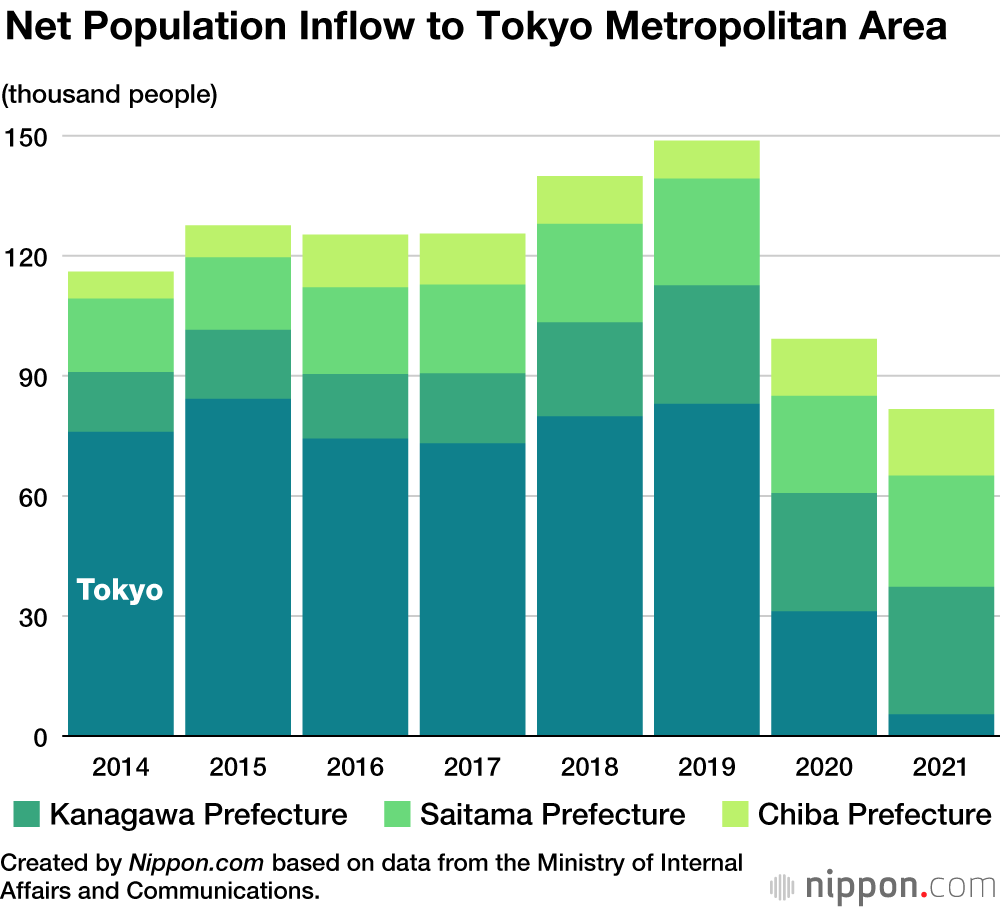