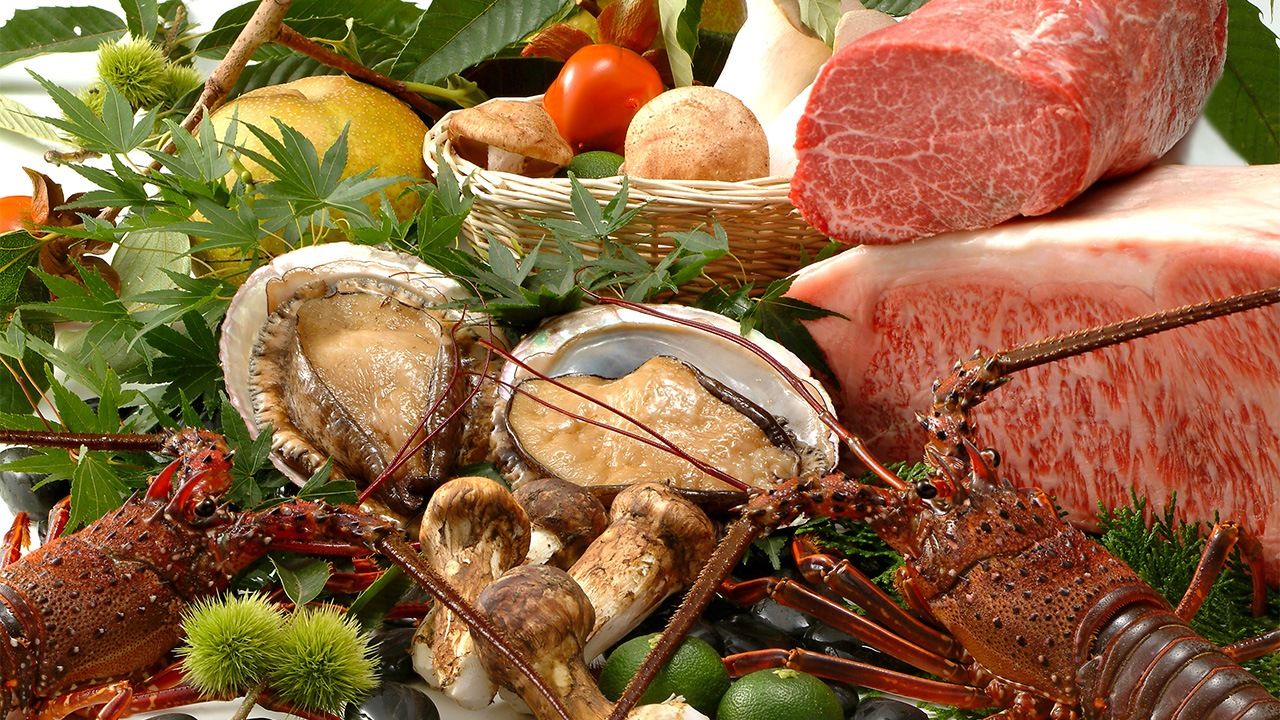 Economy World Lifestyle Feb 21, 2022
The export value of Japan’s agricultural, forestry, and fishery products in 2021 reached the government’s target of ¥1 trillion for the first time. The government aims to further increase exports to ¥2 trillion by 2025 and ¥5 trillion by 2030.

In 2021, Japan’s exports of agricultural, forestry, and fishery products and foodstuffs increased by 25.6% year on year to ¥1.24 trillion, topping ¥1 trillion for the first time. Even though the global pandemic continues, exports were strong to China and the United States, where economic activity has rebounded, and there was some successful development of new sales channels, such as retail stores and online sales. 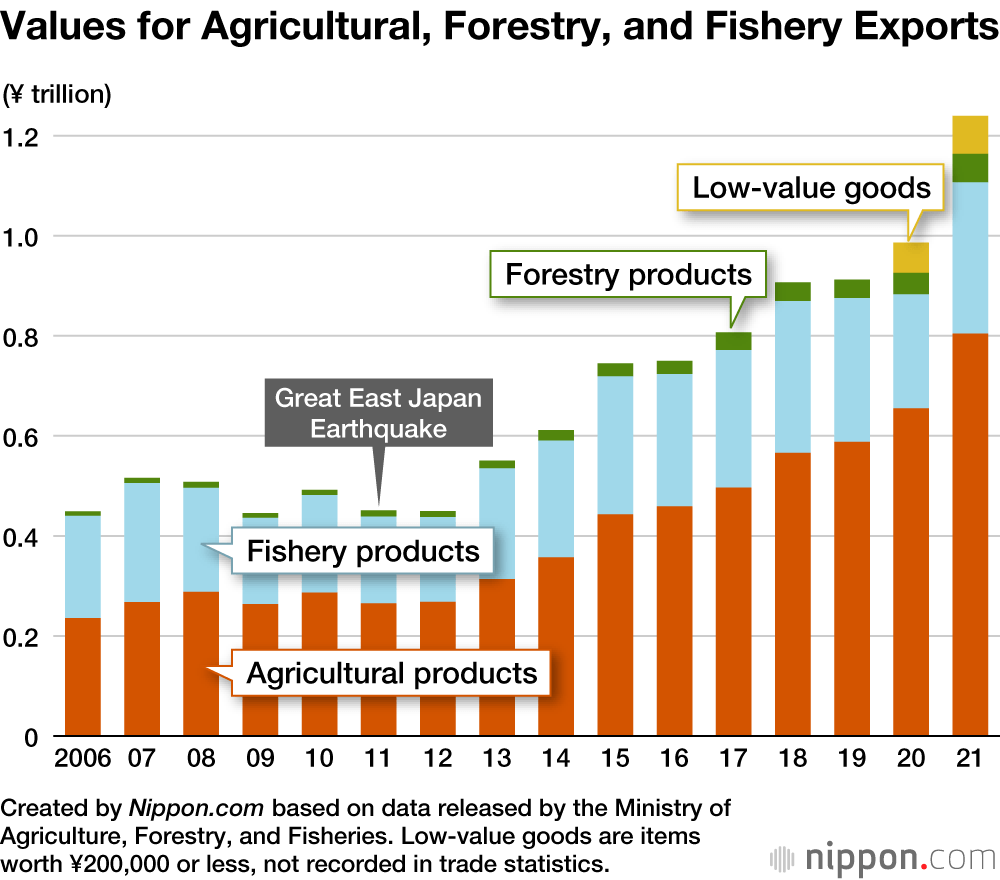 By product, exports of scallops more than doubled to ¥63.9 billion, while sales of beef increased 85.9% to ¥53.7 billion due to the popularity of cut products for individual use in the United States. Whiskey and sake also performed well, with exports up 70.2% and 66.4%, respectively. 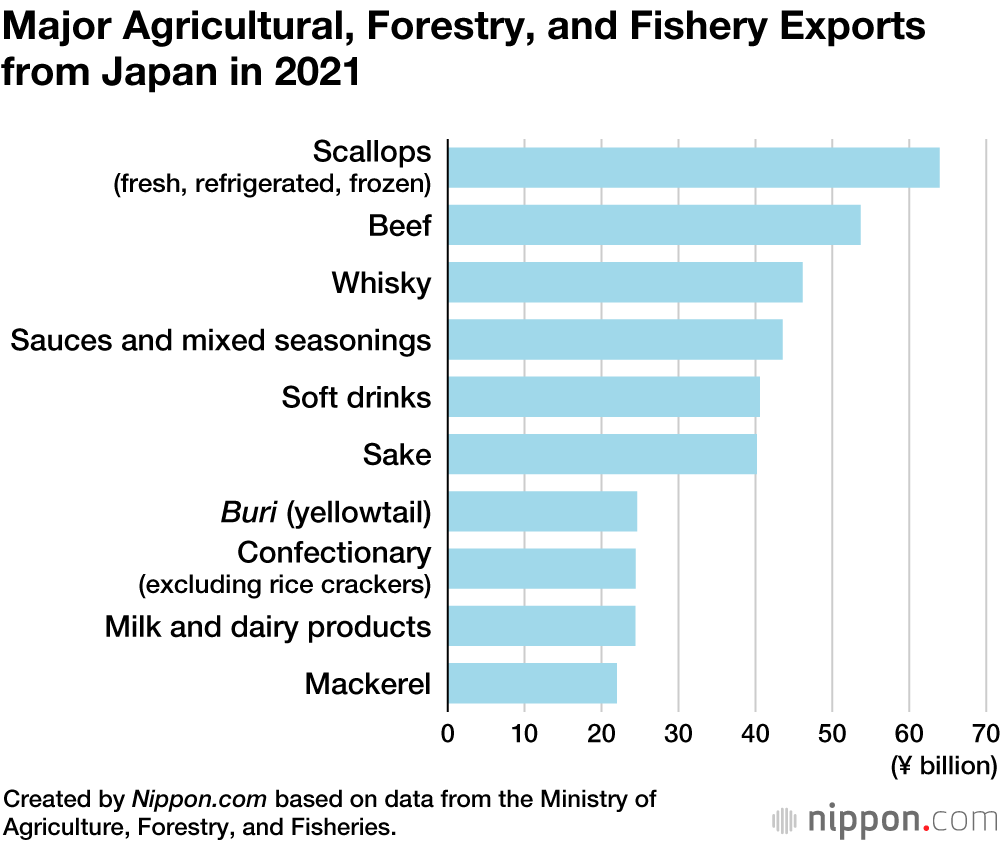 By country or region, exports to China increased by 35.2% to ¥222.4 billion, led by sales of scallops for restaurants and whiskey. Exports to Hong Kong increased by 6% to ¥219 billion, while exports to the United States increased by 41.2% to ¥168.3 billion thanks to strong sales growth for beef. 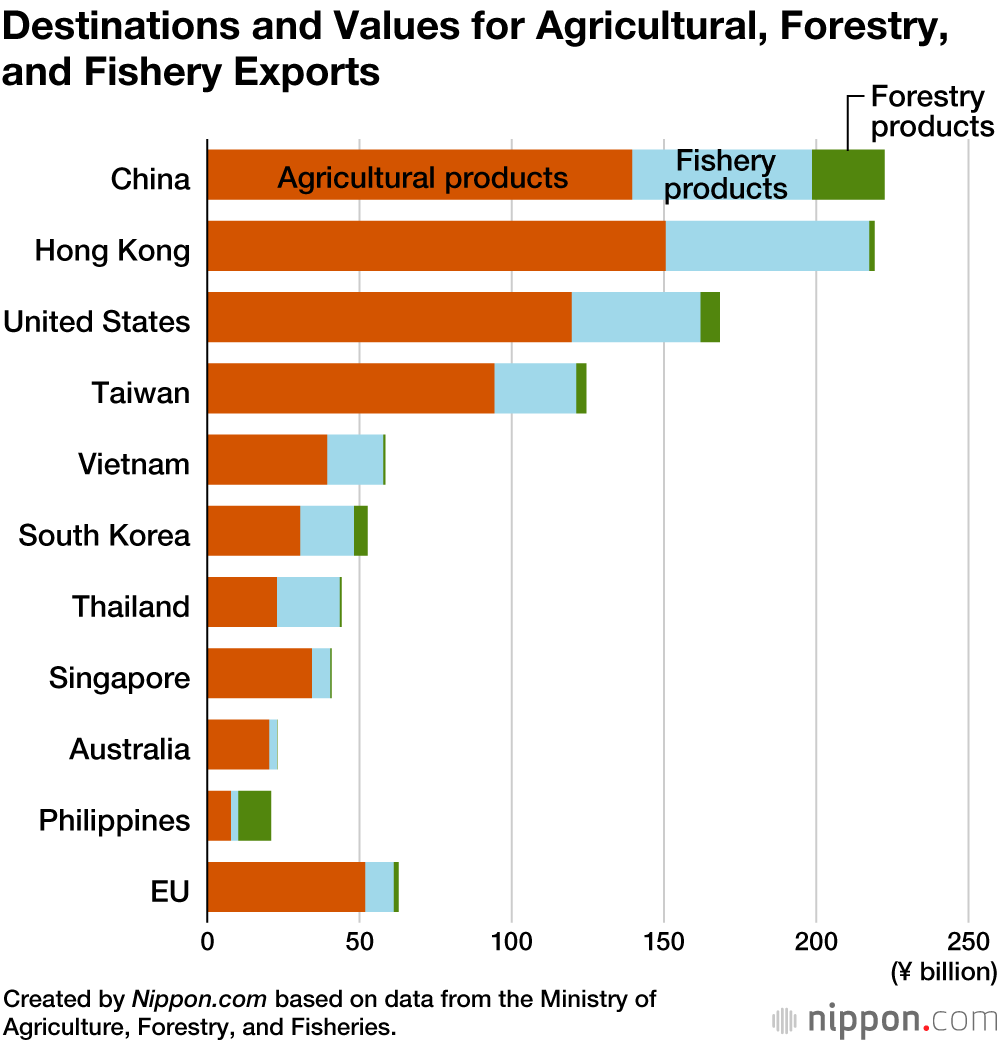