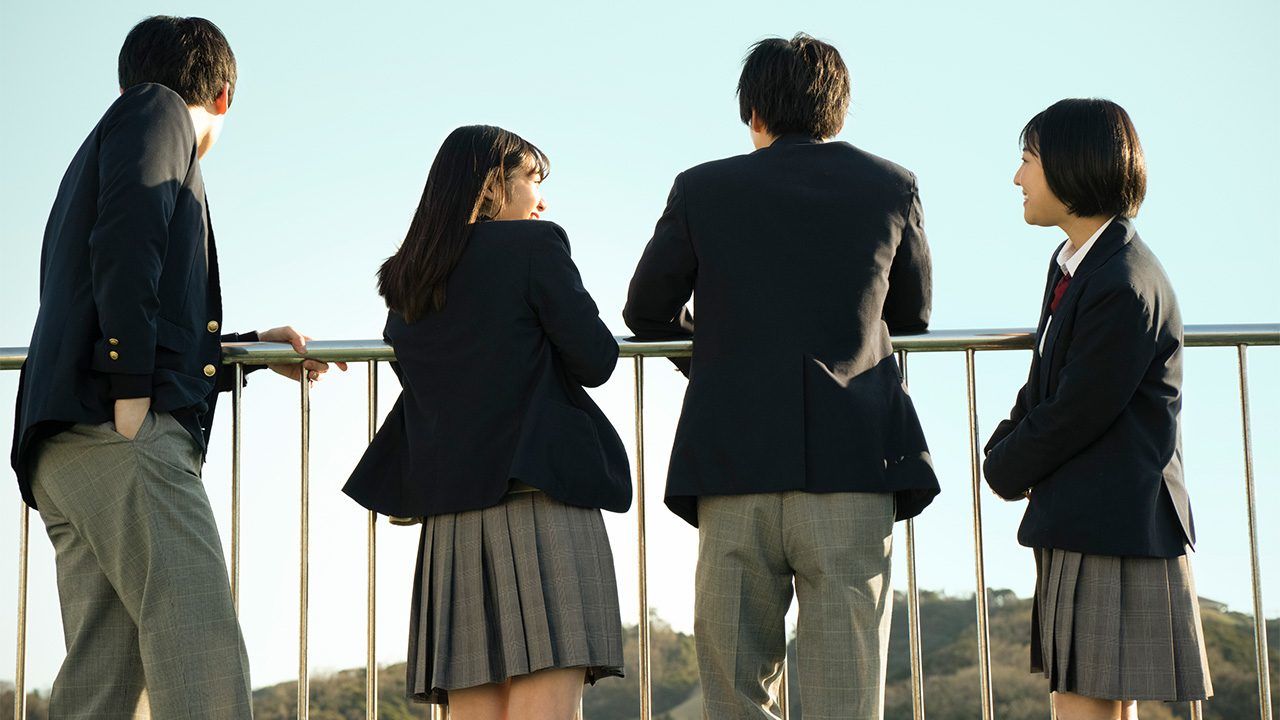 Lifestyle Health Gender and Sex Feb 22, 2022
A survey among young people in Japan found that there was often reluctance to talk about periods and related issues.

In an online survey in Japan conducted by the Nippon Foundation, 40.0% of girls aged 17 to 19 and 17.8% of boys the same age said that they strongly agreed or agreed that they knew enough about periods. The survey targeted 1,000 young people. 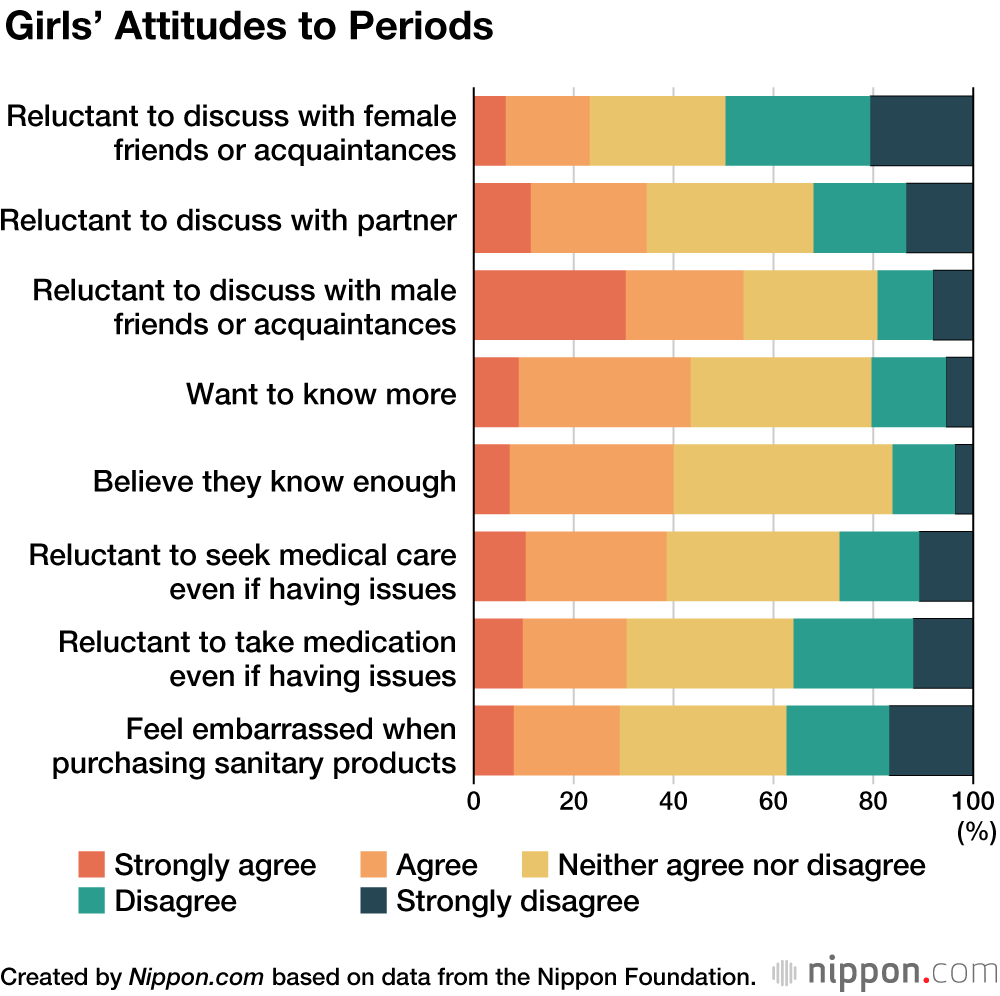 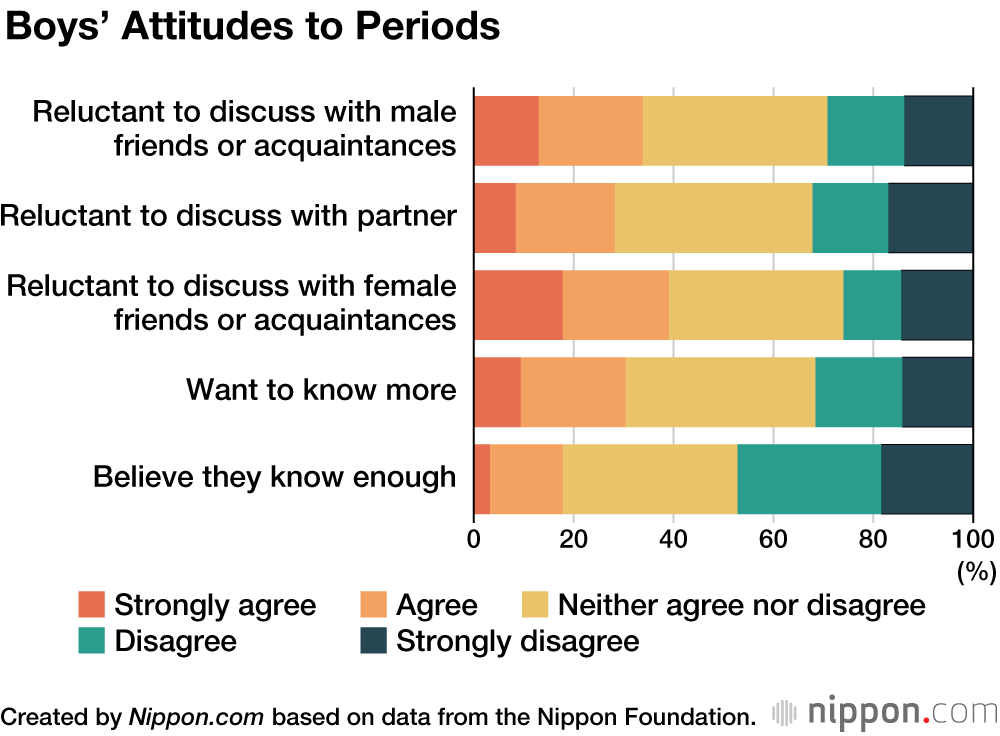 Women and girls may incur psychological damage when, in addition to suffering from physical changes caused by periods and having to deal with them, they are also faced with people who do not understand that periods can affect one’s physical condition or think that they are slacking off. 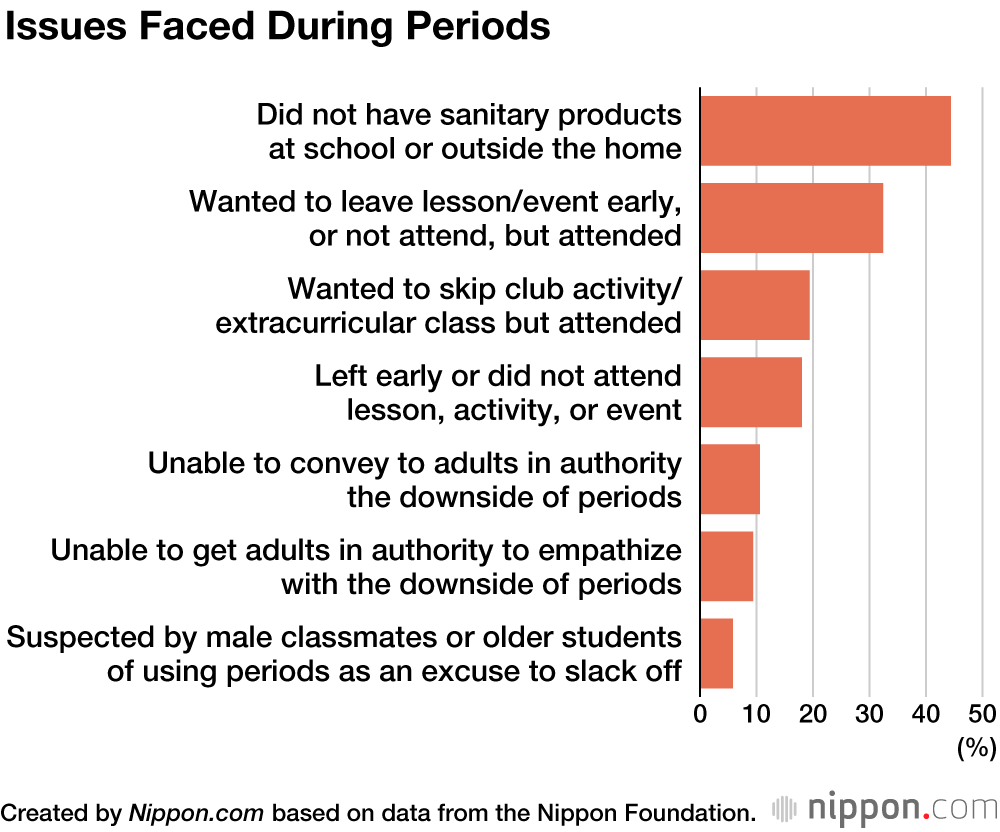 Furthermore, 74.4% of girls and 61.0% of boys responded that boys also need to know more about periods. Boys need to understand, just as girls do, about the social issues surrounding them. 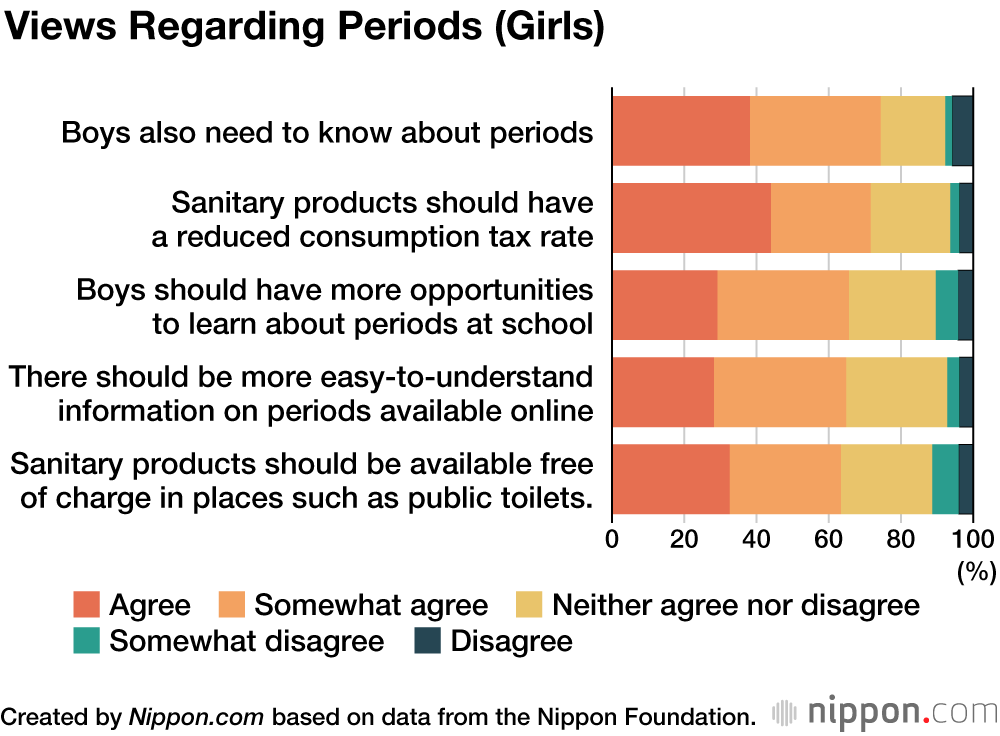 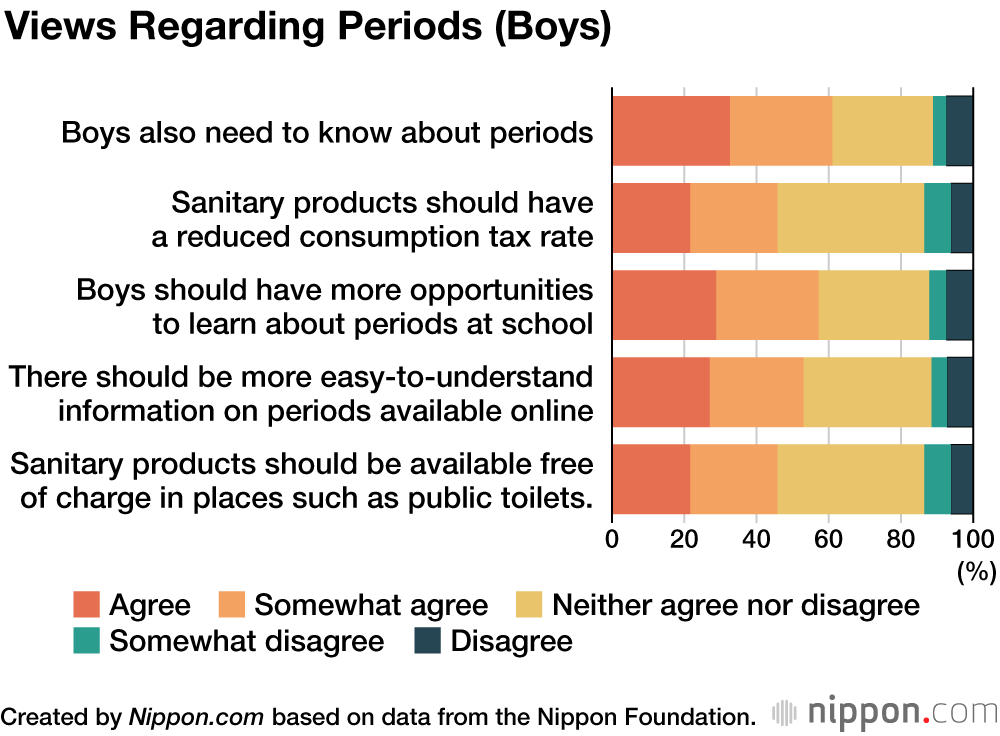