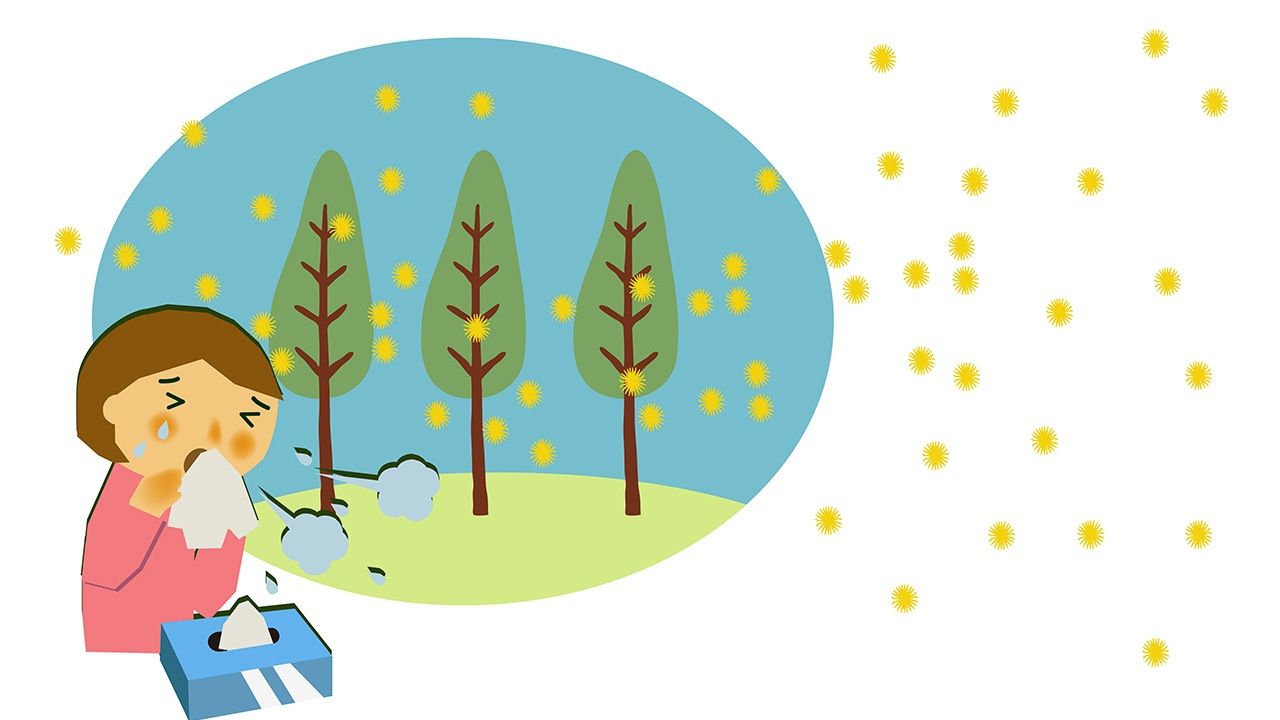 Health Environment Lifestyle Feb 25, 2022
While the lingering cold delayed it somewhat, the spring pollen season has begun in many parts of Japan.

Japanese weather forecasting company Weathernews announced that Tokyo and 13 other prefectures, including all those in Kyūshū, had entered the spring pollen allergy season by February 21, based on its measurements and user reports of symptoms.

The lingering winter cold meant there was a later start to pollen dispersal than usual. However, maximum temperatures of around 15 degrees, particularly in Kyūshū and Shikoku, from mid-February triggered the start of the season.

The main season for Cryptomeria japonica pollen from the sugi, or Japanese cedar, will last until mid-March in Kyūshū, Chūgoku, and Shikoku, and until the end of March in the Kantō and Tōkai regions. Then the season for Chamaecyparis obtuse pollen from the hinoki (Japanese cypress) will continue in most of Japan until around mid-April.

Meanwhile, Hokkaidō’s season for Betula platyphylla pollen from the shirakaba, or Japanese white birch”,will hit its peak in early May in the south and center of the prefecture, and in mid-May in the north and east. 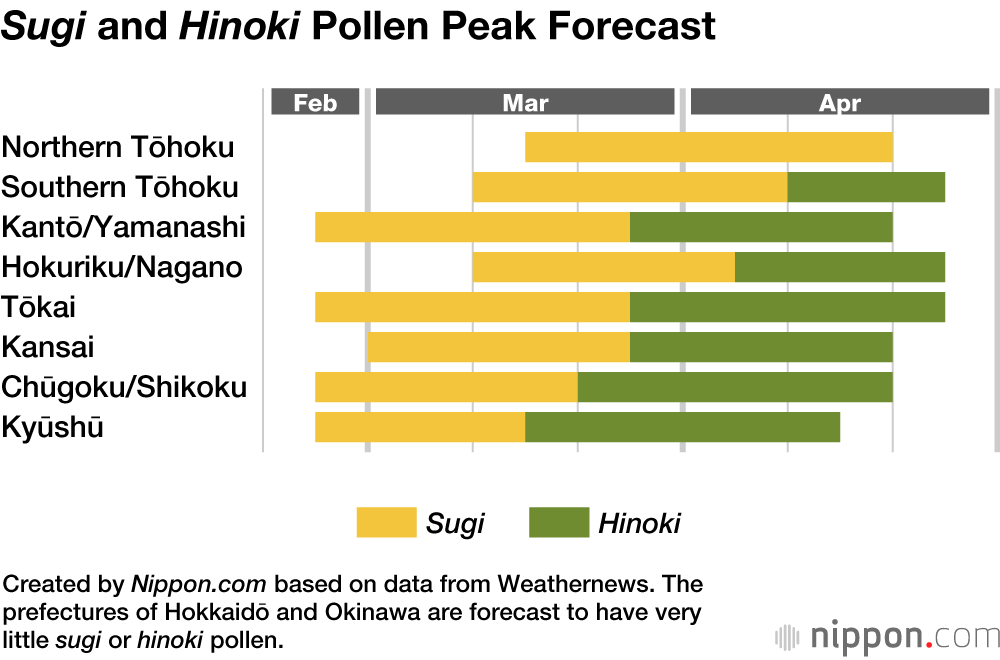 Hokkaidō is forecast to have 180% as much pollen in 2022 as in the previous year, while northern Tōhoku and Hokuriku are expected to have 130% as much. In Kantō and Tōkai, a similar amount is forecast as last year, but western Japan, which saw high pollen counts in 2021, is predicted to see a reduction to around 75%. 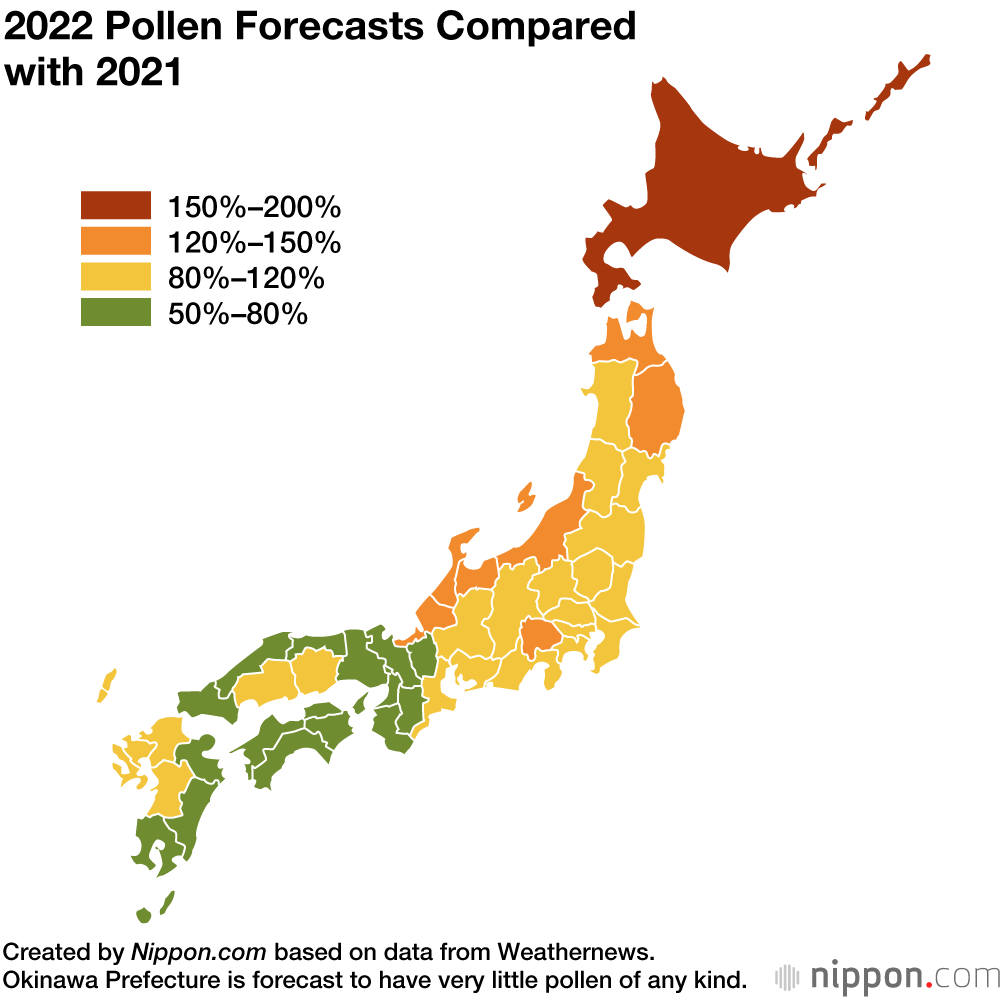